In Immortals Fenyx Rising, while you are adventuring throughout the Golden Isle, you’ll notice that there is a whole range of different secrets that you might stumble upon. As well as the hidden quests that appear when you arrive at places of note, there is a secret quest called “A Symbolic Victory.”

This quest begins with Fenyx finding what appear to be little blue fairies in cages, but they are actually fragments of Nike, the goddess of victory. There are four to find throughout the world, and once they have all been released, you must find and free Nike herself. Most of the locations are rather obscure, but there is a large stone map next to each cage that makes them a little easier to spot.

The reward for completing the quest isn’t exactly great, but if you are a completionist or just enjoying the extra mythological tales that are told while playing, see below for all the locations. 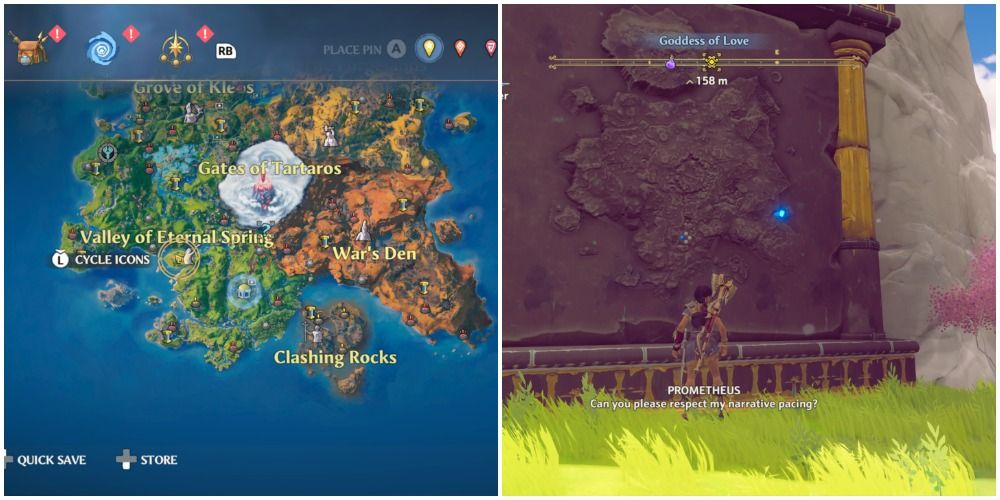 The first Nike fragment that you will likely find is the one in the Valley of Eternal Spring as it is on the large statue of Aphrodite, behind her back. Release the fragment from the cage to begin the quest. 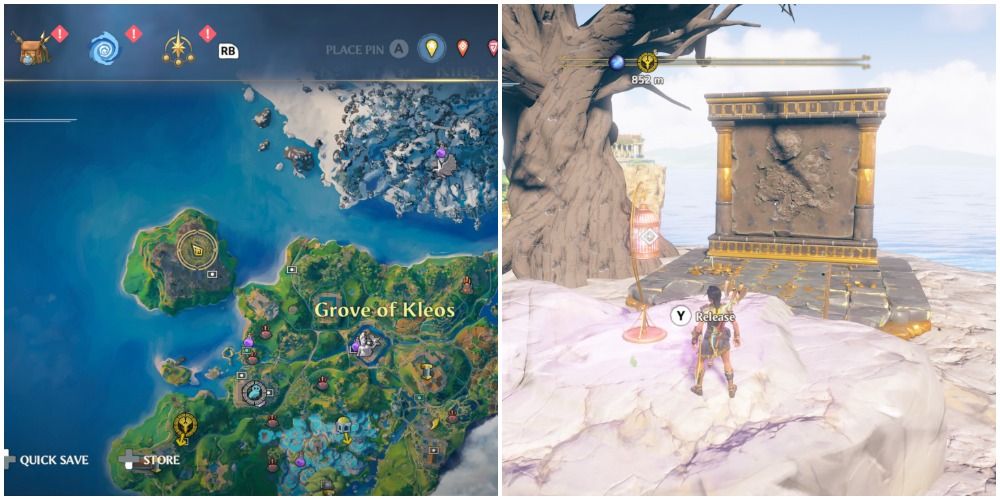 The next Nike fragment is definitely off the beaten track, as it’s on an island to the north-west of the Grove of Kleos mainland that you might not otherwise visit. It’s actually on the same island as the Mythical Monster boss Medusa the gorgon. So if you’re hunting these beasts, you can do both at the same time while on the island. 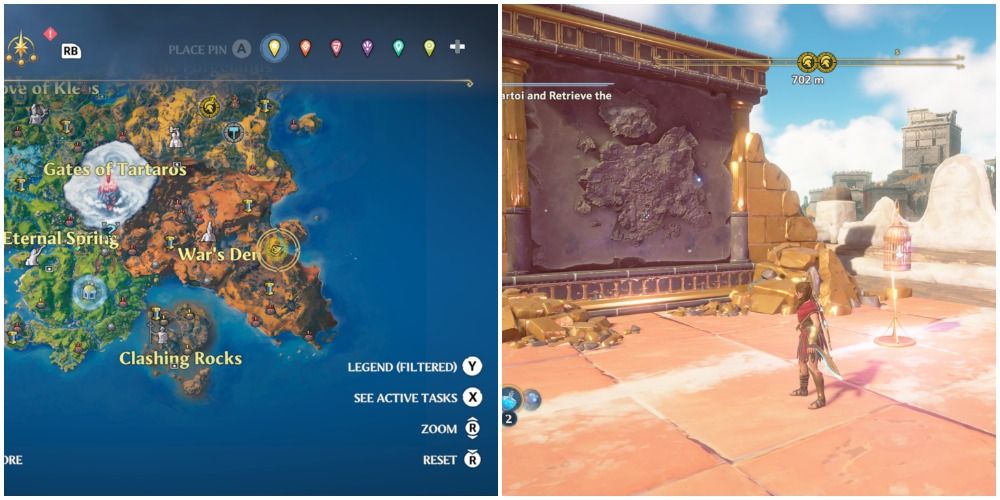 The next fragment is over in War’s Den, right near the large crossbow. You can fast travel to the statue of Ares, spot the large crossbow from there, and glide towards it (though you might need to run the last little bit). Atop the small tower right next to the crossbow you’ll find the next caged fragment. 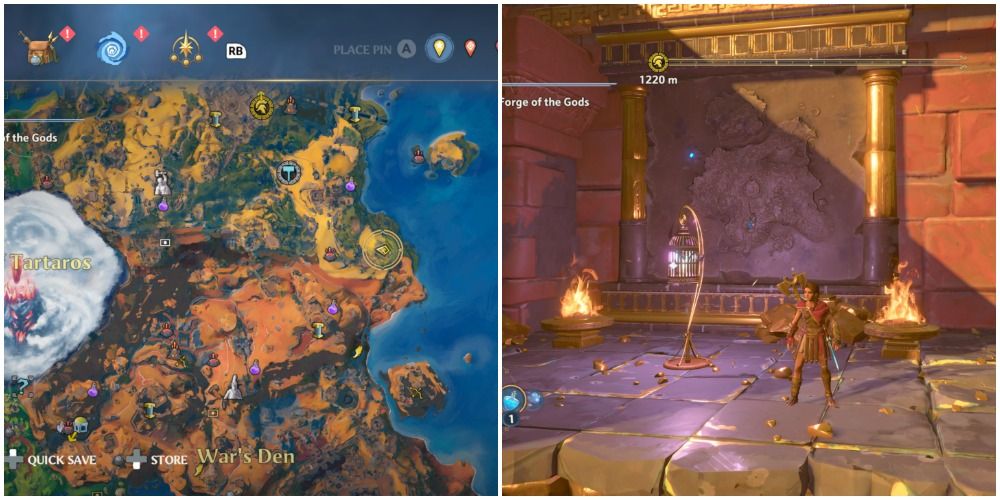 In the Forgelands, you want to head towards the area shown on the map until you find a destroyed building. From a distance, it almost looks like two towers next to one another, but as you get nearer you’ll see it’s one large building that has been partially destroyed. Head over to this area and you will see the last Nike fragment hidden on the second floor. It will be in one of the remaining corners of the building.

Where to Find Nike 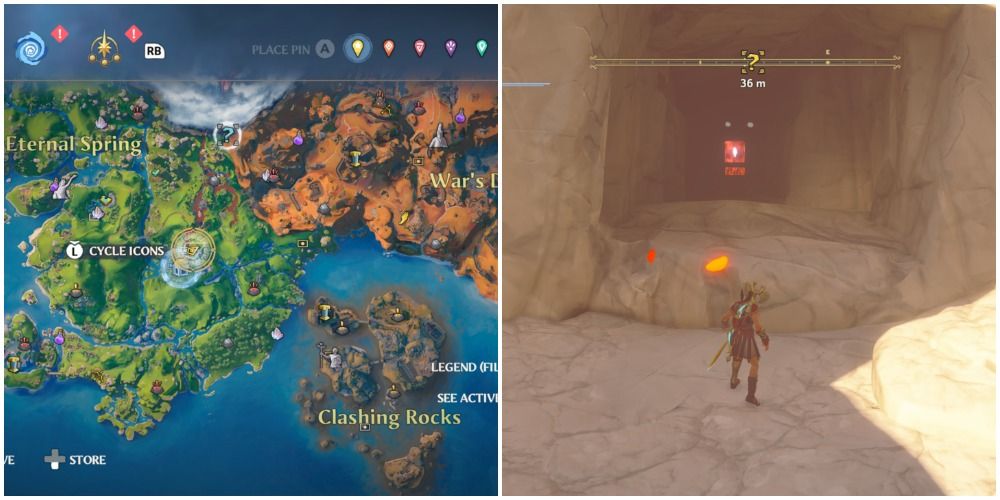 Now that you’ve found all four fragments, the location of Nike will actually be marked on your map as a quest. You’ll want to head to the Hall of the Gods, as Nike’s cave is just below it. Head on inside to trigger the cutscenes and the quest will complete itself with no further work needed. 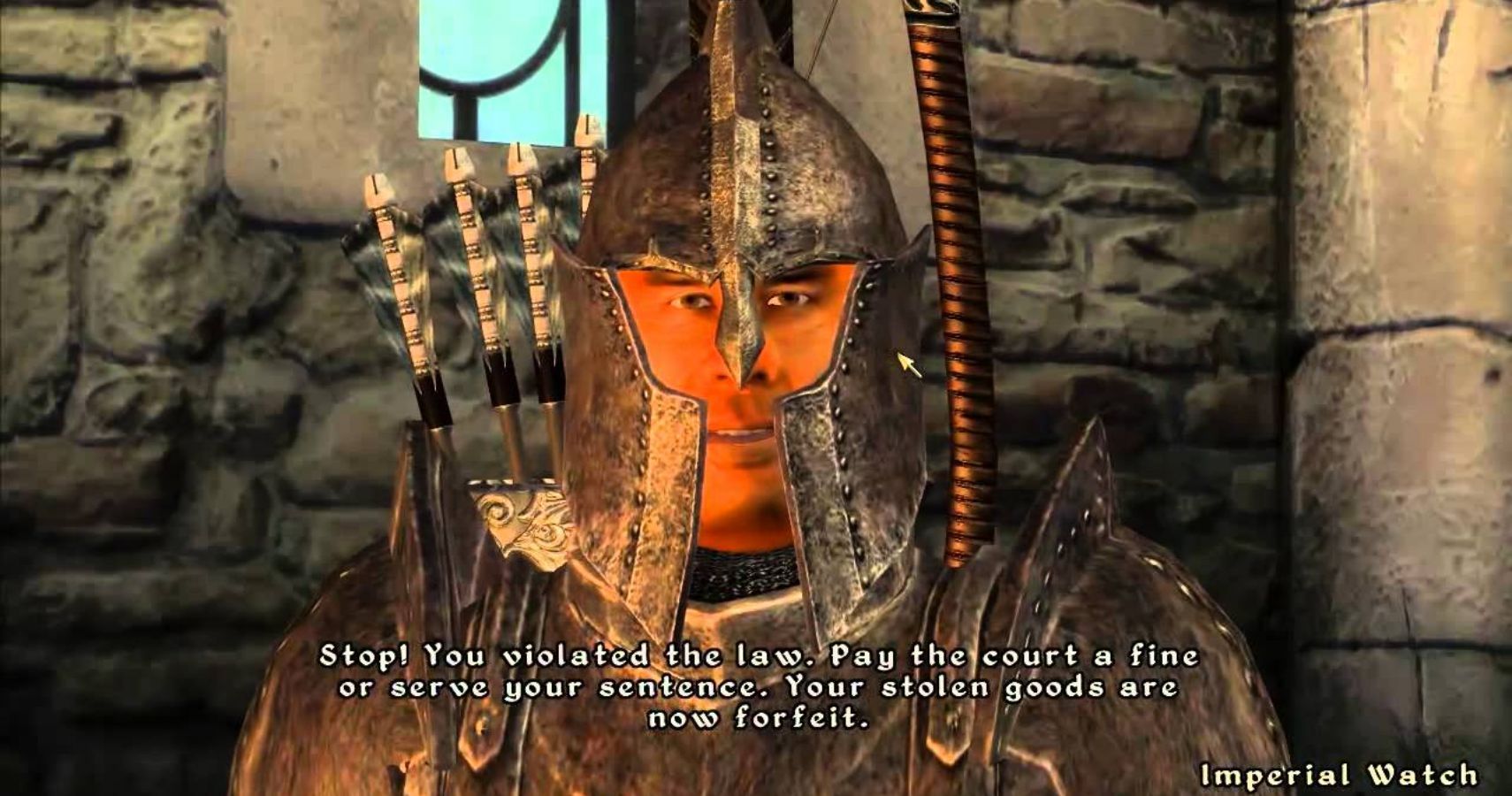