The release date of Immortals: Fenyx Rising has been leaked via the Microsoft Store, along with screenshots and more details about the game.

It’s starting to feel as if an anticipated game can’t be released unless it is first subject to a hefty delay. Final Fantasy 7: Remake, Marvel’s Avengers, Cyberpunk 2077, Halo Infinite. All have been or are in the process of being delayed beyond they’re initially promised release date. Ubisoft’s Gods and Monsters can also be added to that list.

Not only that, but the game is also no longer called Gods and Monsters. A rating board leak revealed that the game’s name has been changed to Immortals: Fenyx Rising. Probably something Ubisoft developers wanted to reveal themselves, especially since the next Ubisoft Forward is meant to be taking place later this month. 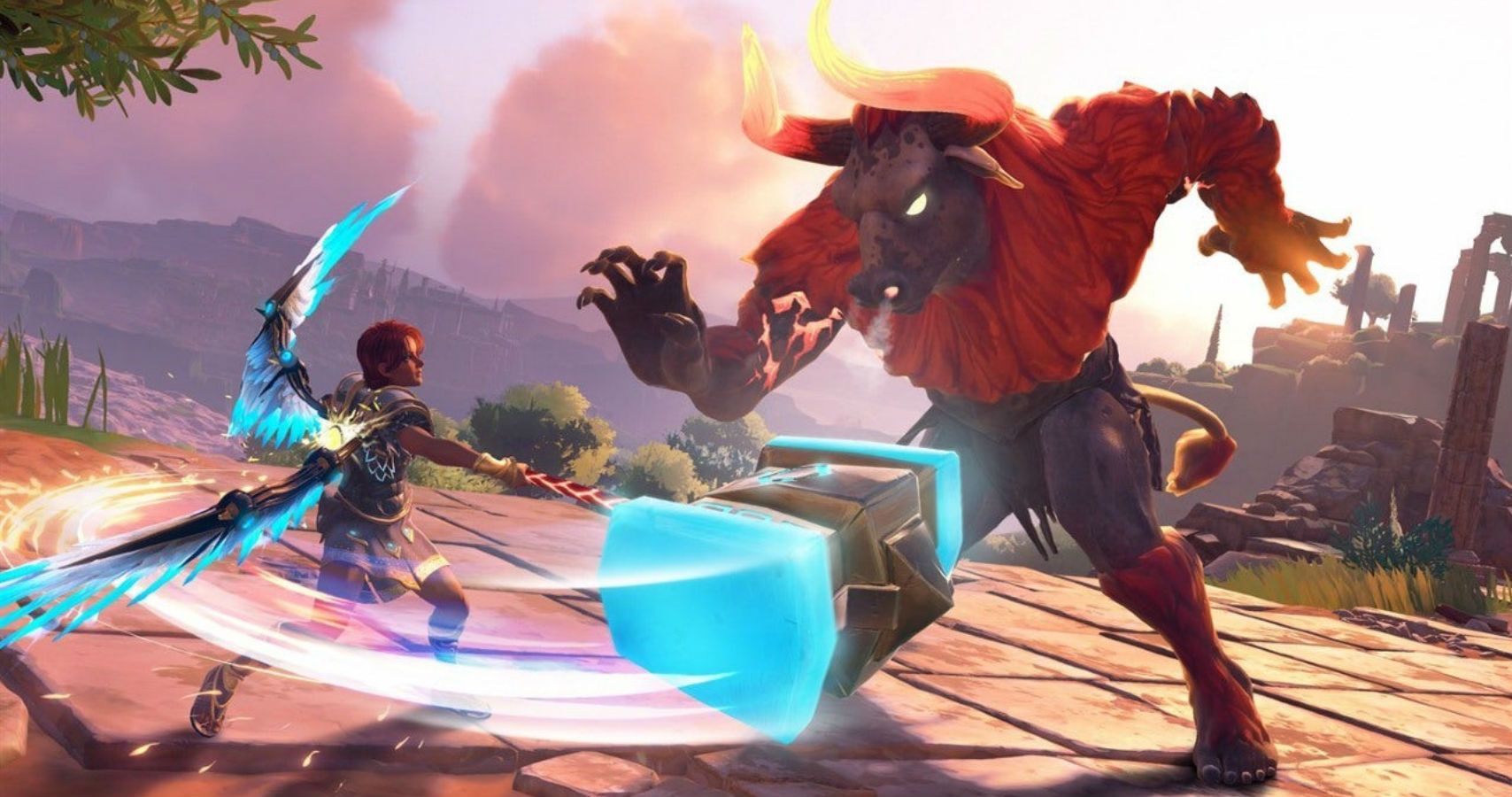 Furthermore, thanks to a leak via the Microsoft Store, those eagerly anticipating the release of Immortals: Fenyx Rising now know how much longer they have to wait. According to the listing, the game will arrive on Xbox One December 3, 2020. It will also include a smart delivery system which means anyone who has bought and played the game on Xbox One will have a copy of it waiting for them on their Xbox Series X.

It gets worse for Ubisoft. Along with a new release date (more than nine months on from the original), the Microsoft Store listing includes screenshots and even previously unrevealed details about the game and its story. The overall look of the game appears to have been altered since it was revealed via a short trailer at E3 2019. It originally had a look akin to that of Zelda: Breath of the Wild, but not so much anymore.

As for the new details, the listing reveals that Immortals: Fenyx Rising will be open world and include seven unique regions. It’s up to Fenyx to save the Greek gods from a curse placed upon them. Players will be tasked with fending off mythical beasts such as Cyclops and Medusa. Although the listing only pertains to the release date on Xbox One since it was on the Microsoft Store, December 3, 2020, could well be the release date across all platforms.