Zoids is making a comeback in North America because it’s 2020 and things couldn’t possibly get any weirder.

Since the last time Zoids was a North American game was way back in 2006, a bit of a history lesson is likely necessary here. Zoids is a super old franchise of giant robots that first got started as a line of toys and model kits in 1982. Those toys eventually spawned a game for the Commodore 64 in 1985, and then a couple of games for the Nintendo Entertainment System starting in 1987. Since then, dozens of Zoids games have been made for pretty much every platform up until the PS3/Xbox 360 era when Zoids just sort of disappeared.

Then Zoids returned in 2018 thanks to a brand new anime adaptation. The fifth anime to feature the Zoids name, “Zoids: Wild” was a total reboot for the franchise that gave Zoids a modern makeover. It only recently arrived on Netflix where it has been renamed simply “Zoids.” 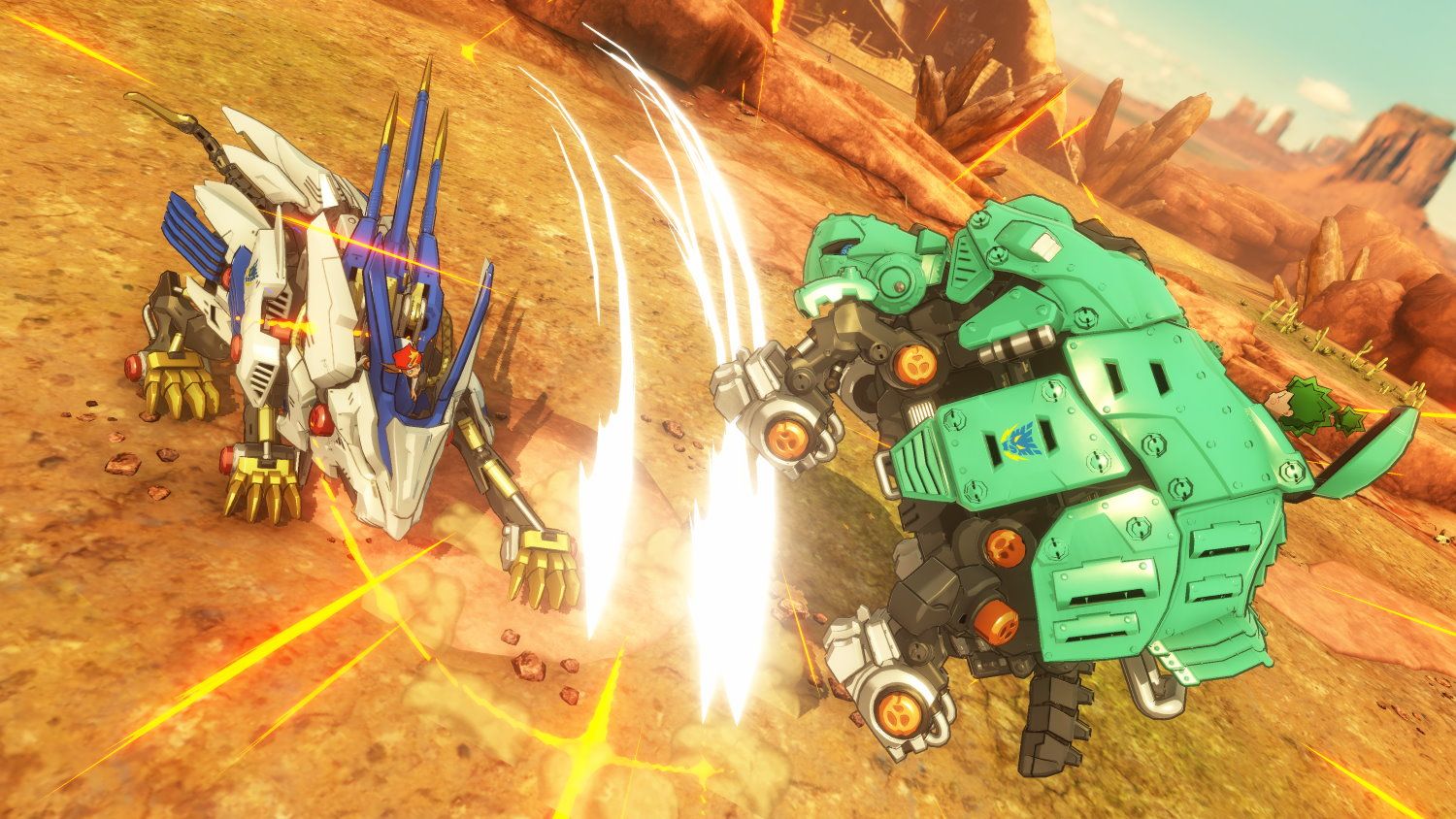 To capitalize on their return, Tomy Company Ltd is also releasing a Zoids game for the Nintendo Switch later this year.

This isn’t the first new Zoids game to hit the Switch, mind you. That honor belongs to Zoids Wild: King of Blast, which was a Japan-only release last year. The new game is called Zoids Wild: Blast Unleashed, retaining the Japanese “Zoids Wild” moniker just to make things a little more confusing for us Westerners.

Zoids Wild: Blast Unleashed is a fighting game along the same lines as King of Blast, but seems aimed at a slightly younger audience. Developer Outright Games describes Blast Unleashed’s controls as allowing players to “chain combos instinctively,” which we interpret as “button-mashy.” This fighting game is definitely not Tekken.

“Follow Arashi and his Wild Liger,” reads Blast Unleashed’s website. “Embrace Team Freedom. Meet Quade and Team Supreme and battle together against the Dark Metal Empire. The adventure is waiting for you!”

Zoids Wild: Blast Unleashed will feature characters from the show and have both single-player and 1v1 multiplayer fights. Pre-orders are available now with the worldwide release coming on October 16th exclusively for the Nintendo Switch.