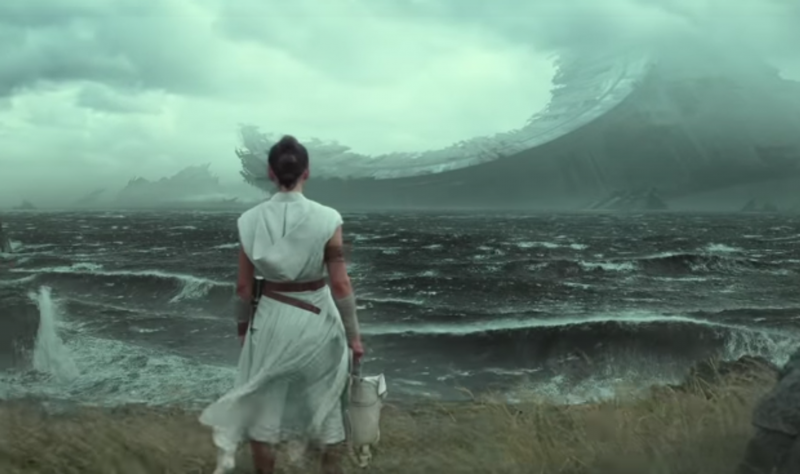 Today Lucasfilm released the first trailer for Star Wars: Episode IX (AKA The Rise Of Skywalker) and with it fans are already a flutter, with theories and rumors sweeping across Twitter, Facebook, and Reddit. However, J.J. Abrams has already uncharacteristically confirmed one of those theories hinted at in the trailer. If you want to go into Episode IX absolutely blind, turn back now. We’re jumping into spoiler space, friends.

Okay. So, at the end of this teaser, the familiar, spine-tingling cackle of Ian McDiarmid’s Emperor Palpatine can be heard. Abrams has confirmed that the voice is indeed Ian McDiarmid and that Palpatine is returning in The Rise Of Skywalker. Empire Magazine digital editor-in-chief got the confirmation from J.J. Abrams himself:

In case there’s any lingering ambiguity from the trailer (and McDiarmid’s appearance at the panel!), I can 100% confirm that Palpatine is back in The Rise Of Skywalker as I just asked JJ. He’s thrilled – and slightly incredulous- that McDiarmid’s presence on set didn’t leak. pic.twitter.com/qDzPQagXSW

It’s not clear whether Palpatine’s return is as a vision or actual character, but we’ll find out come December, when the movie releases. For more on Star Wars, check out our photo gallery from the Star Was Celebration event.

FromSoftware Confirms That Dark Souls Servers Will Be Back Online Soon