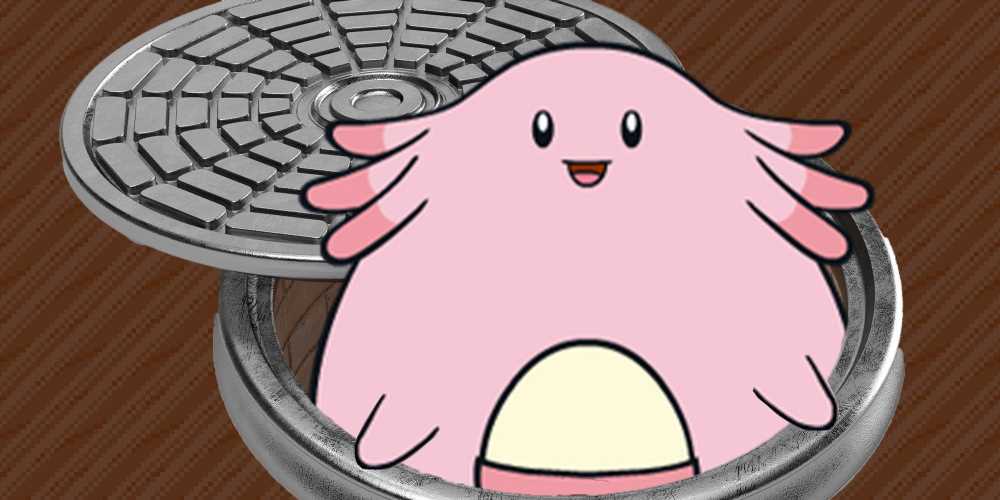 Pokemon has become such a juggernaut that you'll struggle to find any item that hasn't had something from the franchise officially slapped on it. You'd even think the new line of Pokemon manhole covers starring Chansey is a first for the series, but the Pokelids unveiled by Pokemon last week are just the latest in a series of manhole covers fans can find all over Japan.

Pokemon revealed the nine new manhole cover designs last week, all featuring Chansey frolicking with other Pokemon. The normal-type gen one Pokemon can be seen jumping with Wooper on one of the covers, laughing with its evolved form Blissey in another, and peaking out from behind a Vannilish in a third. If you want to see them all in the wild, you'll need to take a trip to Fukushima.

All nine manholes will be dotted around the prefecture, and Pokemon has provided a map for trainers who want to track them down. The Vulpix manhole covers created and placed in a different region in 2019 were also tied into Pokemon Go, each getting its own PokeStop. It hasn't been confirmed if that will be the case with the Chansey covers, but it seems likely.

As for choosing Chansey, the egg-carrying Pokemon was dubbed an ambassador of Fukushima in 2019. Since then the prefecture has received Chansey-themed parks, held events to remind residents which Pokemon represents them, and now it will be getting Chansey manhole covers. Fukushima is one of eight prefectures in Japan to have its own Pokemon ambassador. 39 more do not, so it seems likely more Pokemon ambassadors will be named in the future.

Perhaps one of the gen nine Pokemon introduced via Scarlet & Violet will be the next to get the ambassador treatment. Despite a rocky launch when it comes to bugs and glitches, the new games managed to sell more than ten million copies in their first three days. You can also spin your trainer infinitely faster with no consequences. Undecided on whether that's a good or a bad thing.