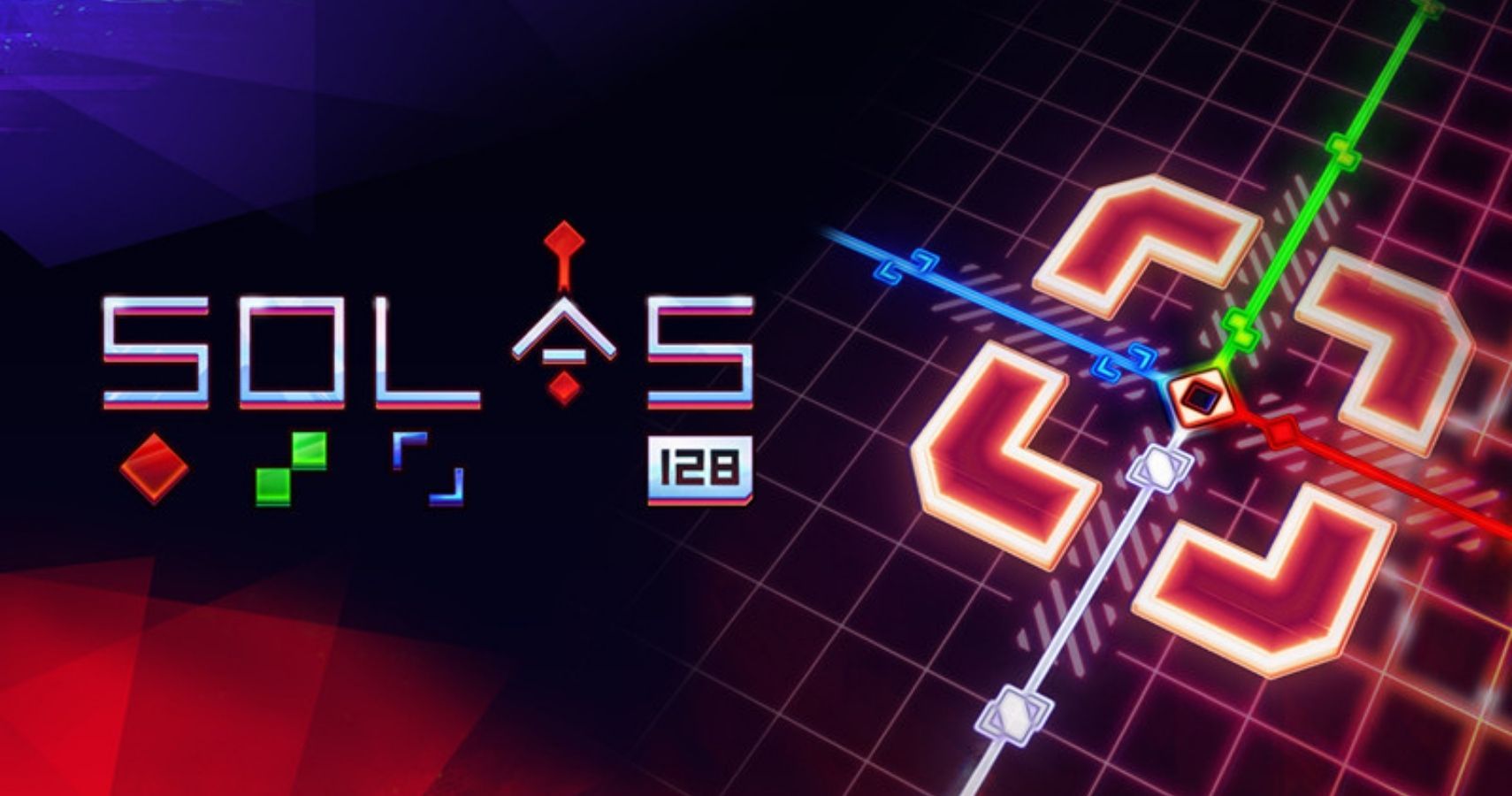 As of this writing, the Steam page for SOLAS 128 does not have a price point listed, but it does have the free-to-download SOLAS 128 prologue you can try out. The Switch version of the game lists its price point as $14.99.

According to the official press release, SOLAS 128 is branded as “a beam deflection game with a difference,” while the website may have a clearer definition with describing it as “a rhythm-based, synthwave-infused puzzle game about controlling pulses of light that move to the beat.” The beat is a solid synthwave track straight from the 1980s, and you’re task is “to reflect, collide, merge, split, and filter” those light pulses in order to reconnect paths and explore each game screen.

SOLAS 128 is a puzzle game with a story behind it, as the game is set within a neon clockwork mechanism under attack by some mysterious unknown and outside force. The assault is destroying the mechanism piece by piece, and you must use the brilliant beats of light and sound to learn how the machine works, and repair it as quickly as you can.

SOLAS 128 features over 150 interlocking puzzle screens to challenge you. The puzzle screens will begin as small sections to allow you to learn the game mechanics, and will grow to larger and larger spaces as you advance to each puzzle section. Puzzle screens will also be combined, making it so that you have to maneuver the light pulses through multiple connected screens to complete the entire puzzle. New puzzle pieces and game mechanics will also be discovered and presented, and not all of them are designed to be helpful. You’ll have to learn how each new piece affects the puzzle screen, and figure out out to use them to your advantage.

Throughout the game, you’ll have the benefit of an in-game hint system that can help guide you through the puzzle challenges without giving away spoilers. Additionally, the game was designed from the start with gamers’ accessibility in mind, with each pulse of light represented by glyphs with their own unique shape and profile. The press release also states the game has customizable contrast settings for colorblind and vision-impaired players.