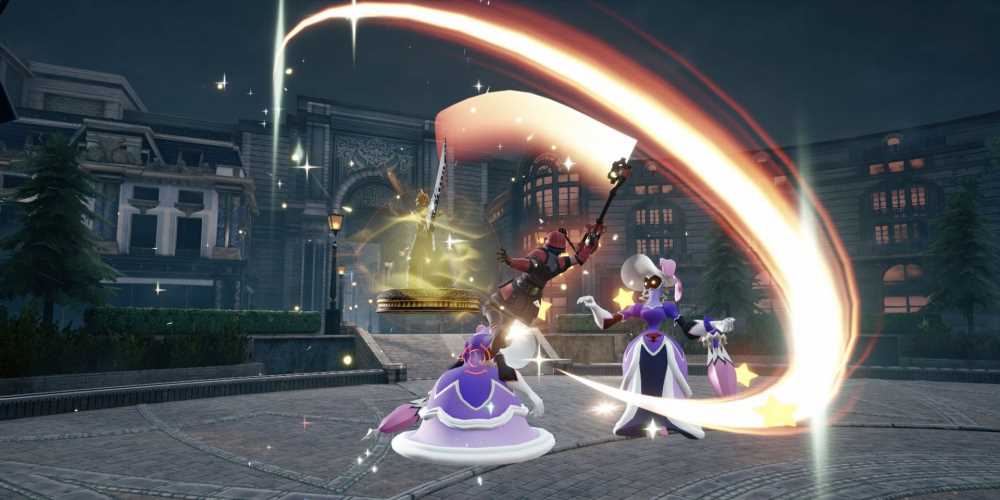 Tetsuya Nomura has revealed that development on Kingdom Hearts Missing Link is around 50 percent complete, with zero percent of that being main story content.

Kingdom Hearts Missing Link just finished its first closed beta period in Japan, with a select number of lucky players getting the chance to try it out for the first time. Impressions from those players have also given us some of the first gameplay and story details, such as the ability to swap between Keyblades. One notable detail was that the closed beta had no story missions in it, something that now makes sense following a recent statement from Nomura.

As reported by KH13, the Japanese Kingdom Hearts Dark Road Twitter account (which is also being used to promote and give updates on Missing Link) shared a message from Nomura, who thanks players for trying the game out and reveals that development is around 50 percent complete. Interestingly, zero percent of that is main story content, despite the reveal trailer including some cutscenes.

As translated by KH13, Nomura said, "Thank you for participating in the prototype test. [Regarding development progress], we have implemented 70% of all the features, 50% of the UI, and 0% of the main storyline. Including the fact that we haven't implemented the storyline, I would say development is, overall, about 50% complete. Our staff will continue to work hard on developing Missing Link. I hope that Android users like myself have the opportunity to try it out soon."

KH13 later clarified that Nomura's message does not necessarily mean that Missing Link's development is halfway complete, as it's possible that he's referring to the content that's been implemented so far, as that word is repeated throughout the message. Whether Nomura meant development is at 50 percent, or if 50 percent of the game was implemented in the prototype isn't quite clear.

Although Missing Link having zero percent of its story content included right now might make it seem very far off, it's worth noting that previous Kingdom Hearts mobile games have continually updated the main campaign with new missions and pieces of content.