Kirby and the Forgotten Land tasks Kirby with rescuing Waddle Dees that have been captured from Planet Popstar and put into cages. Over the course of the game, you're going to need to find a ton of hidden Waddle Dees throughout the many levels.

Each level will have between three and four hidden Waddle Dees that can be found. How to do so is different for each Waddle Dee in each level, but we've managed to find all of the ones within Natural Plains, the game's first world. Here's how to find them. 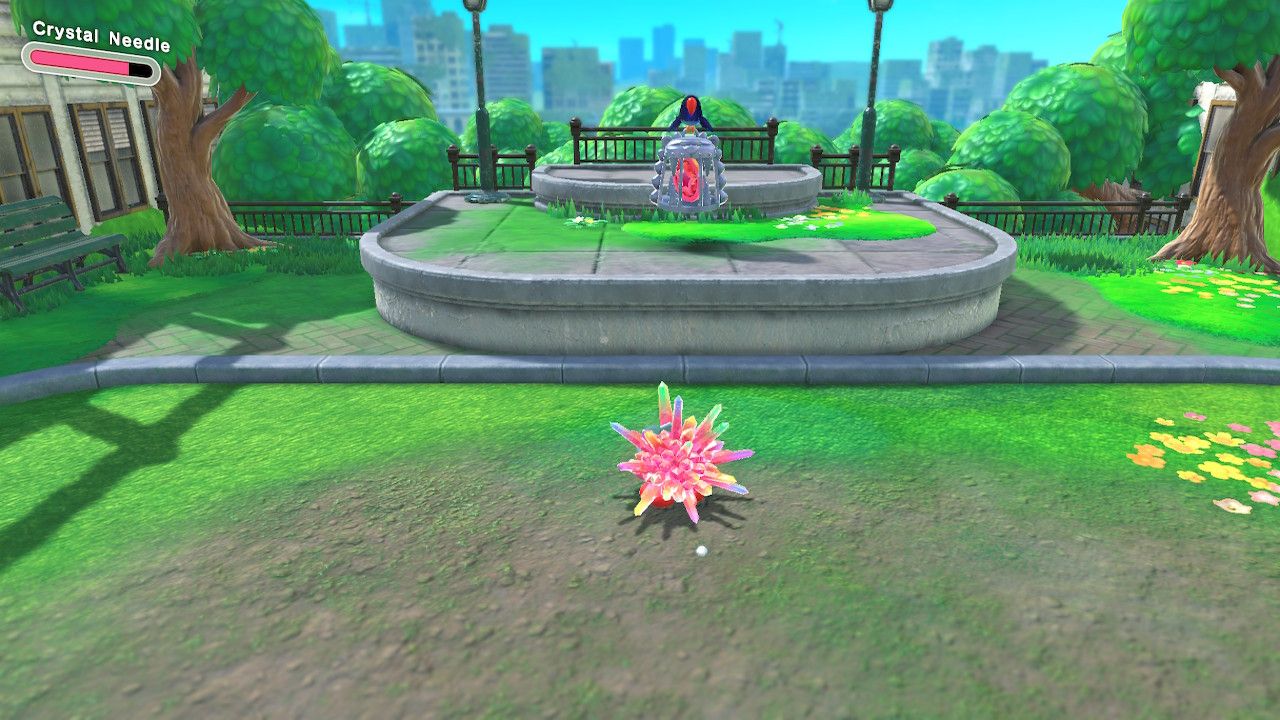 The first hidden Waddle Dee of Downtown Grassland can be found in plain sight as you reach the end of the Traffic Cone Mouthful Mode area. You’ll need to fight a boss first, but you’ll then be able to collect the Waddle Dee. 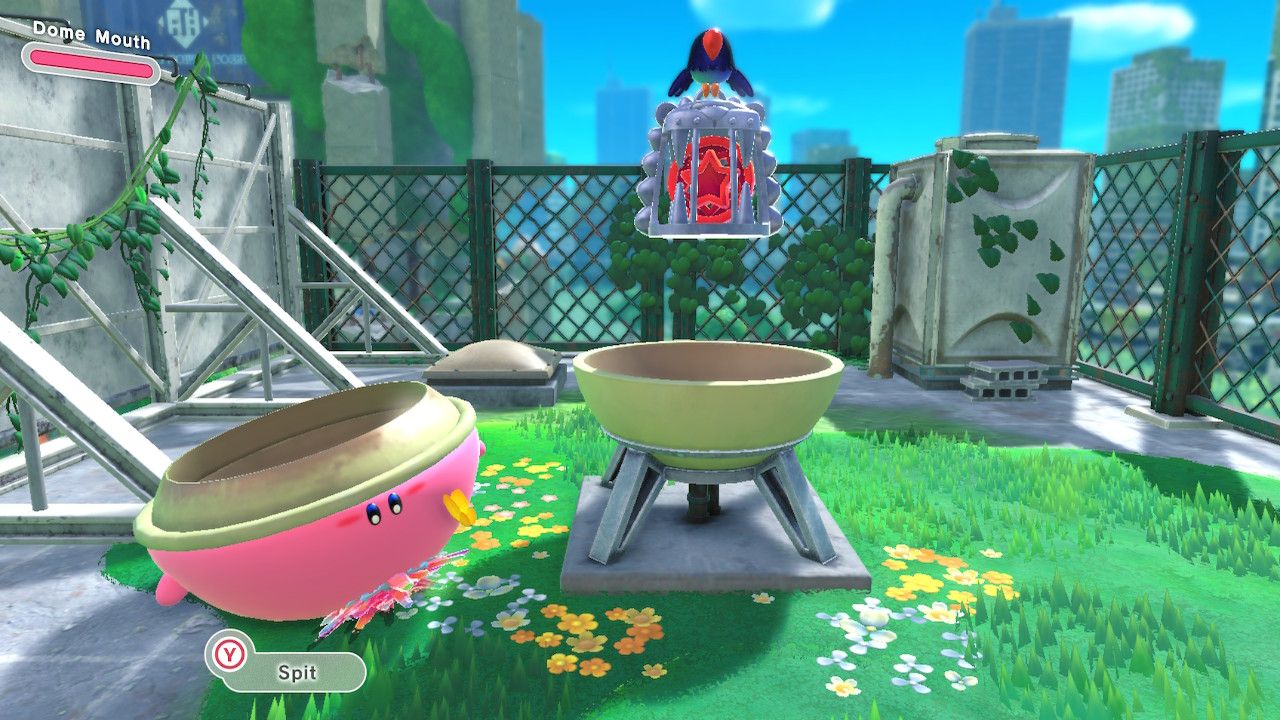 The second hidden Waddle Dee can be found almost directly after finding the first. After you land in the next area, go to the right and up the ladder. You’ll be able to mouthful mode the tower in front of you to wiggle it free and reveal a Waddle Dee underneath. 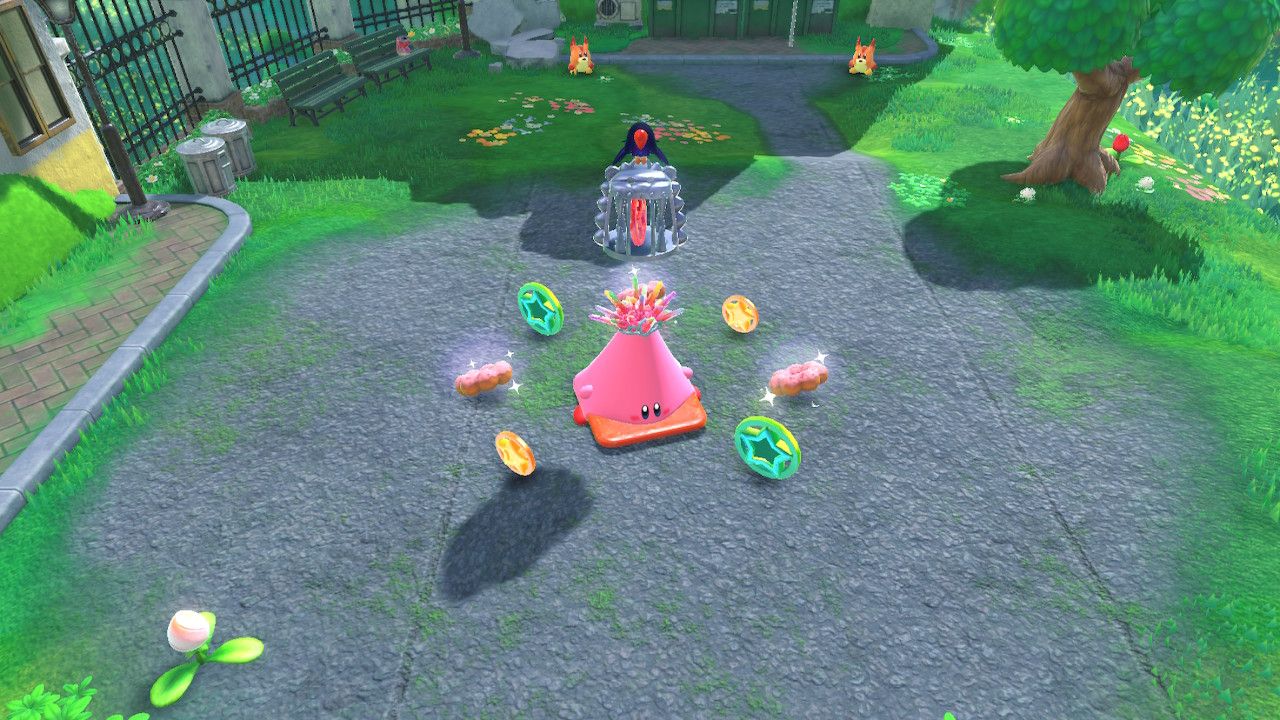 The third and final Waddle Dee of Downtown Grassland can be found on the main path. When you encounter the big turtle with concrete on its back, go to the left and follow the path up to find a cone hanging on a vine. Use the Sword power to cut the cone down and then take it over with Mouthful Mode. Then use the cone on the turtle’s back to get the final Waddle Dee. 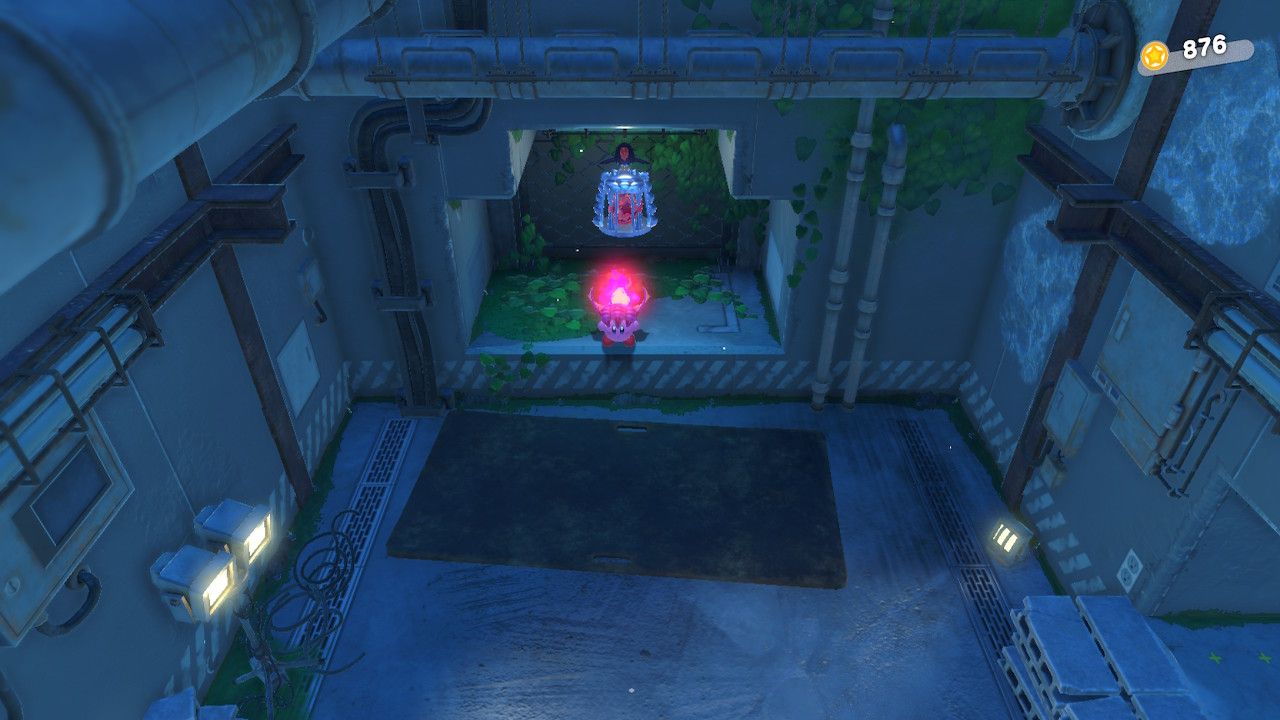 The first hidden Waddle Dee of this level can be found where you find the “secret room” objective. Just after entering the tunnel, use mouthful mode on the tower to reveal a switch to a secret room. You’ll find the Waddle Dee in the chest here. 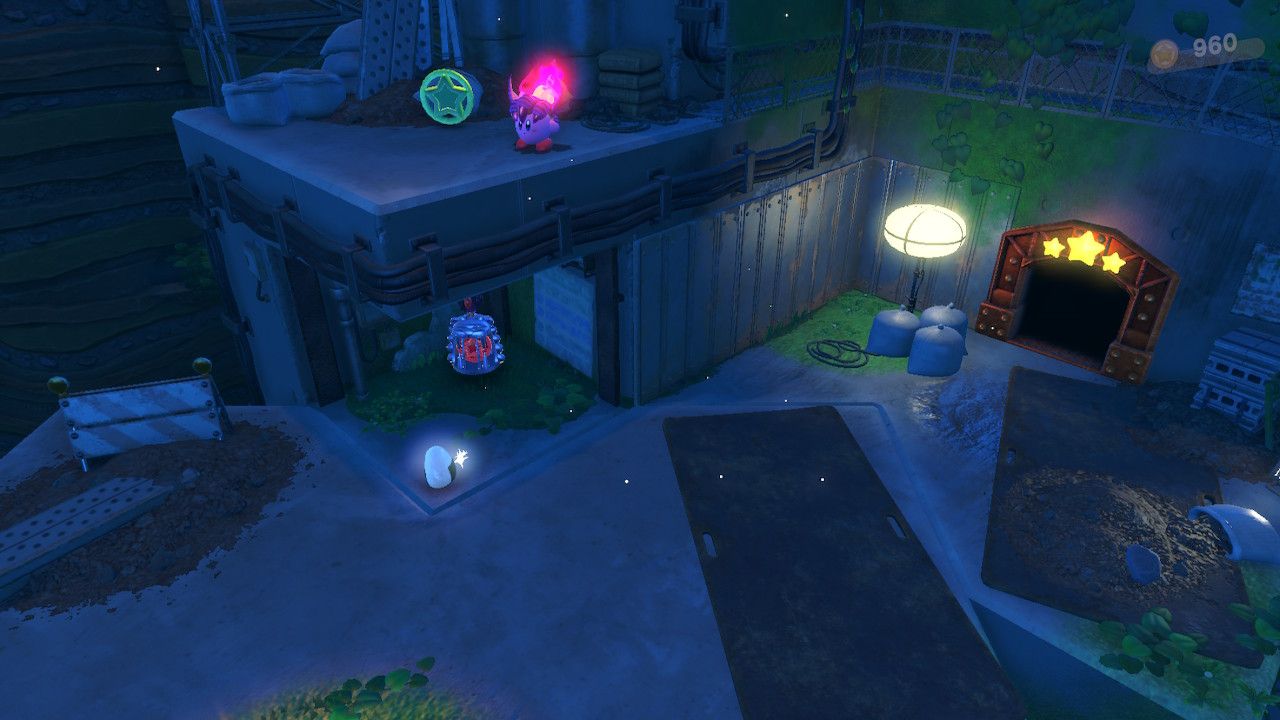 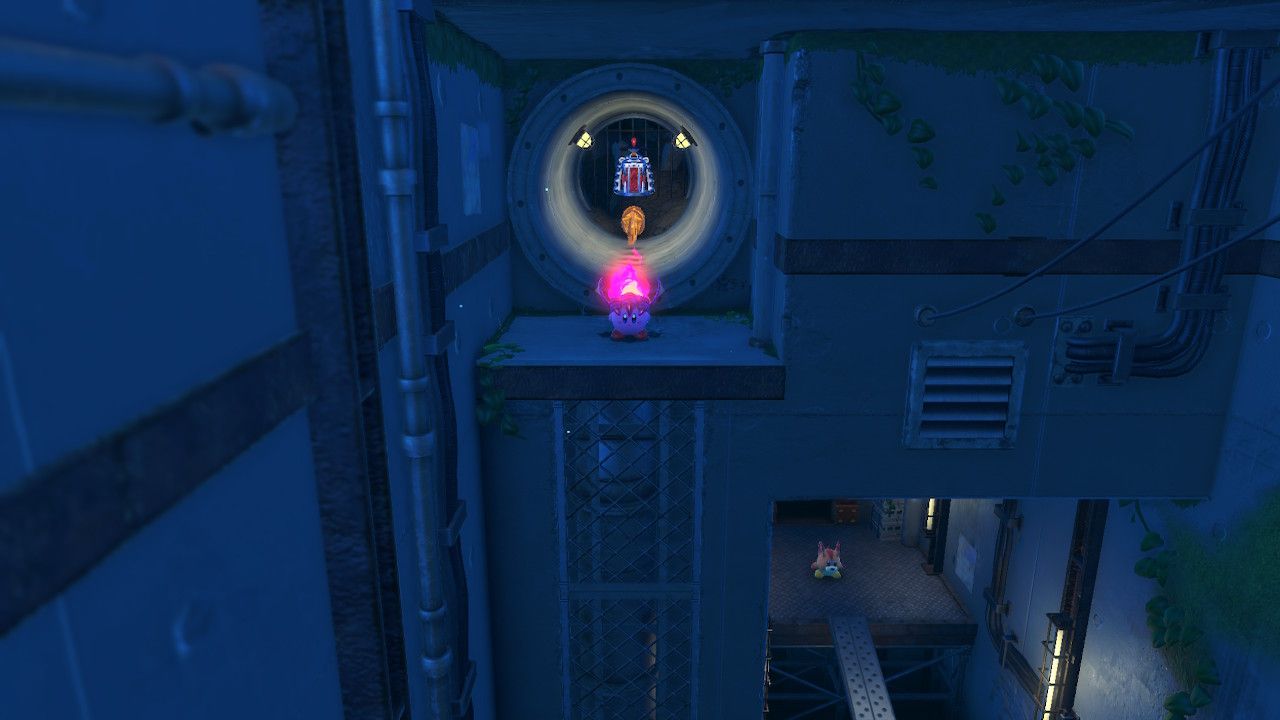 In the next section of the level, you’ll be met with a fuse you need to light on fire to activate a cannon. Light it and run to the cannon on the other end to find the third hidden Waddle Dee. The fuse will reappear if you don’t get there in time, though. 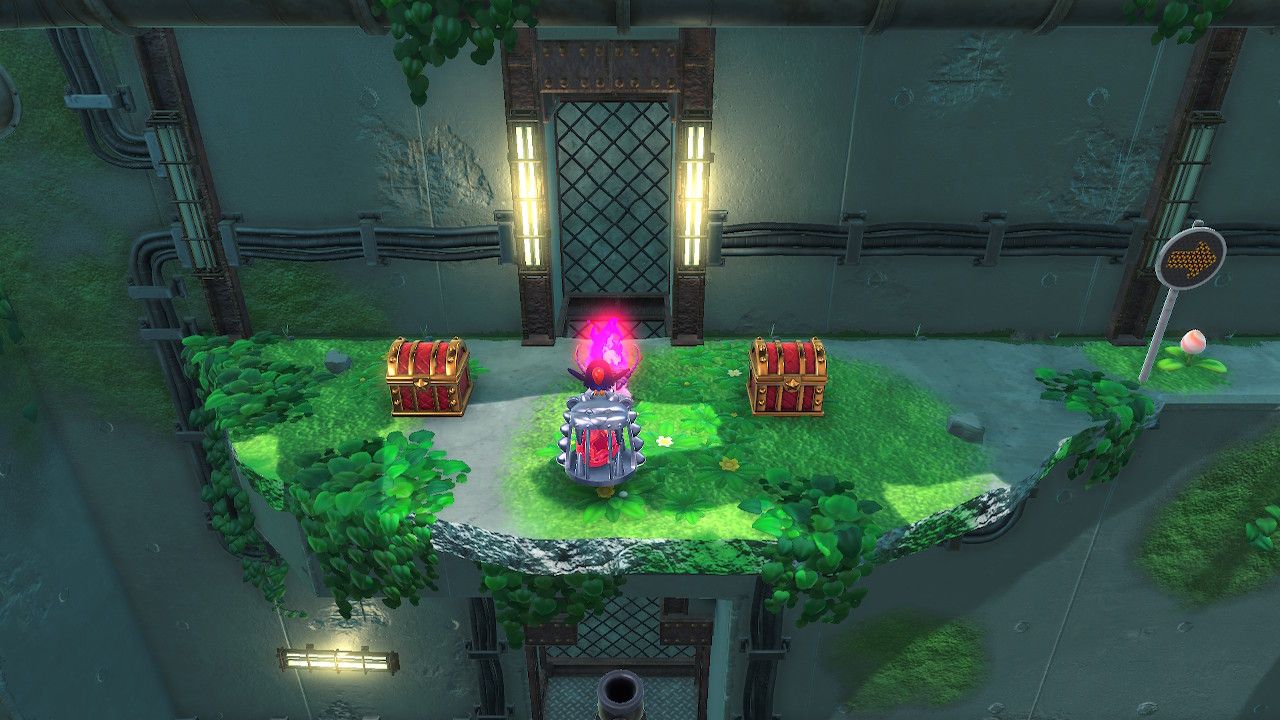 The final Waddle Dee can be found in the fourth section of the level, where you get to use Stair Kirby. Towards the end of this section, you’ll find a cannon on the floor and a fuse to light. Put the stairs to the right of the fuse so you don’t sit on top of it and then light it to find the final hidden Waddle Dee of the level. 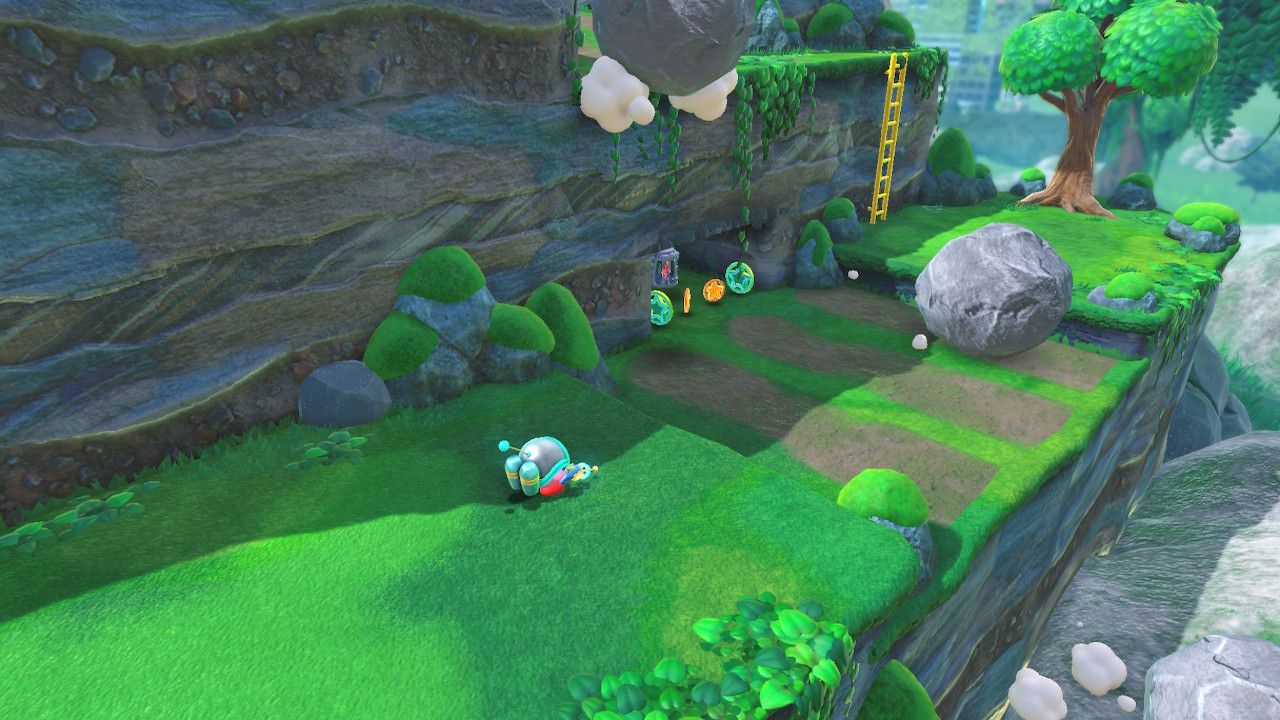 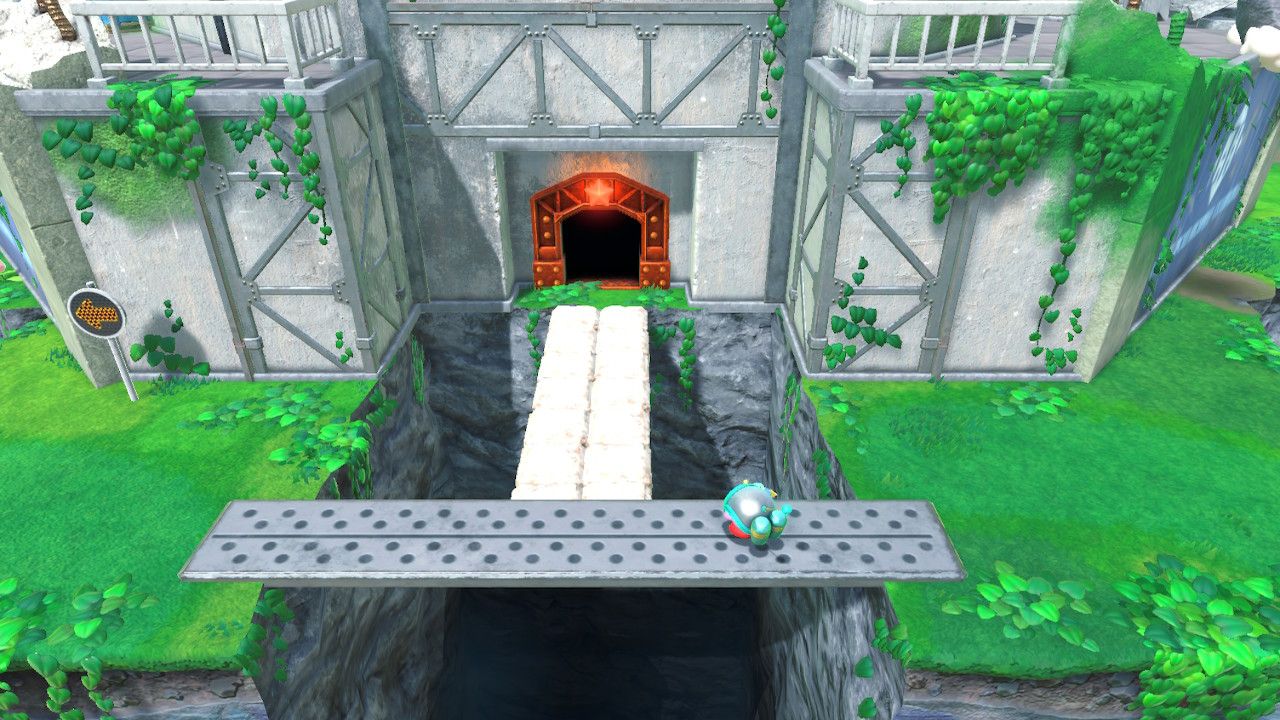 This hidden Waddle Dee can be found after going uphill against the boulders. You’ll cross a part of the cliff where you can get the Ranger Copy Ability and shoot a target. This will open a path to a secret door, where you’ll need to complete a target challenge to get the Waddle Dee. 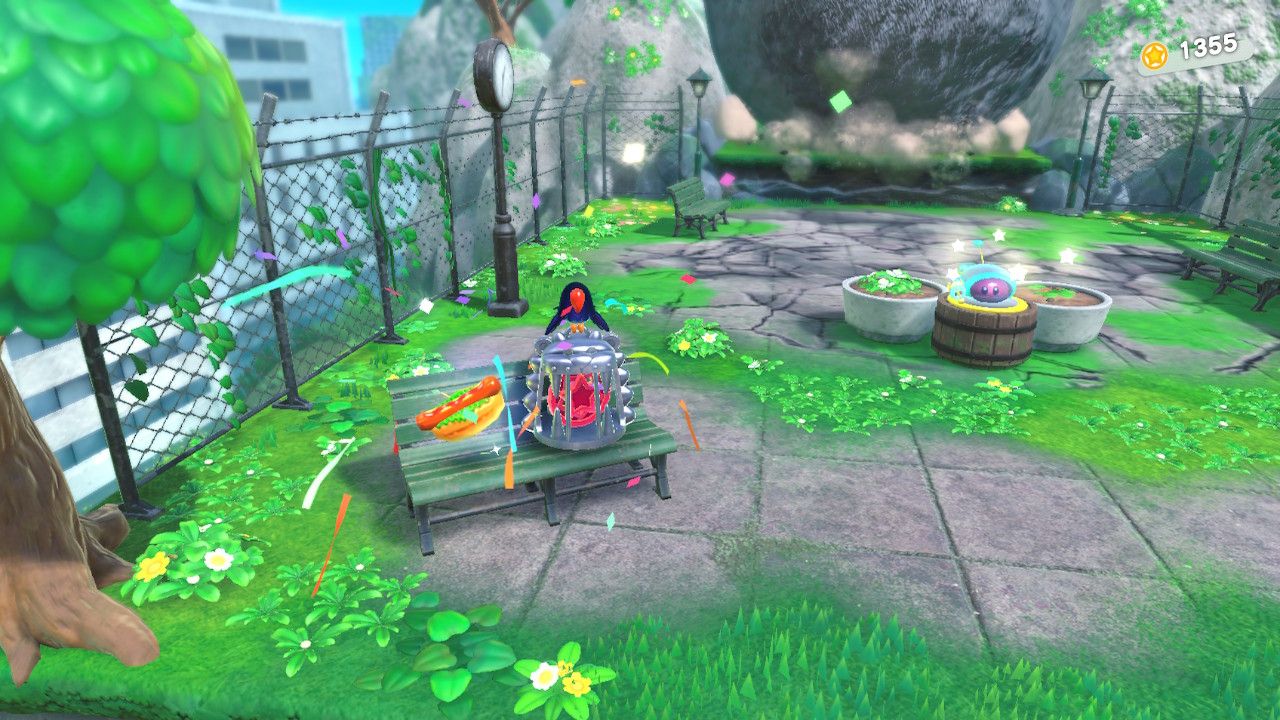 This Waddle Dee is going to take some speed. Almost directly after finding the last one, you’ll need to run down a hill as a big boulder chases you. Keep far ahead of it and touch the switch on top of the plant pots to make the Waddle Dee appear. You’ll need to get here fast enough so the boulder doesn’t break the switch. 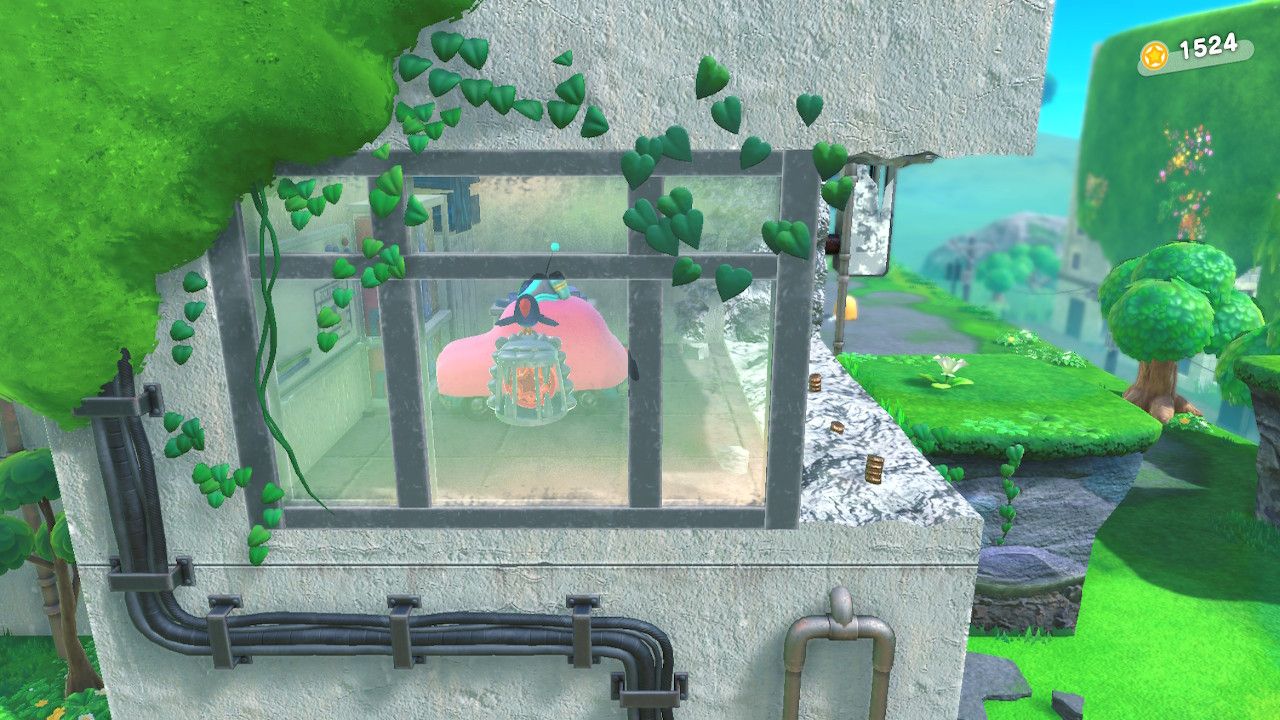 The final hidden Waddle Dee of this level is found at the end of the car Kirby section. Drive the car as fast as possible along the track until you meet a wall to smash through. The Waddle Dee will be sat inside.

A Trip to Alivel Mall 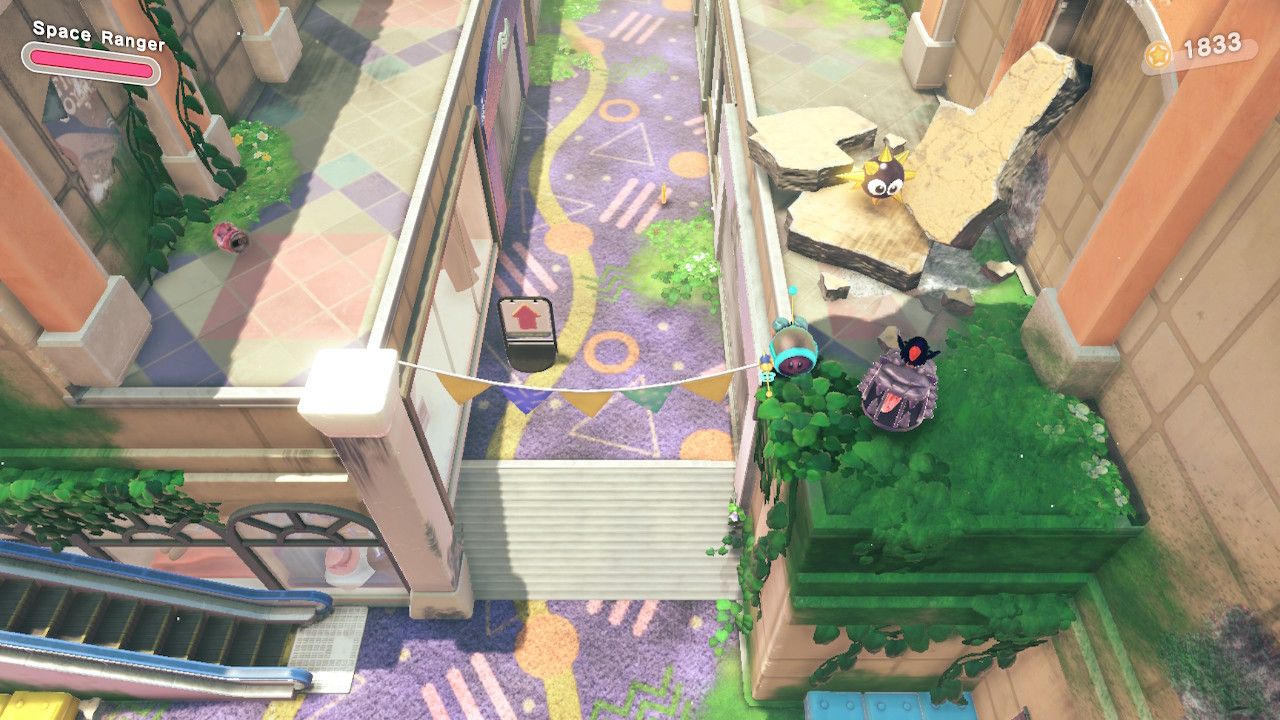 The first Waddle Dee can be found just before you go into the second section of the level. Right near where you find an Invincible Candy, you’ll be able to see the Waddle Dee above it. Simply go through the corridor and climb the ladder on the left after breaking a block to be able to reach it. 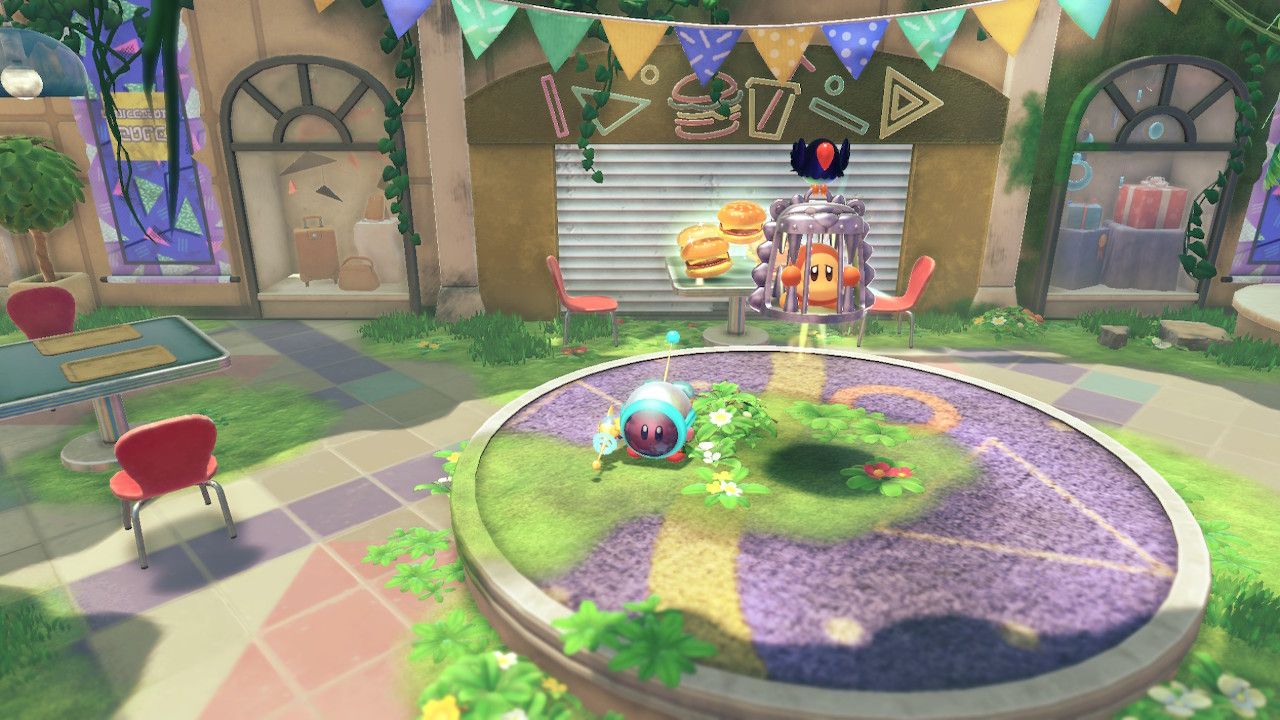 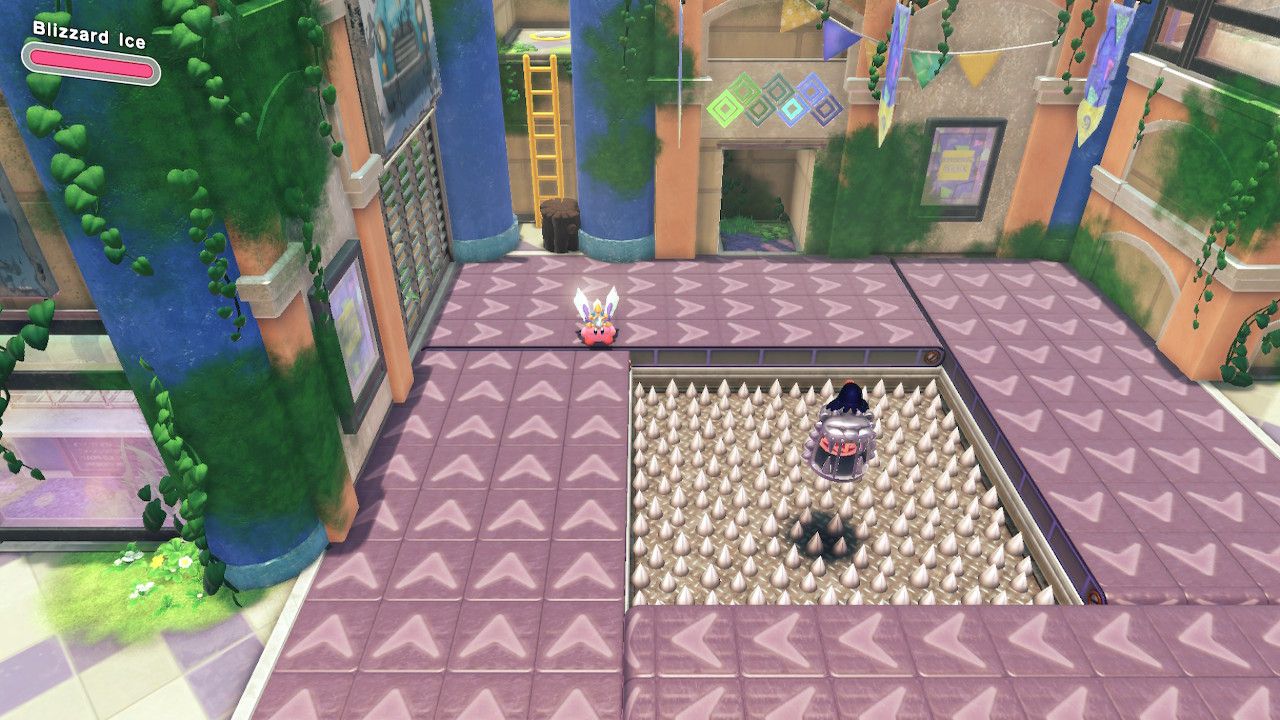 The third hidden Waddle Dee can be found in the third section of the level, where you’ll unlock the Ice Copy Ability. Right at the end of this section, before entering the star door, you’ll see a bunch of escalators pushing Kirby around. In the top left corner are a bunch of logs on fire, which you need to use your ice powers on to extinguish and push a button on top. The Waddle Dee will appear afterwards. 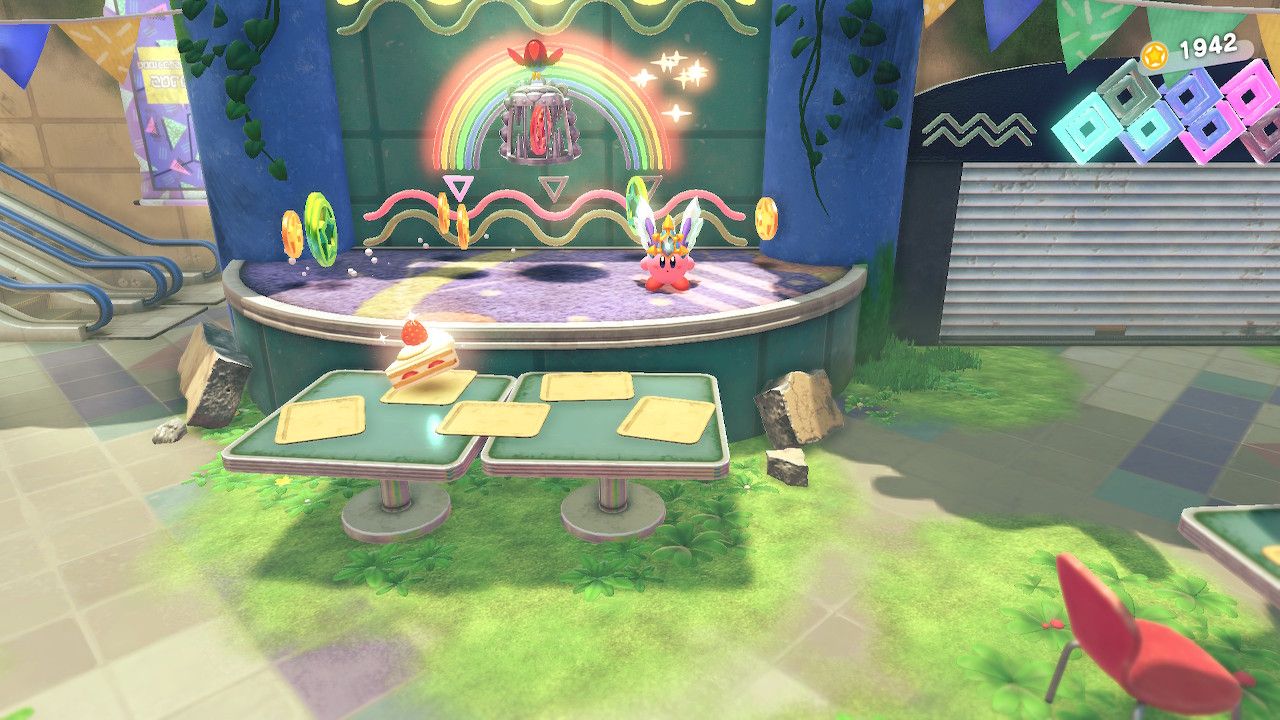 The final hidden Waddle Dee is found in much the same way as the second. Simply follow the map in the fourth section of the level to find this one. You want to take the path in the top left corner that shows cake to find the Waddle Dee.

The Brawl At The Mall

Much like the other boss fight levels in Kirby and the Forgotten Land, The Brawl at the Mall doesn’t have any hidden Waddle Dees to find, unless you count the secret objective ones. If you're looking to complete them, check out this guide here.