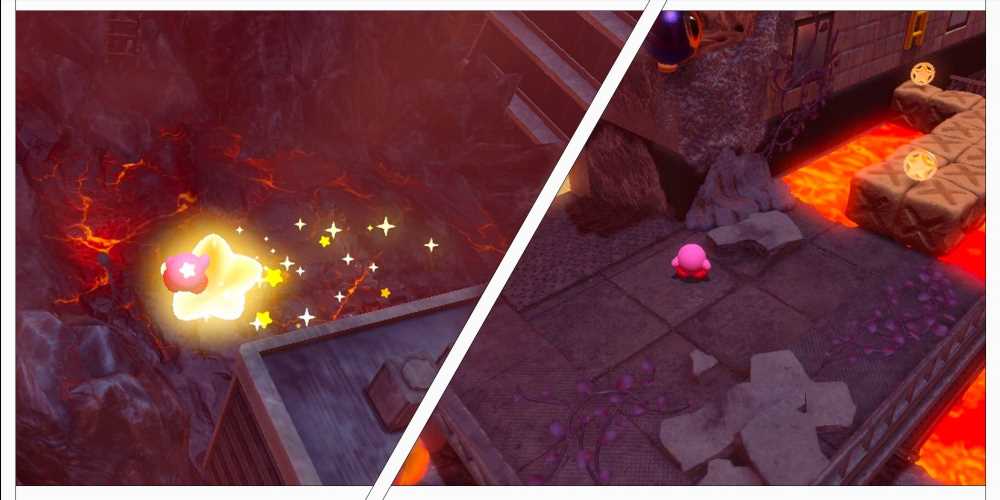 Kirby has officially made his debut into the third dimension and with it comes the typical attributes of our beloved 3-D games. Kirby And The Forgotten Land challenges you with the task of finding numerous collectibles and hidden items as you traverse the different areas. One hidden item are the Waddle Dees scattered across the stages.

Conquer The Inferno Roads, the second stage of the fifth world, Redgar Forbidden Lands, is one such stage that holds a plethora of hidden Waddle Dees. Stealing two of the beasts’ meaty meals is a mission you must accomplish to collect all of them during your playthrough of this level. 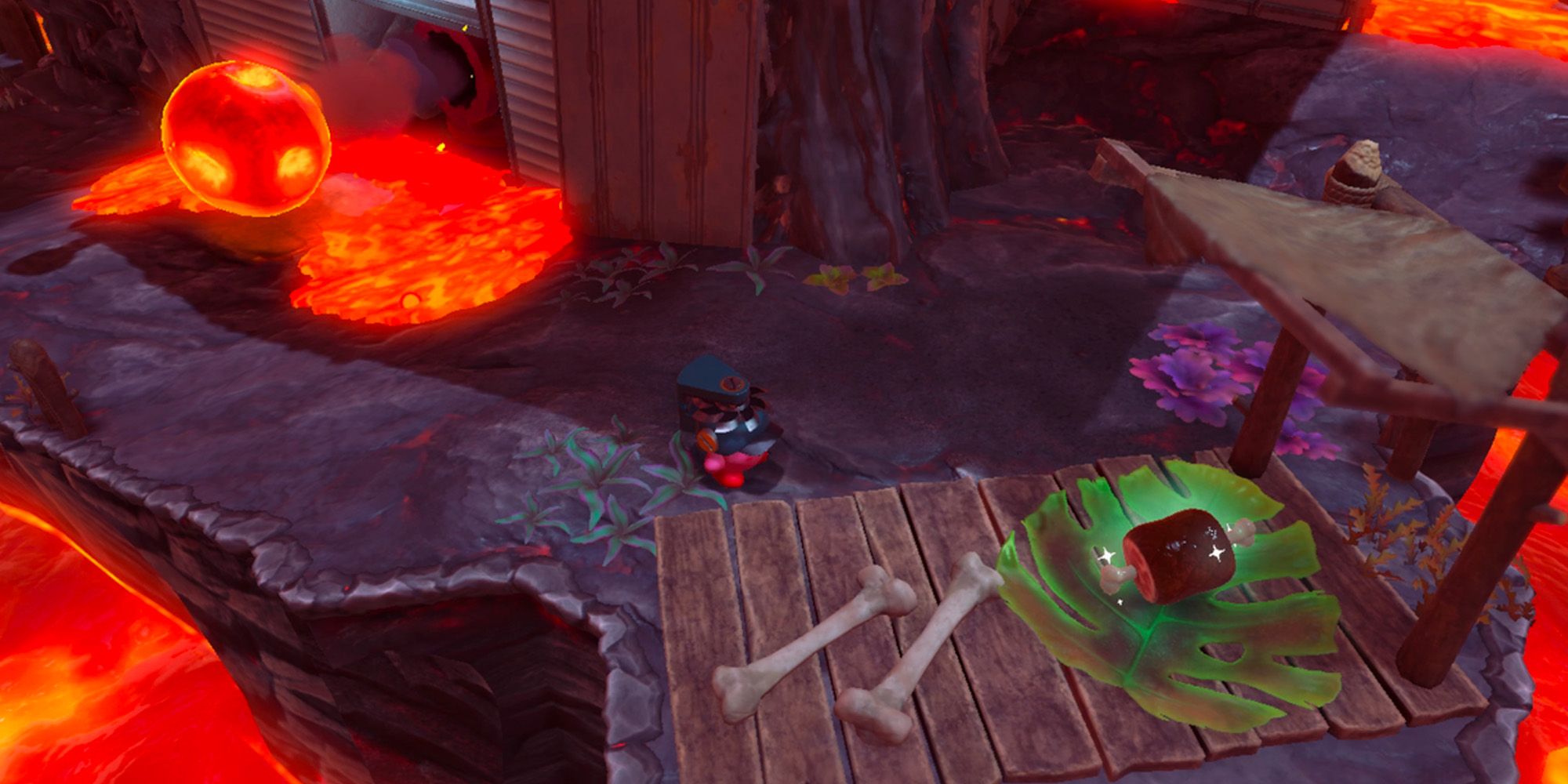 The first meaty meal is found at the beginning of Conquer The Inferno Roads. You’ll need to get past the first Gigatzo cannon and the two Primal Awoofys that are sat in the corner.

Once you take those obstacles down, you'll unlock the ability to find the first meaty meal. Go to the nearby shelter, and you’ll find the item (a large slab of meat on a singular bone) sitting on a large leaf. Check the image above for specifics. 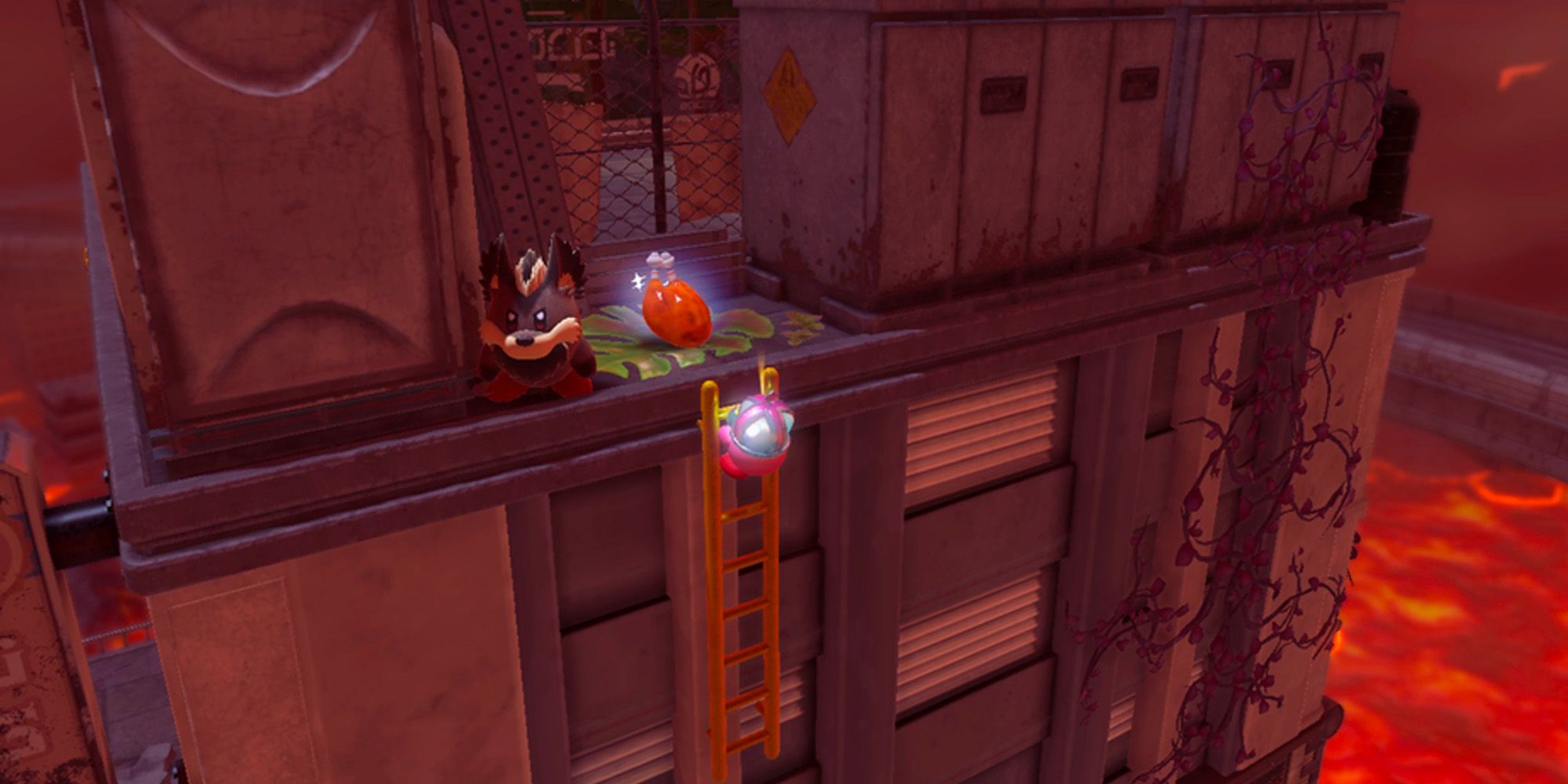 The second meal is found at the end of the first area. Once you climb up the ladder in front of you, you can hop onto a nearby walkway. Once you get onto the walkway and go around the corner, you’ll find another ladder.

When you reach the top, you’ll see the meal being guarded by a Primal Awoofie. Take it out, and you’ll have free rein to seize the slab of meat once again.

With that done, you would have stolen all of the meaty meals and be on your merry way to collecting the hidden Waddle Dees spread around the Conquer The Inferno stage.