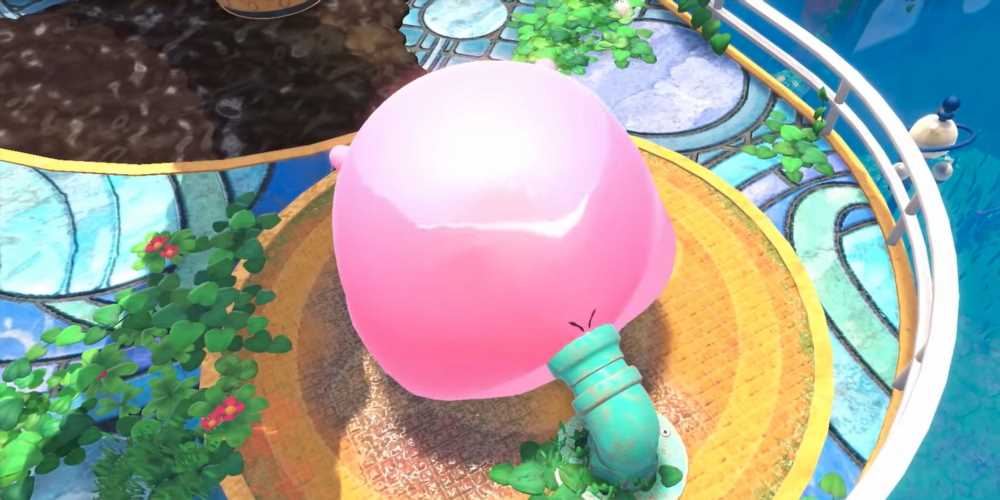 Kirby is one of the most lovable characters in gaming, mostly because of what a cute lil floof they are. They don't really say much, but they're incredibly expressive in their body language, and therefore excellent at conveying emotion. Like a friendlier, less energetic Stitch (of Lilo & Stitch fame), you always know exactly what Kirby is feeling. Until The Forgotten Land, I also felt as if I knew what Kirby's powers were. They're a fat little dude who sucks down everything he sees, and while that seems sexual, it’s actually very innocent and fun. Kirby can also float so much it's basically flying, and can mimic the ability of whatever (or whoever) they swallow. Now though, Kirby's also stretchy. Folks, I think Kirby's a little too stretchy.

I knew Kirby was going to be stretchy here, with the trailers having shown off Mouthful Mode, but I think the memes obscured the reality of the situation. For example, I knew Kirby was going to try to eat a car, but man, he does it like, every level. Driving a car in a Kirby game is fun, and it's cool that there's an instant retry button to help you beat your best time and rescue all the Waddle Dees, but why can't Kirby just be in the car? Why do they have to eat the car?

For most other Mouthful Mode stuff, eating is the only possible way. When Kirby is a set of stairs, for example, they have to be the stairs – pushing or pulling would change the game, as they need to be carefully arranged, tipped, and spat out. It's a neat gameplay gimmick and mostly works effectively, adding a new element to the levels but quickly becoming part of the regular rhythm. But to be honest, it's not just how stretchy Kirby is when they shove a staircase in their mouth, it's how much they boing when they do it. 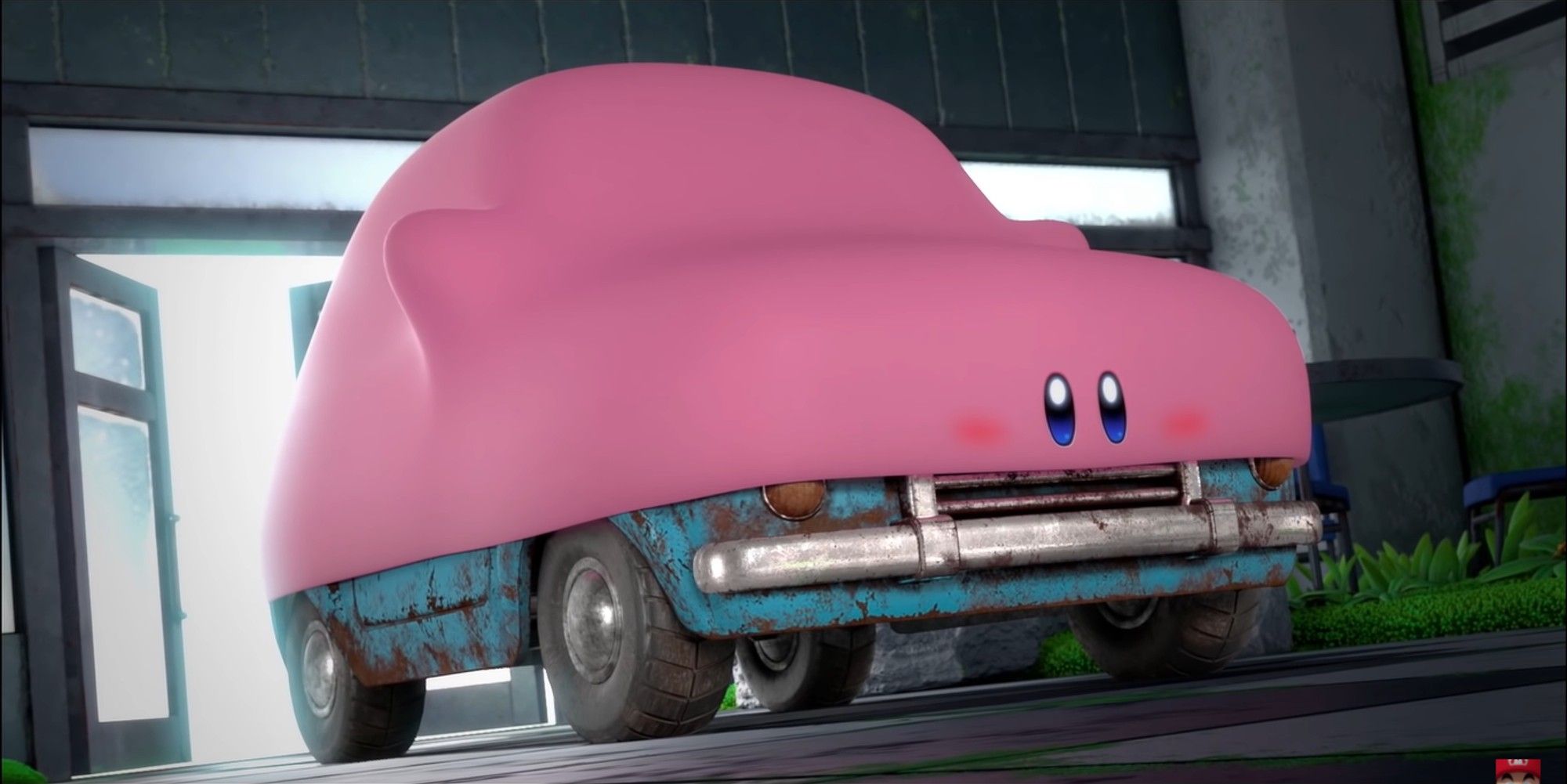 While the car is the least necessary part of Mouthful Mode (in that Kirby could simply get in the car), it's also the least off-putting. Kirby stretches their mouth wide and wraps it around the top of a car, gripping onto it. This somehow allows Kirby to drive, but aesthetically there's nothing too wrong here. The problem is that Kirby doesn't just wrap their mouth around the rest of the items, but instead inhales them. This causes them to fly into Kirby's mouth, springing into the back of their throat and stretching their entire body out, before springing back into place with a wobble. Folks… what? I thought Kirby's innards were a void, a dense pit of anti-matter somehow lighter than air, hence how they could swallow people, steal their abilities, and then spit them back out. But when they swallow a staircase, they don't want to compress it, so they take its shape. This results in a very springy Kirby, and I don't like it at all.

I can get on board with the fact Kirby, generally a nice, cute, innocent mascot, has the superpower of being a glizzy guzzler throat goat. But at least then everything used to just disappear. Now they're being stretched all over the place like a scene from a macabre body horror. I'm gripped with fear every time I approach a light bulb, knowing Kirby is going to slurp it up and have it slam into the back of their throat and bounce them around. I just wanted to drive a car as Kirby, and now I'm terrified.