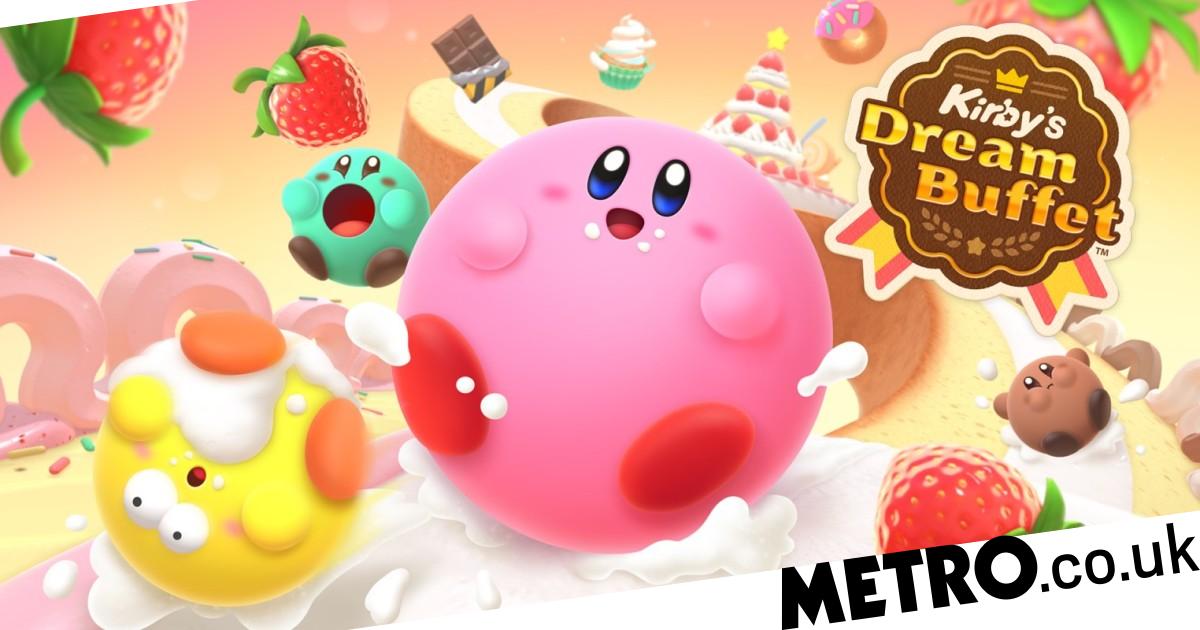 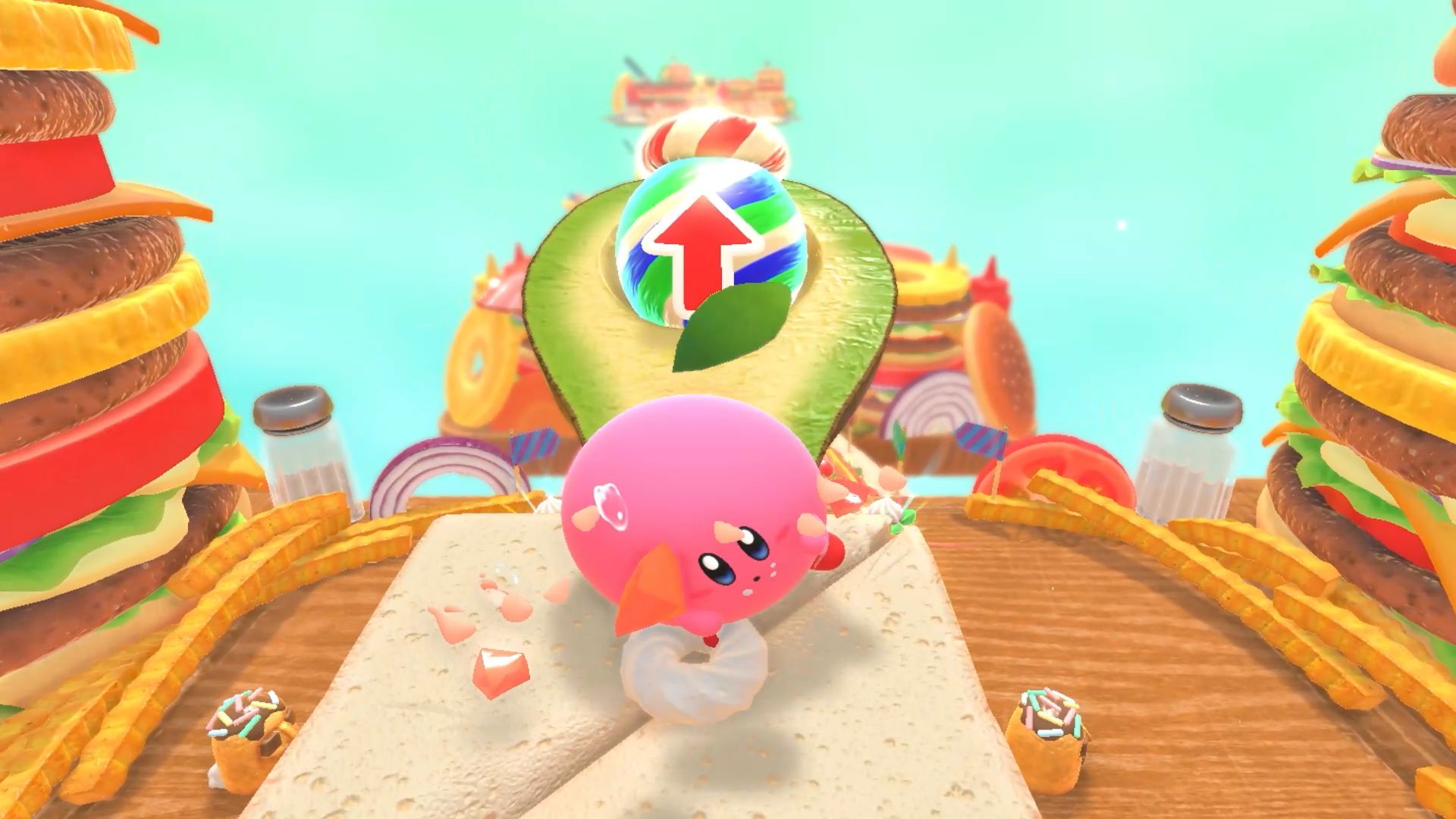 The new Kirby game for Nintendo Switch is a low budget, digital-only affair that has more than a few similarities with Fall Guys.

One advantage of Kirby being a formless pink blob is that he’s endlessly mutable, able to mould himself to fit many different genres beyond his traditional 2D platformers. Nintendo’s cheeriest but most personality-free confection had his most successful game ever in this year’s Kirby And The Forgotten Land but this low price, digital-only spin-off proves a disappointing follow-up.

As you might expect from a keenly priced download-only game, Kirby’s Dream Buffet doesn’t have any sort of storyline, but it does have a number of different modes, enabling it to be played solo (with AI bots controlling three of Kirby’s similarly blobby friends), against a friend locally on a single Switch or against up to four others online.

The universe in which the game takes place is beautifully rendered, in typical Nintendo fashion, but merely witnessing it could lead to a hardening of the arteries. It features a number of courses constructed from the most sugary of desserts, studded with fruit, but mainly composed of whipped cream, biscuits, and cake icing.

You have to race to the end of each stage, propelling Kirby like a ball, in the style of Marble Madness or Super Monkey Ball. As you run over the cholesterol-packed treats and fruit that stud each stage, your Kirby grows in size and as he does so, his speed increases. If you fall off a stage, you have a limited amount of time to hover him back onto it, via manic button-bashing, although while you’re doing that, your rivals will be making good progress towards the finishing line.

You also sometimes come across different types of food whose properties you can adopt in order to unleash attacks on your rivals. Chilli peppers, for example, allow you to trigger a burning pepper attack that can be used to knock rivals off course or bash through obstacles.

The end of each stage yields three giant desserts full of different numbers of strawberries, so if you’re just pipped to one, you still stand a chance of hoovering up the others; points are awarded according to the total amount of strawberries and fruit you have consumed on each run.

You can opt to play any of the game’s elements individually or in longer sequences which string together all three, namely the races, mini-games (which, for example, include making tricky jumps into erratically moving bowls and sucking up their contents) and the game’s take on Battle Royale, a sumo-like affair in which you try to knock your opponents out of a fairly small arena.

It’s mildly diverting, and looks quite nice, while exploring the copy foods abilities could have been fun if it didn’t take place in such frenetic and time-limited circumstances. However, it doesn’t take long before Kirby’s Dream Buffet’s gameplay, which is intentionally designed to be simple and easy to grasp, becomes repetitive and eventually tedious. Quite simply, the gameplay just doesn’t live up to the game’s environments.

With its near-throwaway price tag, Kirby’s Dream Buffet isn’t meant to be taken particularly seriously. And it’s quite fun to play in couch mode against someone else, albeit for short bursts. It also feels as though it might have been conceived after someone at Nintendo became obsessed by Fall Guys, so can’t quite dodge accusations of bandwagon-jumping.

Even the most casual of gamers will soon notice that there really isn’t much to Kirby’s Dream Buffet, which makes this one strictly for obsessive Kirby fans… if indeed such people exist.

In Short: A bit sickly, even for those with an excessively sweet tooth, this low rent Kirby spin-off is a poor follow-up to The Forgotten Land and has nowhere near the longevity of Fall Guys.