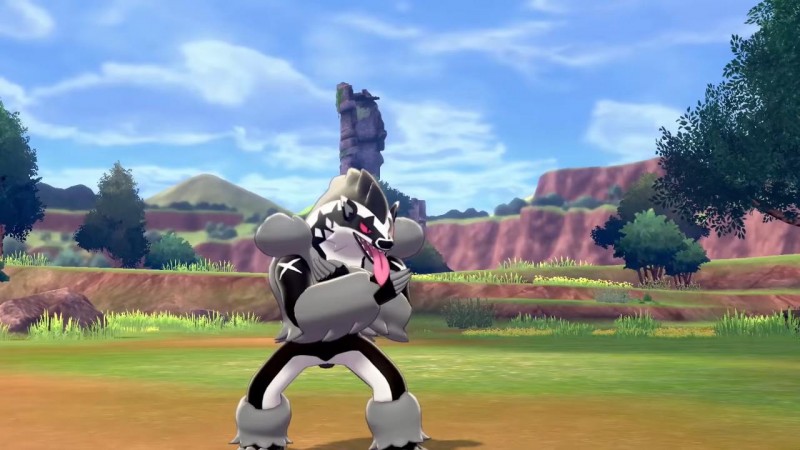 During this week’s Pokémon video, a new regional variation of Zigzagoon was shown. In the Galar region, it evolves past Linoone for the fist time to the new Obstagoon. With its black-and-white makeup and wagging tongue, Obstagoon bares a resemblance to 80s rockstars of old, popularized by the band Kiss and Gene Simmons. It wasn’t long until Simmons was made aware of this, though his reaction made people think the former rocker was upset about it.

This reaction fueled speculation that Simmons might end up suing The Pokémon Company over his badger lookalike, but it does seem like Simmons isn’t all that angry about it. In fact, it seems like he’s pretty cool with it in general.

“Pokémon has been a part of our household for decades, ever since our kids first discovered them,” Simmons told Newsweek in a statement. “And to see Pokémon pay homage to Kiss, is flattering.”

It would not be the first time Pokémon has run afoul of celebrity lawsuits. In 2000, psychic Uri Geller filed a lawsuit against The Pokémon Company over the Pokémon Kadabra, citing that the Japanese name of the Pokémon, the bent spoons, and the symbols on its body violated Geller’s copyrights. While the case has still not been settled, The Pokémon Company has avoided using Kadabra on Pokémon cards since 2003.