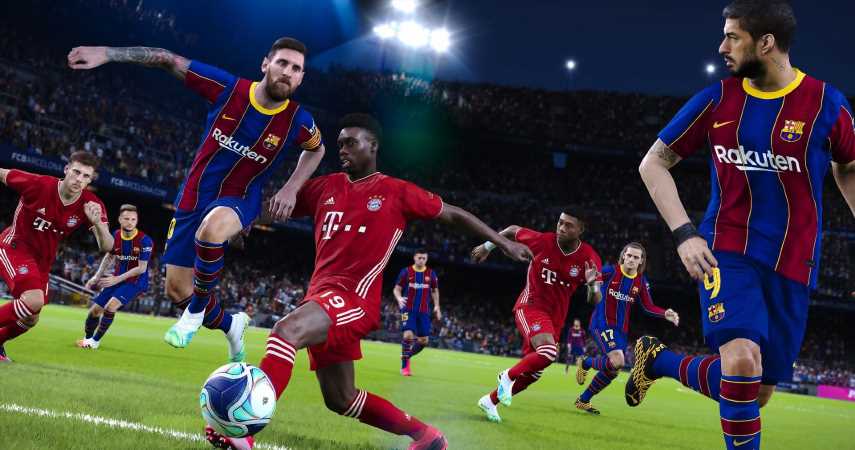 Konami has launched a surprise open beta for PES 2022, asking players to help test the “quality of the online matchmaking.”

If you’re a PES fan, you’ll be pleased to know that you can go and play PES 2022 right now, albeit with a pretty hefty catch. Konami surprised fans with an open beta which is available for PS4, PS5, Xbox One, and Xbox Series X|S until July 8. The purpose of the open beta is to test the “quality of online matchmaking and connection to the servers”, meaning that you’ll only be able to participate in online matches.

If you’re interested, you don’t need to register or have an active PlayStation Plus or Xbox Live Gold subscription to play the game. All you need to do is download the open beta from your console’s respective store and you’re good to go. The open beta will support cross-play meaning PlayStation owners can pay with Xbox owners, but the only teams you can play as are Manchester United, Bayern Munich, Juventus, and Barcelona.

As this is an open beta, expect a few bugs and glitches here and there as the game is still under development. Konami has stated that the gameplay mechanics, balancing, animations, and graphics “will be improved before the official launch” and that unscheduled maintenance may occur when you’re playing.

It’s not standard practice, but open betas for sports titles like FIFA and PES could become more common if Konami is satisfied with how this one turns out. Neither PES 2021 nor FIFA 21 had demos last year, and this could become decent a way to try out a game that benefits both the developer and the customer.

Konami has been quietly poaching the rights to several teams over the past year, attempting to set itself apart from FIFA as the place to experience realistic European football. The publisher has secured exclusive rights to Italian teams such as Juventus and Roma over the past two years and has recently secured rights to Napoli and Atalanta. It may not seem like a big deal to some, but EA needs to be careful to make sure Konami doesn’t swipe the entire Serie A at this rate.