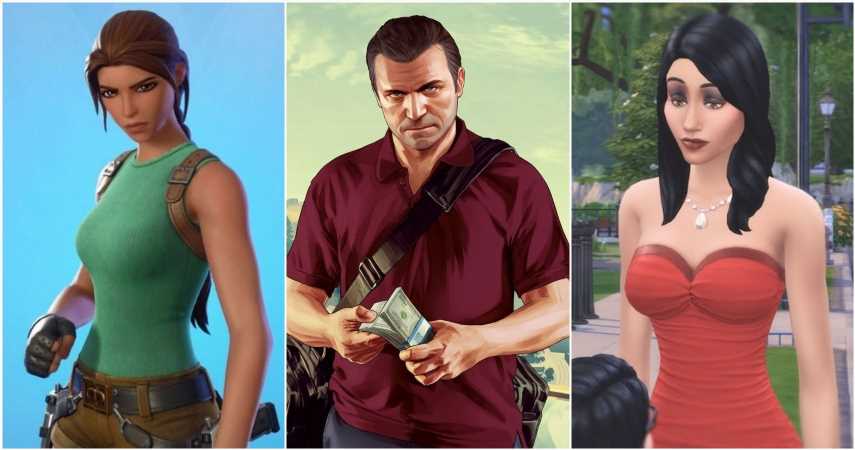 A new study has estimated how much some of gaming’s most famous characters earn and seems as if Borderlands’ Handsome Jack is raking in the big bucks.

Money appears to be no object in games a lot of the time. Items you need can be found lying around, or if you’re strapped for cash you can just rob someone. However, Raisin UK has imagined what various video game characters earn based on the career paths they follow. The results are in, and of the games included in the study, no one comes close to the gentleman who occupies the top spot.

Handsome Jack, the president of the Hyperion Corporation in Borderlands 2, reportedly takes home £292,565 per year. Unsurprising considering his status, and more than three and a half times more than the character in second place. That honor goes to Michael from GTA 5, who eventually lands a role as a movie producer in-game. His prolific history as a bank robber might well mean his net worth is far higher than Jack’s though. 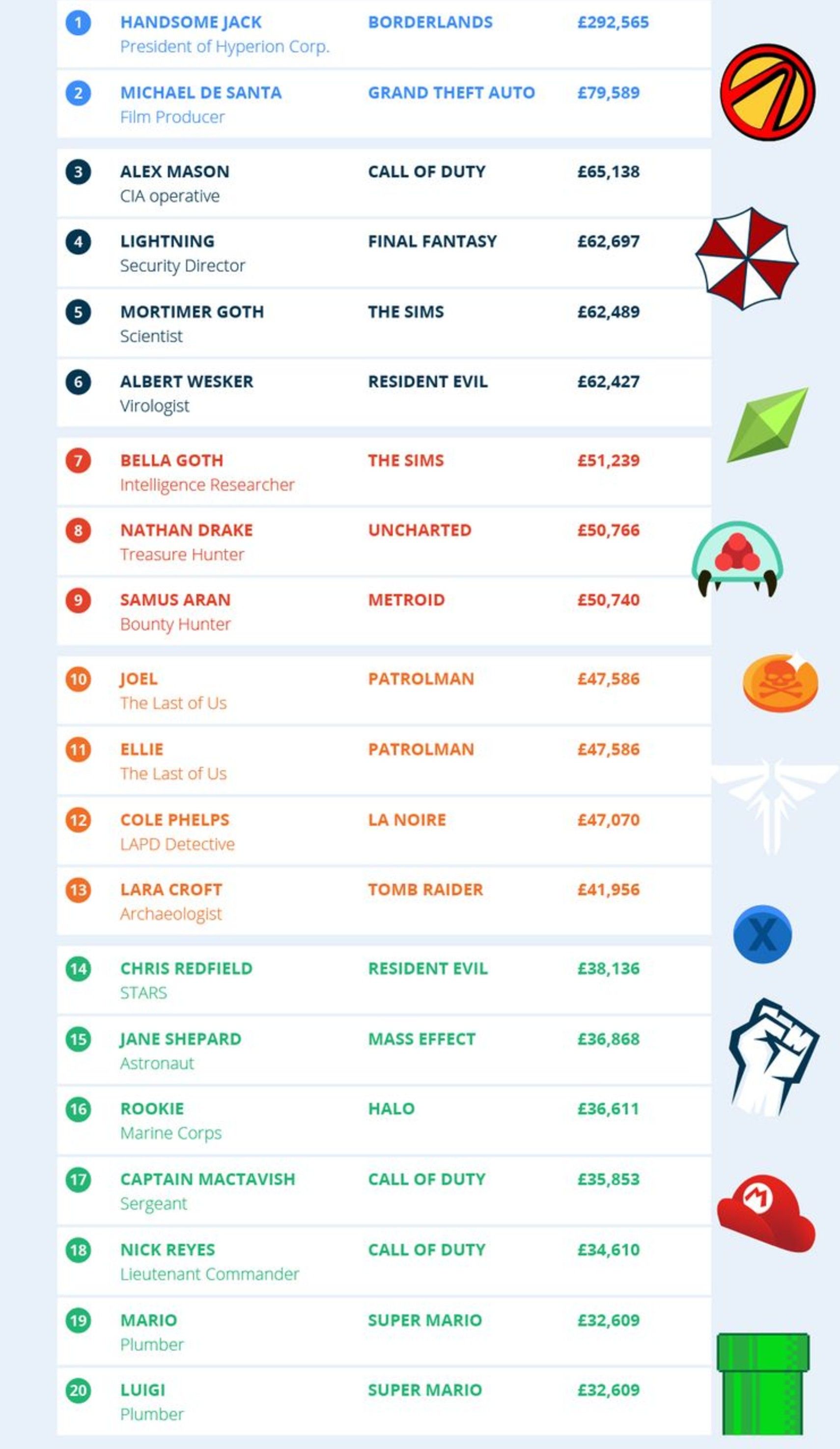 Next up is Alex Mason, a CIA operative from Call of Duty Black Ops. When it comes to high-earning households, the top award might well go to the Goths. Bella and Mortimer have been a neighborhood staple of The Sims franchise since the very beginning. Their careers as an intelligence researcher and scientist respectively bring home a combined £113,728 per annum.

Moving on down the list, Metroid’s Samus makes the top ten, earning just north of £50,000 a year as a bounty hunter. In joint tenth position are Joel and Ellie from The Last of Us. Despite living in a post-apocalyptic wasteland, apparently, the two of them each get paid a patrolman’s wage of £47,586 per year. What exactly the two of them are using all that money on in a world where it isn’t worth anything isn’t explained.

Lara Croft also earns more than £40,000 a year, and Mass Effect’s Jane Shepard has an annual wage of £36,868. Rounding out the top 20 are Mario and Luigi. Since both are plumbers, and presumably run a business together, their salaries are identical. However, knowing Mario, our assumption is the red brother takes home slightly more than Luigi. It’s a status thing.