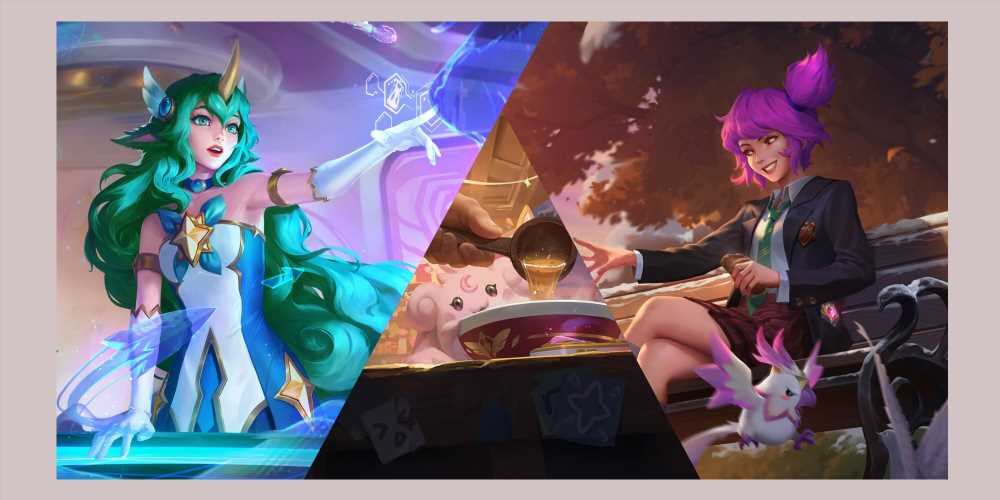 Star Guardian is not going to get me to install League of Legends. I’ve been saying that to myself every night before I go to bed recently, trying my best to keep the MOBA demons at bay as they try desperately to corrupt my pure little mind. It has yet to best me.

But I fear I’m going to end up installing the game sooner or later. Not because I enjoy the genre or actually want to play it, but because the event skins and cosmetics are so fabulous that I won’t be able to help myself. Yes I am basic, show me gorgeous outfits inspired by magical girls with a hint of fruity subtext and I’ll come running.

Riot Games has me in a chokehold, and I’m absolutely delighted about it. But I’m also afraid, and today’s reveal of Legend of Runeterra’s next expansion and all the goodies coming along with it have me ready to spend money and surrender myself to the game for weeks. Hey, at least it isn’t a MOBA, but it's a gateway to something more toxic and sinister. 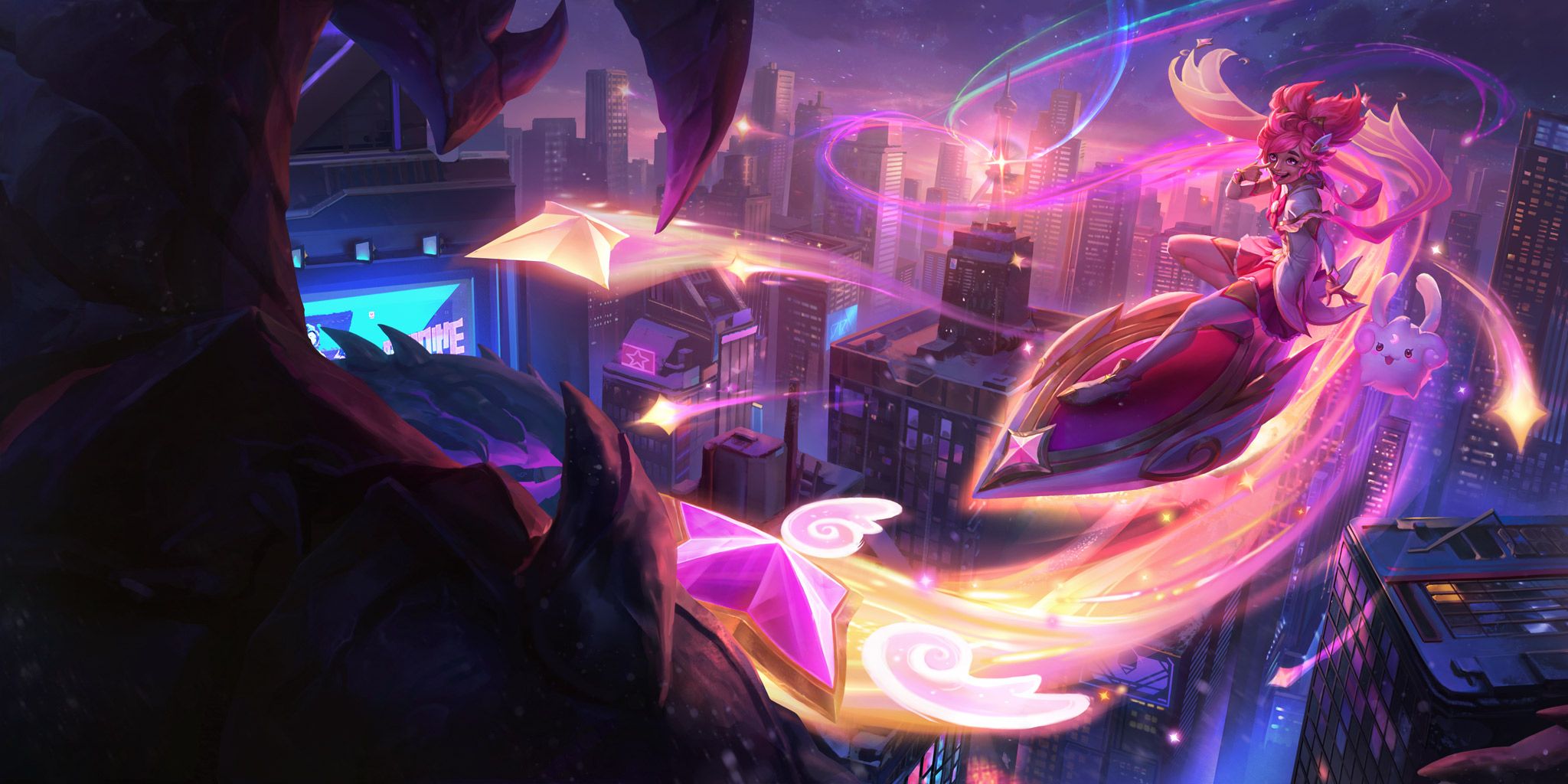 Star Guardian captured my heart ahead of its release with a music video from EDM artist Porter Robinson. It sought to tell the stories of characters moving on from personal grief using his signature musical style and melancholic lyrics, with the entire song lined with a feeling of hopeful optimism. I couldn’t help but tear up when watching. Everything Goes On is a perfect distillation of everything Star Guardian hopes to achieve, and now those qualities are being transferred over to the majority of games set in the League universe.

If you aren’t familiar with Legends of Runeterra, it’s a digital card game set in the League of Legends universe with all manner of distinct champions, cards, and mechanics that set it apart from the likes of Hearthstone and Magic: The Gathering Arena. I wasn’t a fan of the genre until Arcane, the animated show that drew me into the fold even though I wasn’t willing to install the MOBA and subject myself to misery. This was far enough, and before long I found myself enamored with its accessible mechanics and surprising generosity for a free-to-play game. A robust campaign mode and the ability to upgrade select heroes lends it a longevity beyond bot matches or online multiplayer, making it feel like you’re actually progressing instead of throwing time away into the ether until you spend some pennies. 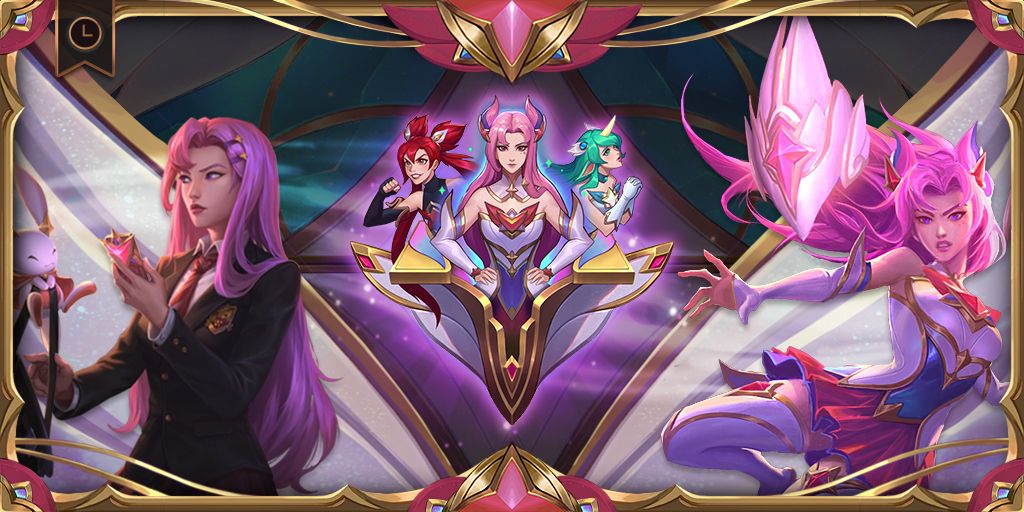 The best cards and champions are locked behind a paywall, often in bundles alongside a number of other cosmetics that can also be bought separately. I think it’s the best way to approach a game like this, never pushing away casual players with aggressive monetisation while hardcore players indulge themselves as much as they want. I’m normally in the former camp, but with the arrival of Star Guardian I am absolutely going to fall victim to my worse vices. All the cosmetic rewards are gorgeous, and I must have them all.

July 20 will see the Forces From Beyond expansion arrive with the Star Guardian event that comes with its own seasonal pass filled with bespoke rewards to earn. Arcane had a similar structure of progress and it was incredible, offering players worthwhile bonuses for playing a few games per day and completing challenges that, more often than not, were done through natural play instead of grinding specific parameters. I don’t tend to play online because I’m rubbish, so it’s a relief that Runeterra doesn’t force me into that unless I’m really desperate for extra experience points. I’m not, so will happily take my time with it all. 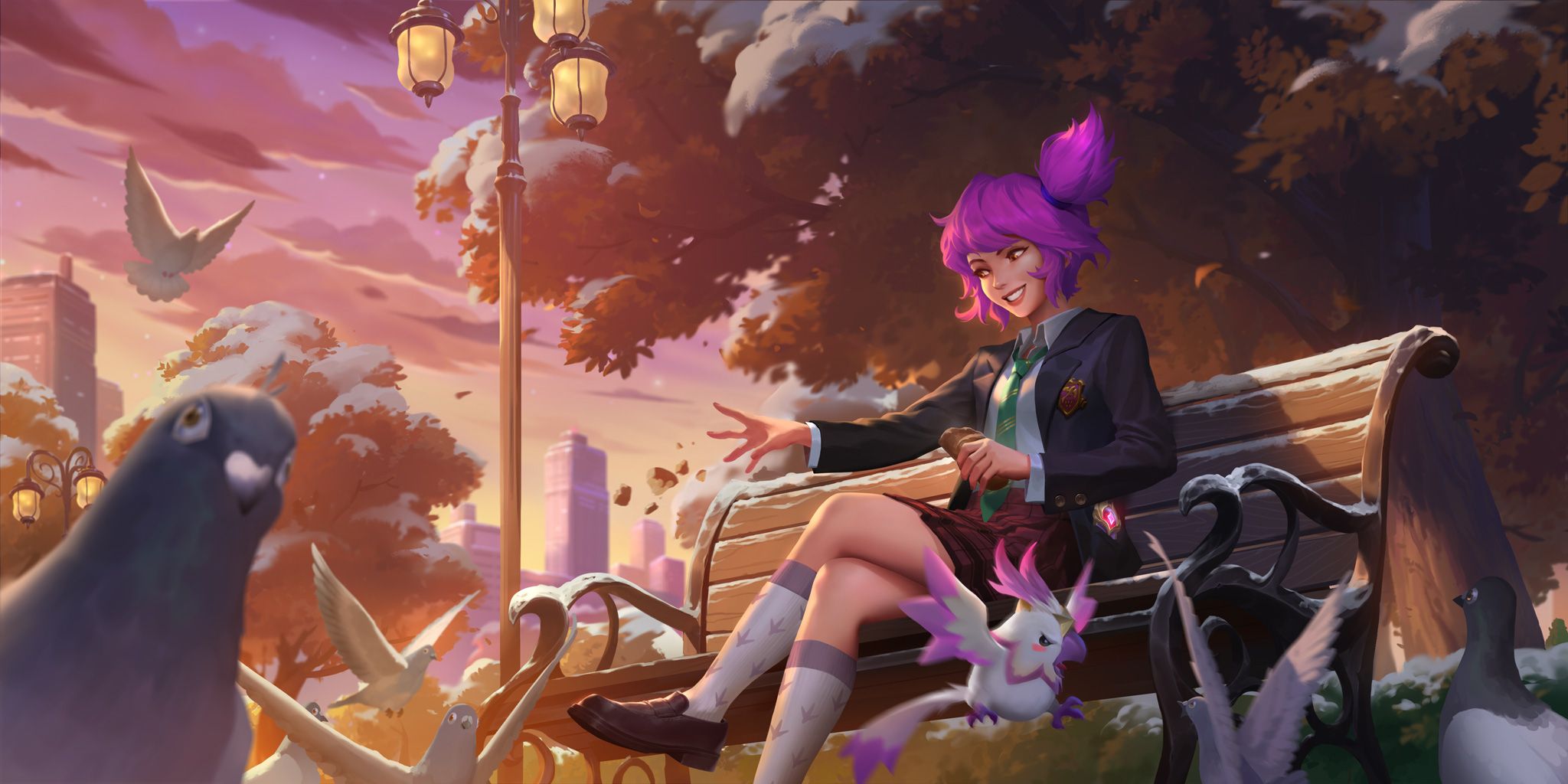 The bundles not so much… I will end up buying one or all of them and know I shouldn’t, but given my ongoing fixation with Star Guardian I know I won’t regret it. It’s a complicated situation since in the past I’ve sworn myself off games like Genshin Impact because I know its approach to gacha monetisation does my addictive personality no favours. Whether I use the character I roll after spending too much doesn’t matter, what does is that it’s mine.

Star Guardian is set to run over the course of ten weeks, with new content and other bonuses to be added as the continued narrative unfolds across League, Runeterra, Wild Rift, and Teamfight Tactics. Riot Games is treating this campaign like a marquee blockbuster, and it seems I and millions of others are ready to dive in and lose ourselves. But I’m going to be responsible, and be sure to slap me if I end up installing League after all this effort.