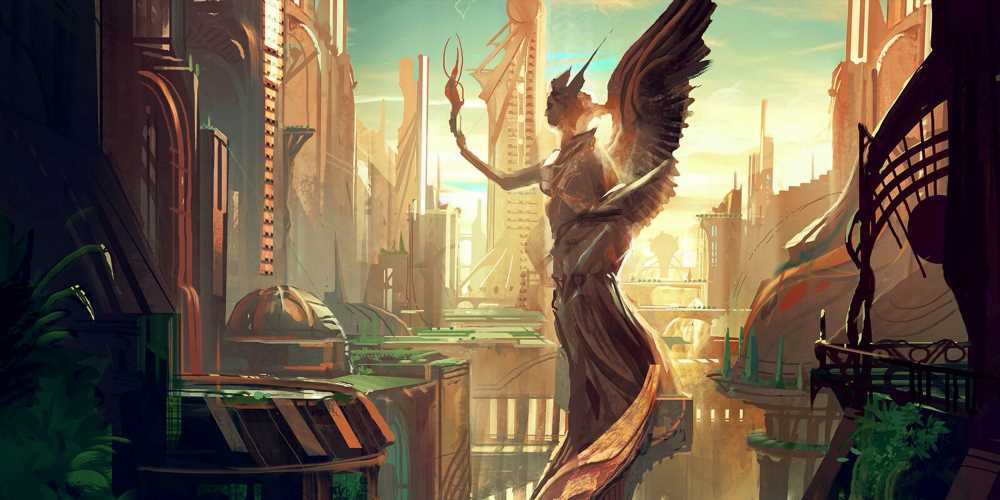 Streets of New Capenna might not have been the biggest hit of 2022, but there are plenty of Magic: The Gathering fans who fell in love with the art deco metropolis and its 1930s-style gangster society. Wizards of the Coast even added to Capenna’s unique charms by releasing a soundtrack by Jonathan Young featuring just the sort of music you’d expect from the era of swing and jazz.

Nails & Kneecaps is one such song that steps things up a bit. Denizens of New Capenna love a good show, and Nails & Kneecaps adds a cabaret performance to a bluesy tune that reminds you just how dangerous the streets can be. And now it even has a music video courtesy of the NerDoms Universe.

The music video is exactly what you’d expect from some of the key characters of Streets of New Capenna. While Kitt Kanto, Mayhem Diva breaks hearts on the Red Room’s stage, her love Jaxis the Troublemaker is breaking noses as she takes on the underground rulers of New Capenna. Sadly, Anhelo, the Painter (and vampire assassin) makes his escape before Jaxis can mete out justice, but a night that ends in a lovers’ arms is about as good as it gets for this city.

It’d be great to see more music videos for Magic’s Kamigawa: Neon Dynasty soundtrack, fan-made or otherwise. Give NerdDoms a lot of views and maybe they’ll make it happen.

In other Magic news, there’s a new mobile Magic game in town that seems to take a page out of Hearthstone’s playbook. There’s no lands, damage remains on creatures even past the end of your turn, you can break down cards into materials to make entirely new ones, and every deck has a hero with special abilities. There’s a significant streamlining of Magic’s rules and also a cartoonish aesthetic to Magic Spellslingers, which makes it seem like Wizards of the Coast is targeting a younger audience with this latest mobile game.