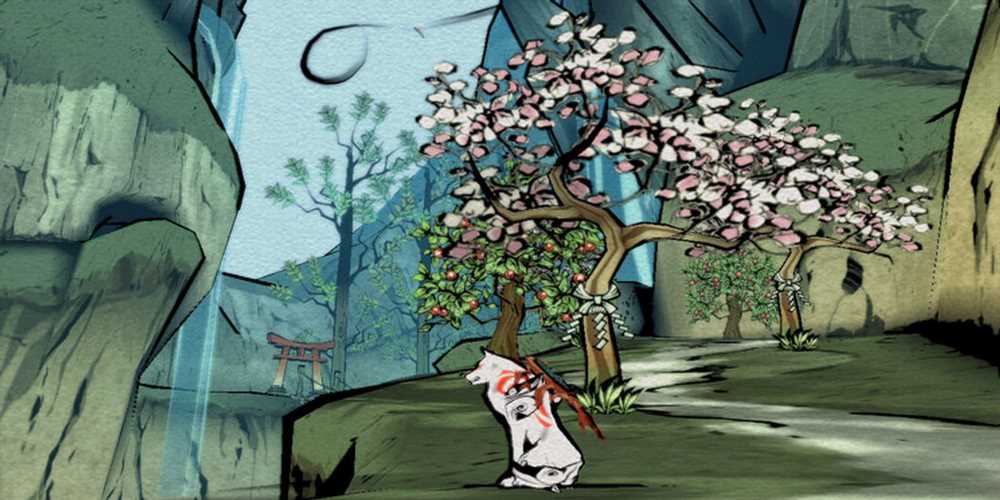 Hideki Kamiya is one of those artists that manages to create a masterpiece using any canvas, any tools, and any style. His work includes the likes of Resident Evil, Okami, Devil May Cry, Viewtiful Joe, and Bayonetta, all of which have distinct art styles. But it's not just the visuals that Kamiya has to pay attention to, but also the mechanics – considering he works at PlatinumGames, one of the video game studios known for its combat mechanics.

However, amongst the horror, bravado, and action, is the serene calmness of Okami and its setting. In a conversation with IGN, Kamiya revealed that he didn't grow up in a bustling metropolis like Osaka or Tokyo, rather, in a small city called Nagano, which didn't have any arcades you could go to. His family didn't own a home console either, meaning Kamiya enjoyed the outdoors in the countryside.

“For Okami, I took a lot of inspiration from where I was born and raised in Nagano,'' he said. "There was a lot of beautiful nature, and maybe that game is a bit of a homage to how I grew up. I went to Tokyo for university, then moved to Osaka for work. I’ve lived in cities ever since. I kind of wanted to think back to those days.”

Elsewhere in the interview, he talked about how he got drafted to work on Resident Evil, his first ever title, after Shinji Mikami saw his drawings and thought he'd be a good fit for the "cinematic aspects" of the game. It definitely had an effect on his early design process.

“At first, when working on games such as Devil May Cry, Viewtiful Joe and Okami, I would focus on an image – say, this stylish character with two guns for Devil May Cry – in my mind and have a very good artistic picture of what I wanted this to be,” he said. “As far as mechanics were concerned, I really relied on the talent and abilities of those around me to make it all come together.”

However, it was only with Bayonetta that it all came together for him in terms of style, mechanics, and design.