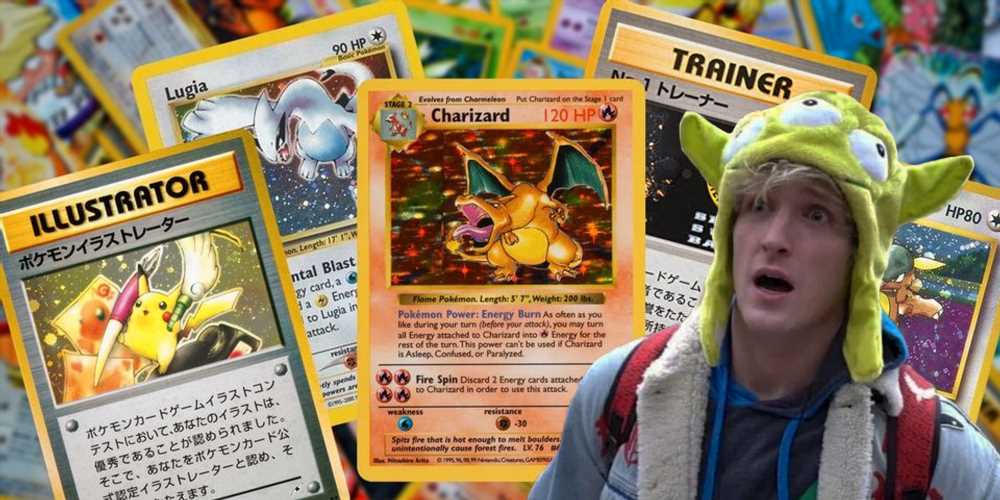 Pokemon has been a big deal ever since it was first introduced to the world 25 years ago. However, it has been a particularly big deal in 2021 as The Pokemon Company has done anything and everything to celebrate turning 25. That time period has also played host to a renewed global interest in Pokemon cards. Not so much new ones, but more tracking down, valuing, and often selling the original ones.

YouTube personality Logan Paul has played a big role in rare Pokemon cards being thrust into the spotlight. Earlier this year Paul wore a BGS 10 first edition Charizard card around his neck while walking to the ring for his boxing match with Floyd Mayweather. Paul has now gone a step beyond even that and dropped $3.5 million on Pokemon cards. An entire case of first edition cards, the contents of which are currently a mystery.

Paul broke the news by sharing a photo of the unopened box on Twitter. He then followed up with a teaser clip showing the new box alongside some other first edition base sets in his possession. Paul excitedly outlines the possibility that there are 11 pristine first edition Charizards waiting for him inside the boxes, but doesn't reveal when he plans on opening them, if at all.

First edition Charizard cards can potentially sell for a lot of money. It ultmately depends on their condition which will directly affect how they are graded. Since any potential Charizards tucked away in Paul's 11 sets haven't been touched or even seen for 25 years, it's probably safe to assume they will be in perfect condition and could sell for as much as $200,000 each. That's $2.2 million of the $3.5 million Paul spent on the box back right there. That's if he opens them and finds some Charizards, of course, and then if he chooses to sell them. I can't imagine he is in dire need of the money.

History dictates that Paul will find something pretty special should he choose to open any of the boxes. Earlier this year the YouTuber discovered two first edition Charizard cards in a $1 million box break. By that logic there will hopefully be at least seven waiting for him in his new boxes. Paul has also auctioned off cards for charity in the past, so there's a chance he plans on doing that once again in the near future.