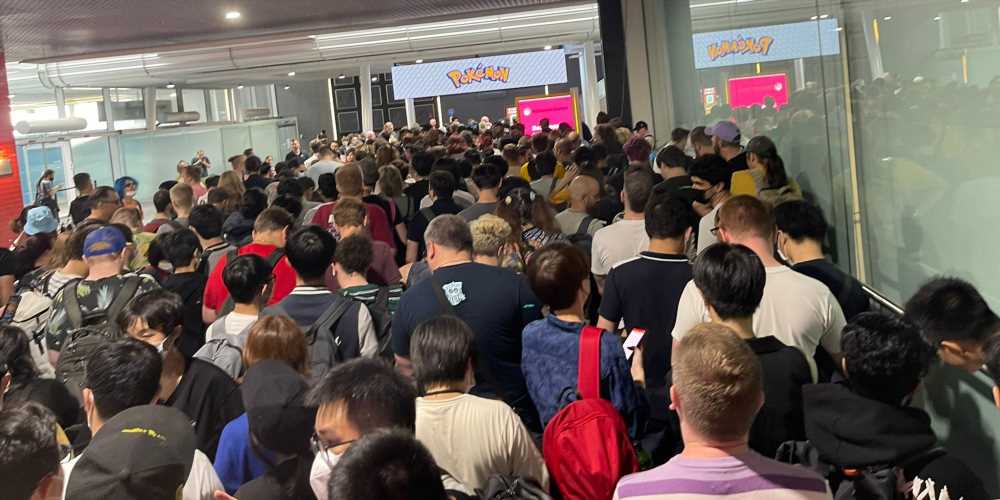 The Pokemon Center has returned to London. Right now, you can head down to ExCeL London to see the Pokemon World Championships and also pick up some exclusive new merch, such as the exclusive London Beefeater Pikachu and Roserade plush toys.

However, you’ll have to be patient. As Eurogamer reports, things are "very busy" at the Pokemon Center, with a lineup so long that it exited the building. That’s despite taking precautions to prevent a repeat of the disastrous 2019 Pokemon Center that saw attendees wait over six hours just to enter.

Back in 2019, the Bowler Hat Pikachu toy proved to be so popular that the London pop-up store had to reduce its operating hours to prevent it running out of stock–which still happened anyway. The Pokemon Center even had to close operations days before its planned end date.

This year, the Pokemon Center offered time slot reservations in a virtual queuing system to prevent a similar fiasco. Unfortunately, that system seems to have become overloaded due to crushing demand. One attendee wrote on Twitter that the system had outright crashed, leading people to still face an hours-long wait even with a reservation.

Attendees are currently being told to start queuing an hour before their appointment time in order to get in, which sort of defeats the purpose of a virtual line. Social distancing is, naturally, completely out the window.

In more positive Pokemon news, the Pokemon Company International recently announced a $25 million fund that will be offered to various charitable organizations helping children around the world over the next five years. UNICEF USA, The Trevor Project, Save the Children, Black Girls CODE, and GlobalGiving are just some of the organizations that will receive the funding. Most of that will be in cold hard cash, but some organizations will receive Pokemon TCG and Pokemon Center products. They won’t even have to wait hours in line to get them.