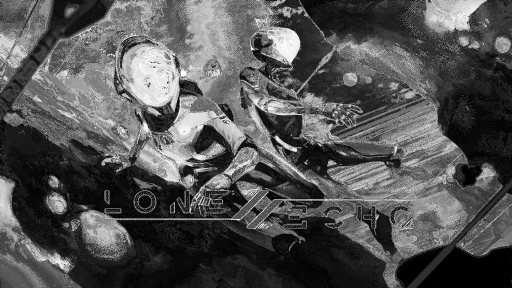 Lone Echo 2 is a suitably lavish swansong for the Oculus Rift, but it’s a familiar and glacially-paced adventure. Read on for our Lone Echo 2 review.

Get a good look at Lone Echo 2 while you can. Drink in the sweeping vistas, finely-detailed space junk and frankly unmatched character animations because, let’s face it, VR probably isn’t going to look this good again for some time. Ready At Dawn’s long-delayed sequel has the unenviable task of being Facebook’s last Oculus Rift exclusive; one final high-budget, ludicrously-produced bash to make even the newest of GPUs groan. The game itself is unconcerned with that burden, instead stubbornly fixated on its slow-going roots in a deeply respectable but glacially-paced follow-up.

We’re back with Jack and Liv, the android and human odd-couple that, at the end of the first game, found themselves at the other end of time after a supernatural event catapulted a disease-ridden ship into their own era. The pair must find a way home whilst also combating the infestation, known as the Biomass.

Fans of the first Lone Echo will remember it for its deep focus on narrative and character connection, and that’s still very much the case here. I’d argue that, to this day, we haven’t seen a more convincing VR companion than Liv, a sullen-but-fair Captain that’s immaculately realized both through believably empathetic dialogue perfectly delivered by Alice Coulthard and RAD’s own penchant for impeccable facial animations and performance capture. Her relationship with robotic protagonist, Jack (who, oddly, is voiced by Troy Baker literally doing the robot), is a rare thing. It’s built on a deep admiration and fondness for each other but leaving the player to ponder the iffy ethics of human/android relations themselves.

What is it?: A sequel to 2017’s sci-fi VR blockbuster in which you throw yourself through zero-gravity environments in a narrative-driven campaign..
Platforms: Oculus Rift
Release Date: Out now
Price: $39.99

It’s this relationship — and others that will brew throughout — that ends up carrying the sequel’s plot. The quest for a potential cure for the Biomass is certainly filled with twists and turns, including moments of nail-biting tension, but it’s also one of hefty, hefty conversation. There is a lot of waiting around and listening to other characters talk in Lone Echo 2, even more so than the first game given that this is a longer sequel stretching out to a 7+ hour adventure. The small dialogue choices return and there are sometimes microinteractions to keep you busy but, even though the game remains powerfully immersive throughout, your own patience might not last the trip.

That’s not to say the story itself is boring, it’s just extrapolated to an unnecessary degree. Characters sluggishly reach conclusions that you’ve come to minutes before they’ve finished a monologue, or deliver objectives to pull switches or scan items long after you’ve already completed them. In one late-game sequence, an AI extensively explains how to use a hand-mounted gun while you’re chained to a wall and you’re not let free until you’ve completed a lot of target practice. Anyone that’s played a VR game before will likely have learned how to use it in mere seconds. Every tiny action or minor development comes with a similarly lengthy explanation. The game essentially refuses to move at your pace and, whenever you’re accompanied by another companion, you know you’ll be moving at half the rate you would otherwise.

It’s not until you’re finally given some alone time — a good few hours into the game — that Lone Echo 2 finally starts to return to some of the interesting puzzle-platforming it explored in the first game. The zero-gravity movement is still wonderfully fluid, allowing you to hurl yourself from one end of the room to another with lucid-like simplicity. Challenges pick up where the first game left off; the bulbous Biomass presents a lot of navigational trials but the game quickly sets about establishing a few new threats. Ticks, for example, are a mobile form of the infection that you’ll first need to distract with another power source — say moveable cranes or door locks — before passing by, and one section with net-like Webs requires you to target specific mounds of Biomass to unblock passages.

Smaller side missions are also back though there are precious few of them, and many of the tasks at hand resemble the busy work and fetch quests you’ll have gotten used to in the first game. In other words, gameplay in Lone Echo 2 is very much in service to the story at all times, and there are only a handful of moments in which it really feels like a game more than it does a kind of interactive movie.

Appreciated as these new challenges are, there’s little to Lone Echo 2’s gameplay that’s drastically different from the first. New powers like telekinesis and, eventually a wrist-mounted firearm (borrowed from the excellent Echo Combat expansion to the multiplayer Echo VR) are similarly welcome but really don’t evolve too far beyond what’s come before. Both thematically and in execution this is a little bit too much of the same, and the sequel doesn’t benefit from the same sense of revelatory exploration that made the first such a landmark achievement. When I finished the first game in 2017 I said I felt like I was witnessing the end of the first act rather than a full game and both Lone Echo 2’s story and gameplay features definitely feel like expansions to the original more than the next big step.

If there’s one element of that game that does push the boundaries, however, it’s the sheer graphical ambition. Lone Echo 2 is, without a doubt, the best-looking VR game you’ll play this year. Not only are the character models some of the most strikingly authentic you can find in gaming but areas of the game are huge in scope with stunning complexity to them. The Biomass itself is a thing to behold, flooding through corridors and floors. But it’s not until later in the game that you realize each and every bulb in the sprawling sea of infection is its own unique property, and not just an asset mesh. That counts right down to the tiniest of spheres on a control panel; it’s ridiculously impressive to take in.

Lone Echo 2 is pretty unique in the comfort zone given that its movement is different to most VR games. Throwing yourself through environments feels natural and, as such, you’ll hopefully find it to be a very comfortable experience even if it’s technically smooth locomotion. You could always try the free Echo VR multiplayer to see if you can stomach the experience, plus there are incremental artificial turn options too.

Amongst this eye-opening display of technical proficiency hides a rawer beauty. When you die in the game, you reboot at a Fabricator machine and the husk of your old shell is still visible. In one scene I respawned just in time to see my old self float past in a fetal position before being lost to the vastness of space. It was a stunning moment of quiet awe that I won’t soon forget, and you’ll more than likely discover many of these moments for yourself.

But you will, of course, need a very decent rig to make it run and there are some technical hiccups. My RTX 3060 could just about handle the game on high graphics settings but even then, running the game off of an SSD with 32GB RAM, there was some pretty aggressive pop-in in some of the game’s larger areas and even some of the smaller sections had blurred textures. Combined with the cut to loads between areas, the overall package doesn’t feel quite as polished as you might expect in certain segments. It’s also worth nothing that, if you’re playing with an Oculus Quest via Link or AirLink, the camera placement on that device can cause some hiccups in tracking when facing away from your hands.

Lone Echo 2’s incredible production values and first-rate immersion make for an enjoyable swansong that’s let down by its plodding pace and familiarity. Despite arriving four years after the groundbreaking original, there’s very little that will surprise you here and, although well written, the drawn-out character dialogue quickly wears thin. It’s still held up by a fantastic locomotion system with first-rate immersion alongside a solid story with believable performances, but the startling spark of blockbuster innovation that fuelled the first game has long-since died out. Jack and Liv’s mission to get back to the past makes for a fun ride, but parts of Lone Echo 2 were stuck there to begin with.

For more on how we arrived at this rating, read our review guidelines. What did you make of our Lone Echo 2 review? Let us know in the comments below!