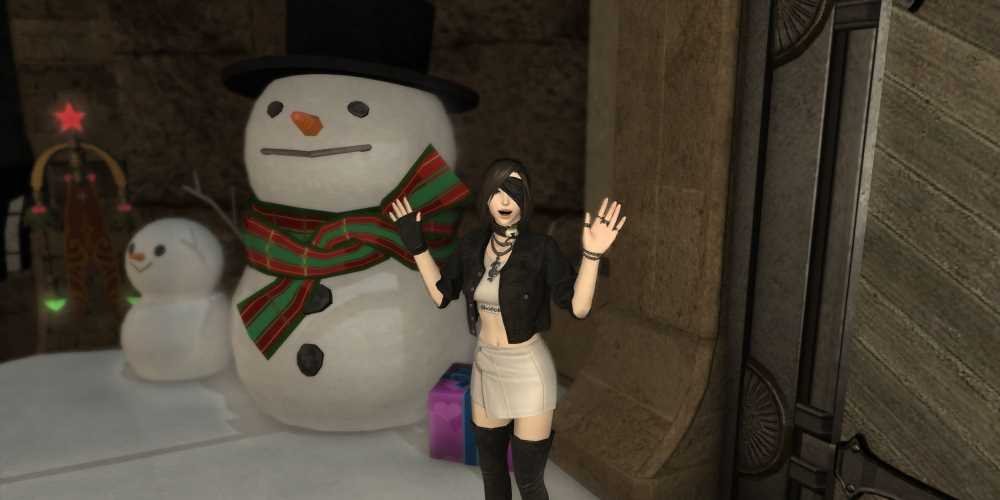 As the year draws to a close, I thought it would be fitting to look back over everything my Final Fantasy 14 Warrior of Light has been up to in 2022. I rolled credits on Endwalker on January 2, 2022, and though the game has received plenty of content drops this year, I’ve fallen behind on my main scenario quest completion. After all, my WoL deserves a break after saving the world.

My Final Fantasy 14 social calendar has been more jam-packed than my real-life one because of my Community Spotlight project. I’ve had the pleasure of attending many amazing events and speaking with brilliant people from across the community, both of which inspire me to try new things in-game. Other times, the content play adds new community players to my radar, and new Community Spotlight leads.

At the beginning of the year, I was still mopping up Endwalker side content. In particular, I was pumping countless hours into tracking down the new Hunt Marks and Special FATEs. I wanted those sweet new mounts and minions. I was lucky with most of the FATEs, but Omicron Recall decided to test me over a number of days. I really wanted that Level Checker mount, though, so I spent days camping that damned square. 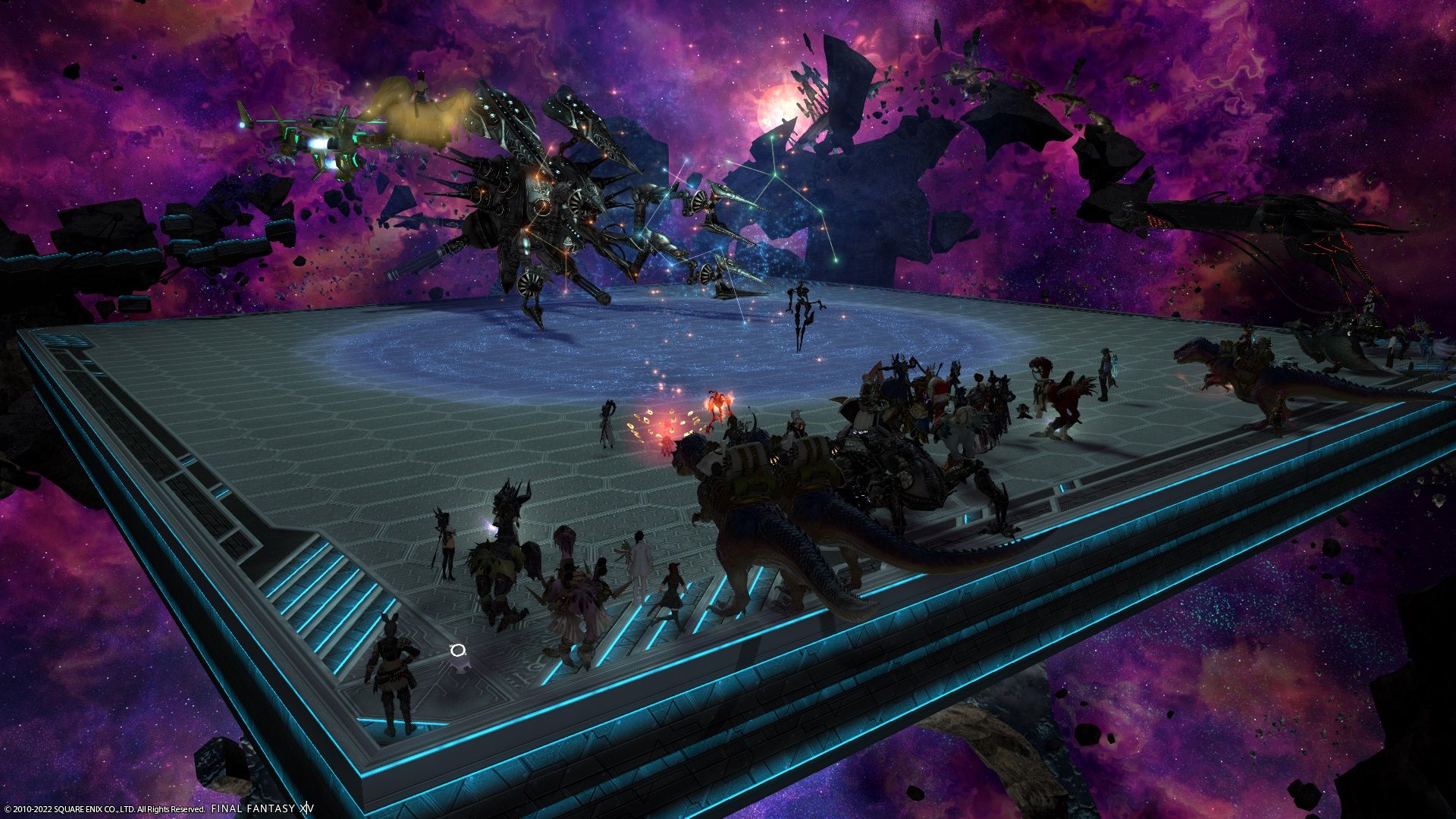 It’s funny how situations like this, though incredibly monotonous, can have silver linings. I made friends with another player who was camping the windows at the same time as me, and we partnered up to clear through the prerequisite FATEs and would nudge each other whenever something happened. We used the Faloop Discord to notify us when FATE windows popped across the different instances, and so my reignited interest in FATEs led me to speak to Faloop founder Moo about the incredibly handy resource.

Later in the year, I put on my big girl pants and gave PvP a chance. I had always been intimidated by the prospect of PvP as I don’t consider myself a very skilled player, but the addition of Crystalline Conflict in Patch 6.1 and its surrounding hype, as well as talking with PvP streamer Brian Ricardo, was enough to convince me to head to the Wolves’ Den Pier. To my surprise, I enjoyed it. As expected, I wasn’t the best at it, but it’s short and snappy, so it doesn’t really last long enough for me to fail too badly. The more I played, the more I learned, and I slowly got a little better at it.

It felt like a lot of my Community Spotlight projects in 2022 were dominated by fish. Aquariums, museums, and learning about fishing discovery from notable Fishers within the community piqued my interest in a class I’d never paid much attention to before. Everyone I spoke to was enthusiastic and told me to check out Ocean Fishing, as it’s the quickest way to level, so recently I took the plunge. Not literally, as the whole point of fishing is to stay on deck, but I had help from friends who showed me the basics, and I might just have caught the fishing bug now. That or seasickness. I can foresee a lot more fish in my future in 2023. 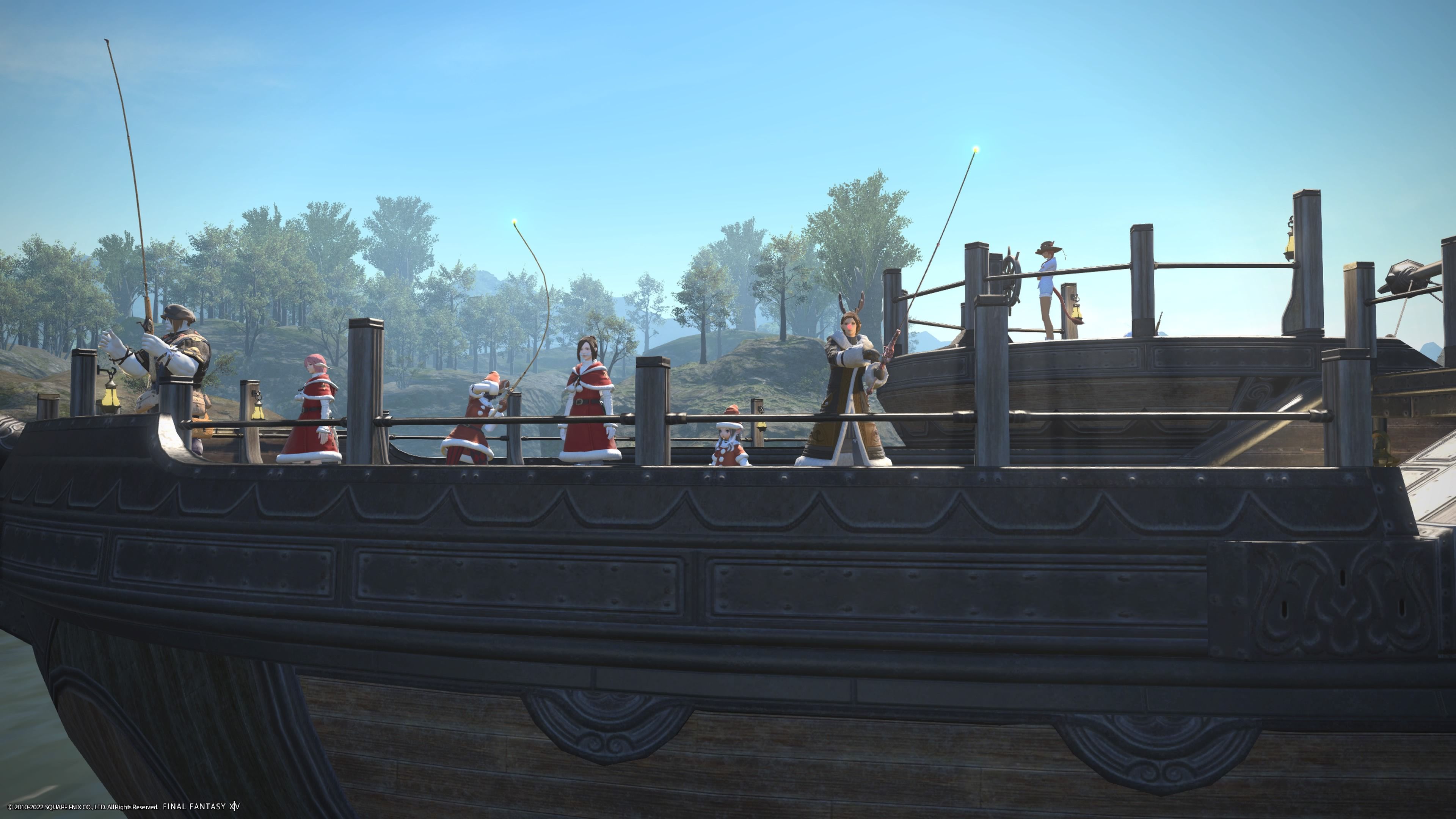 Throughout the year, my Community Spotlight articles had me visiting different data centers, often meaning having to roll alt characters. As a result, I miss out on the full experience at times because I don’t have access to certain areas, or I don’t have the gil, glamours, or emotes to join in the fun properly. Between this and my lonely existence on Ragnarok, I decided to create a character on a North American server to level properly. I ended up rediscovering old content I had forgotten years ago and found myself enjoying the grind of leveling and story content again.

While I may not have hit any hard figures in terms of progress, no new classes levelled, and no impressive achievement unlocked, I’m satisfied with everything I did in Eorzea in the past year. I made many new friends and learned much more about the community, the game, and myself in the process. Roll on 2023.