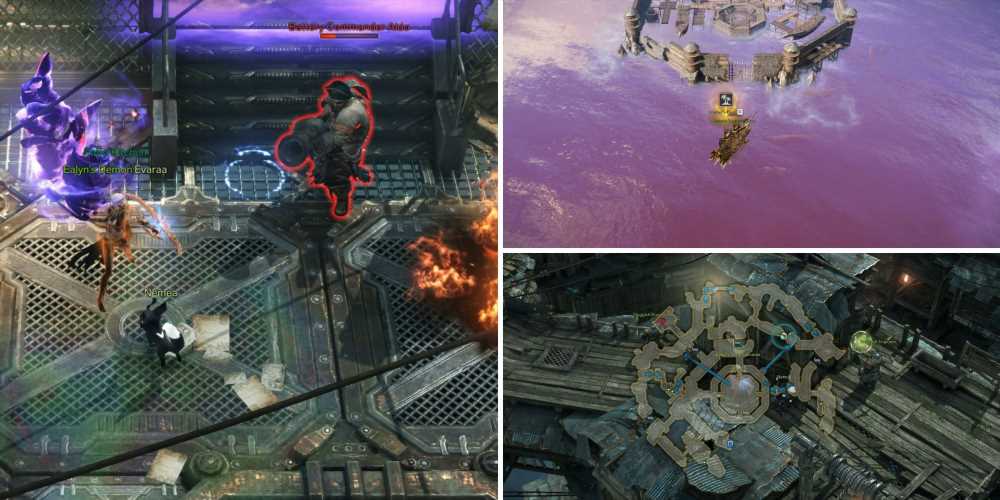 There’s a fair number of things to get done on this fortress of an island, as aside from the main questline dedicated to it, there is an Island Soul to acquire, a Rapport NPC to gain the trust of, a total of five Mokoko Seeds to collect, and an Una’s Task to get you to come back on the daily. 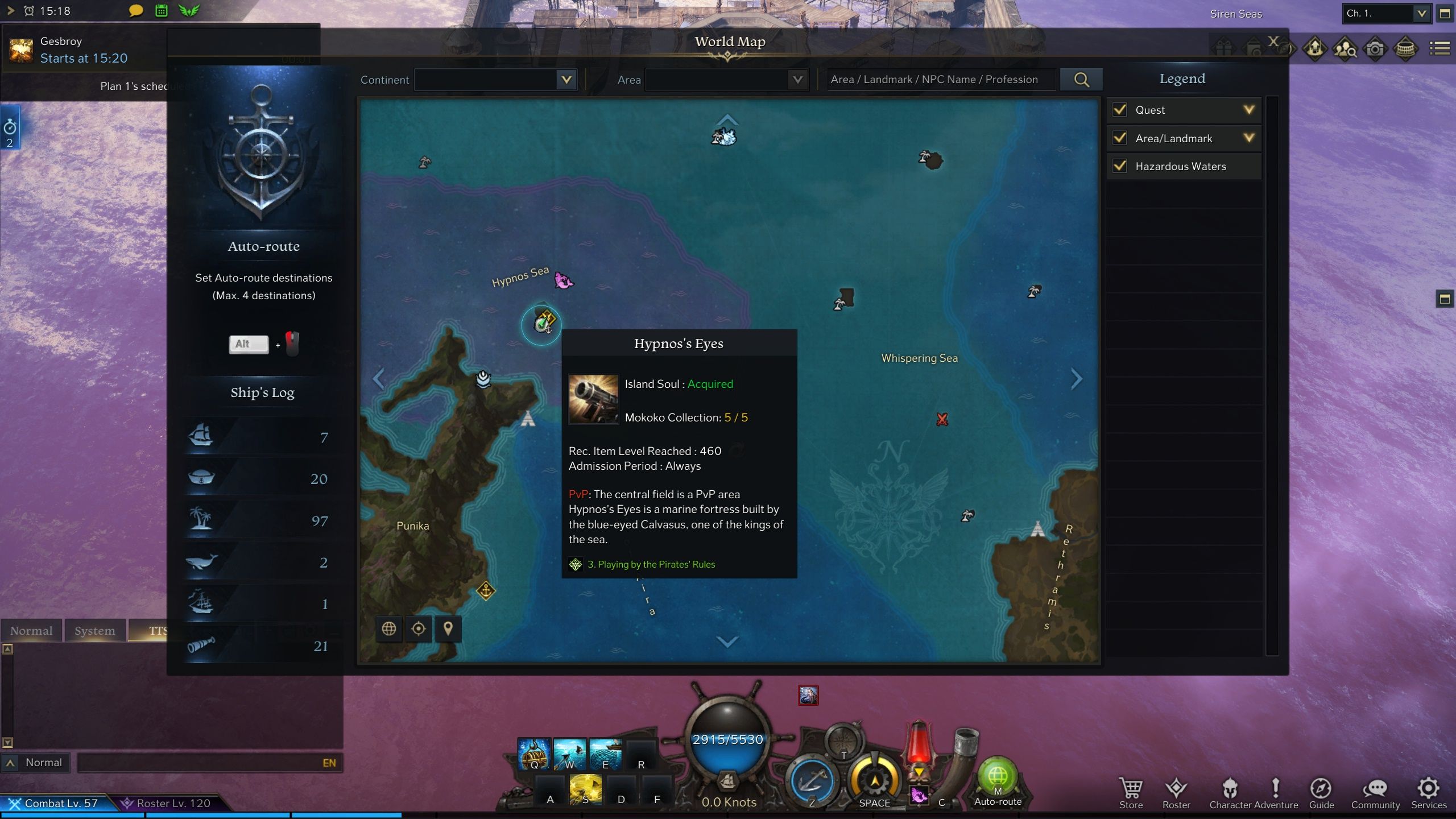 Hypnos’s Eyes is located in the southern Sea of Procyon, a short distance north of Punika. It also happens to be sitting smack in the middle of the level three Siren Seas, so equip your ship accordingly when sailing over there.

If you want to set a Bifrost point here for ease of travel, you can. If you don’t have the Bifrost key to spare, you can just as easily set your Song of Return to Punika and then sail to Hypnos’s Eyes from there, as it’s such a short distance away. If you don’t have access to Punika yet, Rohendel is the next best option, as Lake Shiverwave is the closest port to the island other than Punika’s Tideshelf Path. 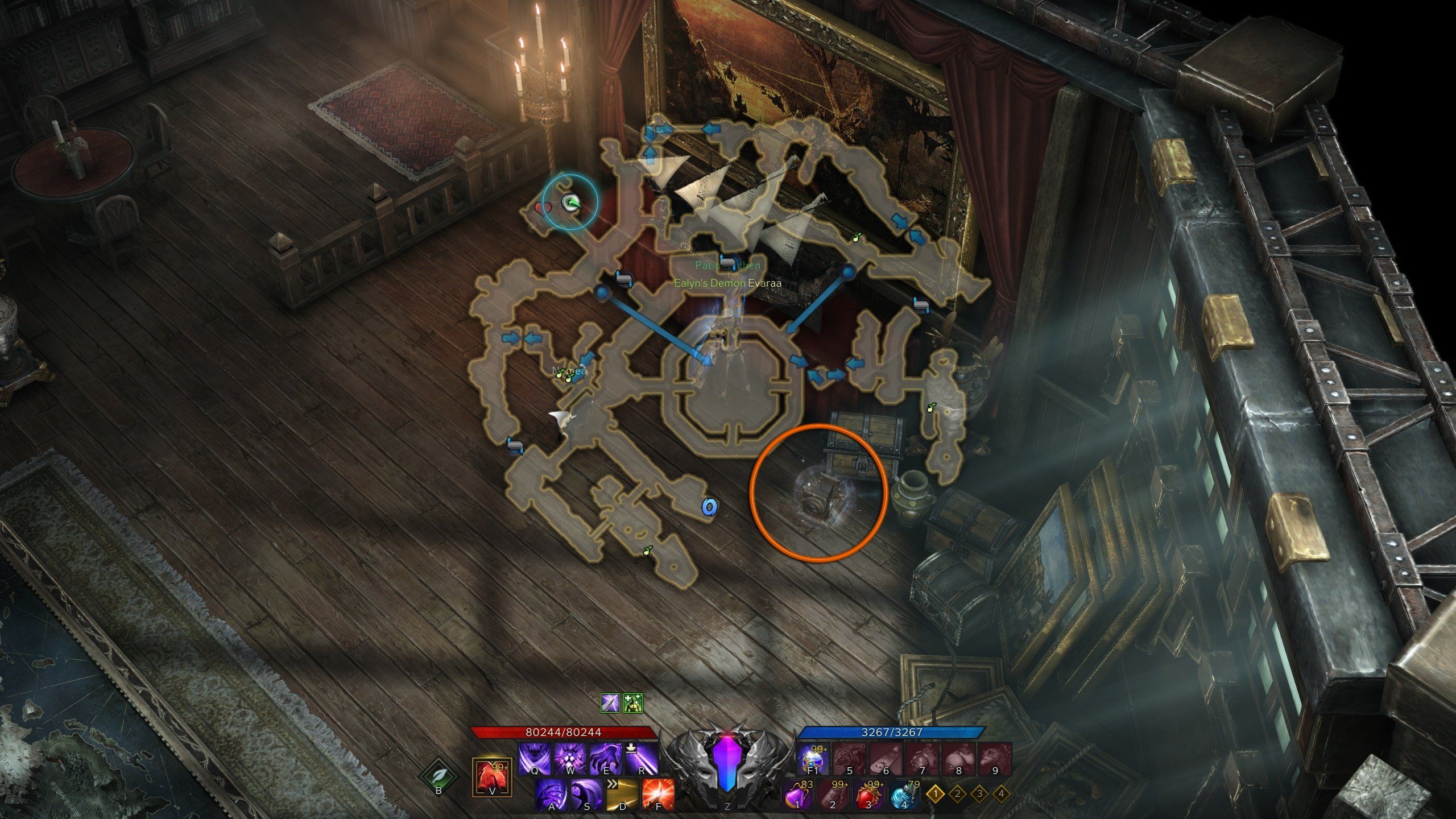 Oddly enough, the initial questline for Hypnos’s Eyes begins on Gravis, a short distance northeast from Hypnos’s Eyes, with the Arthetinian Reporter Burnstein. The quest is titled “Scoop, Hypnos’s Eyes” and will have you sailing your way over to Hypnos’s Eyes shortly after picking it up.

The questline is pretty straightforward, and doesn’t require anything special to complete. Over its course, you are rewarded with a nice amount of silver, a couple of virtue points, and a decent chunk of tier two honing materials that are bound to your roster.

If you’re doing this questline on a character in tier three, make sure you stick all the chests with tier two honing materials into your roster storage, instead of opening them up and making them bound to you.

The last quest, titled “Unforgettable,” is not automatically given to you at the end of the questline, as the story ends in a bit of a mystery. The final quest can be picked up through a hidden object (Reporter Burnstein’s camera) that you must interact with. It’s located in Blue-Eyed Calvasus’ home, as shown in the image above. 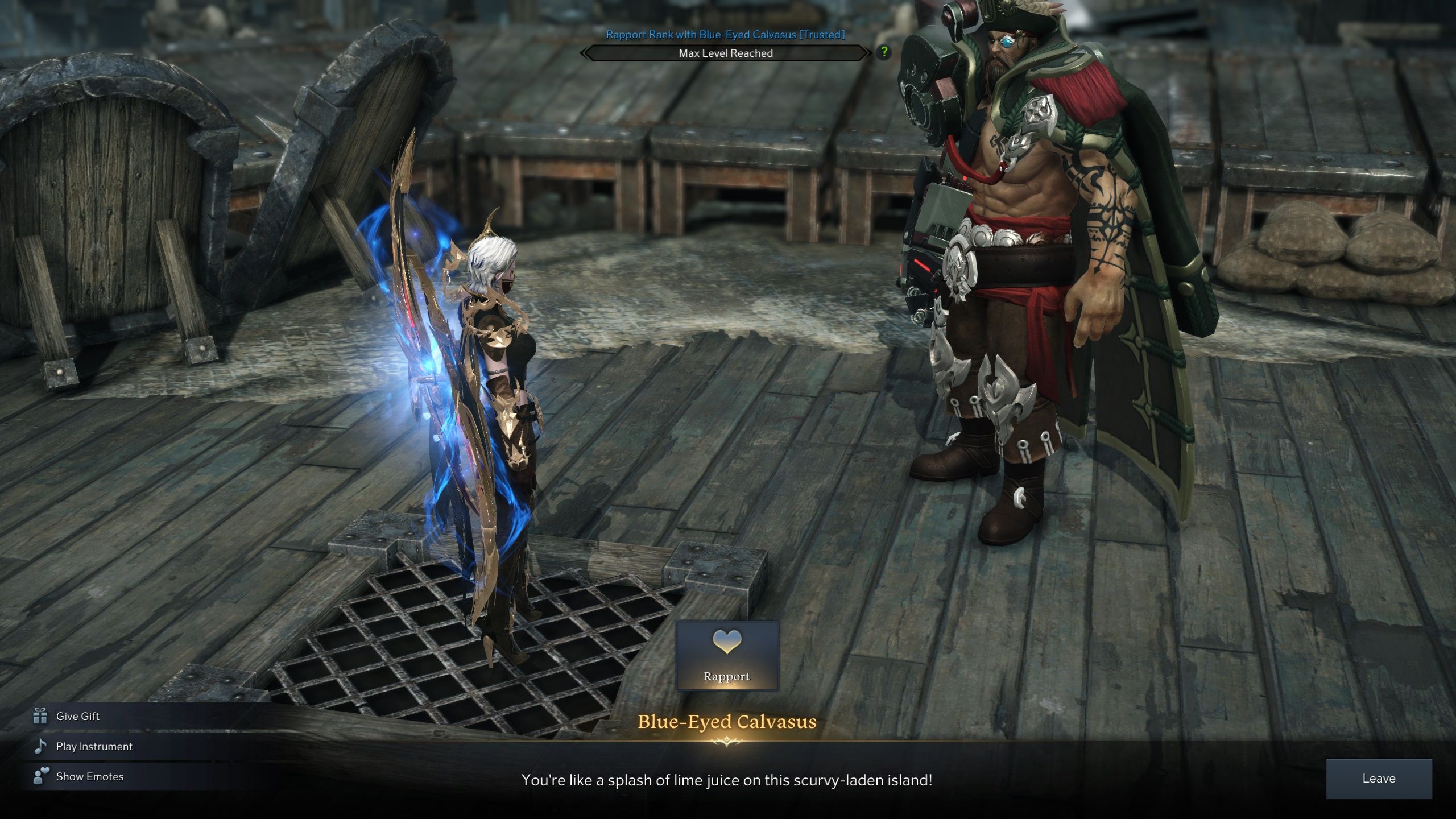 The Island Soul for Hypnos’s Eyes is directly tied to the Rapport progress of Blue-Eyed Calvasus: the very large, muscular, and robotically enhanced pirate captain. All you need to do is get him to the rank of trusted. But there’s more to him than this….

This behemoth of a man gives you more than just an Island Soul. So, let’s take a gander at the points required for each of his rapport ranks and what he rewards at each milestone:

The total number of rapport points required to max out Blue-Eyed Calvasus at trusted totals at a whopping 38,200. While this is quite a lot of points, it is justified by the rewards he gives. An Island Soul, Giant’s Heart, and a Masterpiece is incredible collectible value, and is nearly unrivaled in the entire game. With that said, if you were ever debating which Rapport NPCs to drop some relic rapport gifts into, Blue-Eyed Calvasus is most definitely one of the best options. 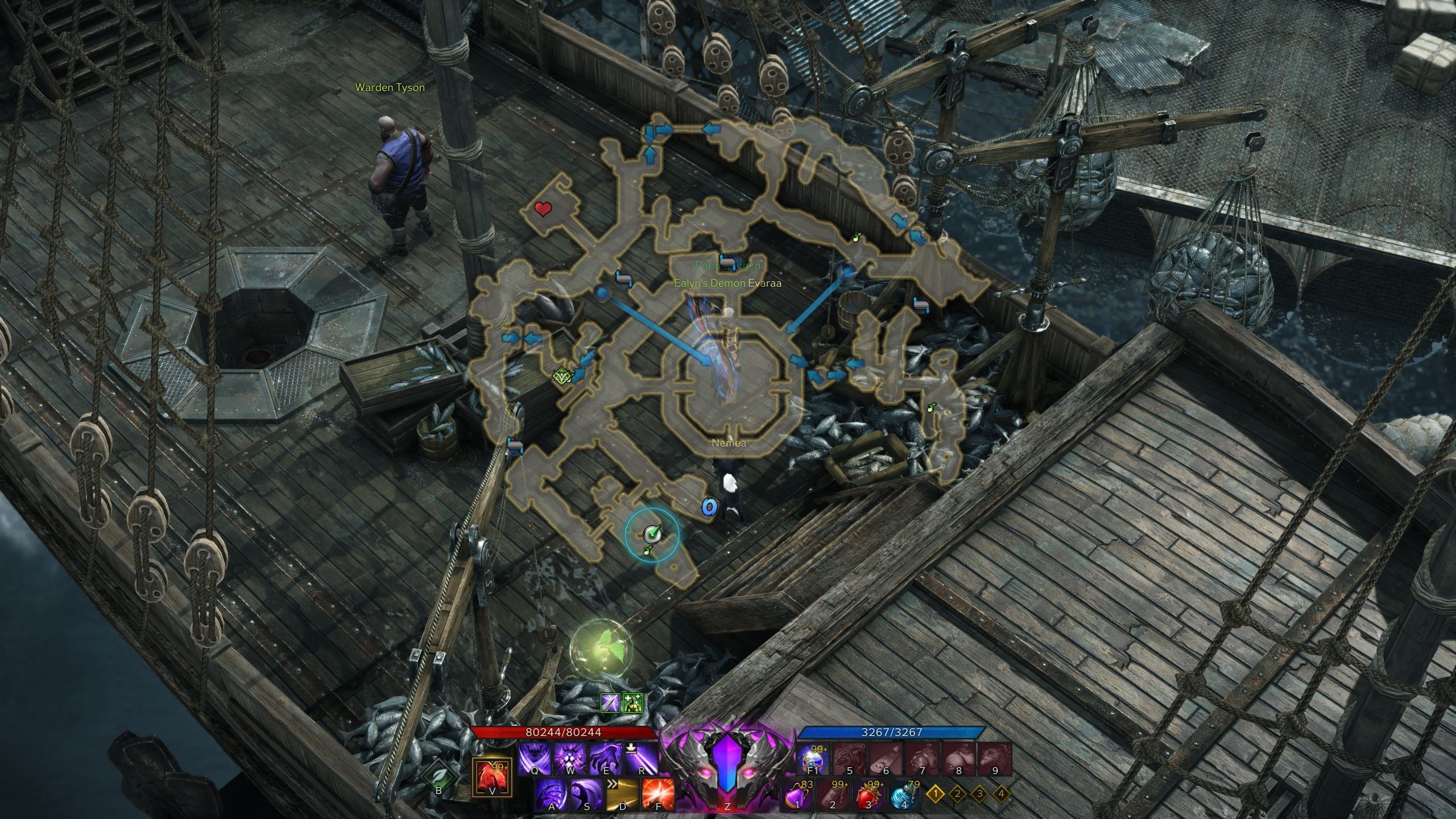 The first Mokoko Seed is in the southwestern portion of the island, on the ship right next to the island’s entrance. It’s sitting in between a pile of fish and a set of stairs. 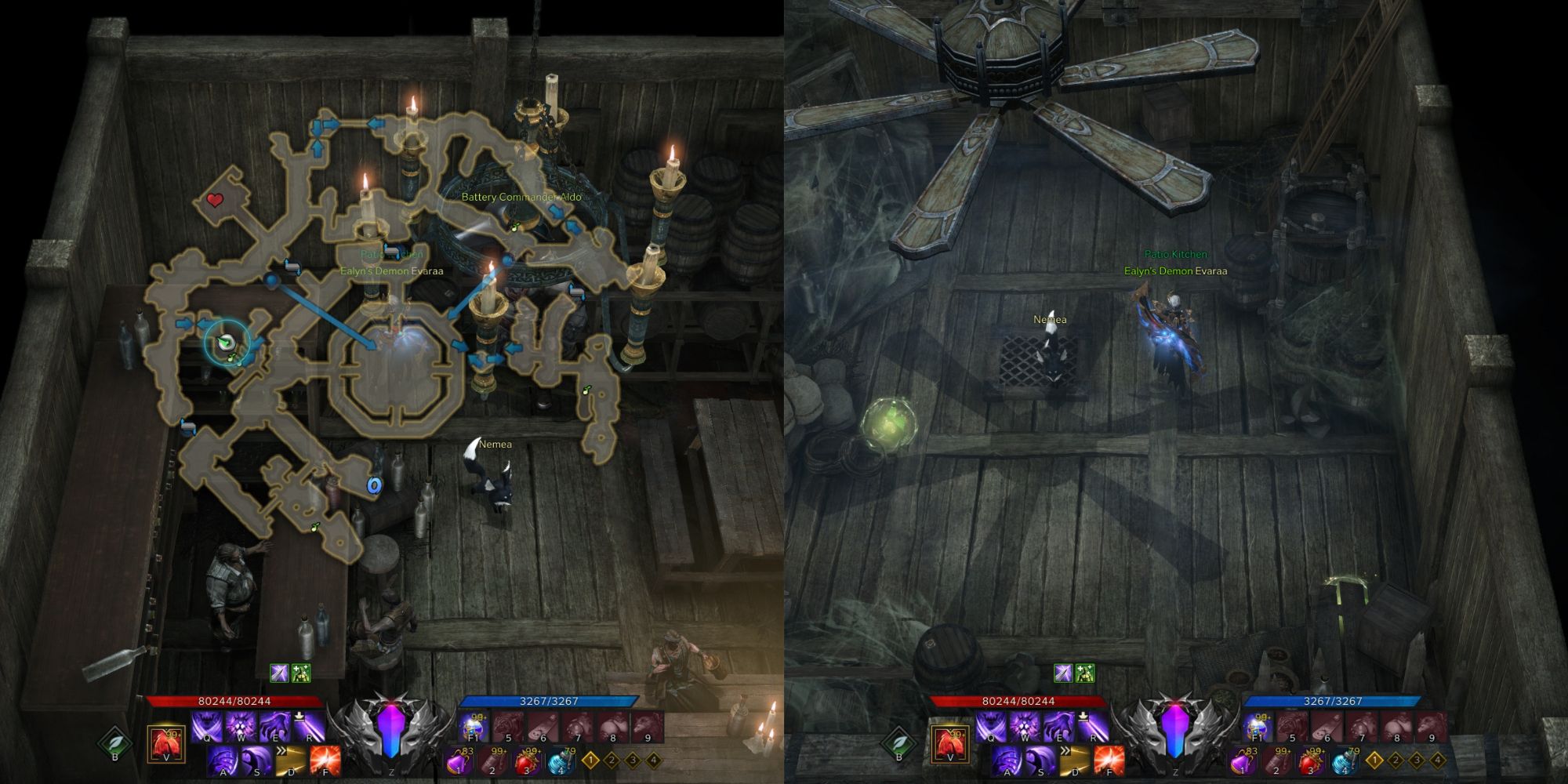 The second and third Mokoko Seeds, while technically on the map, are in a hidden area. Head on over to the tavern (where you would normally begin the Una’s Task in order to gain access to the arena) and make your way to the back. There is a hidden ladder right behind the bar and next to Battery Commander Aldo (left image) that you can go to in order to access the basement.

The two Mokoko Seeds lie in wait for you there (right image). One is clearly visible on the left of the room, but the other is significantly more obscured. It is in the bottom right corner, underneath some wooden planks. 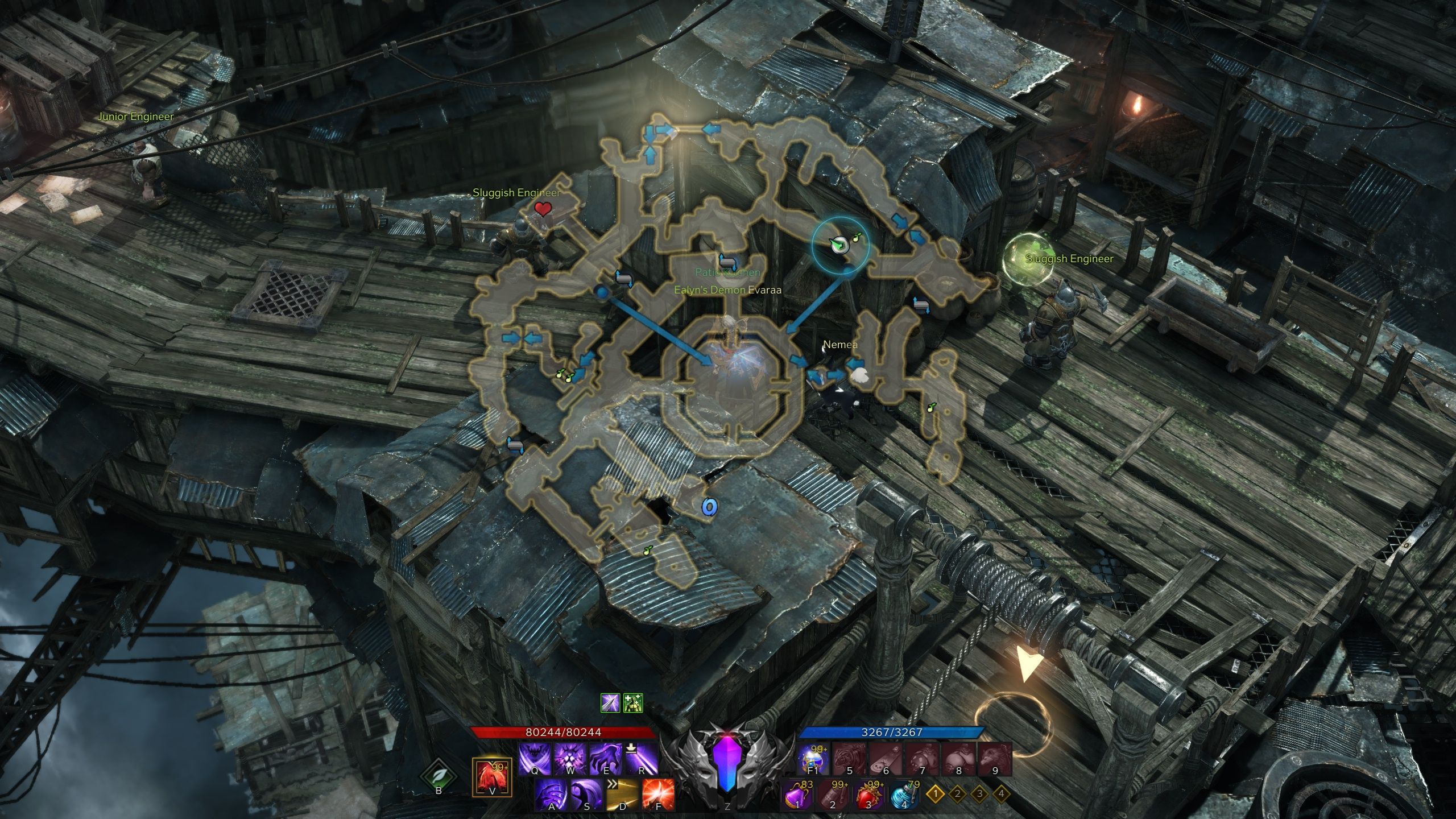 The fourth Mokoko Seed is in the northeastern portion of the island, hiding behind the Sluggish Engineer, who is standing very close to the zipline that gets you back to the central arena. 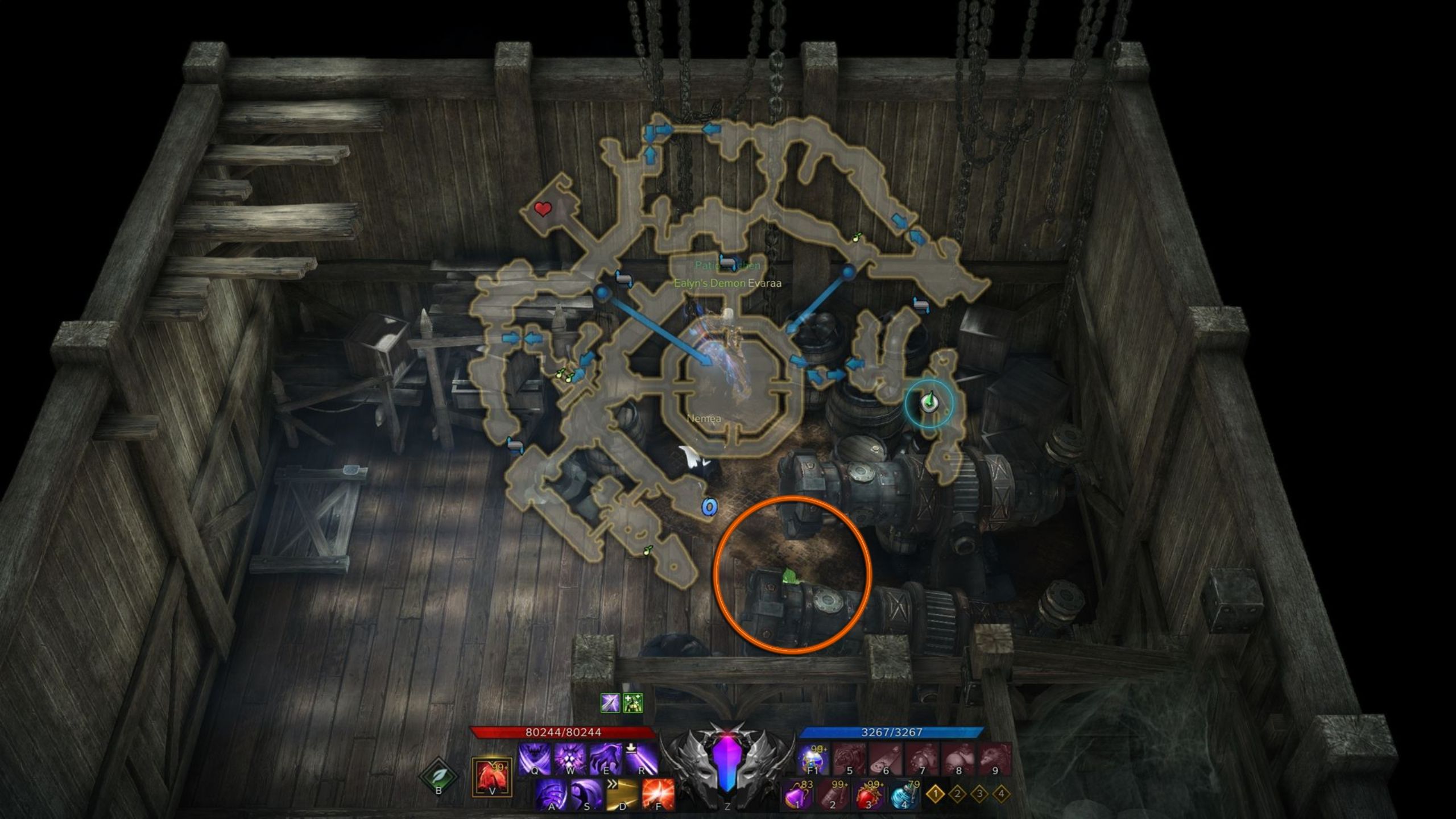 The fifth Mokoko Seed is hiding in the hull of the ship on the easternmost portion of the island. Make your way to the hull and to the back of the floor to where the two cannons are sitting. The Mokoko Seed is sneakily placed just below the mouth of the cannon closer to the entrance. You can see its leaves sticking out from certain angles. 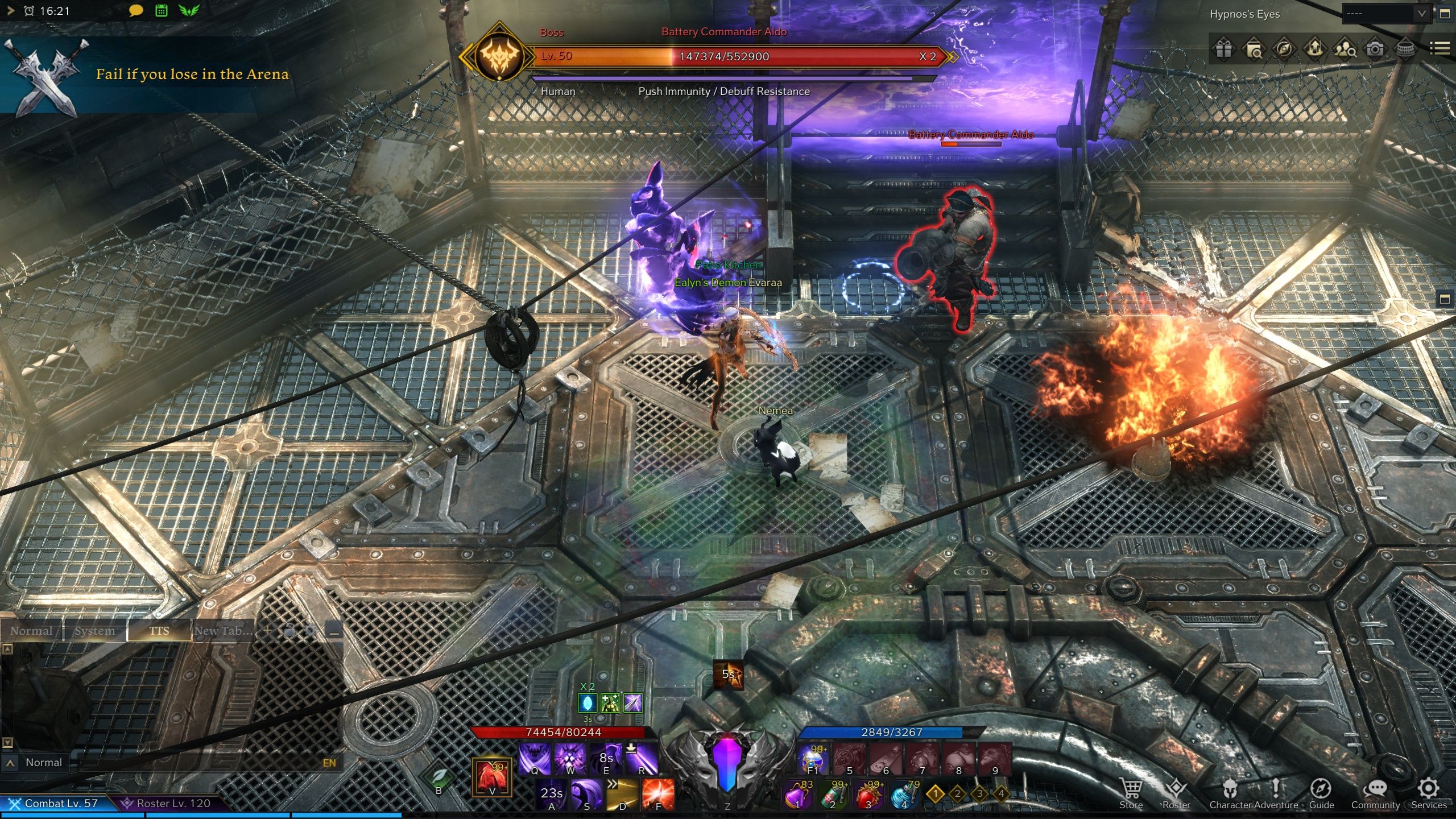 The Una’s Task on this island (titled “The Defense”), while simple, is a daily that does take a decent amount of time to complete each day. You’ll only have to complete it ten times total, though, as shown below. It sees you stepping into the central arena of the island, gladiator-style, defending your title through four rounds of enemies, with the final round being a boss.

The last item of the tier three rewards is a quest item that begins your journey toward acquiring your very own Tragon, one of Lost Ark’s powerful ships. But, even if you don’t care for this particular ship, the number of pirate coins you get from maxing out this Una’s Task reputation is a very nice sum. It can help you out in the long run with things that require a lot of pirate coins, like building your Astray ship.

Keep in mind that Hypnos’s Eyes is a tier two island, so if you’re doing this Una’s Task on a tier three character (you’ll still get honor leapstones instead of life leapstones as a reward for completing the daily, though), you shouldn’t have any trouble completing it as you’ll be one-shotting most of the enemies that come at you in the arena.