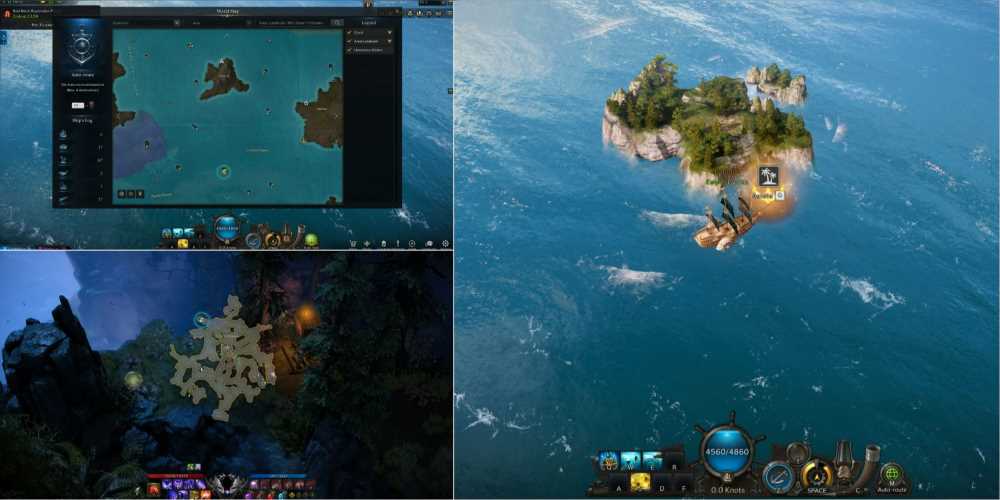 Astella, the island of fallen stars, is one of the simpler islands Lost Ark has to offer. There’s no real connection to the main storyline here, but it is nonetheless one of the prettier islands to visit, with its dark lighting and shooting stars.

Like most of Arkesia’s islands, Astella contains Mokoko Seeds, of which there is a total of four scattered across the island. Two of the seeds are simple finds, somewhat hidden on the island, while the other two are located off-map, but still, not in a very complicated place. So, let’s take a look at where these four seeds are. 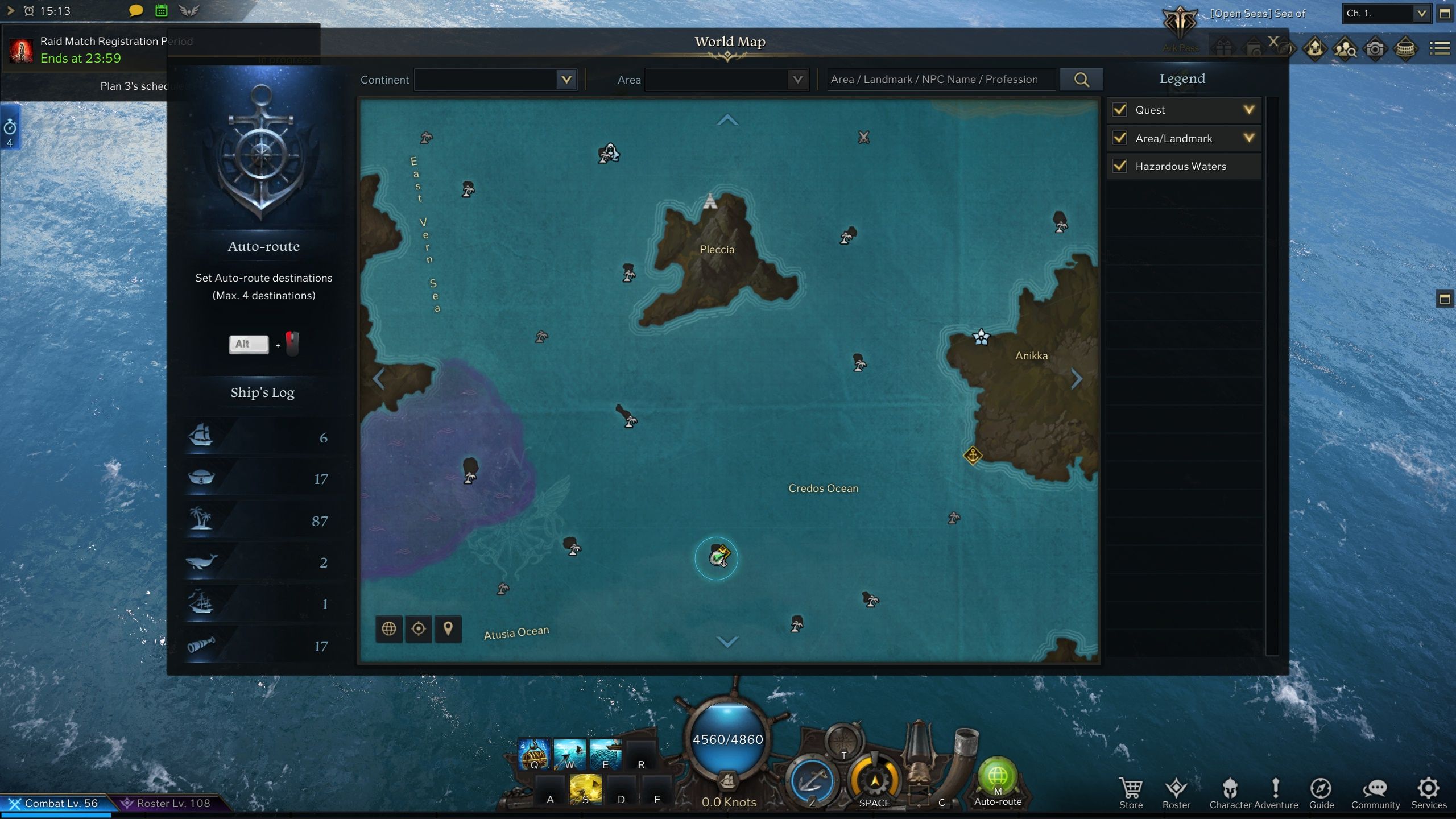 Astella is located in the Credos Ocean of the Sea of Gienah, directly south of Pleccia. 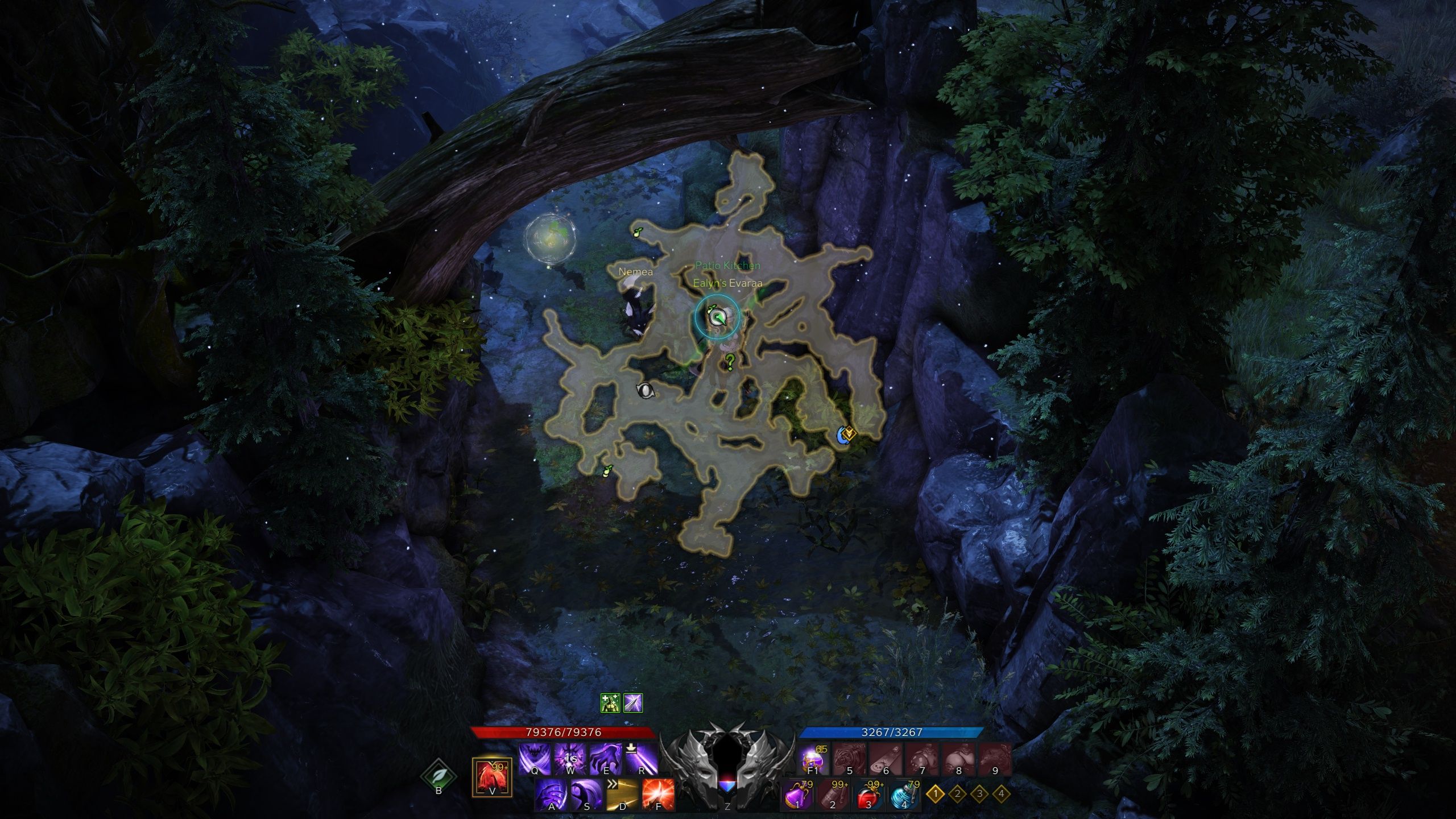 The first Mokoko Seed is found in the central part of Astella. It is easily visible along the shallow river but, from certain angles, it’s completely obscured by a fallen tree trunk, the one that looks like a natural bridge above the river.

To pick up the seed, you’ll have to position your character pretty much directly beneath the trunk, so while you won’t be able to see it there, as long as you’re standing near it, the game will give you the option to pick it up anyway. Just make sure you don’t accidentally pick up a fallen star instead of the seed. 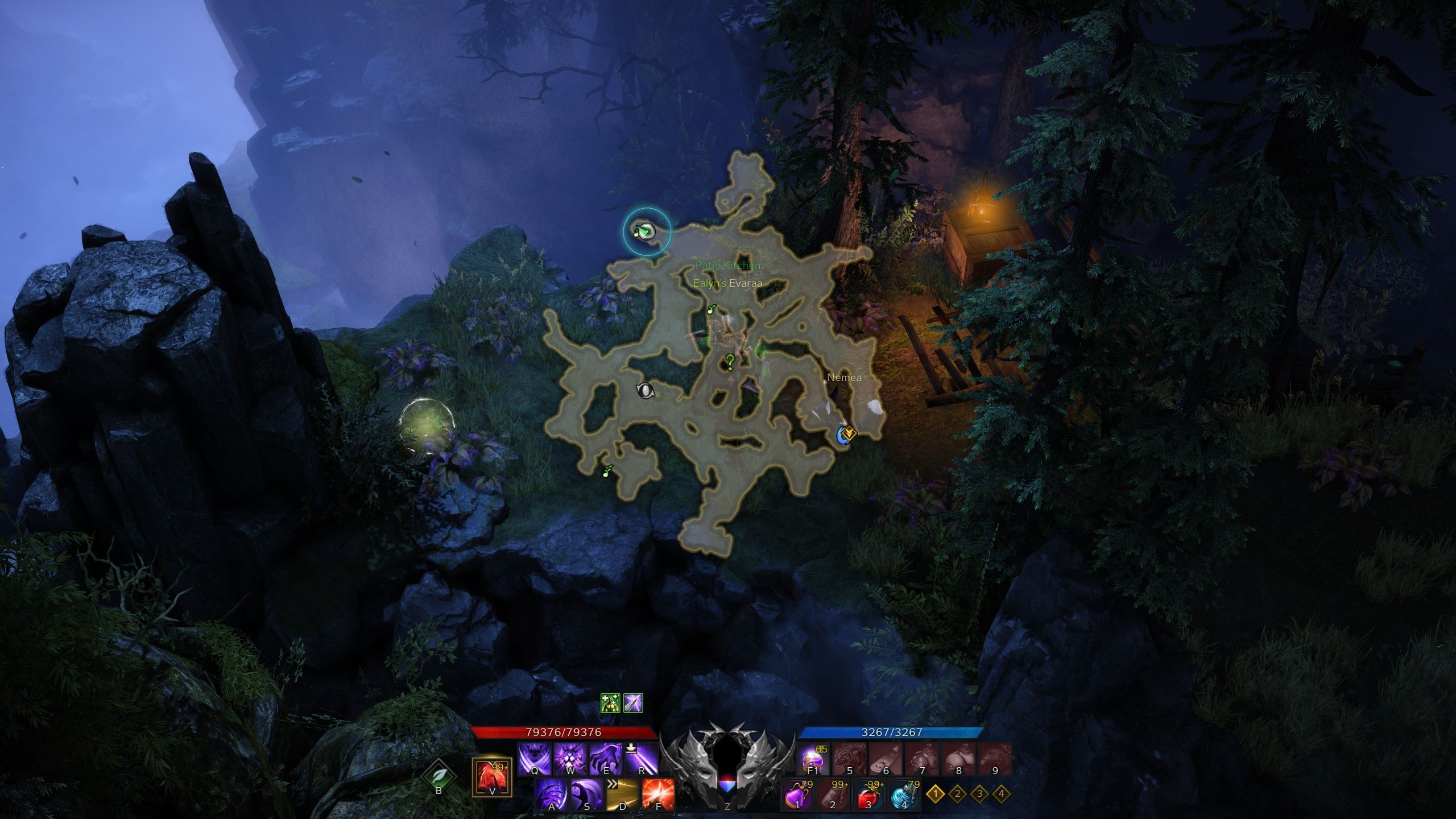 The second Mokoko Seed is located at one of the northwestern tips of Astella. It’s not too obscured, though the dark atmosphere of the island can make it hard to spot at a glance. 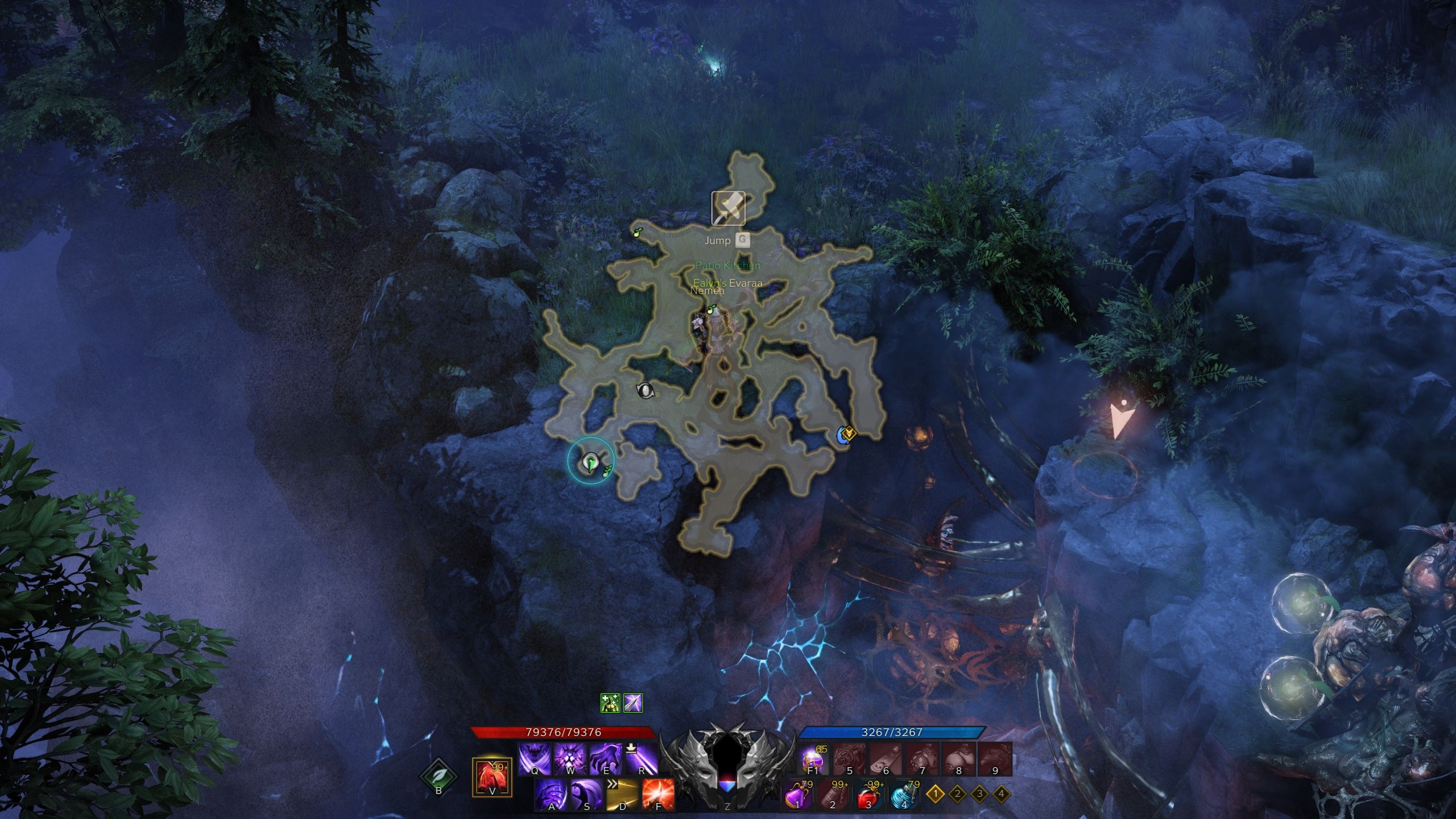 The third and fourth Mokoko Seeds here are found slightly off map and right next to each other, in the southwestern portion of the island. There is no orangish-yellow jumping arrow to indicate the jumping point to access these seeds, however, there is one of these arrows where they’re located, making them easy to spot. Once you see them, make your way to the area shown in the image above and the game will offer you the option to jump across.

It’s certainly a bit odd that there’s a visible jumping-point indicator on the off-map part but not the on-map part, but either way, the bouncing arrow makes the supposedly hidden area much easier to see than it otherwise would’ve been.