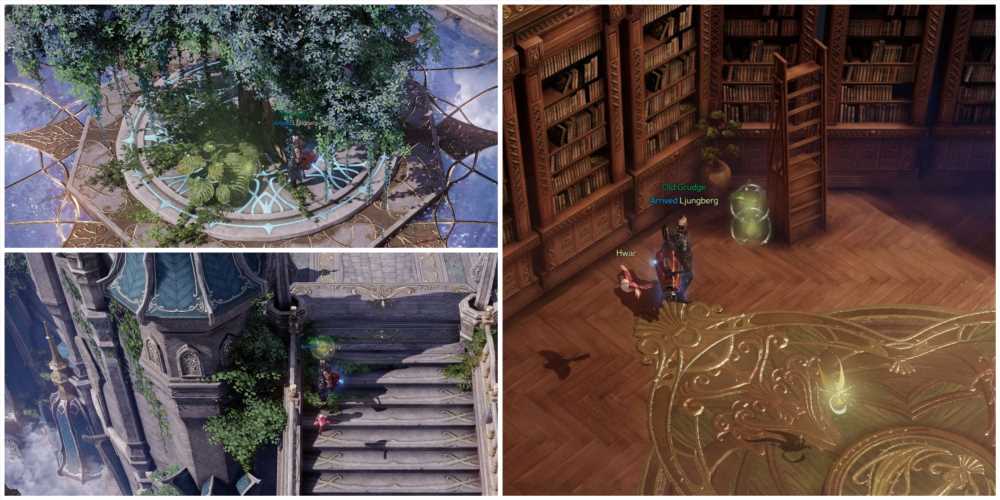 Vern Castle is the capital city of North Vern, the eighth continent of Lost Ark. It is also a central hub with a portal statue and all the access you need for both end game content and vendors. And yes, there’s a comfortingly familiar Neria’s Tavern – as well as some mokoko seeds to collect.

As you’d expect from a capital city, Vern Castle is a safe area with no mobs to speak of. But unlike some earlier cities, the mokoko seeds are all on the main map rather than in secret areas or passageways off the map. If you’ve missed any of their locations, you can find details of how to find them all below. 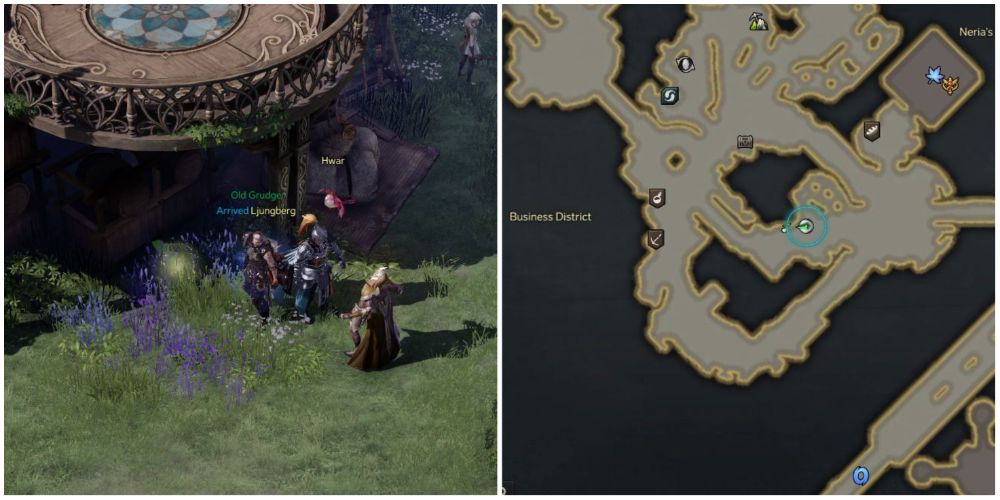 If you’ve arrived via the Port Krona portal, head northeast to Creation Plaza and take the bridge heading directly west into the Business District. Head straight across the circular lawn you arrive at and down the steps, into the area where young fighters are training. A knight is standing just southwest of the trainees, next to a pillar supporting a circular wooden platform. The first seed of Vern Castle is just left of him, in the flowers beneath the platform. 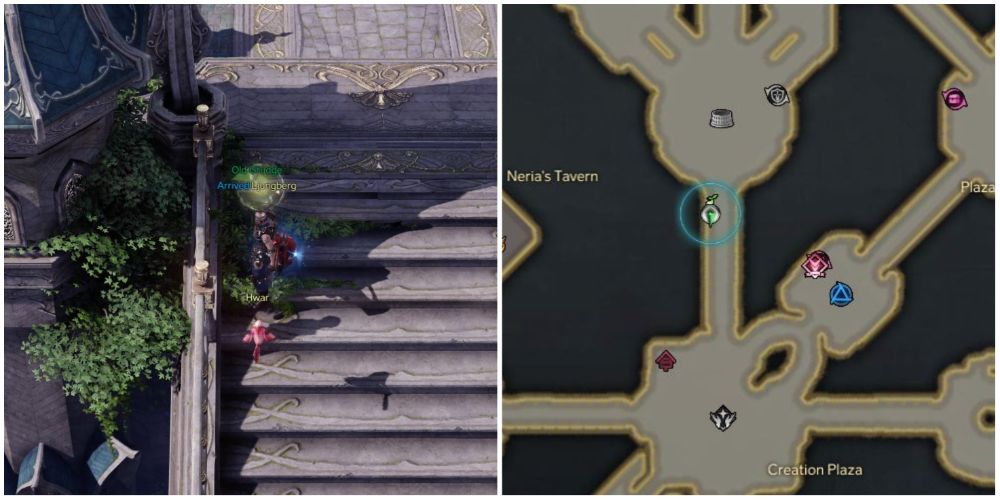 Go back the way you came east to Creation Plaza. From there, head up the steps and along the bridge that heads directly north. Keep to the left of the path and just at the top of the stairs, you’ll see another mokoko on the top step. 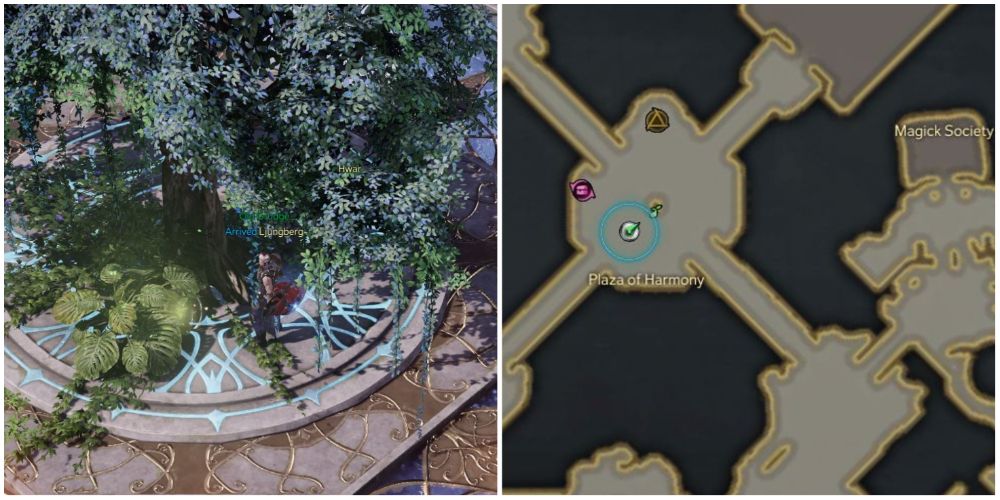 Head back to Creation Plaza and now take the path northeast, past the Portal Statue, to the Plaza of Harmony. There’s a large tree in the middle of the plaza. And there’s a mokoko seed hidden in the ferns at the south side of its base. 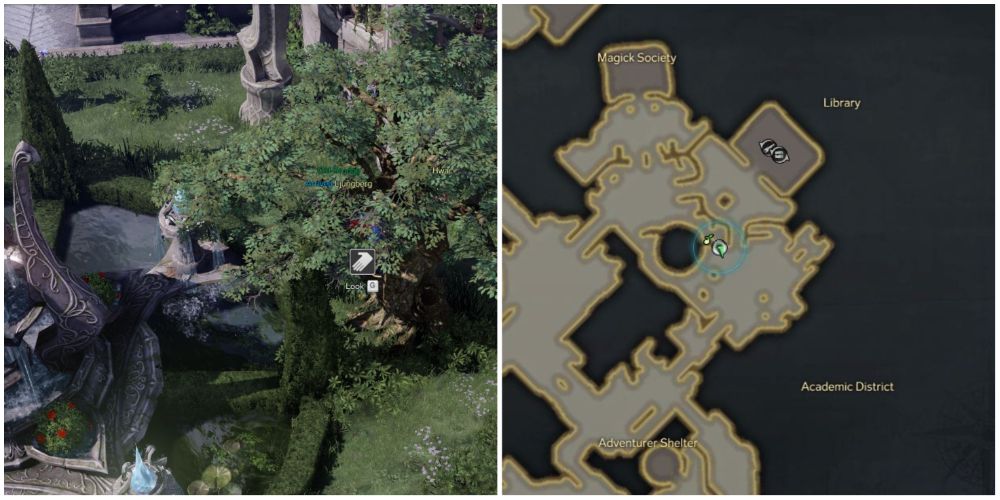 Leave the Plaza of Harmony over the bridge heading southeast. In the plaza you arrive in, go up the stairs going northeast. At the top, you’ll see an ornate stone fountain. There’s a large tree on its east side. Underneath the tree, you’ll find another seed. 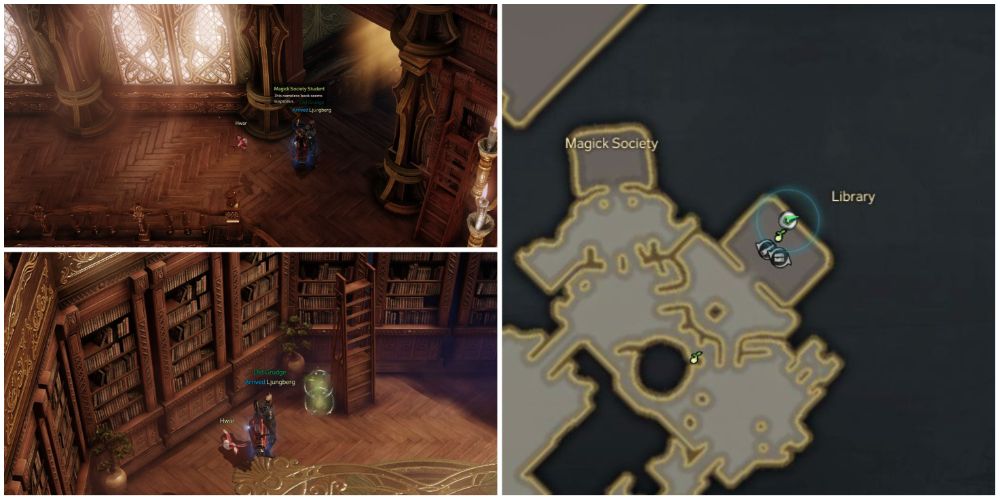 Go up the stairs north and into the Library for the final two mokokos. Go up the steps and northeast as you arrive and follow the balcony over to the bookcase in the northeast corner, just before the large windows. Wait here until the Magick Society Student walks over and starts talking about a suspicious book. When they do, the bookcase will become clickable. Activate it to open a secret passageway. Inside, you’ll find the final two mokoko seeds of Vern Castle right next to each other by the ladder.