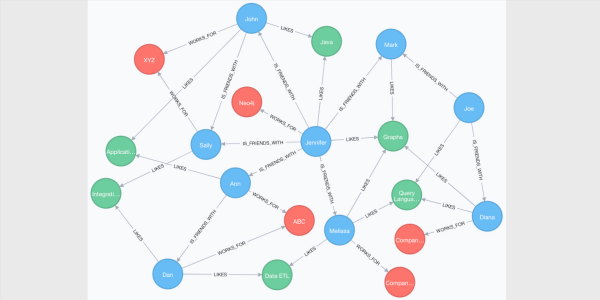 Graph analytics is a set of techniques that allows companies to drill down into the interrelationships between organizations, people, and things. The applications span cybersecurity, logistics, neural networks, natural language processing, and ecommerce, but one increasingly popular use case is fraud detection. For large credit card issuers, financial fraud can cost tens of billions of dollars a year. If these companies could run real-time graph analytics on large graph databases, some experts assert, they could detect fraud hours sooner than what’s possible today.

“Lucata was founded in 2008 as Emu Technology by Peter Kogge, Jay Brockman, and Ed Upchurch. The company was [started] to commercialize migrating thread technology, which was developed and patented by the founders to address the scale and performance limitations of traditional computing architectures for big data,” Maulick told VentureBeat via email. “Migrating thread technology enables the creation of shared RAM and CPU pools that allow users to process monolithic big data datasets in real-time with no data pruning or database sharding.”

According to Maulick, current machine learning and AI model training on large, sparse datasets often leverage approaches that can skew the results. One method is to reduce the size of the dataset by pruning — i.e., deleting — significant amounts of data during loading that are thought to be unimportant. The other technique is to “shard” the loaded data into smaller subsets of data, which the model training process sequentially processes.

Bias or skew can creep into the models if important data is deleted during pruning. But with Lucata’s technology, Maulick argues, users can avoid this by loading entire datasets into a single RAM image, leading to improved accuracy during training.

“Companies that would potentially benefit from using [our] Lucata computing architecture to improve the performance of their software include Redis Labs, TigerGraph, Neo4j, and other graph database vendors. In addition, software vendors and cloud providers that offer solutions which leverage common machine learning and AI processing frameworks such as PyTorch, TensorFlow and Apache Spark would potentially benefit from using the Lucata Pathfinder platform,” Maulick said.

Because Lucata’s hardware relies on DRAM chips that are in short supply, owing to the worldwide semiconductor shortage, the company anticipates its production schedule will be impacted going forward. But even with this being the case, year-over-year revenue from 2020 to 2021 is internally projected to grow 100%.

Lucata has a workforce of 20 people across its offices in Palo Alto, New York City, and South Bend, Indiana, which it expects will expand to 34 by 2021. “The pandemic impacted the work of our employees in our physical office in New York City but has not had a significant impact on those of our employees who work remotely,” Maulick said.