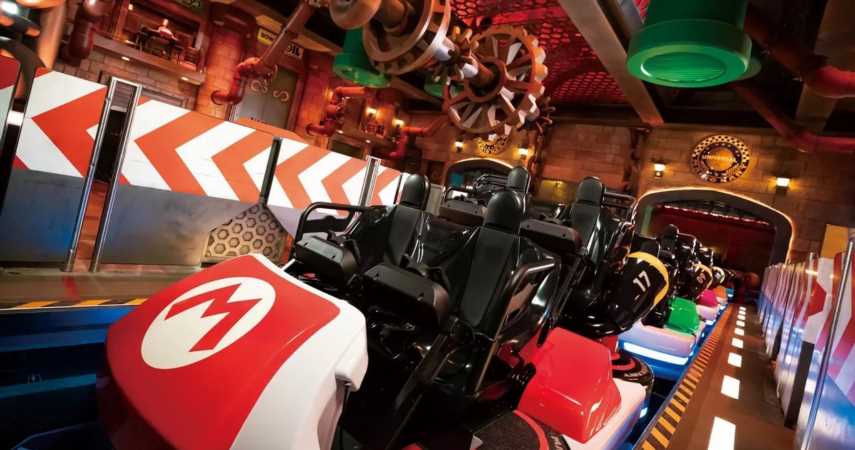 The pandemic has caused a whirlwind of delays to occur throughout many sectors of industry, however, the delay of Super Nintendo World’s opening is one that stung. Despite its postponed debut, a few lucky fans were able to test one of the park’s most anticipated attractions: the Mario Kart ride.

The Mario Kart attraction will visit all of the worldwide Universal Studios, starting in Japan, then moving to Hollywood, and ending in the Orlando resort. Ahead of the theme park’s opening, the Super Nintendo World team has been hosting surprise soft openings to attendees of Universal Studios Japan. Other sections of the park were also included; however, a few lucky customers got a taste of Mario Kart’s augmented reality ride before the rest of the world.

Super Nintendo World received another delay quite recently – scrapping its initial February 4, 2021 opening. The delay was reported after a state of emergency was declared in Osaka, Japan, because of the pandemic. Unfortunately, no new date for the grand opening was given, but that hasn’t stopped the team from testing its exciting creations.

It was reported by Inside the Magic that Super Nintendo World held soft openings of the Mario Kart ride yesterday – described as “rehearsals.” Soft openings are held at random and not guaranteed when you visit Universal Studios, but for a handful of guests, it was their lucky day. One rule that participants had to abide by was not taking any photos or videos of the park until the day of its grand opening. Previous soft openings stated that the Mario Kart ride would not be on the itinerary; however, it finally had its first performance.

Super Nintendo World has so far promised to deliver a once-in-a-lifetime experience to Super Mario fans – providing another crucial reason to visit Japan. Previous reports have mentioned a menu of themed food that will be available in the park – including Koopa-Troopa-shaped calzones and Mario burgers – as well as a rumor that pegged the Mario kart ride as a go-kart racing track. The jury is still out on whether health and safety would accommodate such competitive go-karting – but it seems like this park will be full of surprises.