We're getting closer to the end of the game now! Lucy Dreaming ramps up the intrigue in the final hours, teasing us with the mystery getting murkier and murkier as we explore. Not only that, but we have one heck of a nightmare to solve – Lucy's stuck in a coffin with no way out.

We're presuming that if you've been following our guides, you've already cast doubt on the murder weapon and DNA evidence for the police officer in the town centre. If you haven't yet done this, check out our previous guide here.

How To Get The Interview Cassette 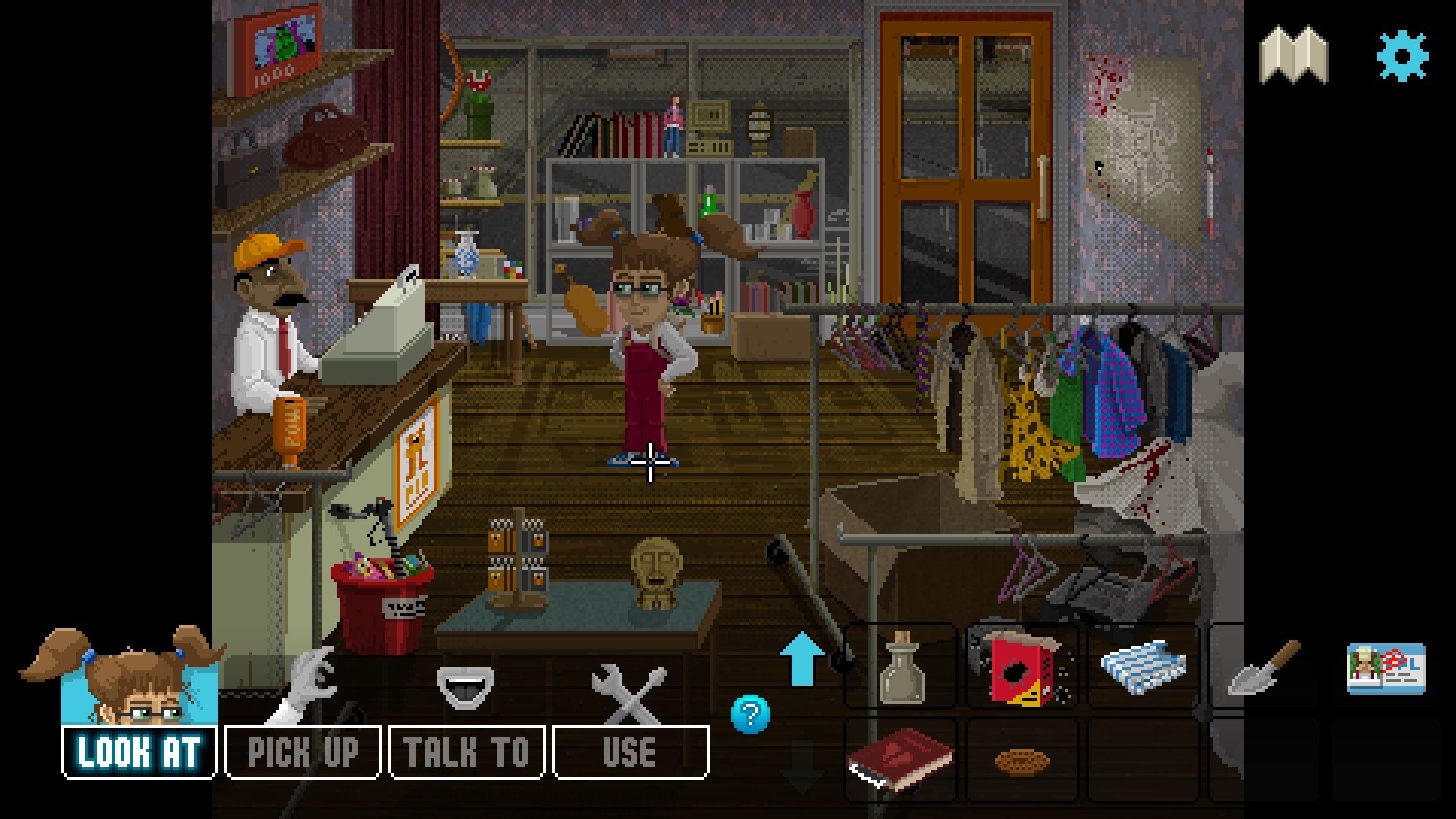 Let's recap. We know the following:

This is all adding up. Head to the charity shop and have a chat with the volunteer. He won't let you muck around in the box of cassettes yet, but he might be more amenable if we help him out with his current task – entering a children's competition that asks him to name six different chip toppings.

How To Find All Six Chip Toppings 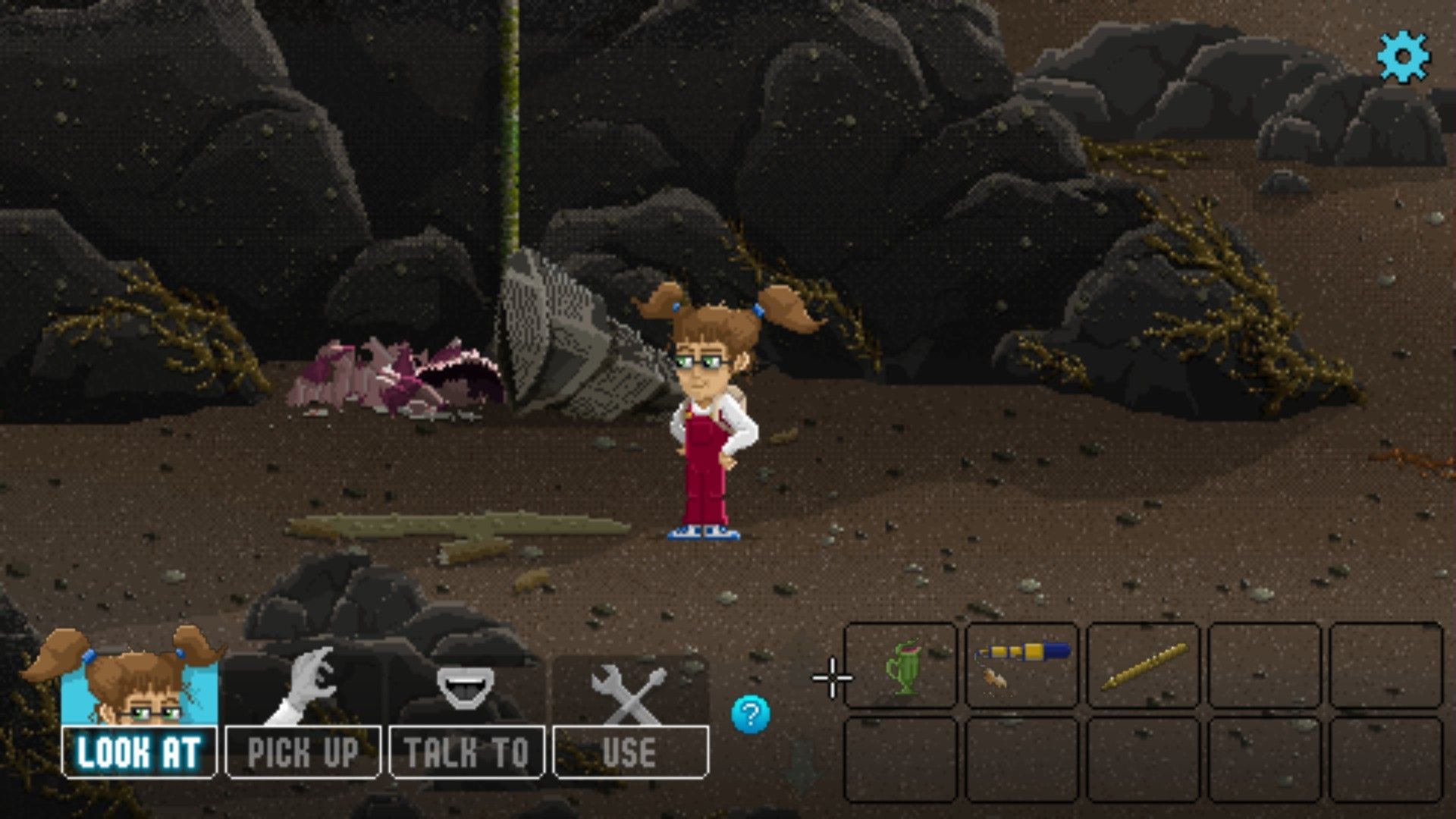 To find the six chip toppings, you'll need to head back to the Brochure dream. The toppings are as follows:

Once you've examined everything and learned about all six toppings, wake up and head to the charity shop.

You can check which toppings you've learned about conveniently by asking the chip van purveyor which toppings she offers. She'll list them all – don't leave until she lists six in a row. 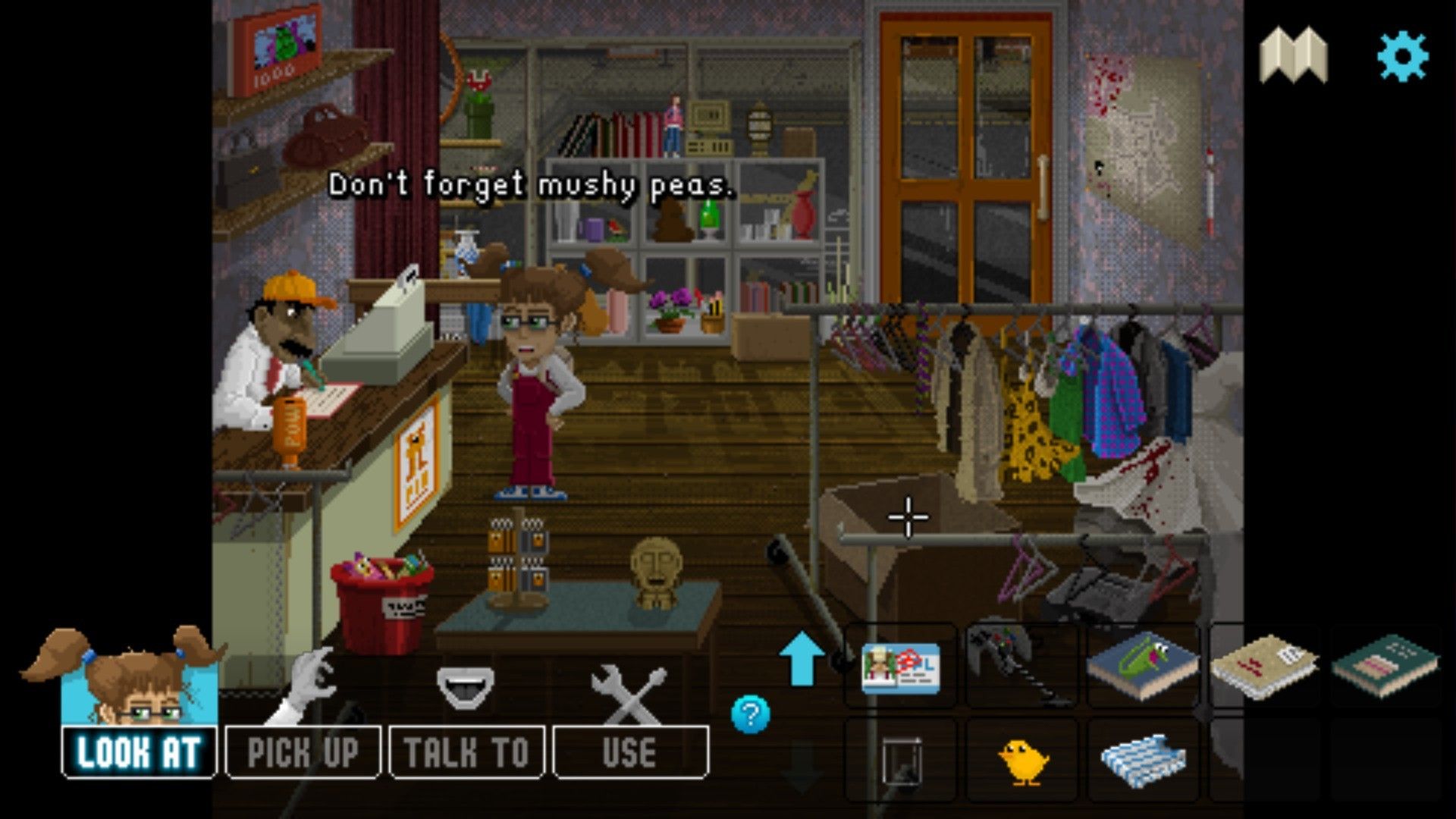 Tell the volunteer about all six toppings, and he'll let you have another look around the shop. You'll be allowed to take a look in the box of cassettes now. 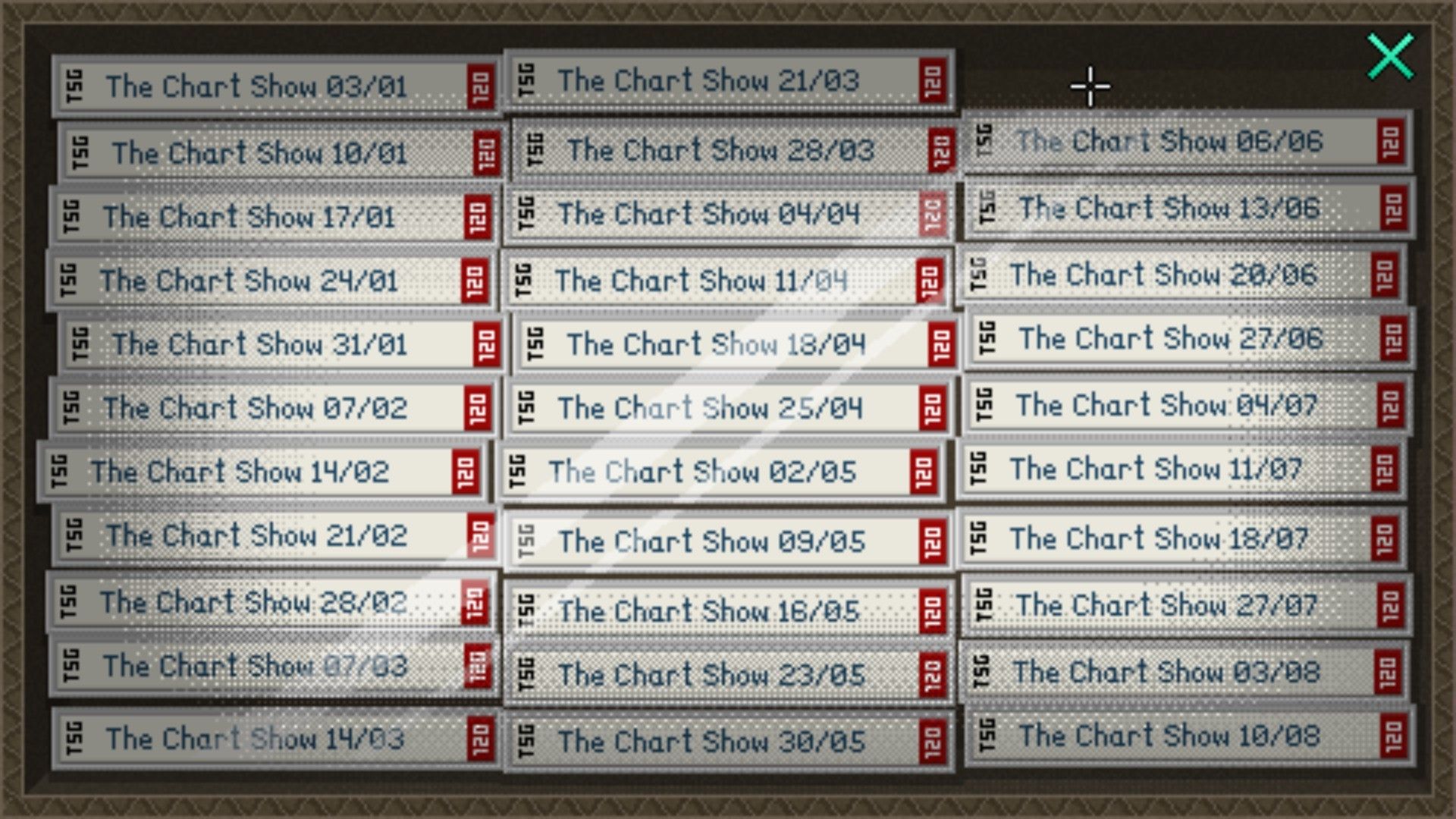 The cassette you're looking for is the one labeled The Chart Show 27/06 – one day after the murder. It's on the right. Click on it to pick it up – you'll also have a Cassette Player in your inventory – use them together to listen to the tape. You'll discover the interview at the end of the recording. 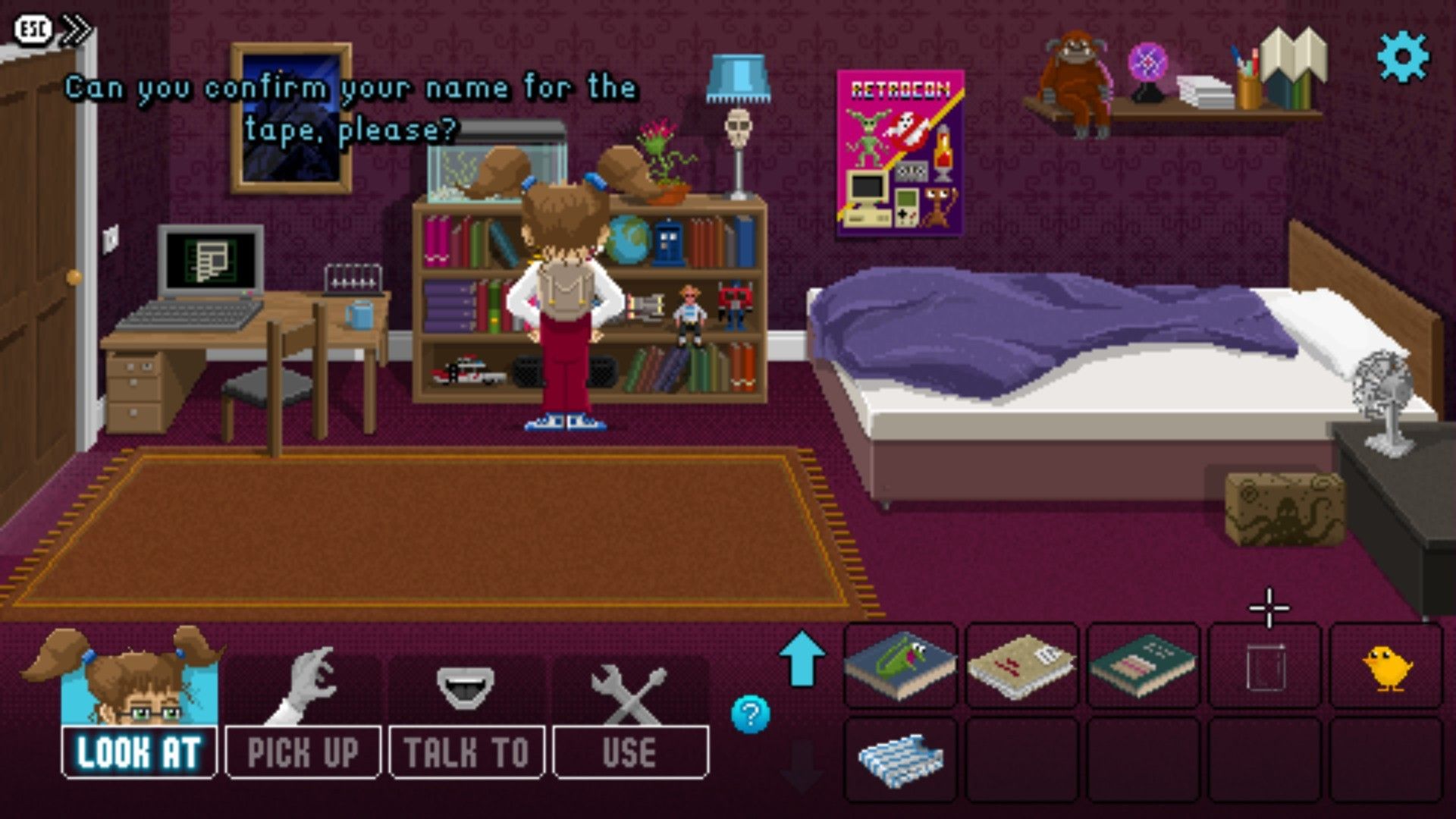 You'll learn that the ferret head that Fergus was wearing at the time of his death had a camera in it and likely caught the moment of death. We have a juicy new objective to pursue now, but also a nightmare to deal with.

How To Find Some Sound-Related Inspiration 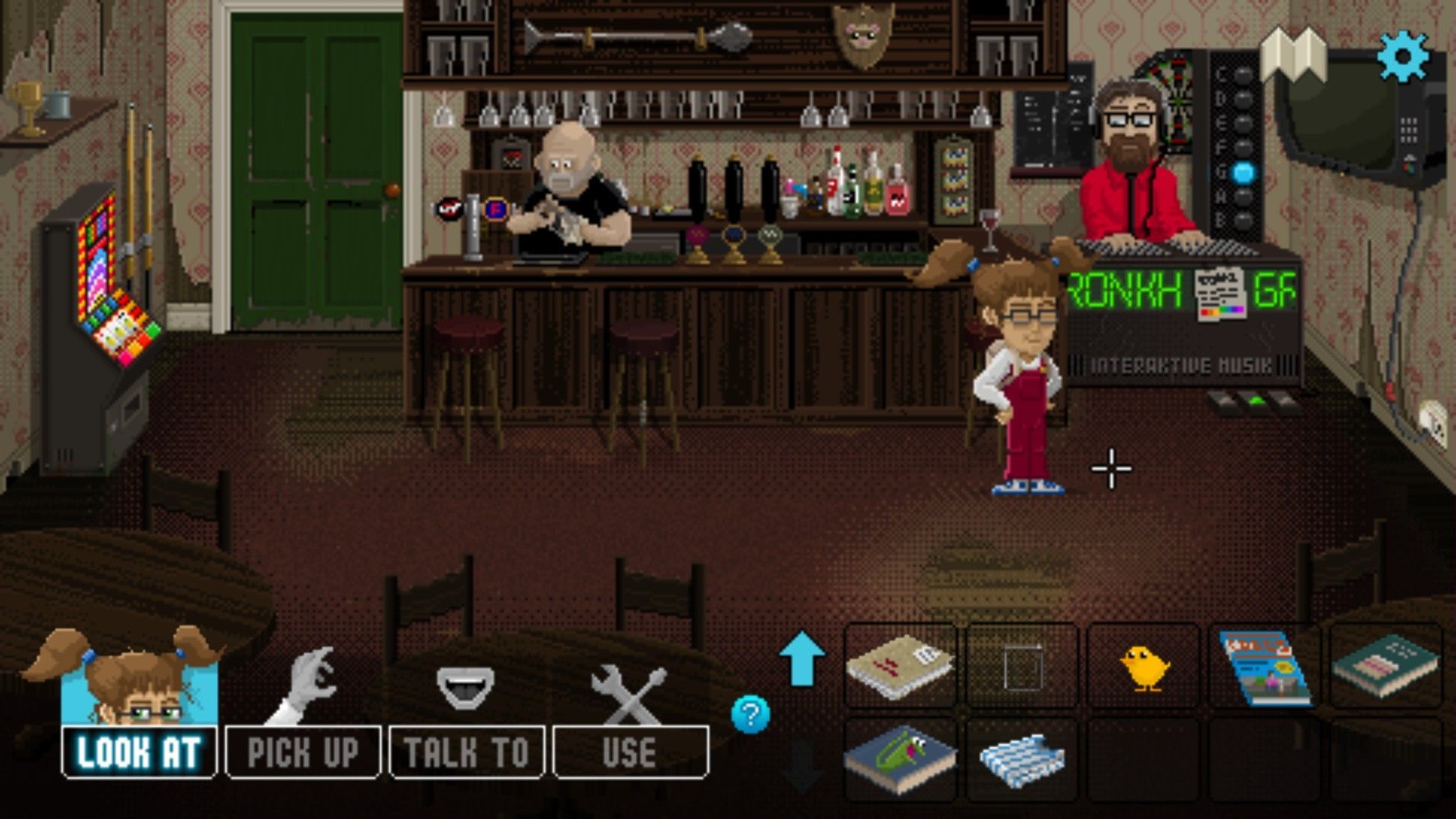 Head to the town centre – there's a new person here, Arni. Talk to him and ask him about what he's reading. He'll give you a Horror Comic called the Phantom Organ – that sounds sound-related enough!

While you're here, enter the pub to find out that you need an invitation flyer to get in. Travel home and pick up the Flyer from the door mat.

Travel back to the pub: we have some information to write down that will save us a lot of time later. With the Flyer in hand, we'll be allowed to stick around.

Examine the sign on the right to learn that Gronkh is an interactive musician who plays different songs based on the pedal being pressed – lights will flash up to the right to indicate which notes are being played. We want to learn the note sequence for two songs, so press the Soporific and Paranoid pedals, noting down the note progression each time the music changes as such: 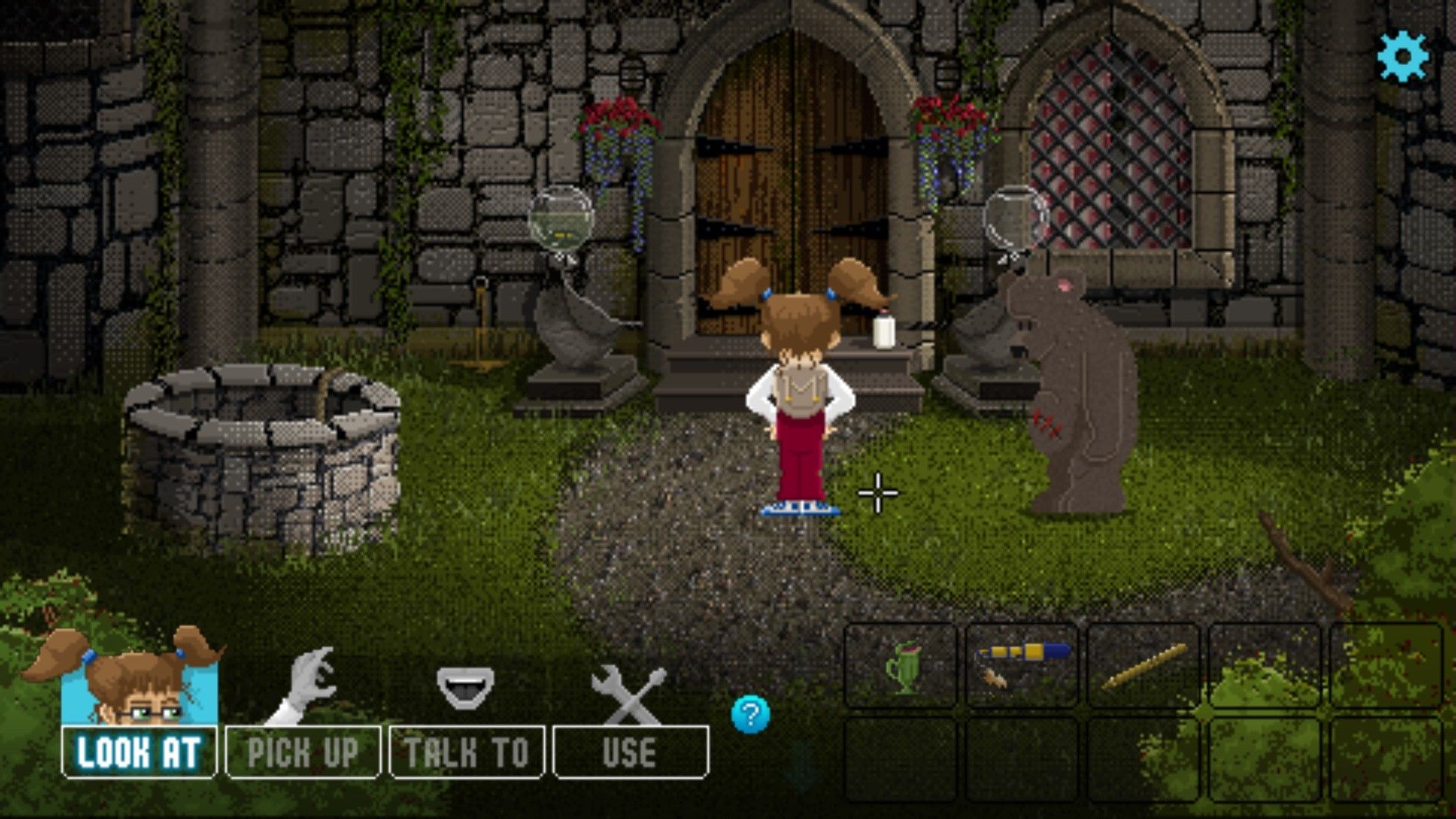 Go to Lucy's bedroom and place the Horror Comic and Mr. Fumble inside the Dream Box. You'll end up outside a gothic castle.

Enter the door and talk to the manservant inside – exhaust his dialogue to learn the following:

So we have some pretty robust objectives!

How To Complete The Flatpack Monster 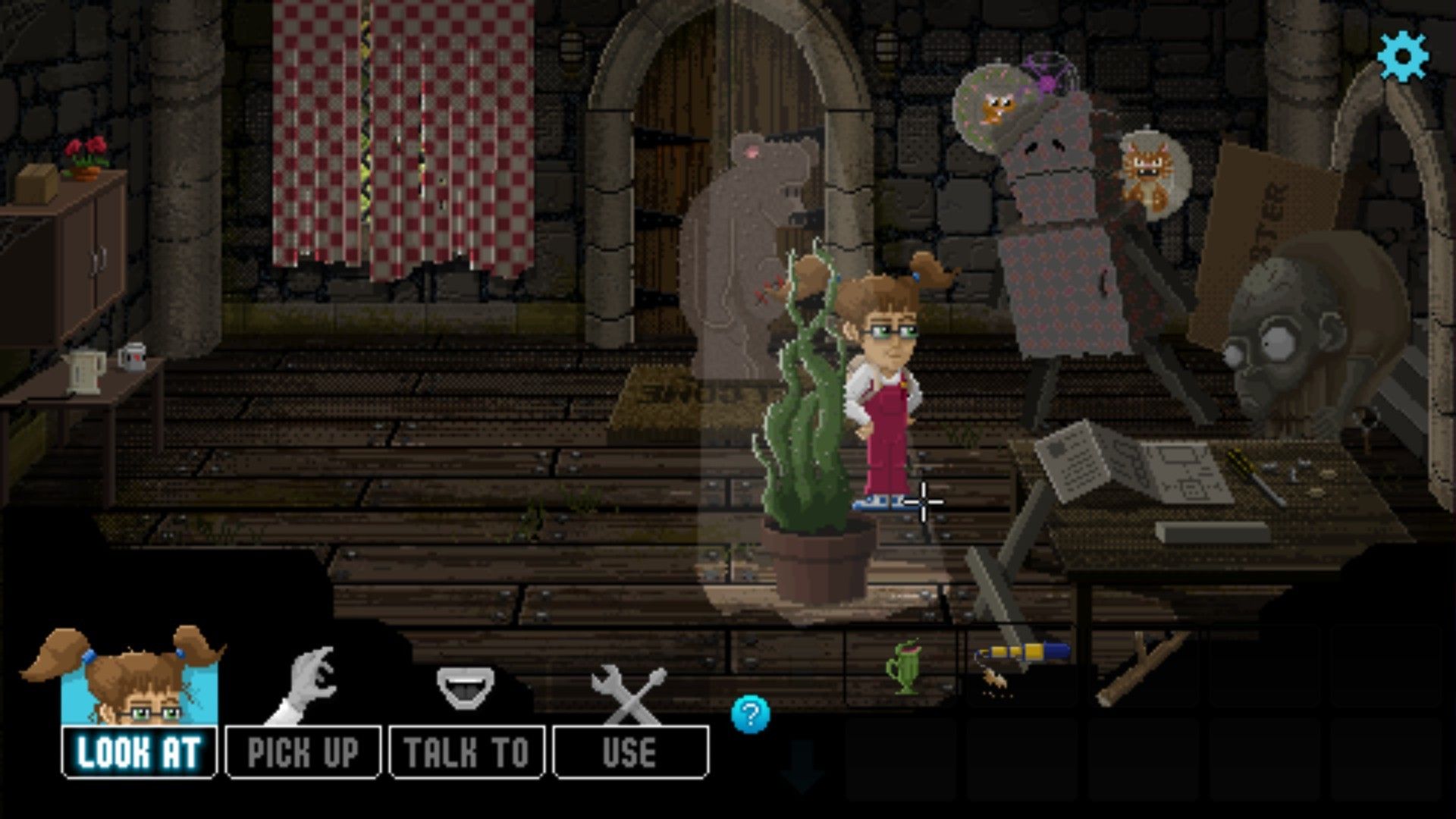 Further conversation with the manservant will reveal that the monster is almost complete, it just needs three more components: some lungs, a brain, and a 6mm hex key.

First, leave the castle. Examine the Branch on the right and try to pick it up. When Lucy says she's not strong enough to pick it up, ask Mr. Fumble to do it. Also, pick up the Empty Goldfish Bowl to the right of the door.

Use the Gold Pen that you picked up in Sergeant's sandcastle in the Brochure dream with the dripping hole on the left side of the wall. Once lodged inside, use the Branch with it to bend it into a hex key.

To get some lungs, wake up and go to the comedy club dream made by the Joke Book. Talk to the barman and ask him if he has anything new – he'll place a Whoopee Cushion on the counter. Pick it up. 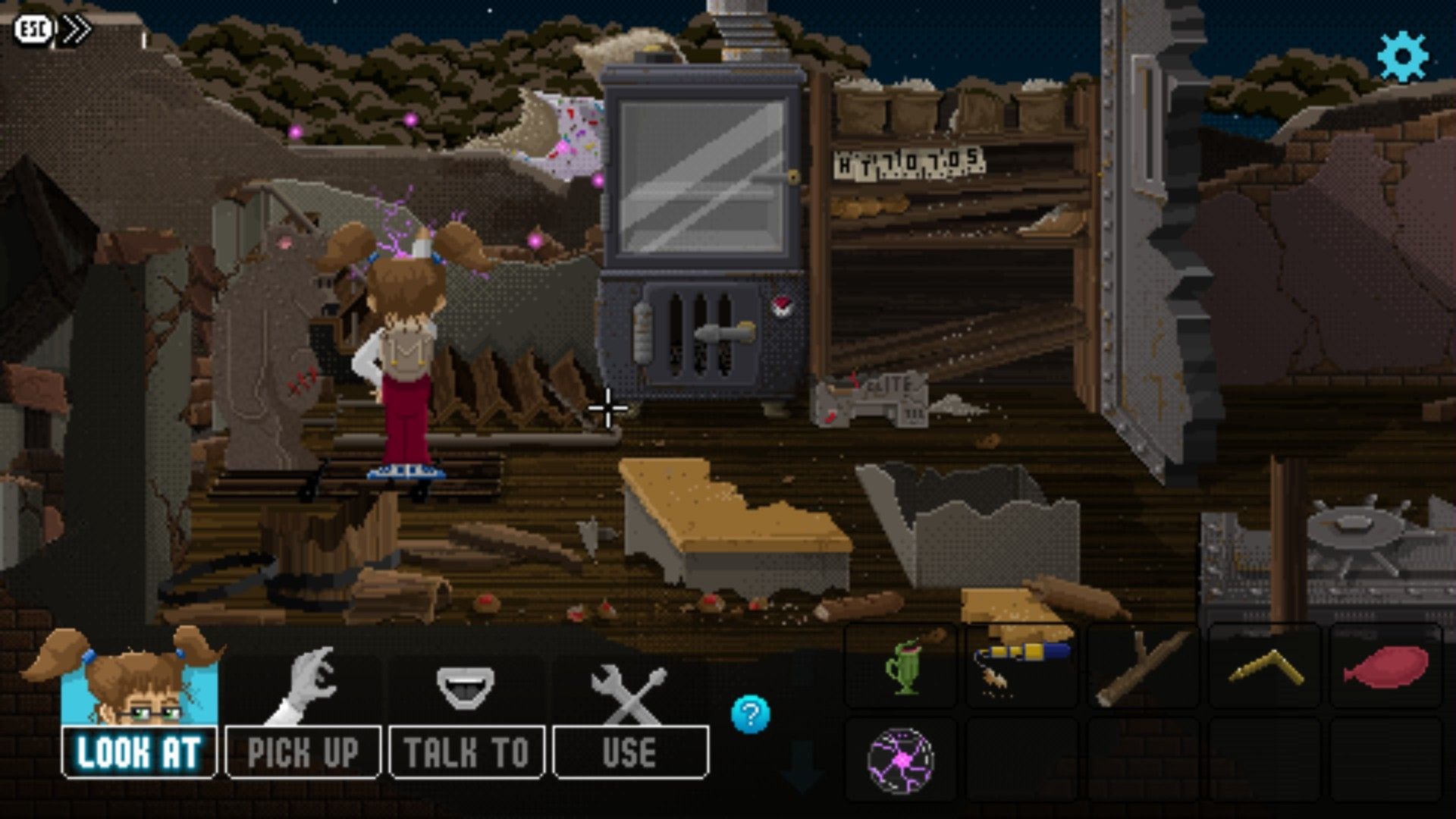 To get a brain, wake up and instead, go to the Baking Book dream. Use the Empty Goldfish Bowl with the glowing purple fireflies to get a sciencey-looking brain.

Wake up and go back to the Horror Comic dream. Give the Bent Pen, the Whoopee Cushion, and the Fish Bowl of Furious Plasma to the manservant. He will complete the monster.

You can now head upstairs, but all you'll find is a locked door.

How To Get The Manservant's Key 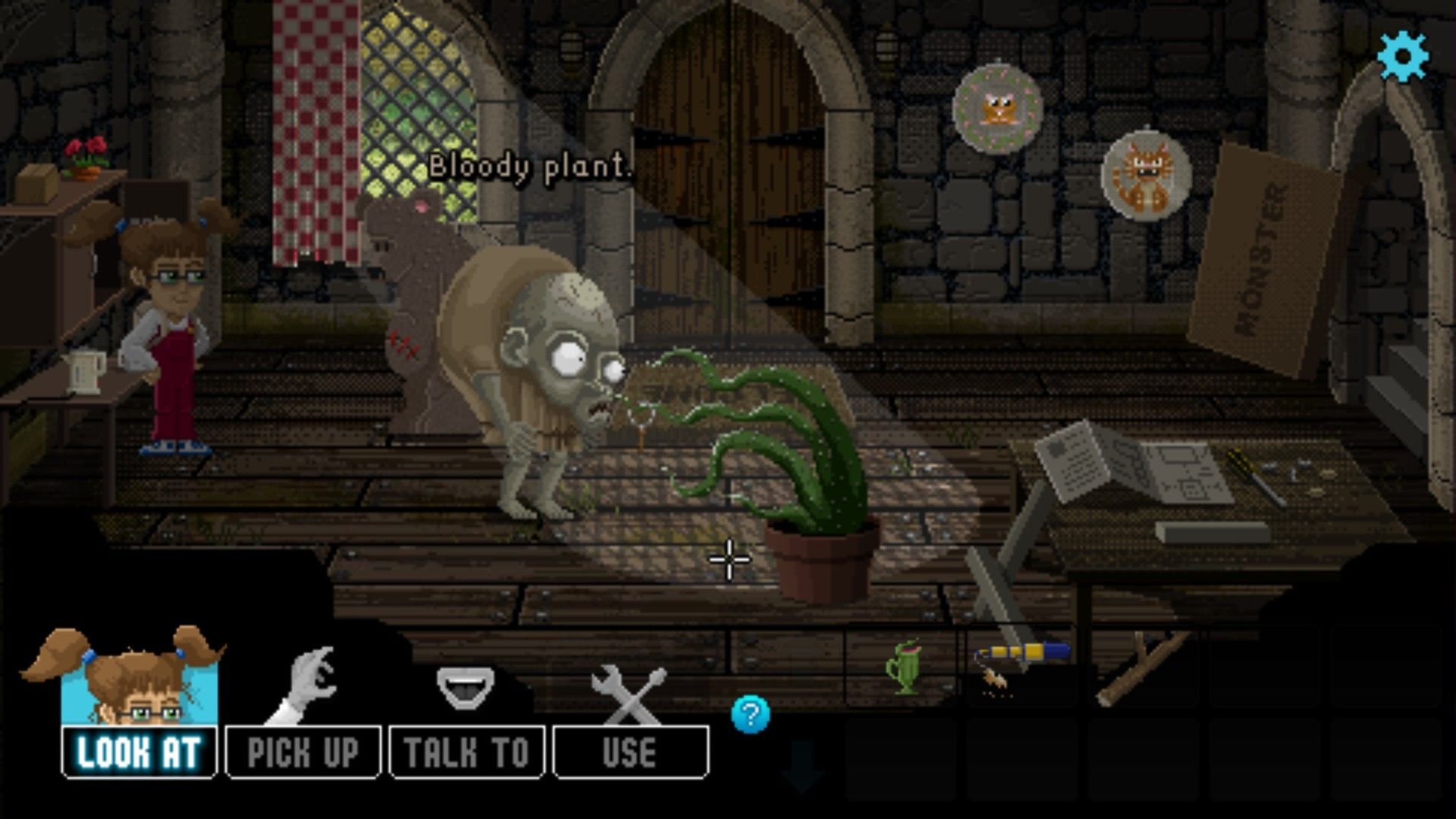 Back in the room with the manservant, use the curtains to let a bit of light in. You'll get some Gingham Curtains in the process.

Open the cupboard on the left wall – as the manservant walks over to close the squeaky cupboard door, his Key will get snagged on the plant. 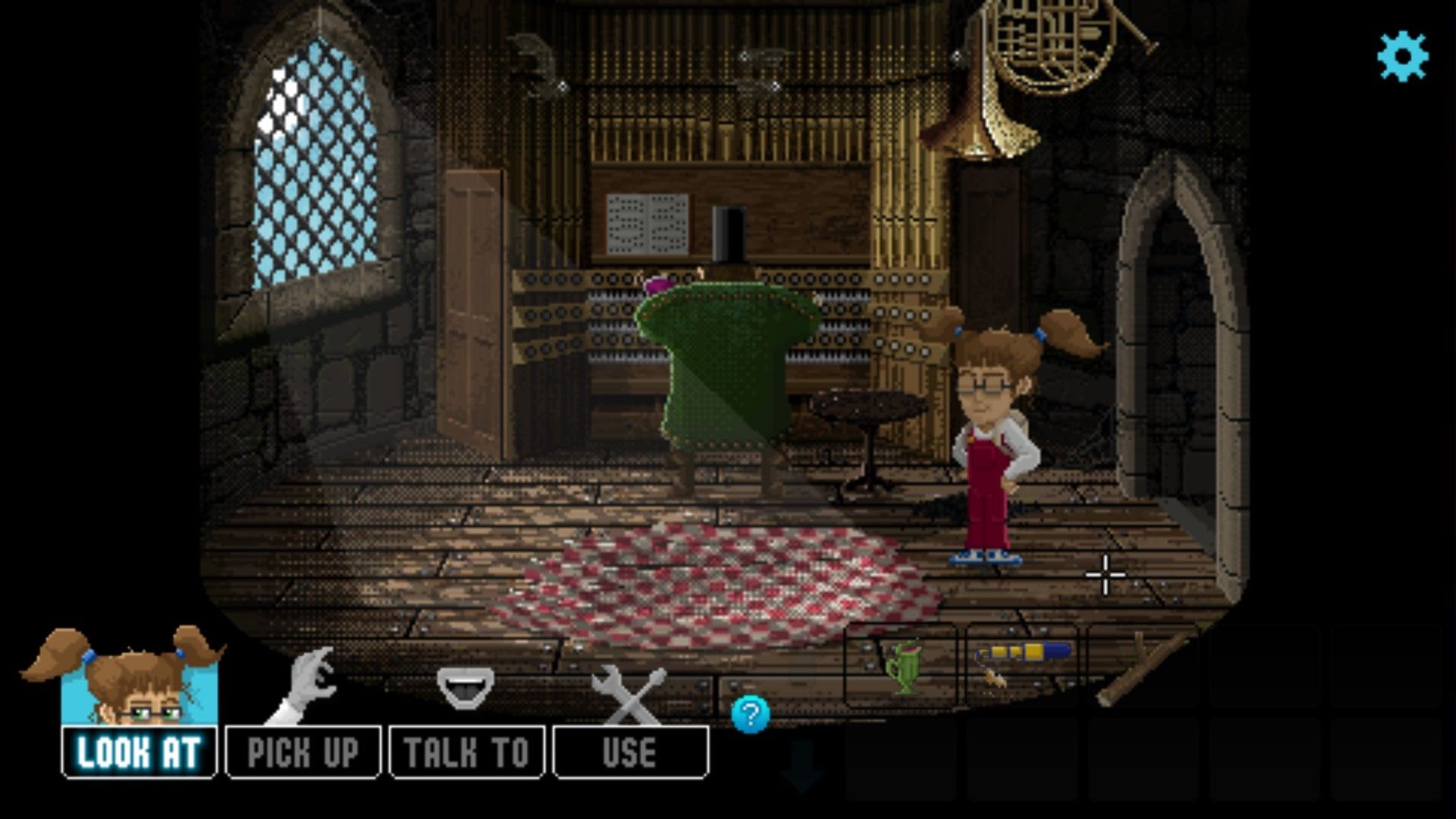 Pick it up, and use it to unlock the hatch upstairs. Pick up the Bucket on the right, and use the Branch on the Oil Can to knock it straight into your inventory.

Now it's time to get that horn down from the ceiling. This will involve manipulating the swarm of bats up here and making a perfect cup of tea to distract the master.

How To Make A Perfect Cup Of Tea For The Master 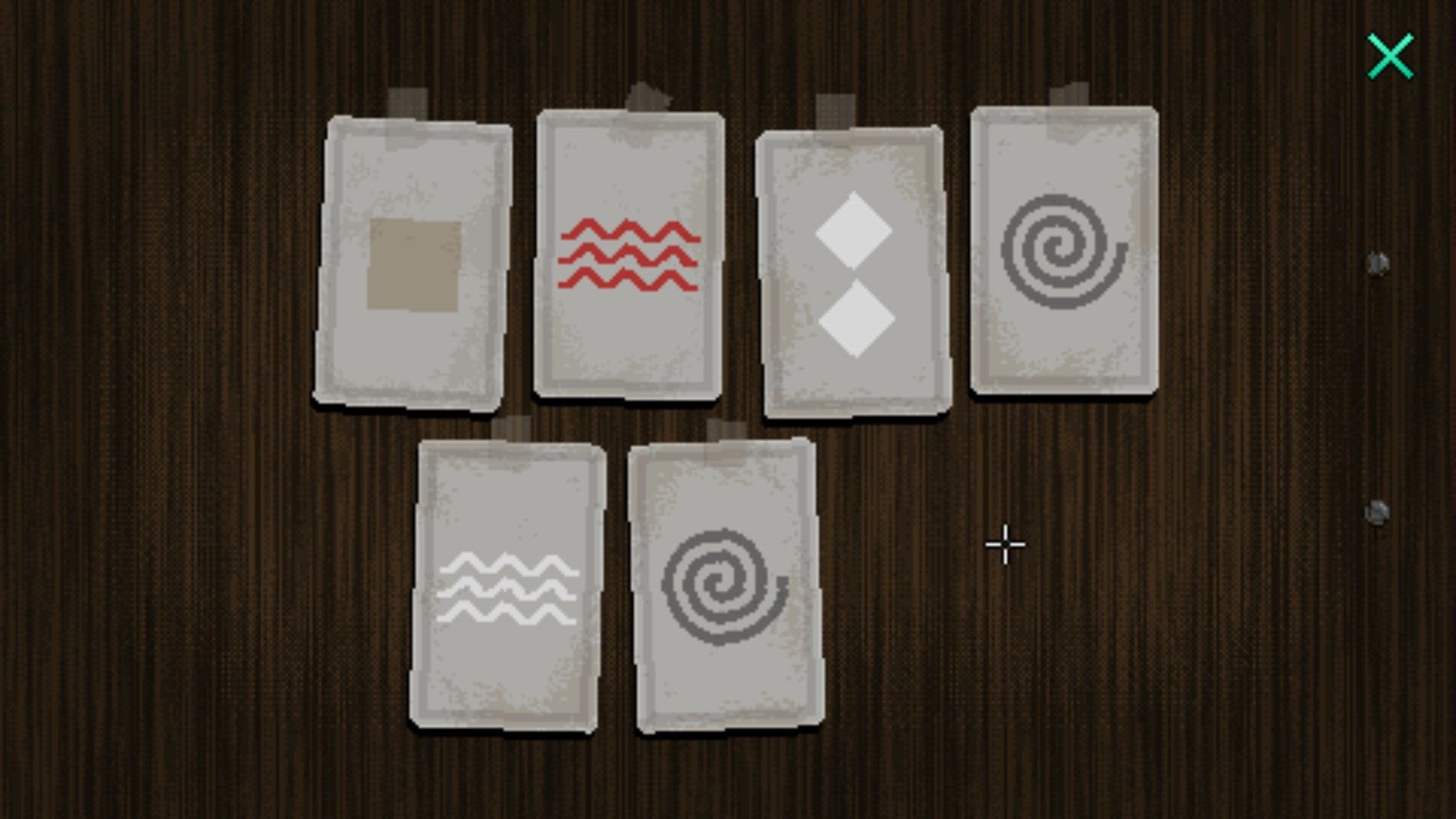 There are some handy instructions to follow to make the perfect cup of tea, but they're stuck to the inside of the squeaky cupboard door. Use the Oil Can on the cupboard to eliminate the squeakiness, and then examine the cards stuck to the door.

These are the instructions for a cup of tea – we need to pick up some ingredients first.

With that done, you'll have a perfect cup of tea! Lucy will comment that there's nothing more to do to it.

How To Get The Horn 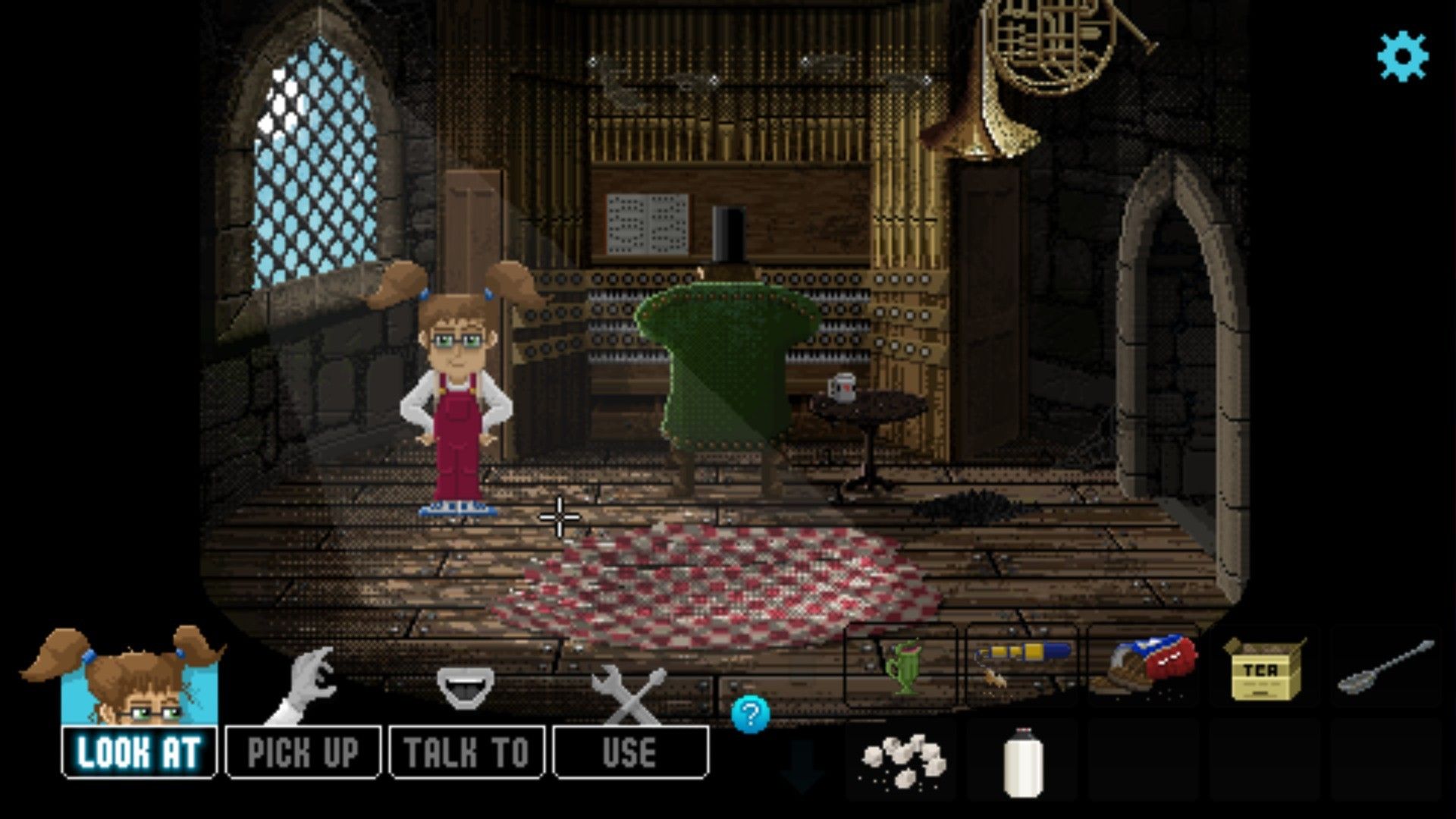 Go upstairs and place the Cup of Tea and the Chocolate Biscuits on the table next to the Master. Lucy will automatically head into the hatch, and the Master will stop playing for a moment.

The puzzle here involves first figuring out the order of the notes that the Master is playing. Head out the other side of the hatch and examine the sheet music on the organ. You'll learn that the note progression the Master is using is: A G E C D.

Back in the hatch, you can now start to move the pipes around – each pipe position is numbered, and using the note progression above, we can tell that he plays the following pipes: Pipe 6, Pipe 5, Pipe 3, Pipe 1, and then Pipe 2.

Now we can use the songs that we learned in the pub earlier to manipulate the song being played. We first want to get the Master to play the Soporific song. Use the pipes to rearrange them, and place them in the following order: 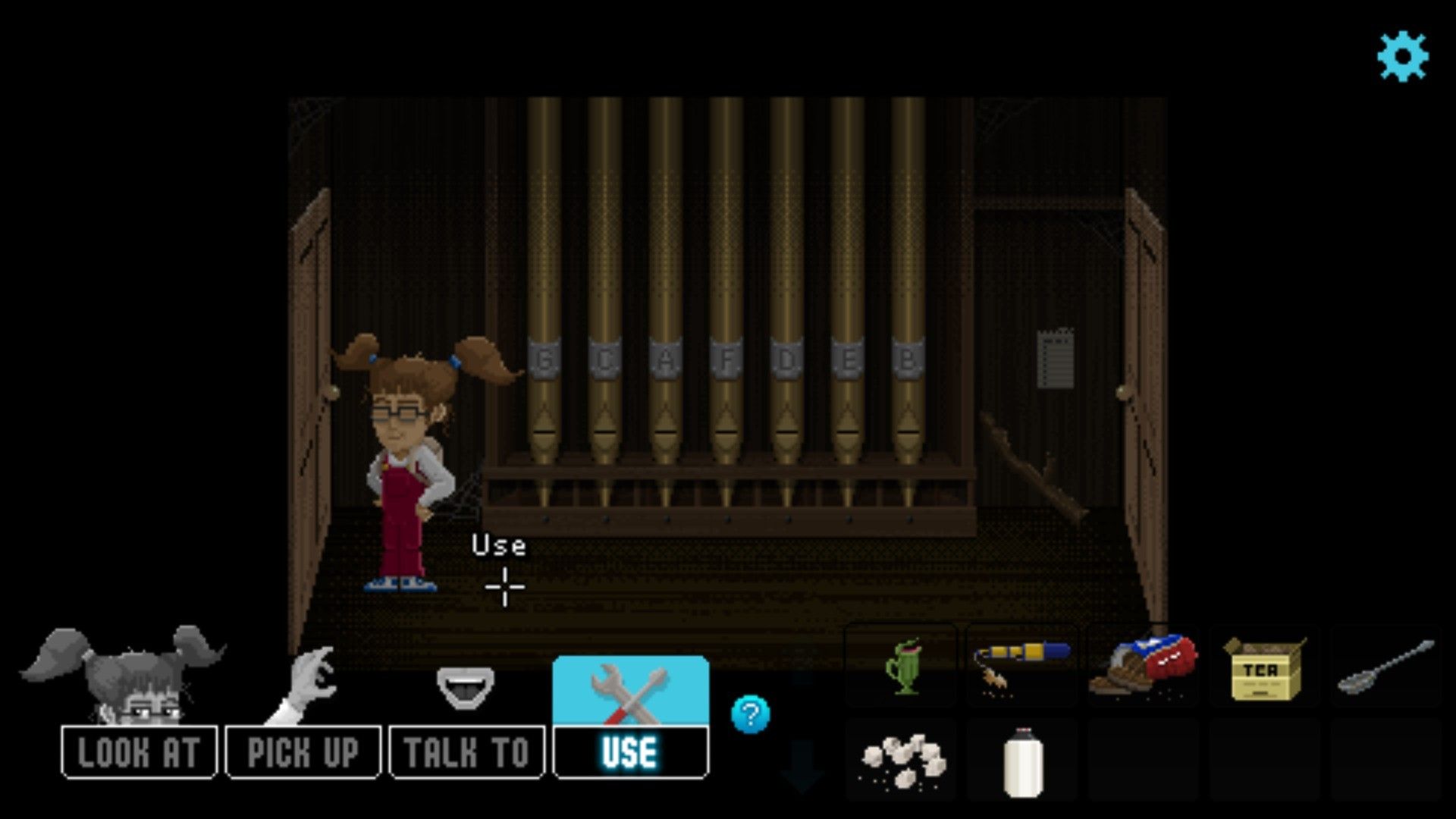 With the second configuration of pipes, the Master will play the Soporific song when you leave the hatch. This will make the bats sleepy, and they'll roost in the horn. Once this happens, you want to change the tune from Soporific to Paranoid. Go back into the hatch and swap the pipes around again: 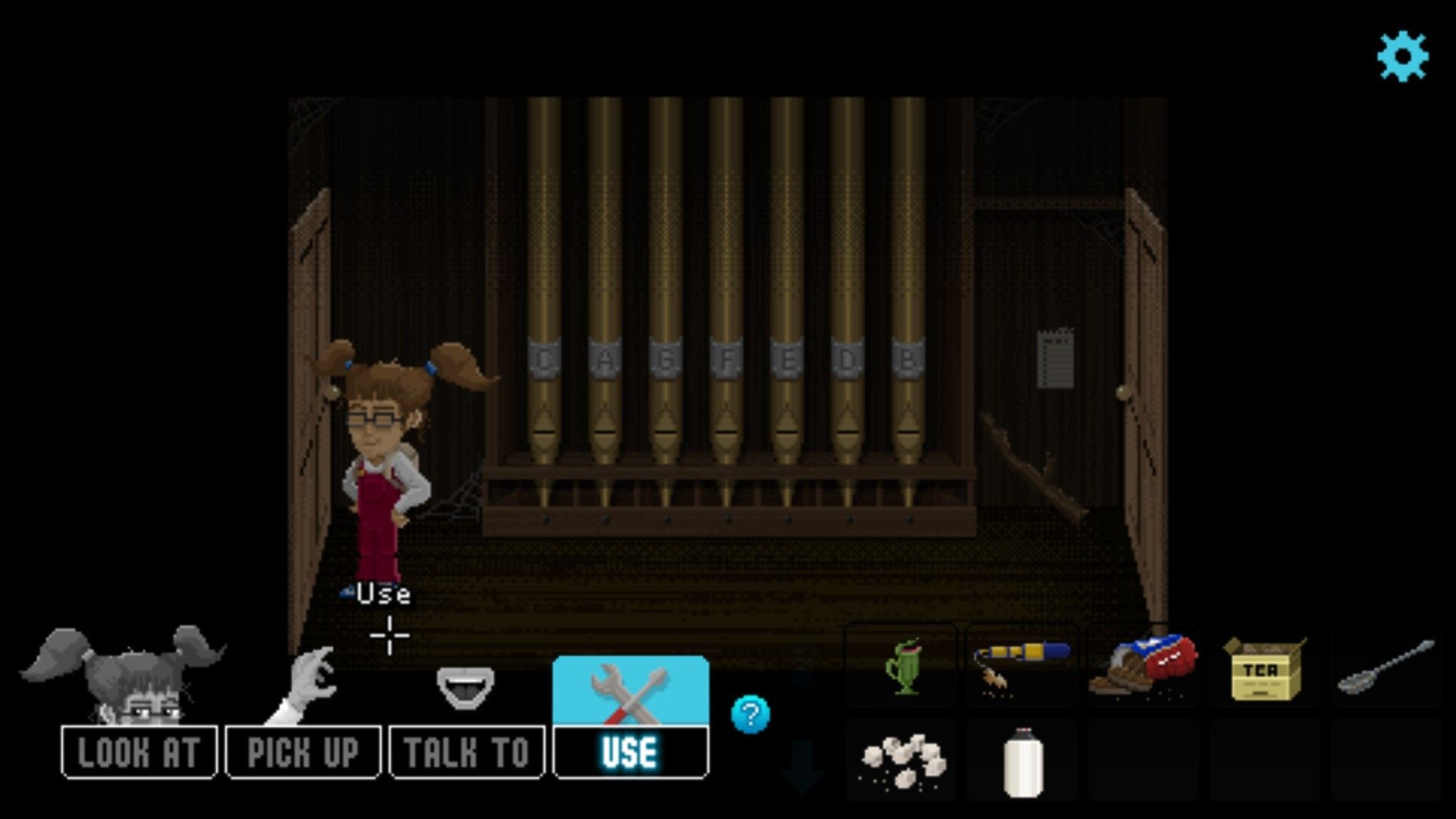 Leave the hatch, and the bats will start shaking, which will, in turn, shake the horn loose from the ceiling. Pick up the Giant Horn. Before leaving the dream, head downstairs and examine the plate that fell onto the ground to learn the name of Lucy's Mum's vicious cat – Purrcy.

How To Break Out Of The Coffin 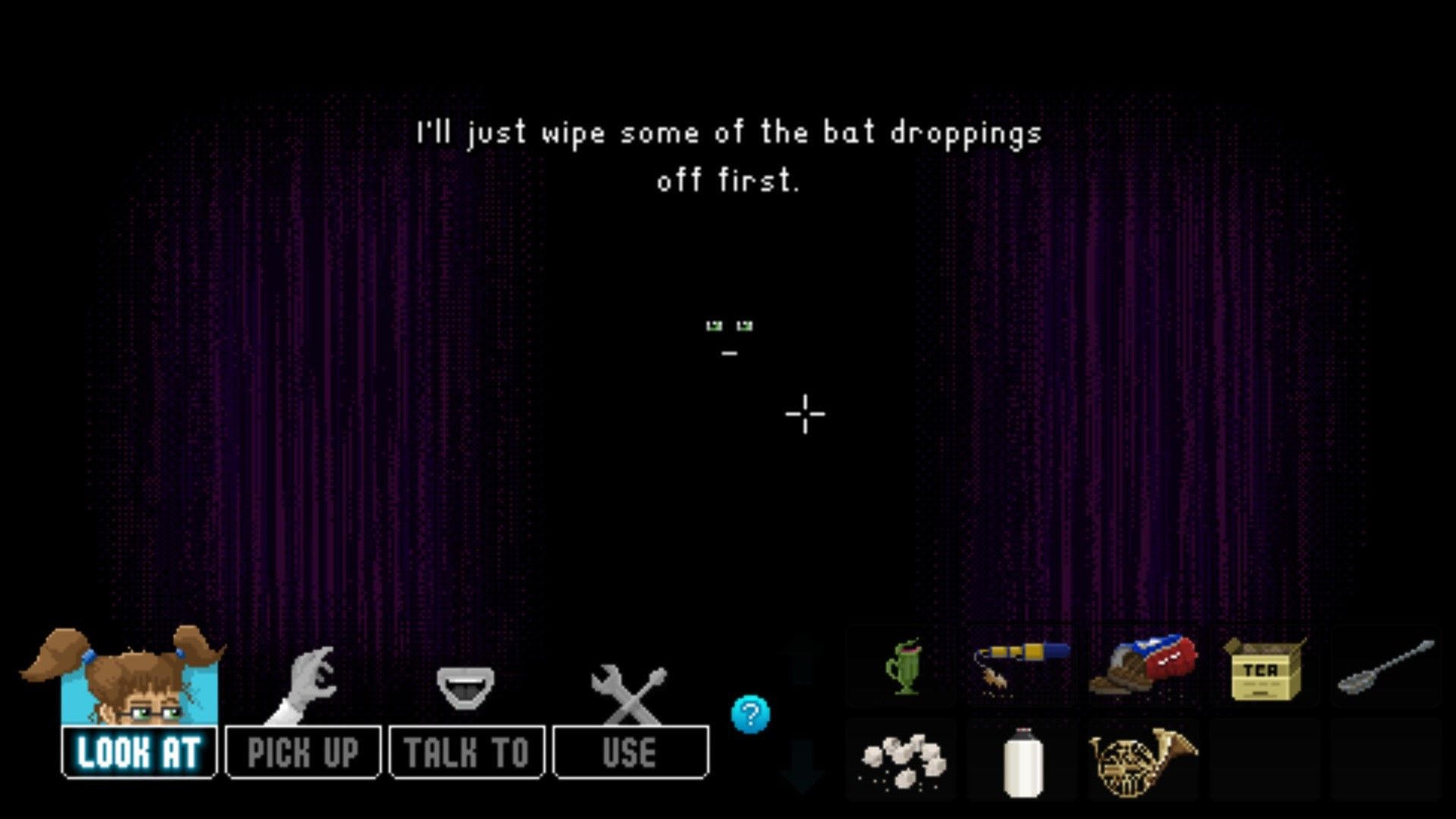 We have all we need to deal with the nightmare now. Pick up the Dream Box as usual and head back into the nightmare.

Use the Giant Horn, and you'll be presented with a pretty interesting cutscene.