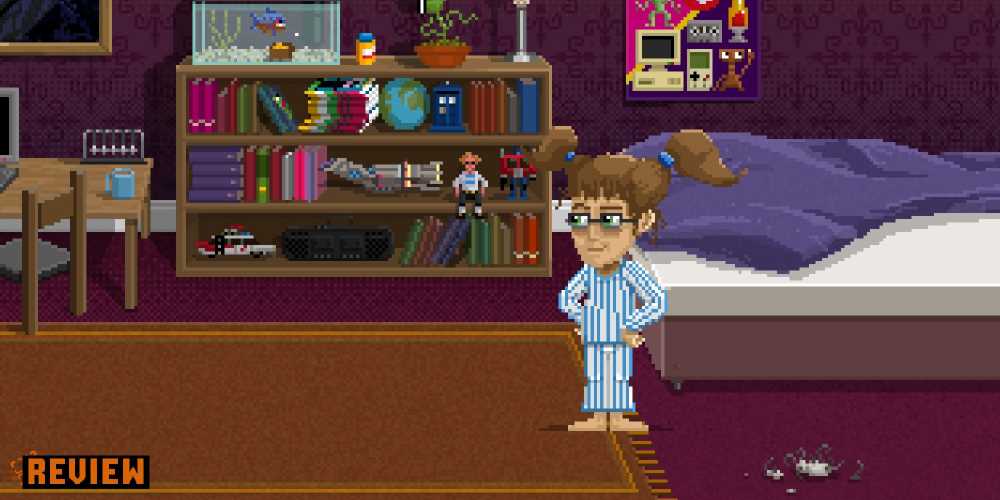 It isn’t often that a game can get me to laugh out loud, but Lucy Dreaming did so on multiple occasions. In one moment, the game broke the fourth wall in a way that made my jaw drop – I felt bamboozled and joyous in equal amounts, but I won’t spoil it for you. You know you’ve got something great on your hands when that happens.

Lucy is a young girl plagued by a recurring nightmare in which she’s falling from a great height. Deeply stressed by this, the adventure kicks off with a psychology book containing instructions to help Lucy out with her nightly terrors. As this is an adventure game, this inevitably involves collecting lots of items, talking to total strangers for information, and solving implausible puzzles with irrational solutions, like making a photographer chase after some thieving birds so I could steal his camera.

Classic video game logic is in full force here, but Lucy Dreaming isn’t opaque about it. One item you can pick up is a vole – trying to use it with anything will prompt Lucy to warn you of the vole’s extremely sharp teeth and how easy it would be to cut something with them. Of course, the vole is used to cut something to solve a puzzle. This is one of the game's biggest strengths – the puzzle difficulty is tuned brilliantly, and plenty of fair hints keep you progressing through the game at a good pace. I rarely felt stumped, but I still got a great sense of satisfaction when overcoming some of the trickier obstacles. 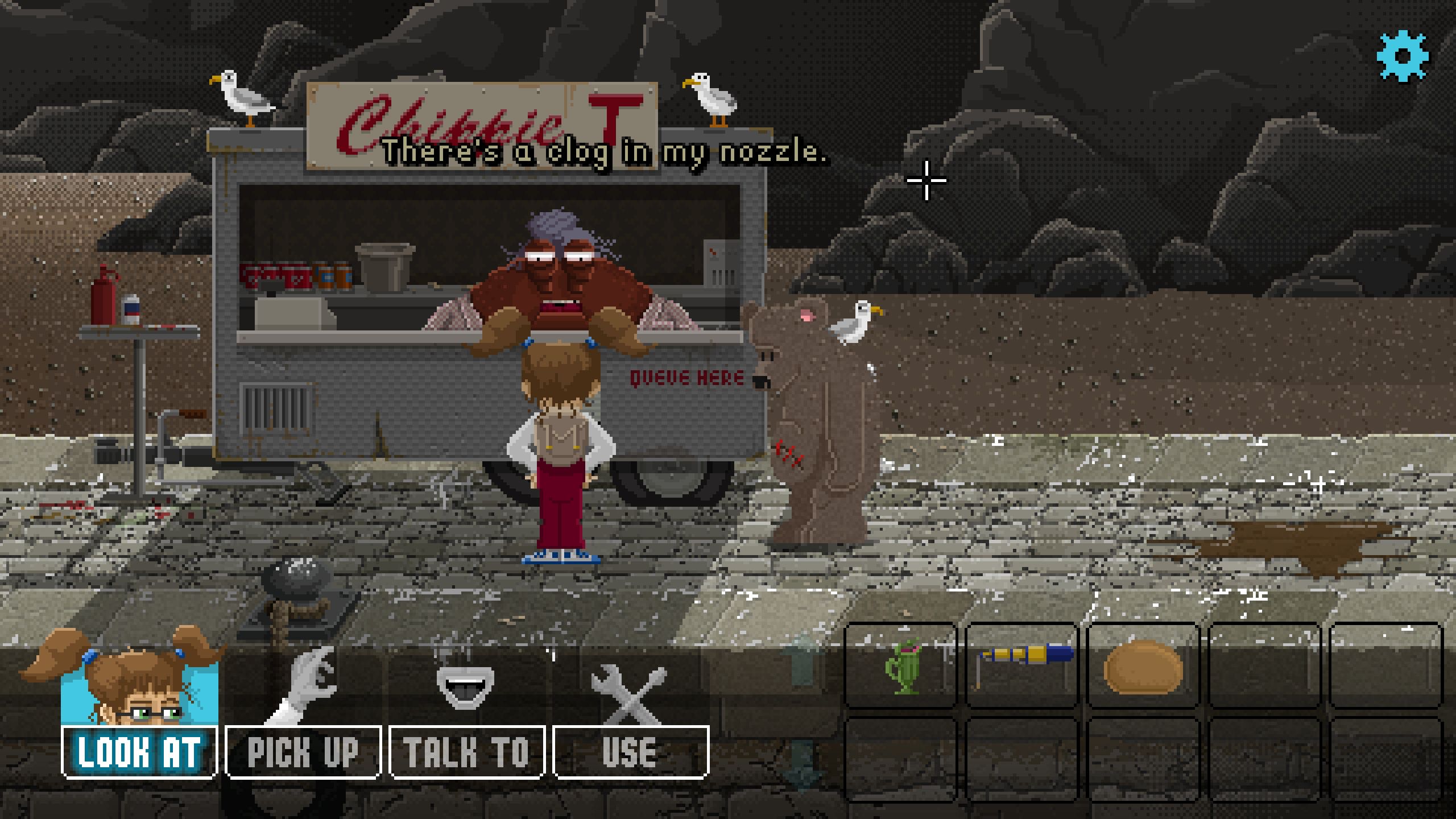 It’s a game of two halves – the waking world and Lucy’s dream world. The first big puzzle has you assembling a ‘dream box’ – inside this box you put an inspiring book and a dream companion. When laid on the floor next to her bed, the dream box turns Lucy’s nightmare into a vivid, surreal dream based on whatever book is inside. A holiday brochure, for example, takes Lucy to a seaside complete with a chip van and giant, talking crabs. These dream sections help the game stand out – they allow for far more nonsensical puzzles and interactions than the real world, and they’re used to great effect when delivering solutions to real-world puzzles.

Complementing the lighthearted dream sequences is the serious B-plot of the game, involving the apparent murder of a local rich man by his brother, who subsequently disappeared. While Lucy Dreaming is a hilarious game, it doesn’t tread too far into silly – the narrative is treated as earnestly as it needs to be. As the mystery of ten years ago became more relevant to Lucy’s situation, I became more invested in it than I was in her nightmares. 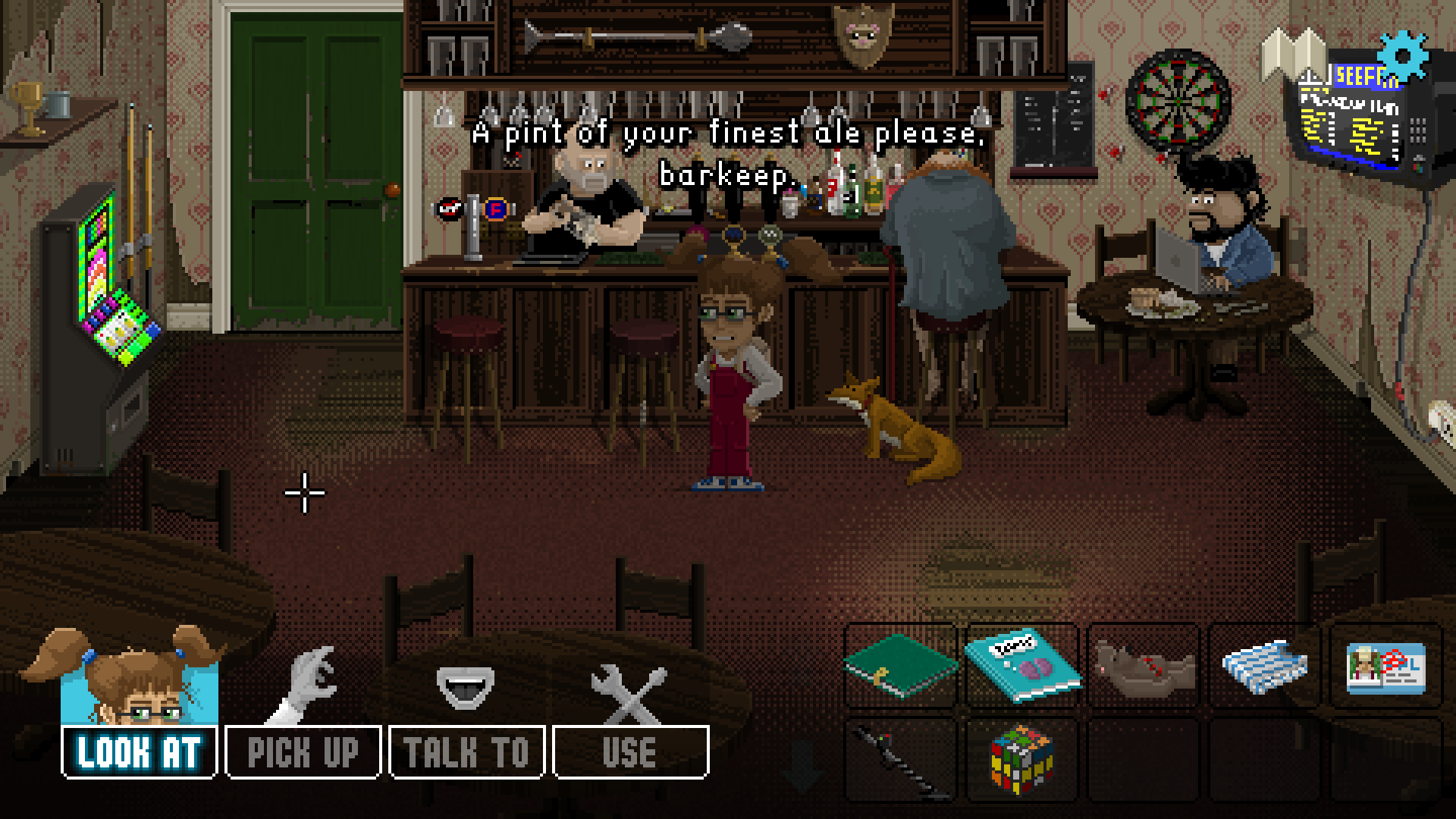 While some moments dive into dark, sometimes uncomfortable territory, the game takes lengths to keep a lighthearted atmosphere throughout. The source of much of the humour is rooted in how British everything is. Figgington is a perfect parody of a northern English town, right down to the depressing pub, frightfully boring stately home (open to visitors and features a café, naturally), and more regional accents than you can shake a stick at. No opportunity to make a joke is missed, and every area of the game is filled with little details that Lucy can remark upon – it’s incredibly dense with humour.

A particular highlight is the absurd amount of brand name pisstakes – a police officer is encountered eating a Twax chocolate bar, one puzzle is solved using a bottle of Frootie Shootie, and Lucy’s headache remedy of choice is, of course, Gulpol. Some of these jokes may be so specific as to exclude any non-Brits, but as a Welshman who grew up in the ‘90s, I appreciated them deeply. 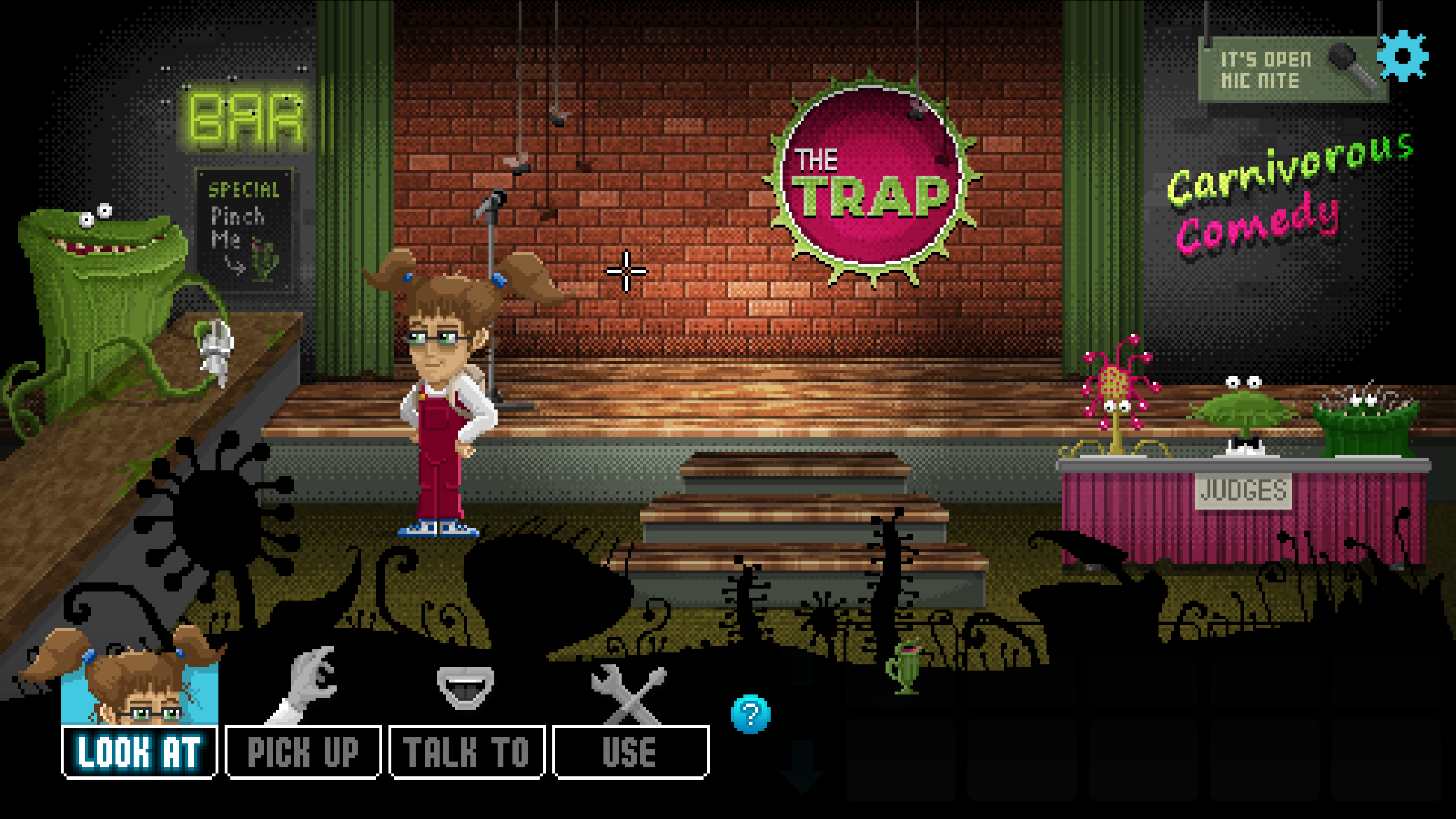 Any quibbles I have with Lucy Dreaming are incredibly minor. The music feels very repetitive in often-visited locations but is never unpleasant. The voice acting sometimes borders on the cheesy BBC Radio 4 drama side of things, but it’s mostly great, with Monkey Island’s Dominic Armato making a brilliant cameo filled with aside glances and references to his body of work. At around seven hours, Lucy Dreaming is a pretty standard length for a good adventure game, though I can’t help but want just a little bit more – a testament to the amount of fun I had.

Lucy Dreaming tells a compelling, concise story filled with wit and hilarity, kept me invested with a juicy mystery, and hooked me with its fantastic execution of the sarcastic adventure game protagonist trope. It never feels like a one-trick pony, and it’s a masterclass in knowing when to surprise with a sudden change in mood or shocking reveal. I went in thinking I was in for a charming point & click adventure with some gimmicks and enough jokes to keep me going, but I’m coming away convinced it’s going on my GOTY list. I wish I could forget everything about it and experience it all over again.

Score: 4.5/5. A review code was provided for the purposes of review.