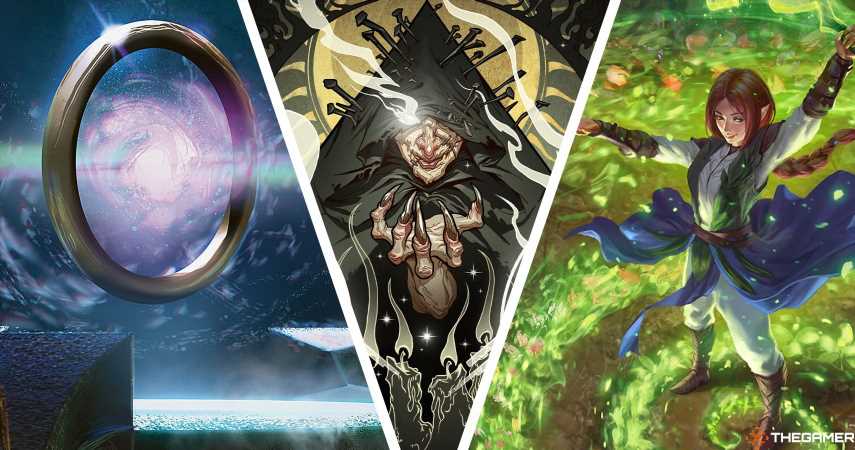 Everybody who has ever played Magic the Gathering has run into the dreaded 'mana screw' at some point. If you've got a hand full of all your best cards but no mana to actually cast them, you're dead in the water already.

Keeping up with your opponents and their resources is absolutely vital, which is why 'ramp' is so important when building any kind of deck. But, like most things in Magic, ramp is slang that requires knowledge of Magic's history and isn't the most accessible of concepts for newcomers.

Ramp is anything that gives you access to more mana than the usual one land you can play each turn.

In a basic game of Magic, each opponent would put down one land each turn and gain access to one more mana. Early turns may be slower, as both opponents build up their resources to cast expensive game-winning effects later on.

Ramp speeds up when you can play those powerful cards, aiming to do so before your opponent can. It comes in a few different forms, with the most common being putting down an extra land or two each turn (such as through the card Rampant Growth, which is where 'Ramp' comes from). There are also mana rocks, mana dorks, and rituals, which all do the same thing in slightly different ways. 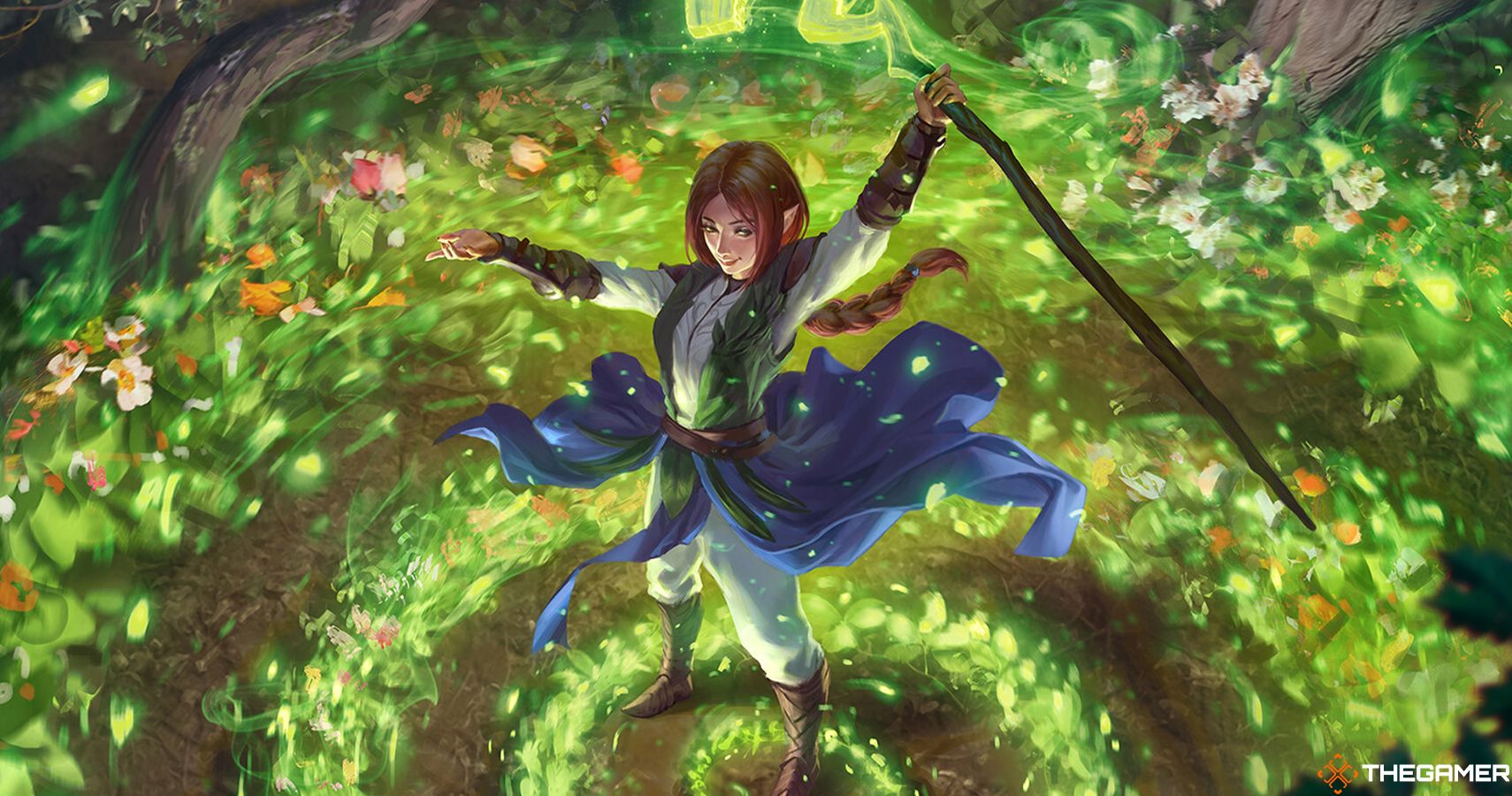 Land ramp is the most basic kind of ramping, in that all it does is get more than one land onto the battlefield in that turn.

As mentioned, Ramp is named after Rampant Growth, a card that lets you search your library for a basic land and put it onto the battlefield tapped. Rampant Growth we've had a lot of similar cards that either change the number or the types of land you can find. Cards like Cultivate, Circuitous Route, Migration Path, Farseek, Archaeomancer's Map, Explosive Vegetation, Omen of the Hunt, Moonsilver Key, and Myriad Landscape all do land ramp.

Some cards don't let you search for land, but just play additional lands each turn. Azusa, Lost But Seeking, Exploration, Scale the Heights, Zimone Quandrix Prodigy, and The Gitrog Monster are all good examples of this, but the downside is you'll still have to find ways to draw into your lands to actually play them.

Though not technically land ramp, mana doublers should also be mentioned here. These are cards that don't physically add new mana sources, but let the ones you already control produce more. Zendikar Resurgent, Dictate of Karametra, Regal Behemoth, Vorinclex Voice of Hunger, and Mana Reflection all do this kind of ramp. It's a more fragile kind of ramp than just throwing lands down, as someone removing the mana doubler will effectively half the amount of mana you have to work with from then on.

Land ramp is a very Green-heavy mechanic, with almost every noteworthy land ramp card being green. Things that let you play extra lands each turn, on the other hand, skew more towards the Simic colours of blue and green. 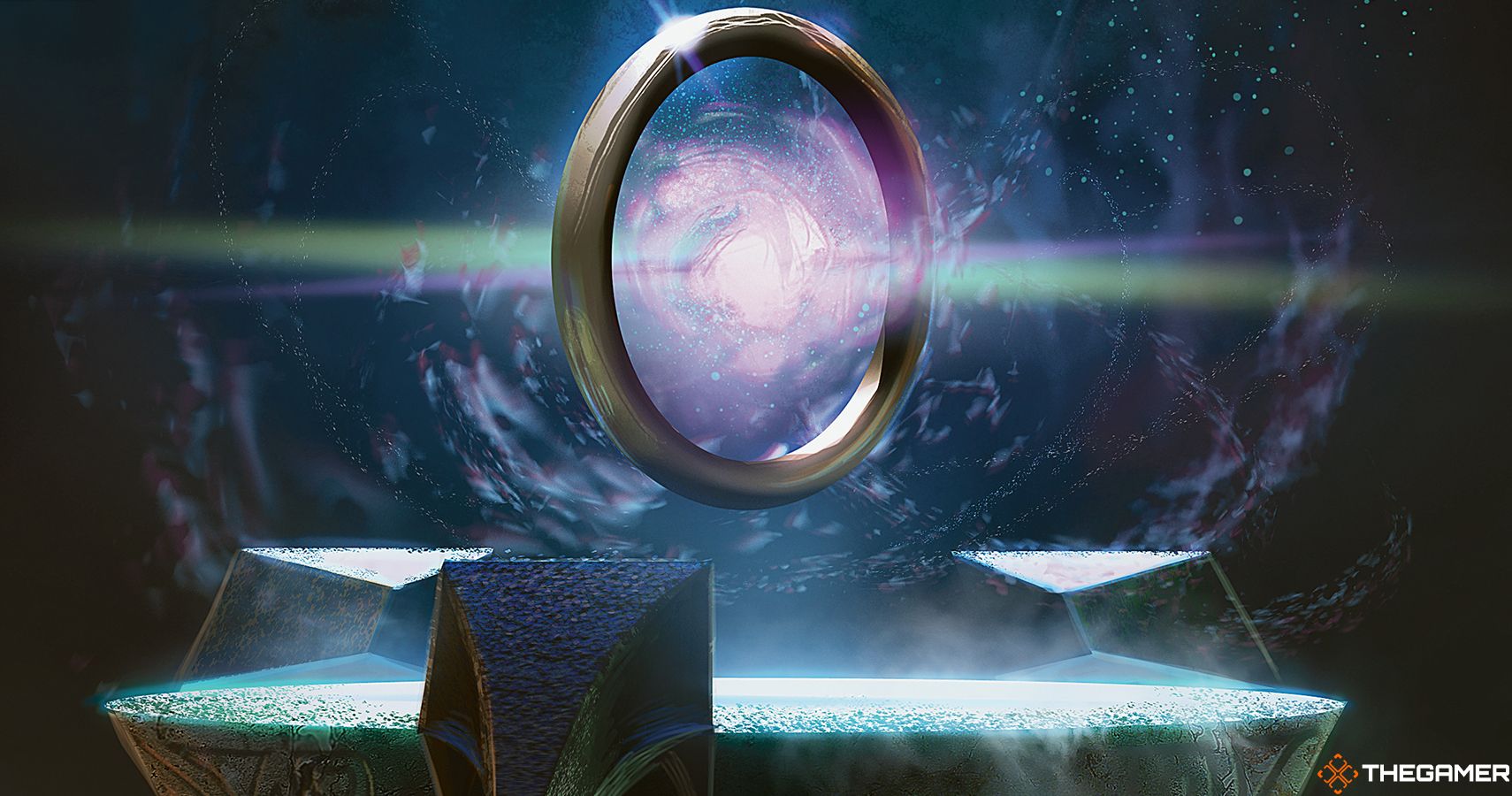 Mana rocks are any artifact that can produce mana, while mana dorks are small creatures that can do the same.

Mana rocks serve as the backbone for a lot of decks, particularly in the Commander format. The most famous one is easily Sol Ring, which can be tapped for two colourless mana, but there are many rocks out there.

Arcane Signet, Thran Dynamo, all ten of the Signets, Sisay's Ring, Replicating Ring, Fellwar Stone, Thought Vessel, Mana Vault, Mana Crypt, the list goes on and on. You could also include Treasure tokens in this; although they're sacrificed to produce the mana does make them slightly different.

The great thing about mana rocks is that most of them are colourless and can fit in any kind of deck. Almost every Commander deck should have a few mana rocks in there, as it gives some much-needed ramp to colours that lack more reliable ways of doing it, like blue and black.

Mana dorks, on the other hand, are creatures that can tap for mana. A 'dork' is usually a weak creature, and so these will generally just be used as a mana source and not as an attacker or blocker unless you're really desperate. The most common mana dork is Llanowar Elves, and its siblings Llanowar Tribe and Llanowar Visionary.

Mana dorks also appear in non-green colours, but they'll often have bigger caveats. For instance, Karfell Harbinger is a blue mana dork that can be tapped to make one blue mana, but that mana can only be used to either fortell a card or cast an instant or sorcery. Alternatively, Apprentice Wizard can pay one blue and tap itself to produce three mana… except it's all colourless.

Some of the best mana dorks in the game could also arguably be called mana rocks, as they're the artifact creatures called Myrs. Cards like Gold Myr, Copper Myr, Alloy Myr, Iron Myr, Silver Myr, Plague Myr and Palladium Myr are all small, cheap, colourless creatures, but they each tap for different colours to fit into any deck. 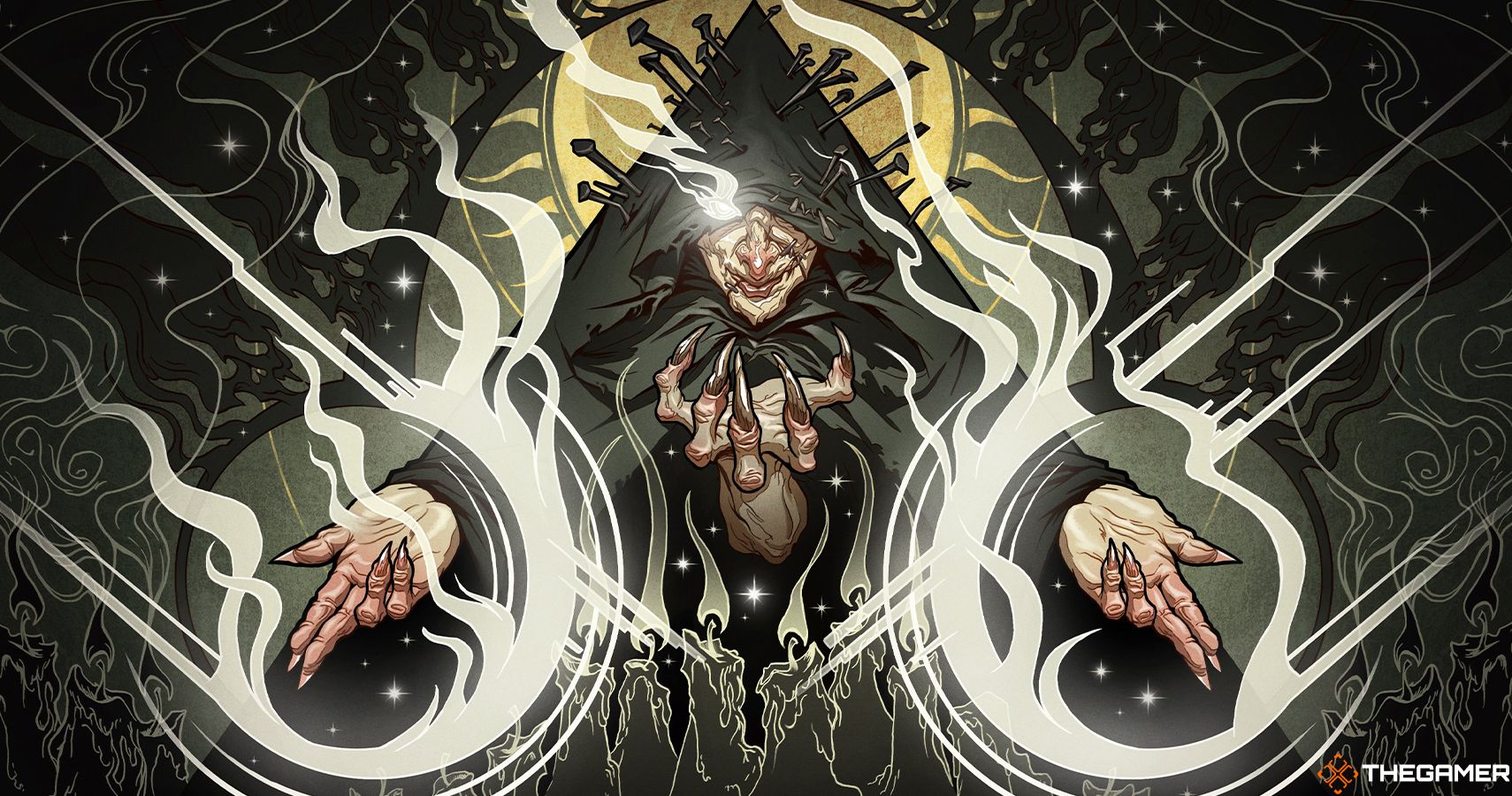 Rituals are spells that grant you a temporary boost of mana. Unlike mana rocks, dorks, or land ramp, this won't speed up your mana production across an entire game, but can be used to have a single, explosive turn.

The thing about adding floating mana over having a permanent that produces it on tap is you have to use it there and then. Unless the card says otherwise, any mana in your mana pool dissipates at the end of each phase – if you produce the mana in your first main phase, you have to use it all up before going to your combat phase, or it is wasted.

Rituals are still useful, especially early on in the game where playing a Swamp and then playing Dark Ritual can effectively put you two or three turns ahead of your opponents. But keep in mind that, even with rituals, you should still run other kinds of ramp in your deck. 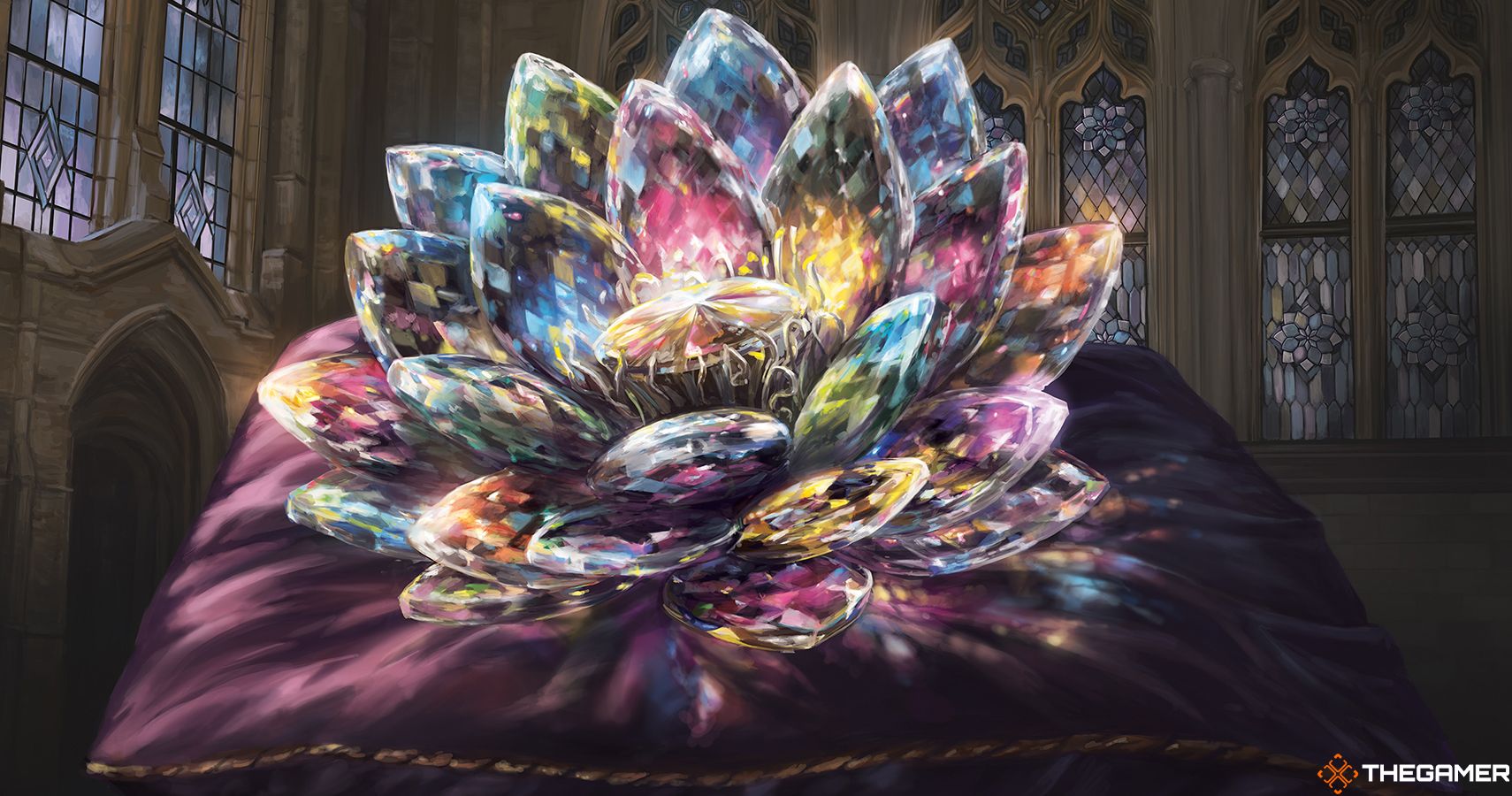 Not all ramp is created equal, and can be split into "fast mana" and "slow mana".

Fast mana is so powerful that it isn't something Wizards of the Coast really designs any more. In fact, a lot of the game's most expensive cards are examples of fast mana, with cards like Black Lotus, the five Moxes, Mana Vault and Grim Monolith all producing more mana than they cost.

As you can probably figure out, slow mana is anything that either can't make more than its mana cost, or can't do it the turn it enters the battlefield. Thanks to summoning sickness, most mana dorks can't tap the turn they enter, and so are slow mana. Other cards, like Arcane Signet, Sisay's Ring, or even Rampant Growth itself, are considered slow mana as well.

While running lots of fast mana sources tends to be a sign of a powerful deck, it doesn't mean slow mana is bad. Slow mana sources sometimes trade their slowness with other benefits, like Replicating Ring making copies of itself, or Myriad Landscape entering tapped before letting you go grab to lands the next turn. Balancing your fast and slow mana sources is a good idea, both for the powero f your deck and your wallet.

Should I Run Ramp? 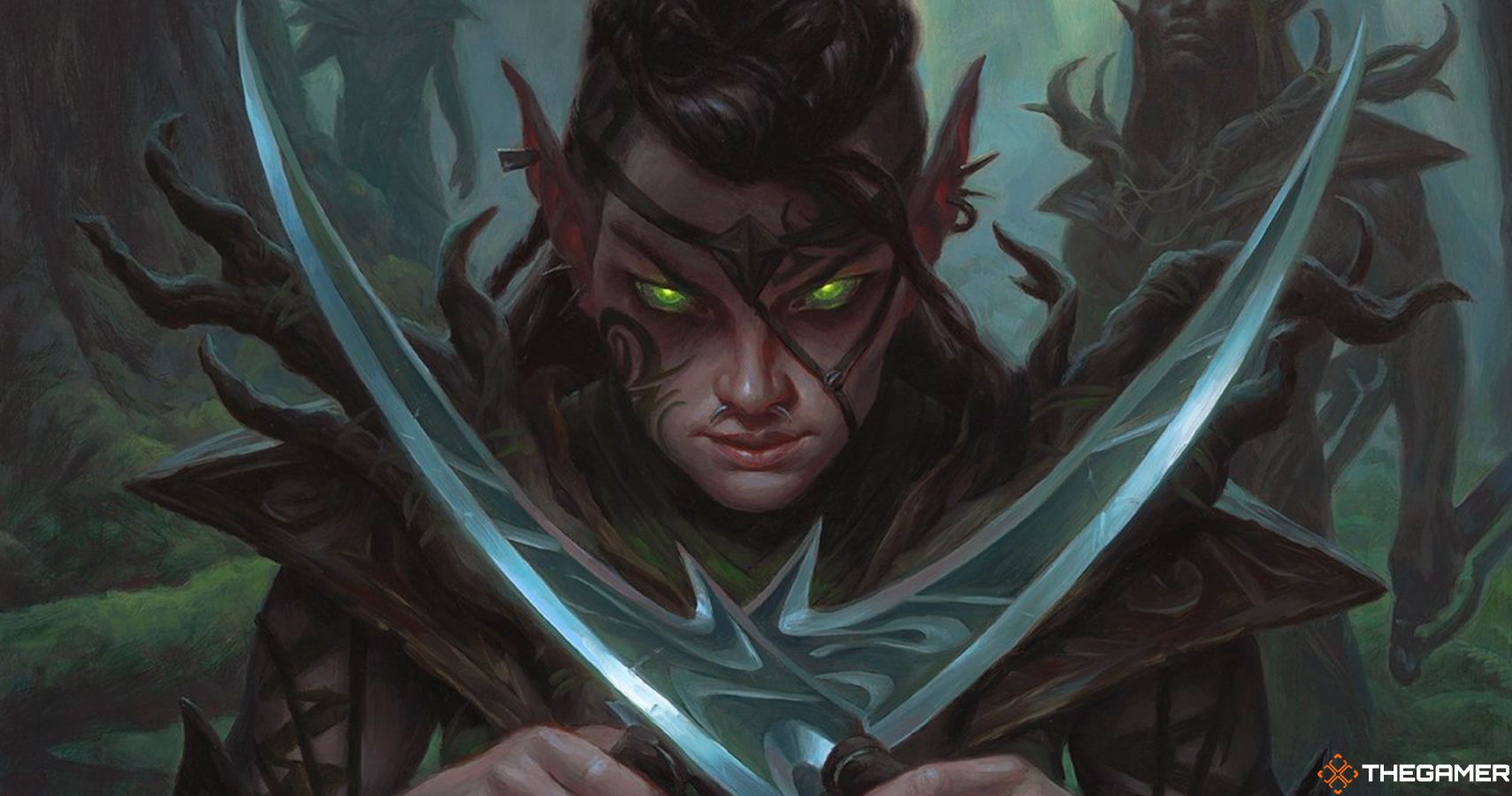 Yes. Don't think of ramp as an optional treat to put into your deck, think of it as a key, essential part of it. Your opponents will be ramping, so you need to run it unless you want to get left behind.

The question of "how much ramp" is a much more complicated answer, as it depends on your deck. If you're playing a red aggro deck with a low overall mana cost, you need much less ramp than if you were playing a big, mono-green stompy deck with expensive creatures. It all depends on the overall curve of your deck.

In Commander, I tend to try and put at least ten ramp pieces in each deck as a starting point, and then adjust from there. Some colours will find it easier than others (green and white are great at ramping, while red and blue are less so), but putting a few slots in your deck aside for a mana rock or three really isn't a bad idea.