Magic: The Gathering’s War of the Spark is an attempt by publisher Wizards of the Coast to elevate the storytelling in its marquee franchise. On the table, the original collectible card game’s latest set allows players take some big swings at each other. It also puts a ton of Planeswalkers on the table. The end result is the potential for some truly epic engagements.

Since I started playing Magic again last year, Wizards has provided Polygon with some cards from each new set. I’ll usually sit down with my old decks and tear open a whole box of boosters — 15-card packs filled with random cards — in order to plan out some new strategies for the coming season.

Of all the cards that appear in those boosters, Planeswalker cards are the most rare. These powerful characters act like sidekicks, augmenting my basic spells with their Loyalty abilities. I’ll often try and build decks around multiple copies of the same Planeswalker card, hoping to bring out one of them early in the game. It’s the most reliable way to build up momentum for a Planeswalker’s most expensive — and most powerful — abilities.

I thought I was losing my mind. 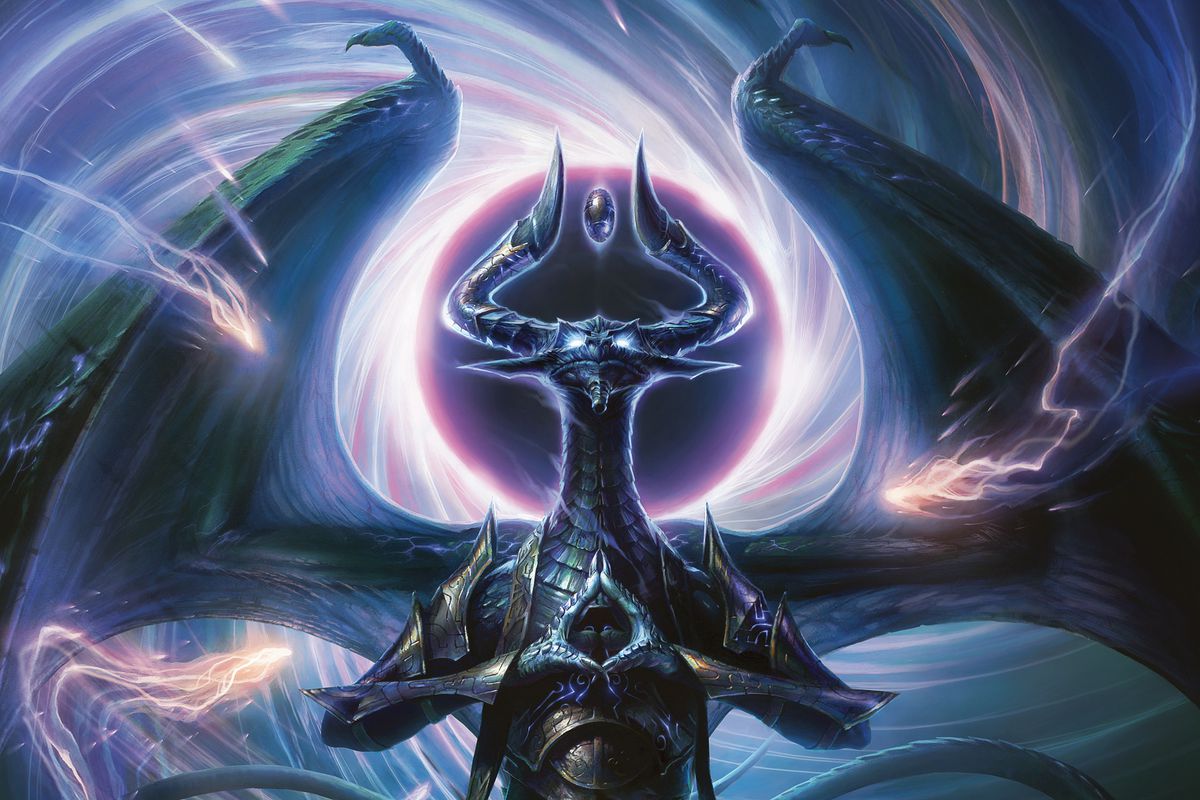 But no, as it turns out this latest set of Magic cards includes at least one Planeswalker card in every pack. After I’d torn open everything that Wizards had sent I was sitting on a stack of more than 40. The possibilities here are simply boggling.

This time around, Wizards has gone about things a little differently. Planeswalkers are clearly much more numerous, and can also appear at just about any rarity, including uncommon. That means there are some pretty low-powered Planeswalkers coming onto the table. To make up for that, designers have given each of them a unique passive ability.

For instance Huatli, The Sun’s Heart, states that your creatures get to do damage based on their toughness rather than their power. That makes the most defensive cards in my hand suddenly the most offensive. Angrath, Captain of Chaos, gives all of my creatures menace, making them much more difficult for my opponent to block. Kiora, Behemoth Beckoner, states that any time a creature with power four or greater enters the battlefield its owner gets to draw a card. With 36 Planeswalker cards in the set — 37 if you include a promo card — there’s a lot of weird effects to choose from.

My impulse, therefore, is to get as many Planeswalkers into my deck as possible. I’m looking at color combinations that I’ve never considered before, including three- and four-color mana decks. I might even try my hand at building a deck that runs entirely on colorless mana just so I can get the weirdest combination of Planeswalkers into battle at the same time. 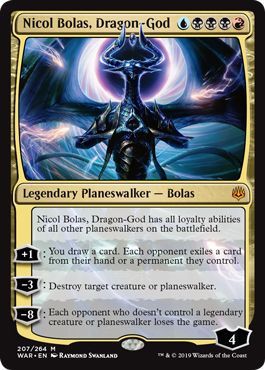 Wizards of the Coast

On the other hand, I could also double down on the red and black deck that I’ve been working on for the last few years. Since the changes made to the core rules with the Rivals of Ixalan set, it’s easier to integrate multiple cards featuring the same Planeswalker into your decks. Players who have been keeping up with the last few years worth of new card sets likely have a small stockpile of underutilized Planeswalkers that suddenly look a lot more attractive than they did just a week ago.

But there’s a catch.

In keeping with the game’s narrative push, there’s one Planeswalker that has the most powerful ability of them all. Once Nicol Bolas, Dragon-God comes into the game, he receives the abilities of every other Planeswalker card currently in play. As permissive as War of the Spark is for players looking to try out unusual new strategies, it’s also a kind of trap. Everyone will need to contend with the Dragon-God, so maybe the best strategy of all is to simply build my deck around him instead.

Overall, I’m terribly impressed with Wizards of the Coast this time around. For a game that’s more than 25 years old, Magic is proving with each new set that it still has plenty of life left in it.

The War of the Spark set had its pre-release last weekend and goes on sale this week at major retailers, local game stores, and on Amazon. The cards are now live in the digital version of the game, Magic: The Gathering — Arena. Physical Planeswalker decks— pre-built decks available for a premium price at many retailers — now also include a code to unlock those same cards online.