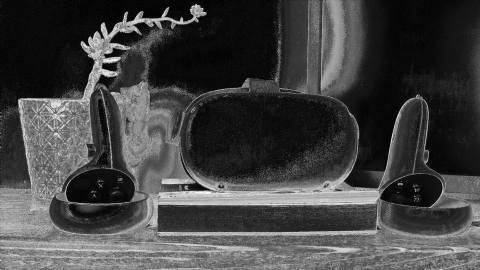 The majority of game developers working in VR are making content for the Oculus Quest and Quest 2, a report from the Game Developers Conference (GDC) suggests.

GDC posted its annual State of the Game Industry Report today, sourced from over 3,000 developers.

Much of the report is concerned with the knock-on effects of the ongoing COVID-19 pandemic, which has forced GDC itself to cancel and delay its physical event for two years running now.

The report does turn its attention to VR, though, and suggests that Facebook’s Oculus Quest is the primary source of interest in the industry right now. 52% of responses said that Quest was the VR platform that interested them the most, followed by PSVR and Index at 28% each. The graph doesn’t group SteamVR headsets together, instead listing Index, Vive and others as separate entities.

Of developers that have actually released VR content, 45% said their last release was on Oculus Rift, 39% said HTC Vive and 28% said Quest. But fortunes quickly reverse – while 41% of developers said they currently weren’t working on any content for VR or AR headsets, 27% said they were for Quest compared to 17% for Rift and Vive and 8% for PSVR, which is nearing the end of its life. PSVR 2 hadn’t been announced at the time the survey was conducted.

The gap grew when developers were asked where they anticipate their next VR or AR title releasing – 31% said Oculus Quest, 19% said Rift, 18% said Vive and 12% said either Index or PSVR.

During an investor call yesterday Facebook CEO Mark Zuckerberg said Quest 2 continues to perform ahead of expectations. Standalone VR in general, which doesn’t rely on any external hardware represents something of a turning point for the industry.

What do you make of the GDC survey results? Let us know in the comments below!