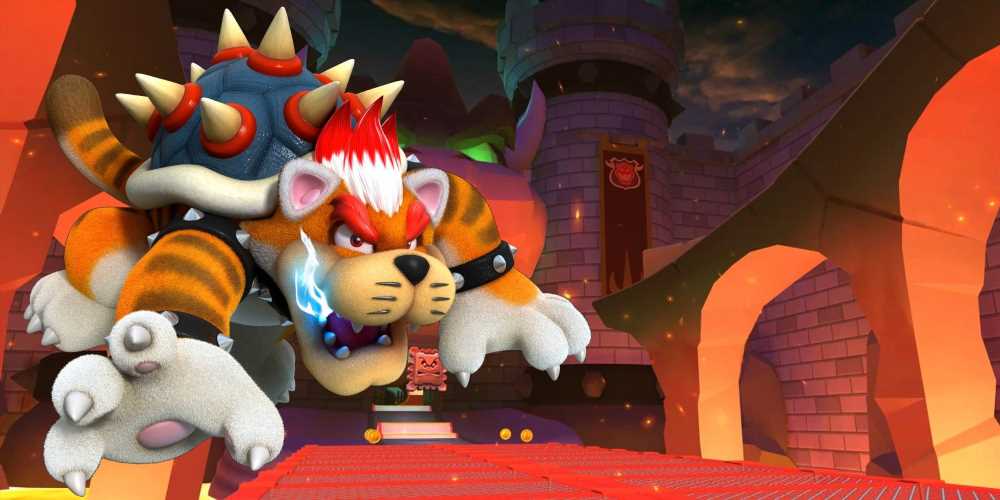 Mario Kart 8 Deluxe has become something of a juggernaut on the Nintendo Switch. The game, which is effectively just an extension of Mario Kart 8 on the Wii U, is now the best-selling Mario Kart game of all time. Concrete proof for Nintendo that a game carrying the Mario Kart flag doesn't need to be constantly added to and updated. Nor does it need to hurry up and give us Mario Kart 9, or whatever's coming next.

If you want a Mario Kart game that gets new characters and tracks on a regular basis, then there is something out there for you. Mario Kart Tour. Tour gets new stuff every two weeks, and it doesn't slow down for the holiday season. Quite the contrary as a matter of fact. Tour ushers in its New Year's Tour this week, and it comes with a classic track and an all-new racer.

As you can see in the trailer below, Meowser of Super Mario 3D World fame is making his Tour debut this week. The Bowser theme continues as the 3DS version of Bowser's Castle will also be debuting in the mobile game. That brings the handheld console's Tour track tally up to ten. You'll also be able to pick up a few new items, including the customary 2022 glider you can use to swoop into the new year.

You might think Tour's time on the market is winding down more than two years after it launched. Earlier this year mobile game Dr. Mario World bit the dust due to a lack of interest. Fear not Tour players, as the mobile Mario Kart game doesn't appear to be heading down the same path. The game has made more than $200 million for Nintendo, making it the second-highest earning mobile game for the company after Fire Emblem Heroes. A long way to go to catch Pokemon Go, but a whole lot better than Wizards Unite which will officially be shuttered forever next month.

To celebrate the end of another successful year, the Tour team has been sharing some interesting annual stats through the game's Twitter account. The coin box was the most used special item of 2021, closely followed by the fire flower and then triple mushrooms rounding out the top three. There have also been 647 badges to collect in Tour this year. How many of them did you manage to pick up?