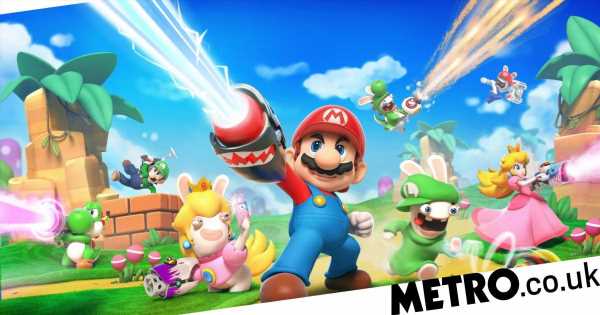 A prominent leaker has shared a long list of games that they believe could be shown at E3, including a sequel to Mario + Rabbids.

While there are a few games that are widely assumed will be shown during E3 2021 (such as Halo Infinite for Microsoft’s presentation), there is still a lot that we simply don’t know.

However, Reddit user PracticalBrush12 shared a lengthy list of games they are predicting will be shown throughout the course of E3. The list seems to mostly consist of already announced games, but there are a couple of new titles mentioned as well.

Perhaps the most prominent of the bunch is something called Mario + Rabbids Sparks Of Hope, which can be presumed to be a sequel to the 2017 turn-based strategy game.

The bizarre Nintendo and Ubisoft collaboration was both a critical and financial success, but there has been no talk of a follow-up since its release. If it exists, it will most likely be announced during Ubisoft’s presentation, much like how the first game was.

And while it might not have been what he was referring to, Bloomberg journalist Jason Schreier has already stated that Ubisoft has a secret unannounced game which he was asked not to mention by name.

On the Microsoft front, the list mentions Senua’s Saga: Hellblade 2 and Forza Horizon 5, the latter of which has been rumoured for release this year but hasn’t received a formal announcement.

As for Hellblade 2, it was announced during the 2019 Game Awards and has barely been talked about since. Microsoft did confirm that it would be using Unreal Engine 5, which likely means it likely won’t release until 2022 at the earliest.

There’s also something called A Plague Tale Requiem, which must be connected to the 2019 game A Plague Tale: Innocence. There was talk of a sequel being greenlit back in 2019, with the plan being to release it in 2022, meaning an E3 announcement could very well be on the cards.

As always, none of this can be 100% guaranteed, but PracticalBrush12 is considered a reputable leaker, having accurately shared information on Monster Hunter Rise and Diablo 4 in the past.

In response to comments on the thread, PracticalBrush12 repeatedly insist that they’re only guessing, although at one point they write ‘From the legal point of view I’m just guessing some predictions.’

Apart from not wanting to be sued (he’s already been DCMA-ed by Capcom) it may be that he knows of the games’ existence but not whether they’ll actually be at E3 or not – which was also the case for the 2K leak last week.

To add credence to the predictions, analyst and reliable insider Daniel Ahmad has confirmed that the names included on the list are indeed correct, which makes them all significantly more believable.

Either way, we’ll just have to wait until E3 itself to see if any of these games will make an appearance.

These title names are indeed correct