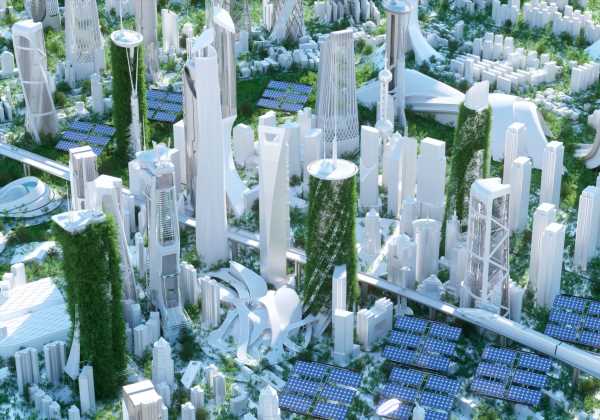 The idea of the metaverse has been percolating in tech circles since Neal Stephenson coined the term in his 1992 novel Snow Crash. This was the year after the World Wide Web was open to the public, and before websites for general use became widely available. The idea is that many virtual spaces will converge with the internet to form one large virtual world where we can all conduct our lives digitally. Tim Sweeney of Epic has spoken about how gaming may evolve into the metaverse. And Microsoft CEO characterised Azure digital twins and IoT as a metaverse in his earnings call last week.

Facebook’s Mark Zuckerberg seems to be the most passionate proponent of the metaverse, acknowledging in a recent interview in The Verge that “I’ve been thinking about some of this stuff since I was in middle school and just starting to code.” He stirred a lot of interest in late June when he announced to his staff than an overarching goal was to connect many of the company’s initiatives to help bring the metaverse to life. And he has outlined a number of factors that are paving the way:

How will Facebook’s metaverse initiatives impact the enterprise?

Facebook’s business model will evolve toward the metaverse concept, and some of the stepping stone technologies that Facebook is investing in will change how businesses interact with their customers and how individuals on business teams work with each other. At some point, we may see a metaverse evolve that creates a new community with enhanced presence, a forum and marketplace for content creators of various stripes, and new forms of digital commerce. But it is unlikely that this metaverse will suddenly appear next year, causing a new “land grab” and disrupting the existing social network advertising model.

Instead, enterprises have time to prepare for this scenario. However, some of the stepping stone elements of Facebook’s metaverse journey are here today and can be used to enhance existing enterprise product and service offerings and gain experience. A number of the factors Zuckerberg has highlighted hint at future metaverse scenarios that may be valuable to begin planning for.

The Quest 2 is a self-contained unit with very good visual performance, spatial sound, and excellent hand tracking at a remarkable $299 price point. The available content today is largely for gaming, but the headset is capable of supporting compelling enterprise applications as well. It provides an excellent viewing device for team-based VR scenario or procedure training. 360-degree video viewed through the Quest 2 provides the experience of presence for product demonstrations or museum displays. A Quest 2 headset can be sent to a client for less than the cost of a salesperson’s visit and used to demonstrate a product in a much more engaging way than a typical video or slide show. Immersive VR advertising will become important in the metaverse, but there is no reason not to experiment with it now.

Zuckerberg is right that we were not meant to interact with each other via little rectangles on a mobile device or a Zoom screen. Facebook Horizon is an early effort to create “presence,” providing a VR space where you can interact with cartoon avatars of friends. Presumably it will evolve into a social space where small groups of professional colleagues or client teams can interact more naturally.

In the meantime, prepare for the metaverse and adopt development platforms that allow content to be easily made available on PC, mobile, and XR headsets. New dev platforms make the process of creating of multiplatform 3D content more akin to creating a PowerPoint than to creating a AAA game or feature film. Some also provide the ability to develop applications collaboratively, with colleagues from multiple sites working simultaneously on the same editor screen. This recreates the experience of working together in a meeting room. It can be valuable to gain organizational experience in building digital avatars, and 3D content, and new tools for collaboration.

Augmented reality glasses are a key priority for Zuckerberg. Apple, Microsoft, and several smaller firms are also working on the challenge of creating comfortable headgear that seamlessly overlays the digital world onto the physical one. Launch dates are still uncertain, but it is likely there will be significant steps forward in the next 24 months.

There is a lot more opportunity with AR than “presence” during a conversation with a colleague. Spatial and workflow applications on future AR headsets will be important productivity tools for front-line workers. Hands-free gesture or voice control provides much more natural engagement. Using visual, acoustic, and other sensors coupled to AI for identifying patterns can allow the parallel digital world to incorporate the current situation in the physical world and make that available to team members irrespective of location. Gain experience with these technologies now. They can run on mobile devices and easily transition to AR headsets as those headsets become cost effective and comfortable.

Community, creators, and digital commerce in the future metaverse

Roblox and YouTube already provide examples of marketplaces for user-generated content. The future metaverse is expected to expand the role of creators to share and monetize content. Emerging platforms such as ToneStone bring user-generated content to new markets such as music creation. There is value in gaining experience in channelling such content.

Digital commerce will evolve to incorporate more immersive experiences, AR and VR tools, and perhaps less dependence on specific platforms. Organization can gain experience with these trends now and be prepared to take advantage of metaverse opportunities as they evolve.

Facebook has nearly 3 billion monthly active users, Fortnite has 350 million active users, and Roblox and Minecraft have commanded 200 million active users. The scale of a potential metaverse as a more interactive, richly detailed evolution of the world wide web, has huge implications for how we keep in touch, play, and work. While Facebook would like to control the metaverse, Zuckerberg acknowledges that it is unlikely any single company will do so. Still, the company has provided some useful new devices, capabilities, and observations that are likely to shape the future metaverse.  There is much to learn here.