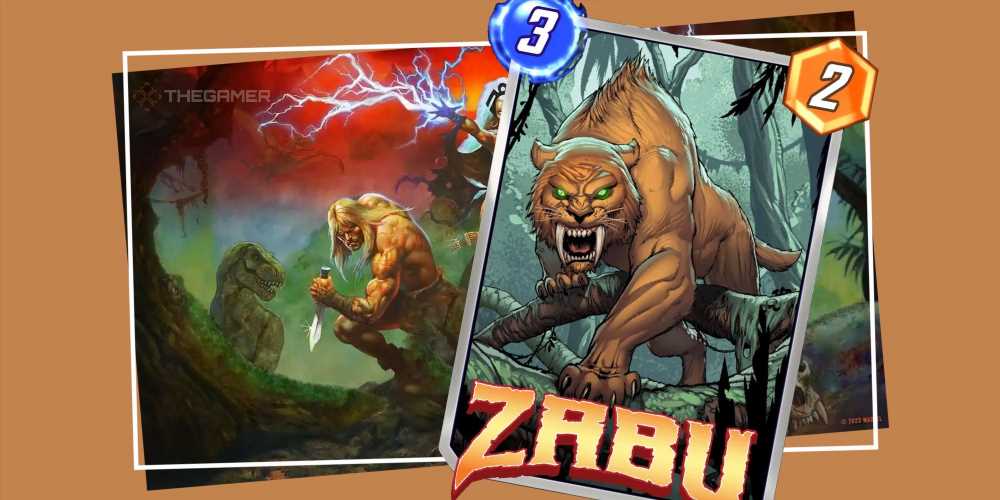 Marvel Snap’s season passes aren’t anything special. They don’t utilise the interesting systems that Fortnite does, they don’t offer huge rewards, but they do offer a couple of exclusives. There are usually two or three exclusive artwork variants, a title or two, and a host of boosters, gold, and tokens to entice you back to the game to complete your dailies. And there’s nearly always an exclusive card, too.

Last season was Silver Surfer. It was a decent card which buffed your three-cost allies, but it wasn’t anything amazing. I tried it in a few decks, and it was okay. I mostly bought the last season pass for the Infinaut variant and boosters that came with it – despite the Leader meta, I’m still an Infinaut apologist, and my recent acquisition of She-Hulk has only improved things in that regard. I’ll probably write about that in more depth another time, but today’s article is about Zabu.

There’s a prehistoric theme to this season pass, which includes a Storm variant featuring brontosauruses (brontosauri?), a funky He-Man-esque Kazar that will slot right into any zoo deck, and Zabu. I’ve no idea who this sabretooth tiger is in terms of comic book lore – my closest guess is the Pet Avengers with Lockjaw and Throg, but a quick Google tells me that’s wrong – but I know it’s very good when it comes to Snap. 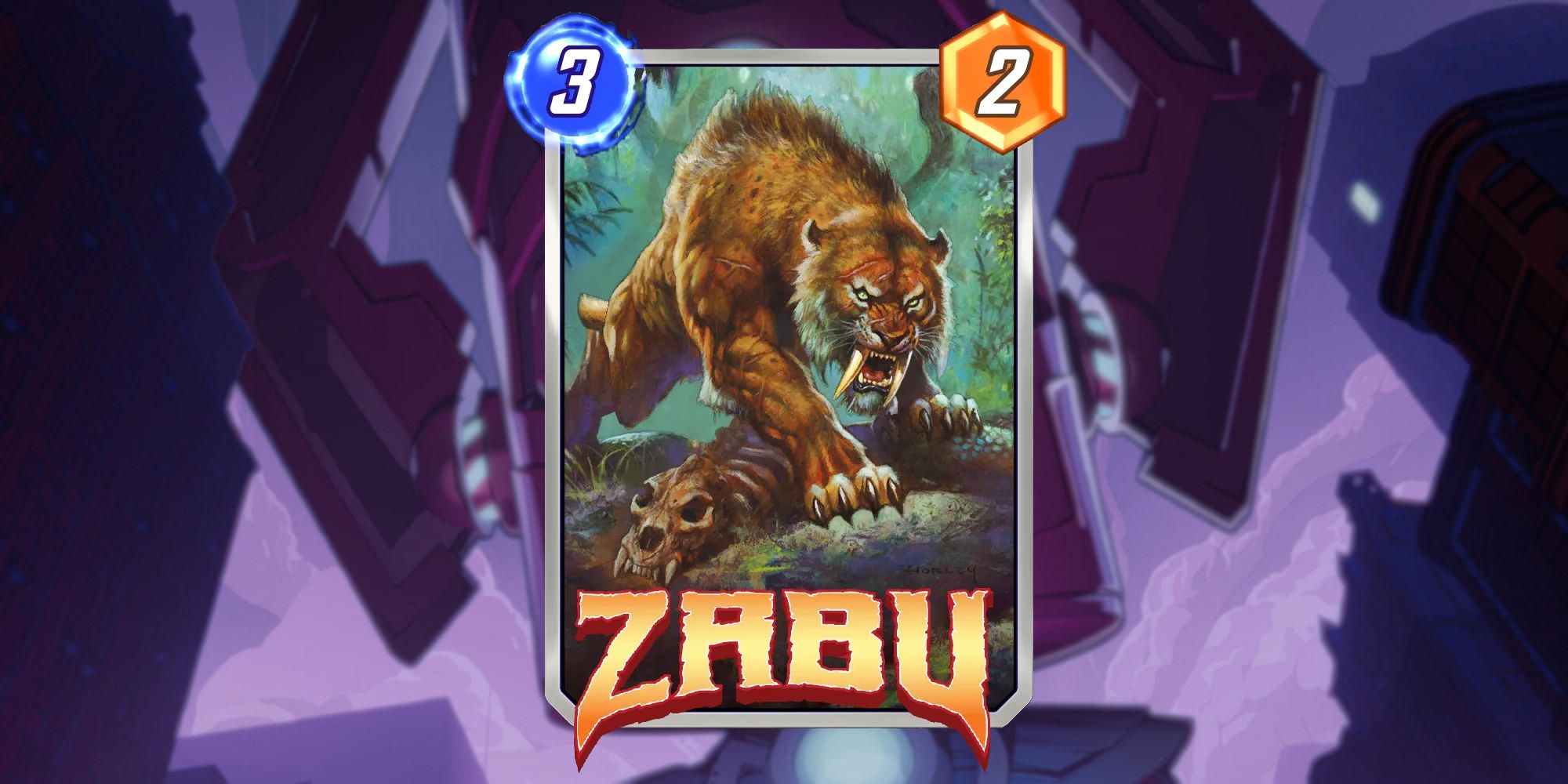 Zabu’s ability reduces the cost of your four-cost cards by two. Halving the energy cost of some powerful cards is great, and adding in Sera reduces them to one-cost in the final turn. I threw together a quick deck made up of Okoye, Zabu, Sera, and nine four-cost cards and strung a few wins together immediately. Sure, everyone’s rank has just been reset, but it was an impressive start for a suboptimal deck. If you get Okoye, Zabu, and Sera on the board, you can swarm the board with powerful cards in Turn Six, from Warpaths and Draxes, to Crossbones and Omega Reds. It might need some more drawing power to ensure you have six cards in hand to make the most of their reduced cost, or perhaps Sera is unnecessary for one extra card (I’m thinking Turn Five Wong and Jessica Jones could work better).

I have put no thought or preparation into this deck and it’s already winning. Yes, it’s susceptible to Leader. Yes, it’s a bit gimmicky and can’t counter many top decks. But at low ranks, early in the season, it’s a bit good. And when the boffins who are far better at this game than I put their heads together and come up with a really good deck, Zabu could well dominate, at least in the short term. 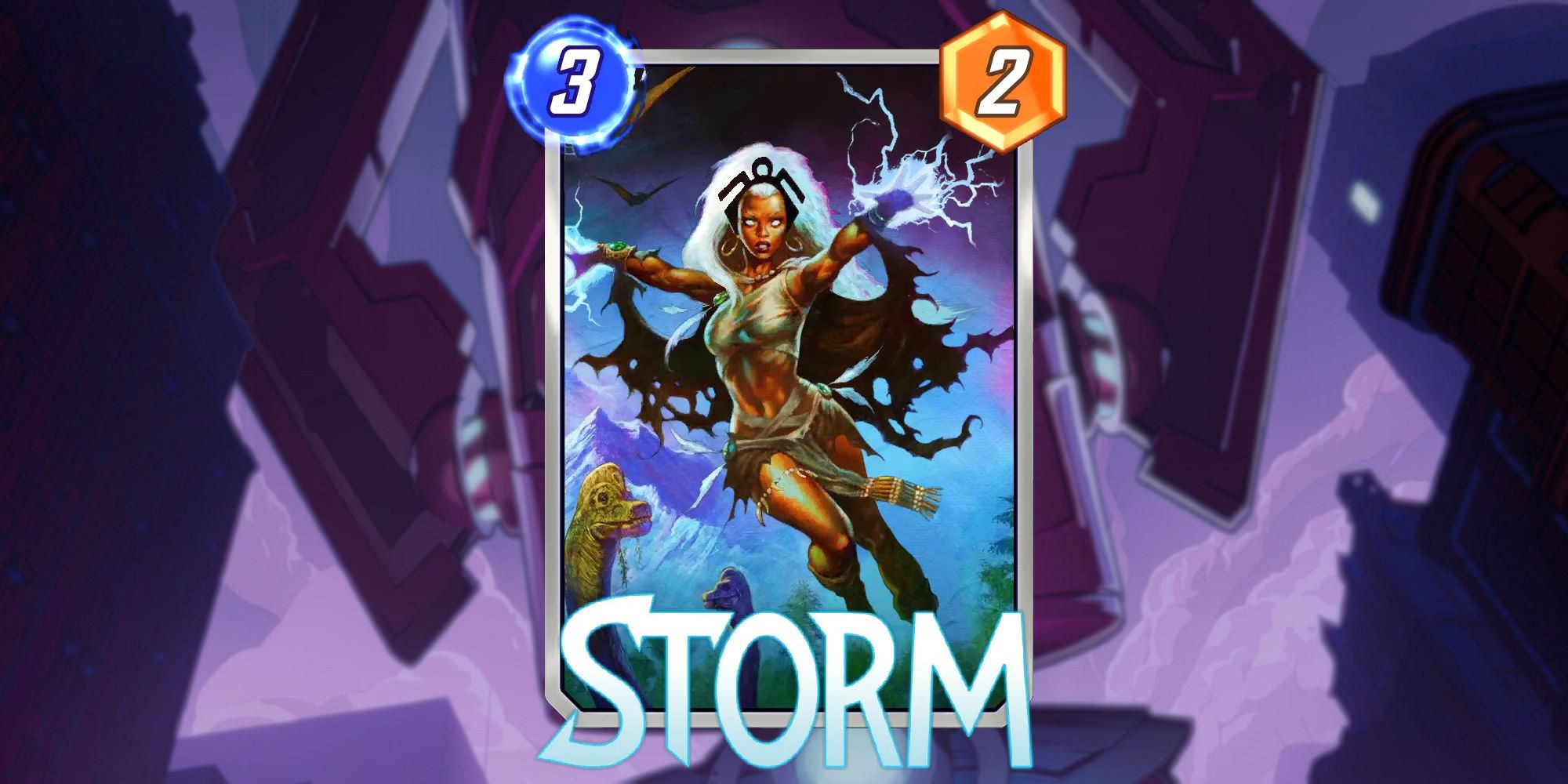 As a card that every player can buy with the Season Pass, I expect to see a lot of Zabus over the next few weeks. However, this also means I expect to see a lot of Zabu counters. Enchantress will be a staple, so watch out if you run Devil Dinosaur, Wong, or Kazar because you’ll be countered in the crossfire. Sandman could also see some gametime, because Zabu decks won’t carry many high-cost big hitters in favour of a swarm of four-cost medium-power cards. Leader is an obvious counter to most meta decks at the moment, but we were seeing that well before Zabu’s introduction.

The Zabu counters just turn me full circle and back to The Infinaut. It’s a big hitter that no Zabu counter can deal with, albeit easily telegraphed so experienced players will retreat on Turn Six. Does it counter Zabu itself? Not really, although I can throw an Enchantress in there for Devil Dinosaur, which currently runs as an alternate win condition. Call me a one-trick, call me whatever you want, but you won’t find me running Leader or Zabu, so at least I can sleep easy knowing I’m not a slave to the meta.