If you’ve played other games as a service titles like Marvel’s Avengers, you are probably familiar with the concept of dismantling old gear for resources to create new loot. Marvel’s Avengers is no different, however there are a few unique aspects you’ll need to take into consideration before breaking down your old equipment. Here’s everything you need to know about dismantling gear in Marvel’s Avengers.

As you take on missions, defeat enemies, open chests, and do all the things a hero does in Marvel’s Avengers, you will come across a ton of resources and gear. This gear can help improve your Avenger of choice with stat boosts and various buffs, but eventually you will find new, better gear to replace it. Rather than let that old gear waste space in your inventory, why not break it down into resources you can use to improve other gear you have?

How To Break Down Gear In Marvel’s Avengers

Each hero has four gear slots that can be customized. They are named something different for each Avenger, but serve the same purpose. Each type of gear you break down will give you a different resource that you might also come across during missions. 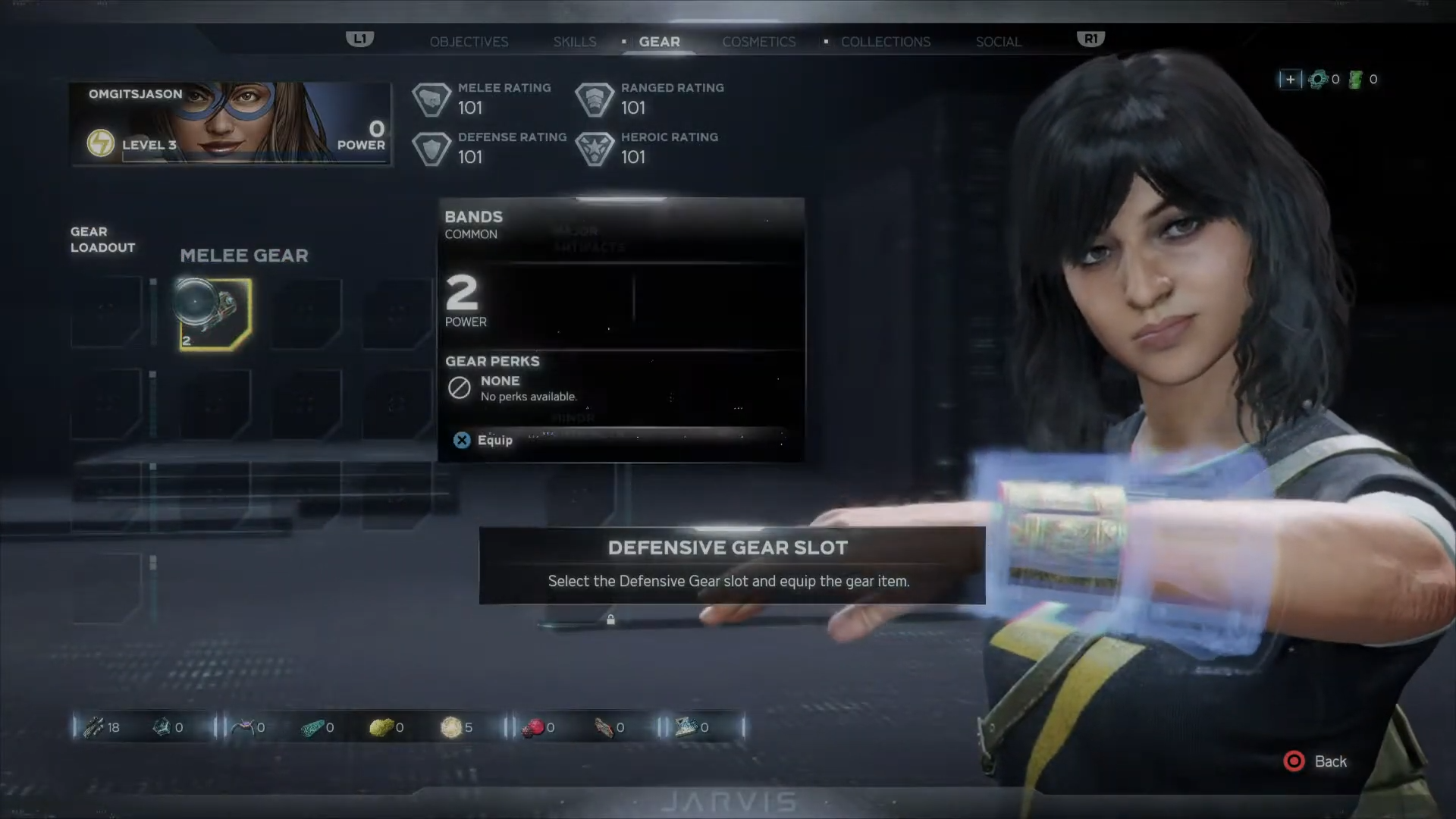 If you have old gear, or just some you want to get rid of, dismantling it is very simple. First access your Gear menu by pressing the touchpad on PS4 or Options button on Xbox One. From there you can move your cursor over each of the four gear types which are, in Kamala’s case, Bands, Armlets, Vests, and Insignia. If you highlight Bands you will be able to see all the different bands you have collected thus far.

Once you locate the gear you’re ready to part ways with, select it with your cursor and hold either Triangle or Y to dismantle it. Again using Kamala as an example, the resources you will get depends on the type of gear being broken down. You’ll get fragments for everything, but Bands give you Nanites, Armlets give Catalyst, Vests yield Nanotubes, and Insignia results in Polycharon.

Depending on the rarity of the gear you’re breaking down, the more of each resource you stand to gain from breaking it down, plus you might also get additional resources if that gear had additional buffs attached to it.

What Do The Resources Do 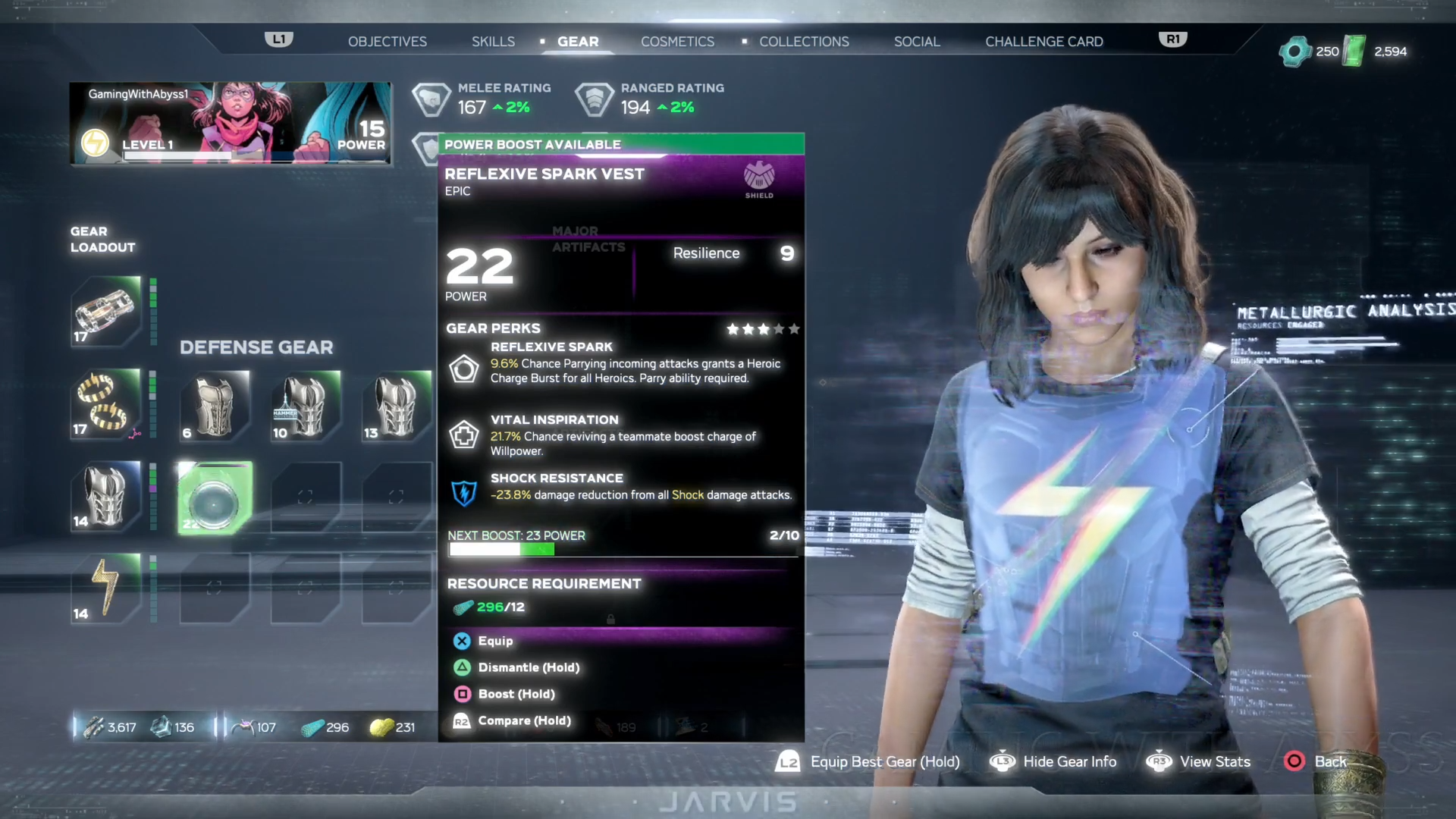 Breaking down your gear is all well and good for keeping your inventory tidy, but what can you do with all those resources they produce? These resources are what you will use to upgrade your existing gear. For example, the Nanites you collect during missions or by breaking down Kamala’s Bands are what you will spend to increase the Power Level of your existing Bands.

Each piece of gear can be leveled up a total of ten times before it reaches its maximum potential, so if you have a piece of gear you like a lot but is starting to not hold up to the challenges you’re facing, it could be a better choice to level it up rather than break it down right away. Also, while it might be tempting to dismantle every bit of gear you’re not currently using, bear in mind that keeping a few spare around for specific situations would be wise. You might be glad you did when taking on missions with modifiers that increase certain damage types that your gear could help mitigate.