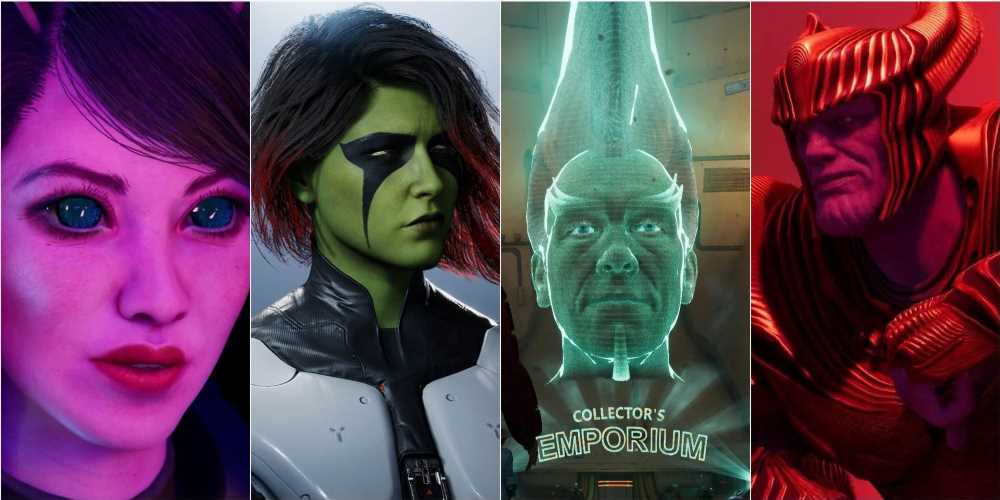 Guardians of the Galaxy sees Square Enix put their own spin on the superhero team, in a beautifully developed narrative adventure that is one of the best iterations of the characters to date. It has you walking in the shoes of the not-so-mighty Star-Lord and doing your best to lead the team.

Still, despite having a story where your choices can cause quite the impact, there are many details that you only learn by obtaining items scattered throughout the game, which triggers conversations with the other members of the group, giving interesting bits of lore.

There are some spoilers in this article 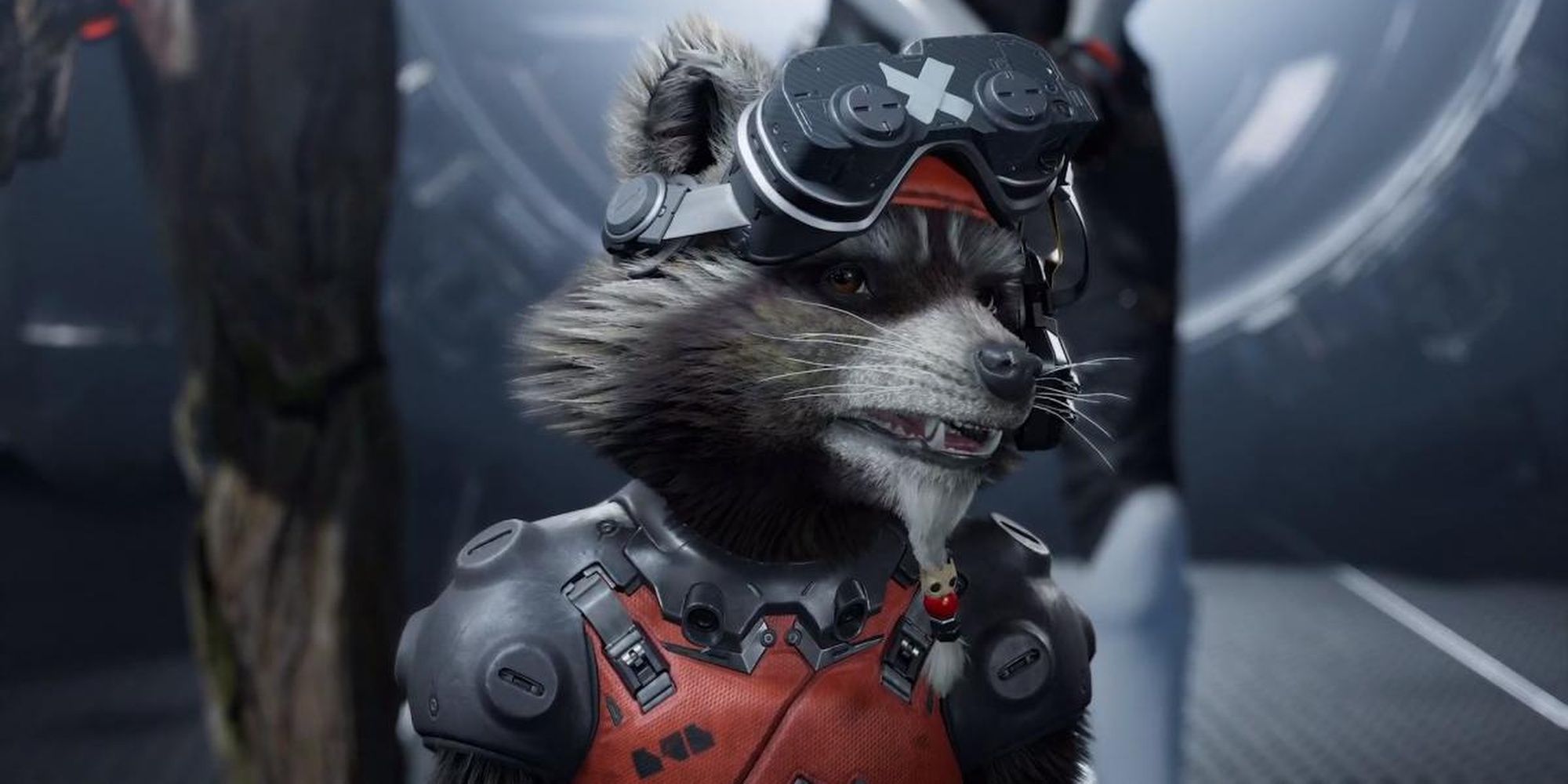 You get minimal information about Rocket's past since the main story doesn't tackle it all that much. It only tells you that he's an experiment, has a fear of water, and he and Groot tracked Peter due to a bounty, but they somehow became friends and started the whole group.

However, talking to Rocket, reveals a lot of details about Halfworld, the place where the Kree did their experiments, and about Lylla, Rocket's love interest who died saving him from the lab. A fact which kind of explains his personality. Halfworld was considered to be in the game, but it didn't make the cut, sadly. 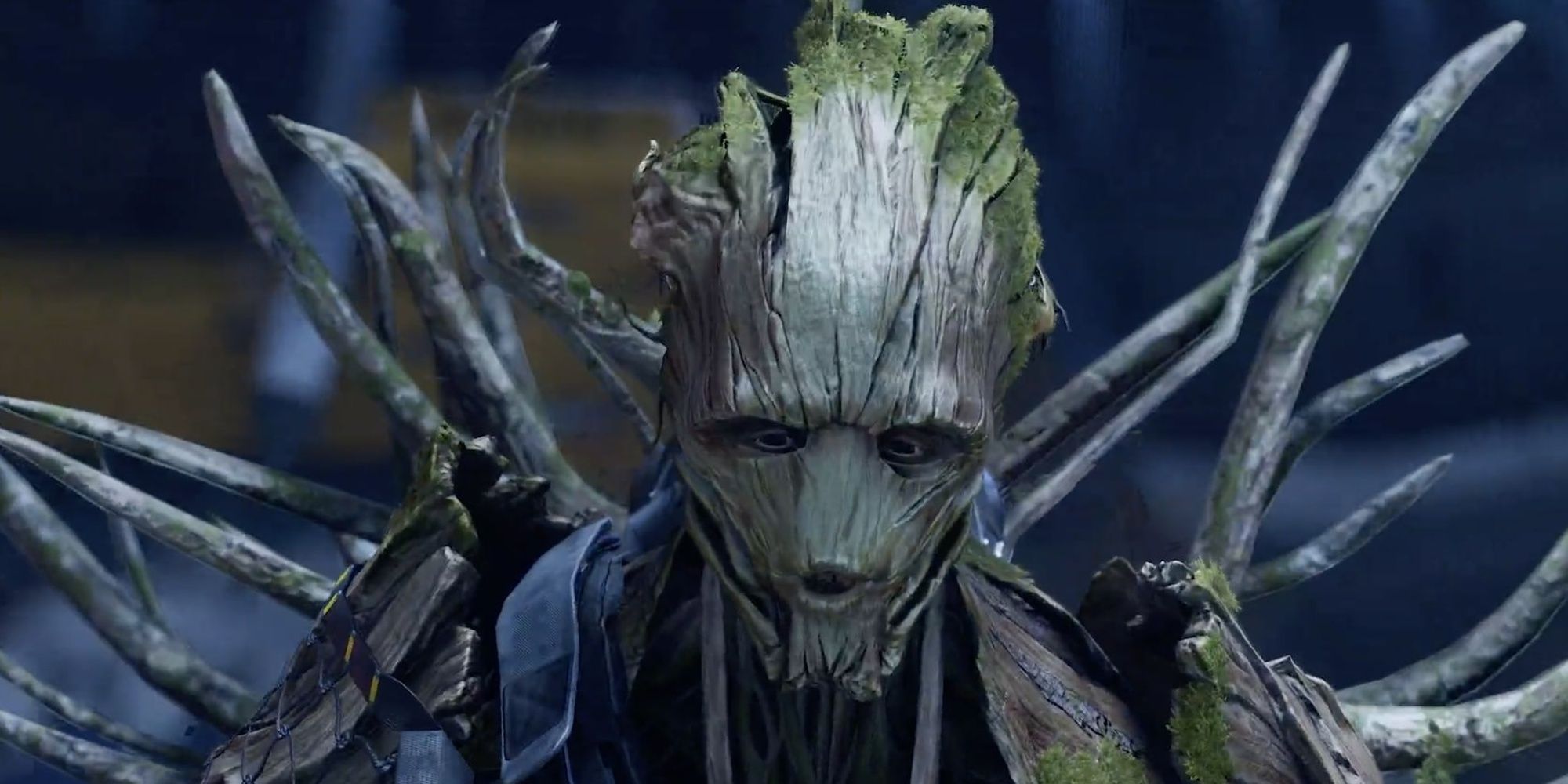 Another character whose backstory doesn't get talked about during the campaign is Groot. All it tells you is that he and Rocket are besties, and they have been together since before they met Star-Lord and the rest of the Guardians.

However, through conversations with both Groot and Rocket, you get a good sense of his backstory, from the destroyed planet up until the Collector capturing him and Rocket busting him out while drunk (you know, normal stuff).

8 Thanos May Be Alive 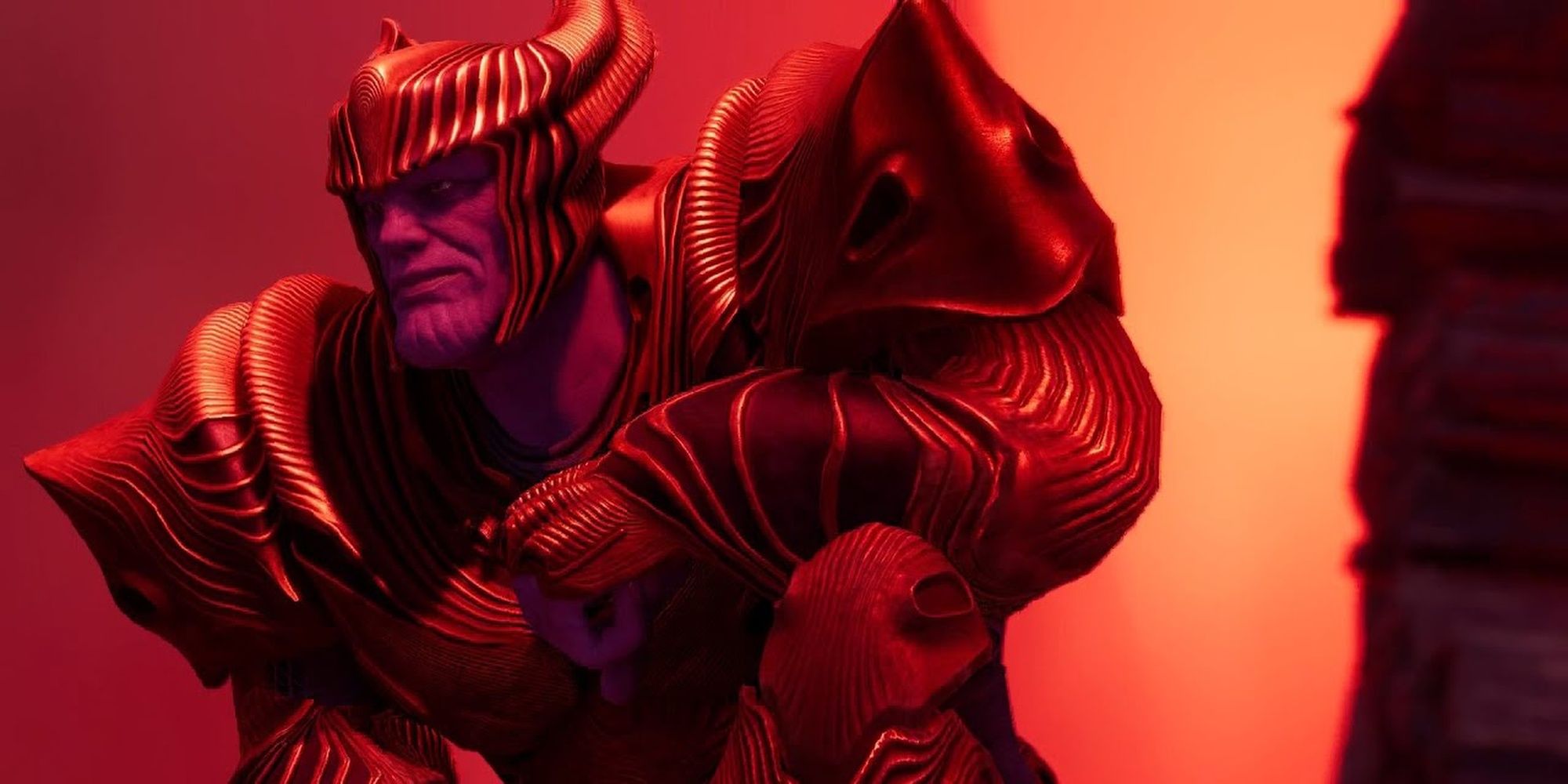 Throughout the story, the game makes it clear that the mad titan is dead, killed by the hands of Drax the Destroyer. At least at first. By having side conversations about the topic, Drax always points out that he allegedly killed Thanos, and, despite their fight, he firmly believes that Thanos is alive.

They battled for days, before Drax passed out due to exhaustion, and he believes the mad titan suffered a similar fate. A good topic to get into for a possible sequel.

7 Gamora And Her Doll Collection 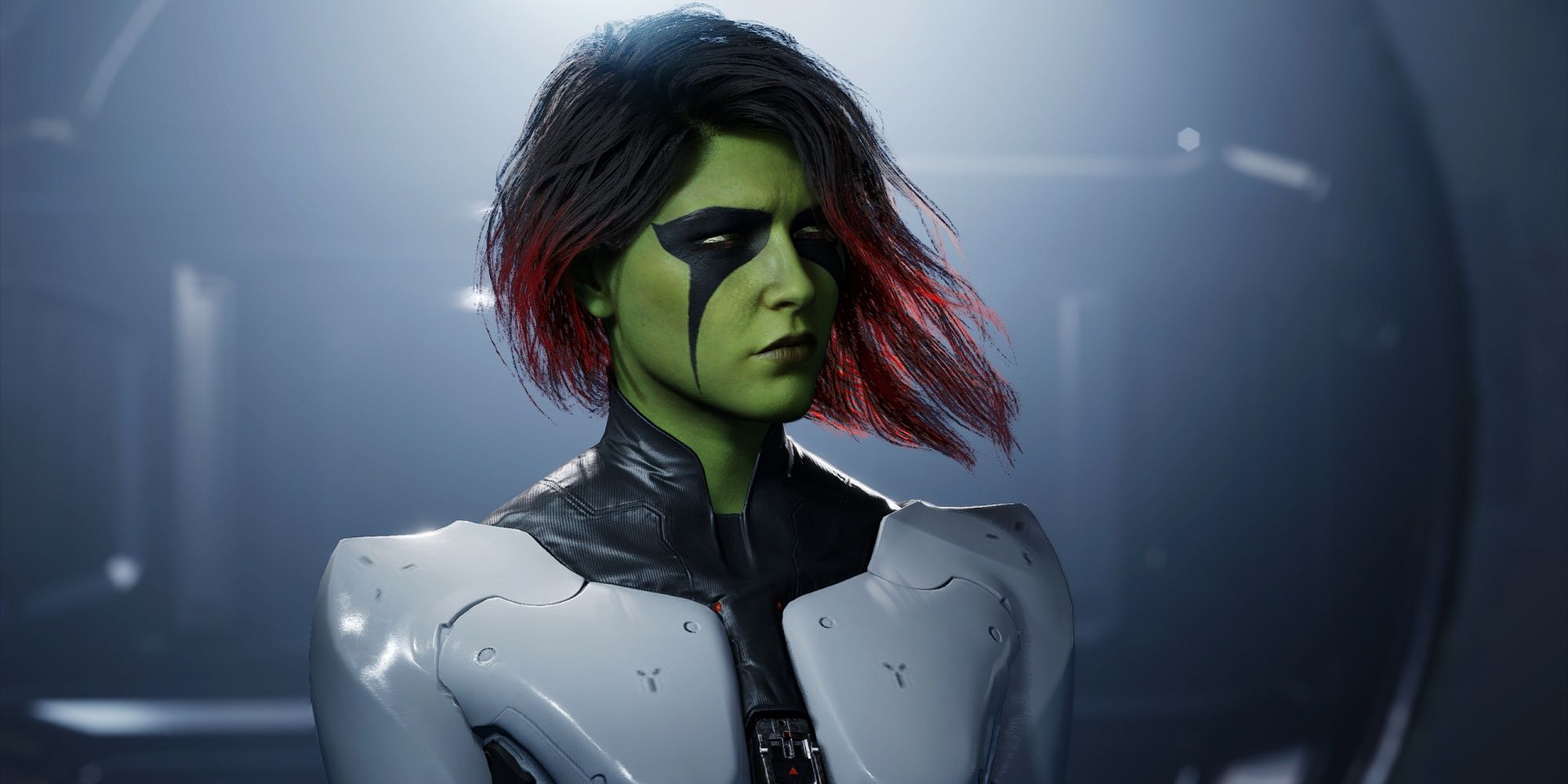 During the campaign, we find out that Gamora likes to collect dolls. However, the game doesn't really touch on that topic, and we're never given a proper explanation. Unless you go for the collectibles that trigger side conversations.

Gamora talks about how Thanos gave her and Nebula dolls just to teach them not to get attached to things, and the dolls remind her of her sister, hence why she made a collection. Really this shows how much she's been through and how terrible of a father the mad titan is. 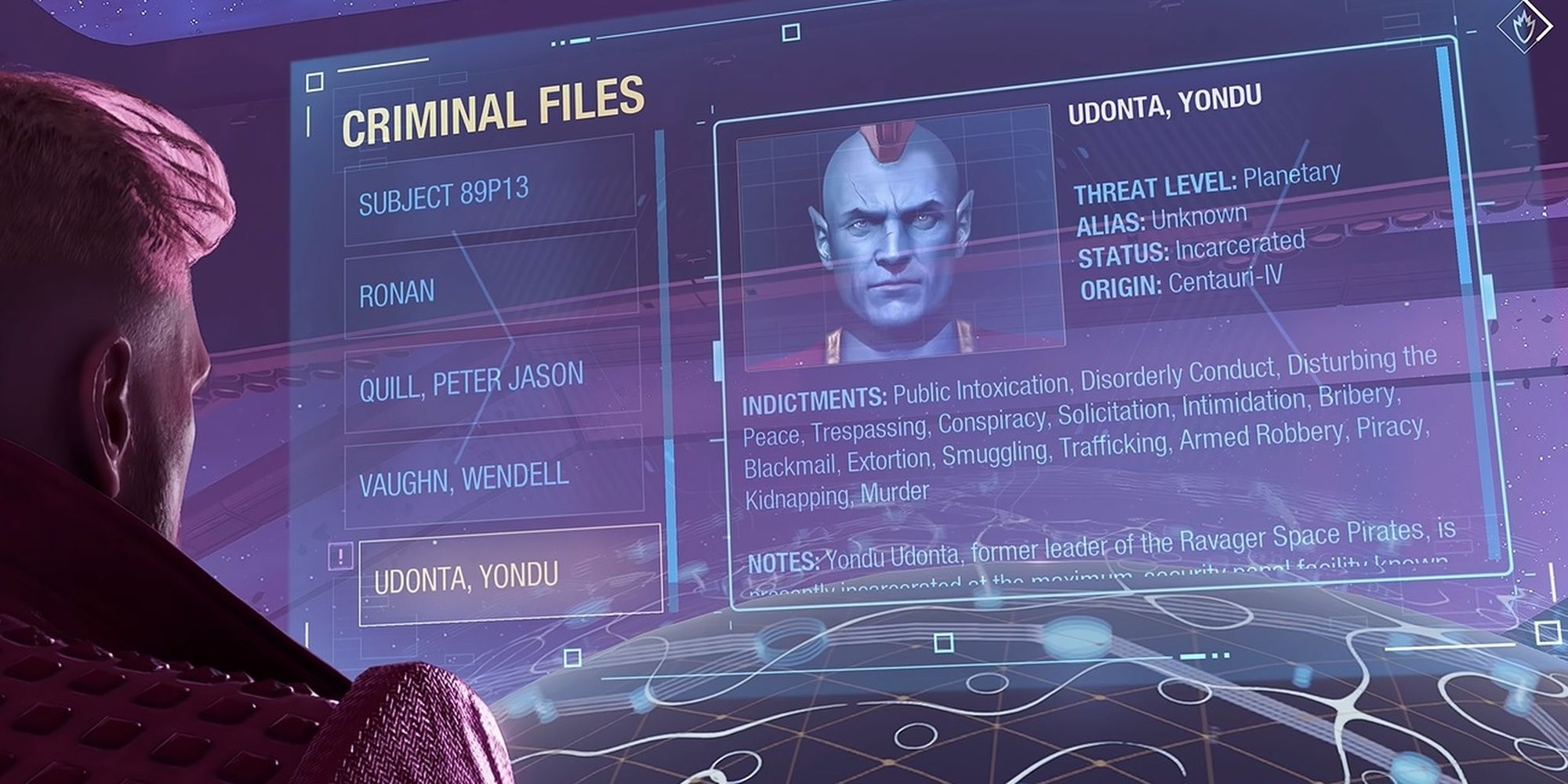 Our favorite whistling ravager and Peter's father figure in a way, Yondu doesn't appear in this game, but he does leave his mark. You can talk about it with Gamora, where Peter discusses how they met in a prison on Chitauri Prime, and how Yondu became Peter's space dad.

Also, during the main story (but in a conversation that can be missed) we discover that there was a bit of a falling out, and that Yondu is currently imprisoned in Kyln, a prison from the Nova Corps. Fun fact, as Rocket points out, Yondu placed a bounty on Peter, and that bounty is the reason he met Rocket and Groot.

5 How Peter And Gamora Met Mantis 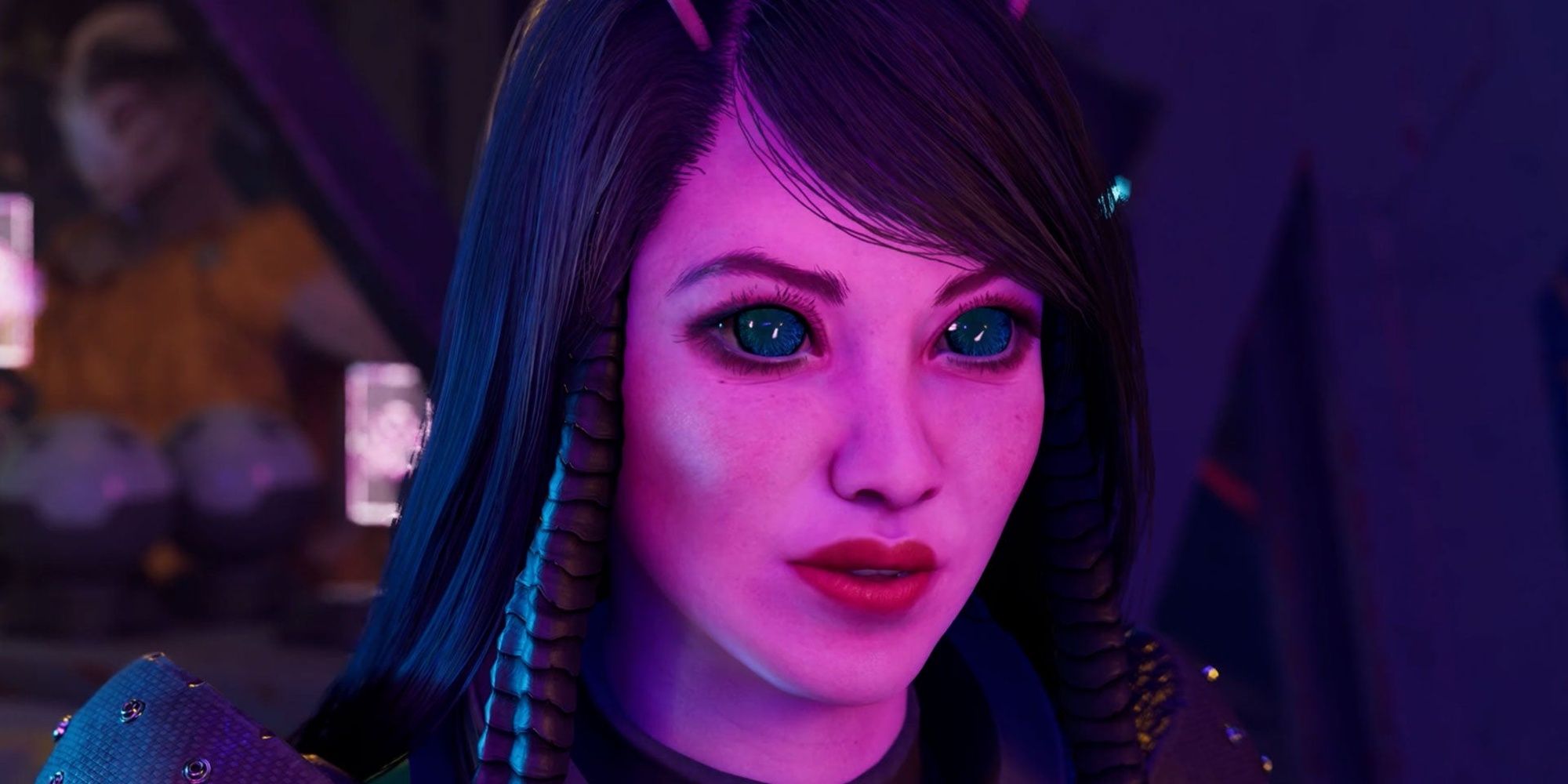 This game offers a much different version of Mantis, at least if you only know her through the MCU. With more powers, like seeing multiple futures, and pretty good hand-to-hand combat skills, the Celestial Madonna is one of the best side characters in the game.

She also already knows Peter and Gamora, and she's pretty close with the deadliest woman in the galaxy. During a side conversation you have with Gamora, Peter reveals he met Mantis by flirting with her in a bar (in good old Star-Lord fashion). As for Gamora, Mantis saved her life from an assassin who got way too close to getting the job done. Mantis also helped Gamora deal with her many traumas. 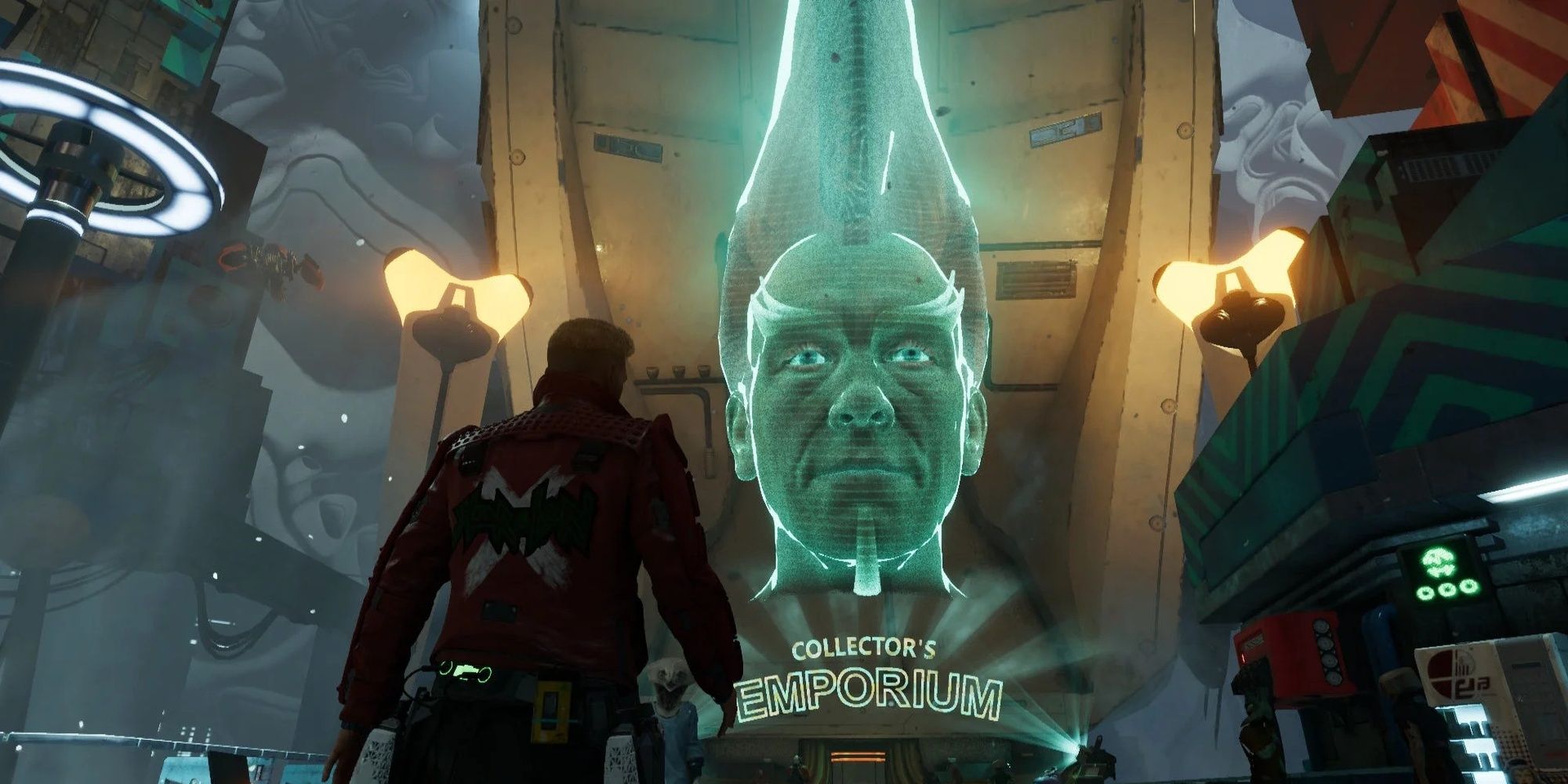 During the trip to Knowhere, you can find the Collector's Emporium. You have to be wary in case you want to go in since it usually costs money, something you need for the campaign (though it is possible to go in for fre if you know how).

There, you can find a plethora of Easter Eggs, including the cosmic cube, Throg, a spell book, a piece of Groot, and even a reference to the amazing Stan Lee. It's worth checking out, especially if you enjoy the comics since there are quite a few things there that haven't reached the MCU. Not yet, anyway.

3 Where Is Richard Rider? 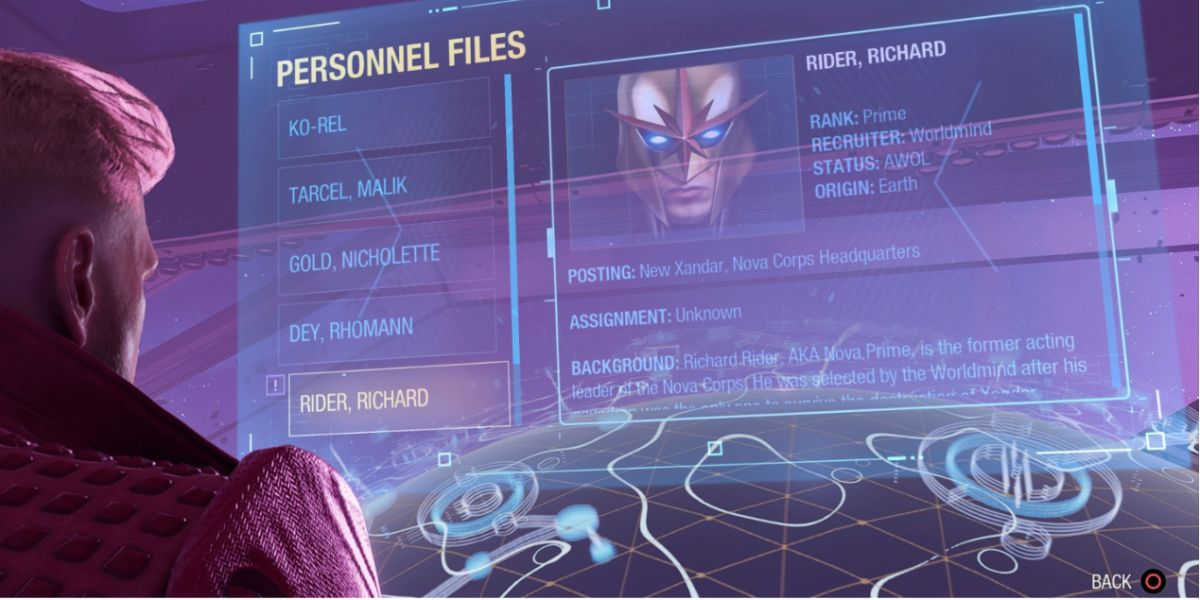 A name that gets thrown around a few times is Richard Rider, who comic fans will know as Nova and, to be fair, the game doesn't actually answer the question concerning his whereabouts, not even in side conversations. But you do get more information about his deeds if you pay close attention.

He led the Nova corps during the war, he and Gamora know each other extremely well (maybe a little too well, in fact), and he ditched his helmet at the Collector's Emporium and changed it to a version where he doesn't need to listen to the Worldmind. That could also be a topic to handle in a possible sequel. 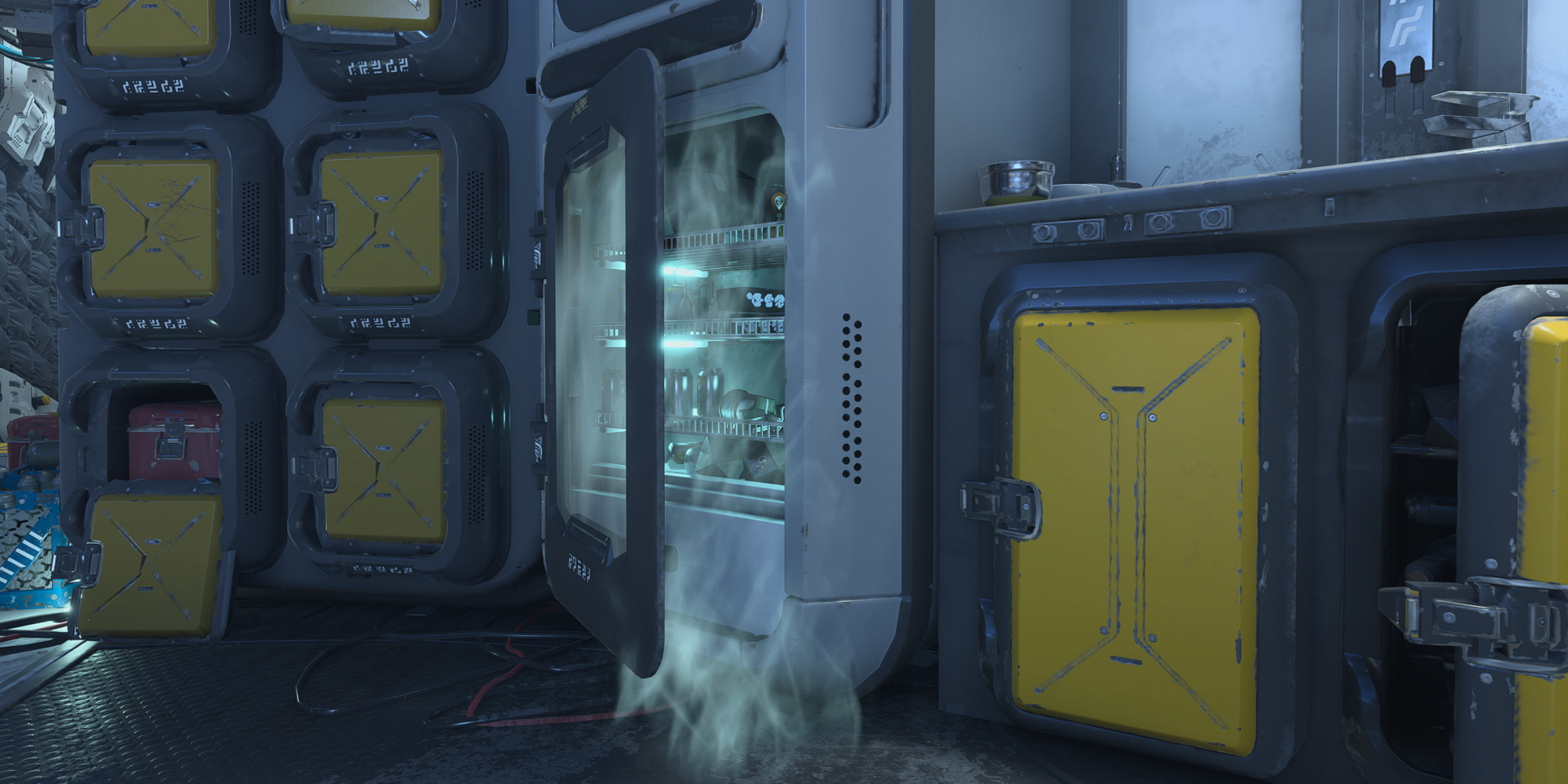 This one is essentially a gag since nothing big comes out from these conversations, but on the Milano, there's a fridge that is constantly open. You can shut it as many times as you want, it will still be open by the next time you get back there.

It also sparks funny conversations, with guardians blaming one another as to why the fridge is open. They sometimes shut it as well and even talk about how they always close it whenever they see it. In the end, our Celestial Madonna points out that the broken fridge door is a constant in time, thus it keeps opening.

1 Why Was Peter Taken To Space? 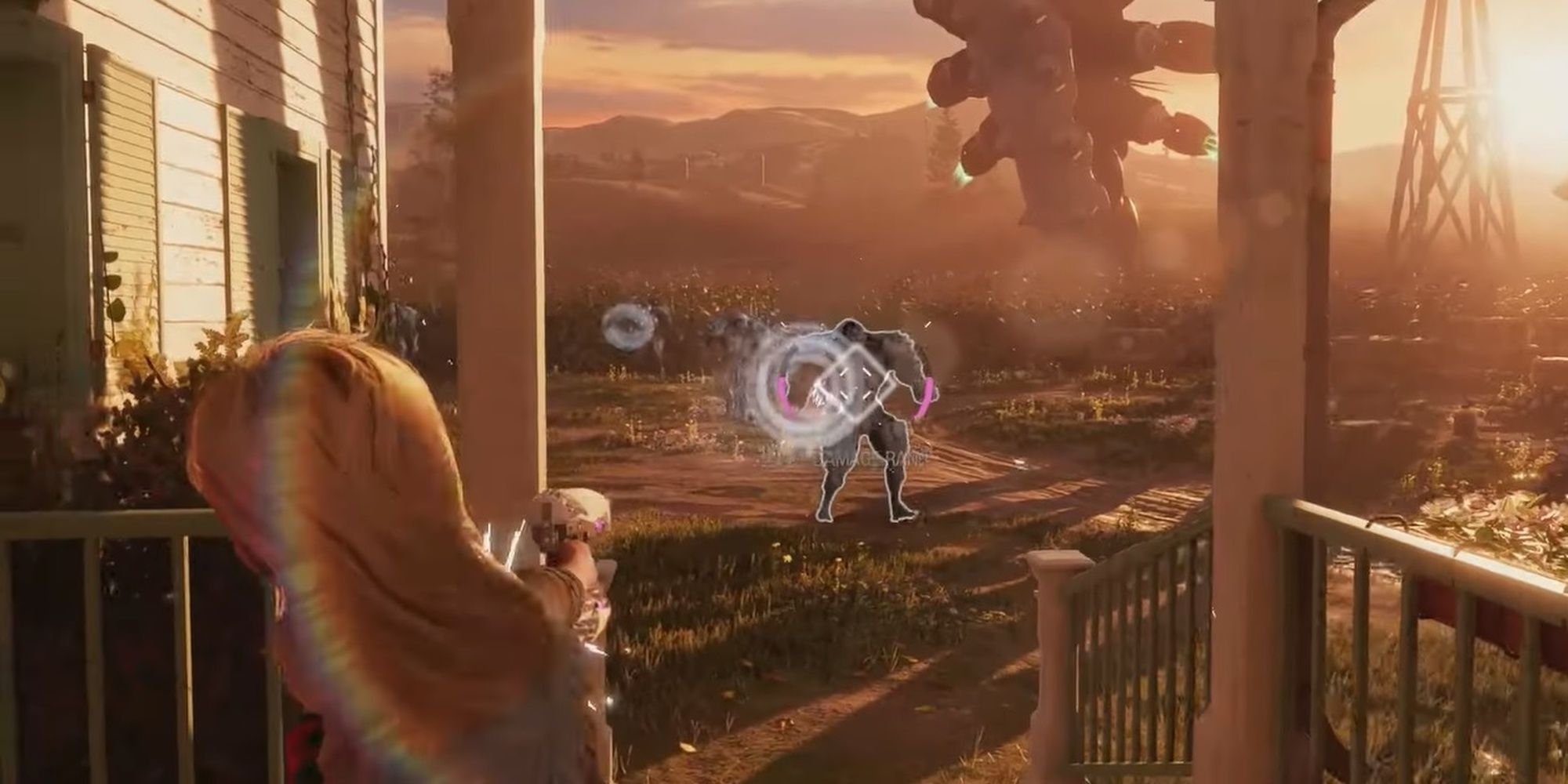 The game shows us the moment Peter was taken by the Chitauri, and it's one of the most dramatic scenes of the game. However, it doesn't get in full details as to why and, if you only follow the Guardians through the MCU, that's not really something easy to understand.

Essentially, Peter is the son of the King of Spartax, and his kidnap was a way to keep Spartax from joining the Resistance during the Galactic War the game mentions from time to time. This leads to Peter and Yondu escaping together and Peter joining the Ravagers.