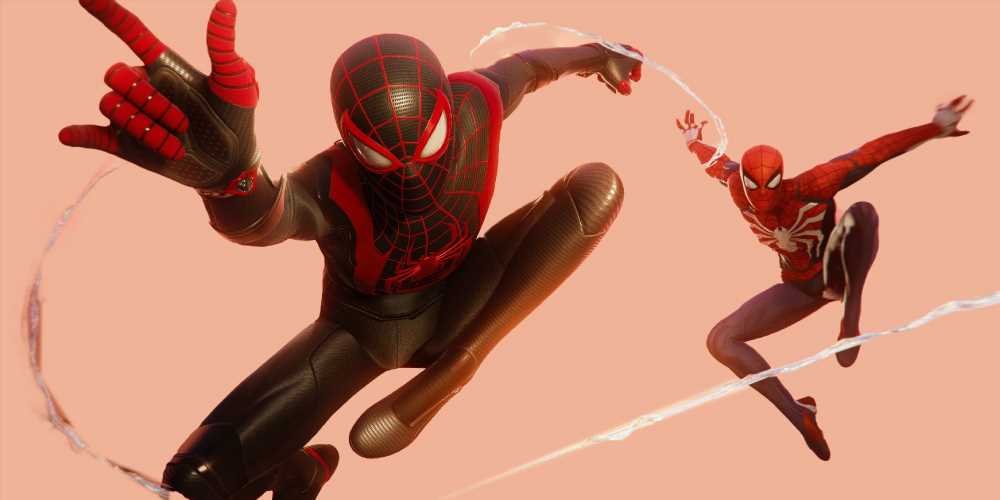 What's better than one Spider-Man? That's right, two Spider-Mans! Spider-Men? The PC port of Spider-Man Remastered is being datamined, and some information has been found that points to co-op or multiplayer either being cut from the remaster, or, more likely, planned for the sequel Insomniac is working on.

The possible leak was spotted on Reddit (via ResetEra), and shows some code within the game files that points towards co-op or multiplayer notifications. There are alerts for whether Peter Parker or Miles Morales – both in this sequel – become the Superior Spider-Man, and a "Superiror_Spider-Man_Winner_Message". Also, part of the code reads, "If set and in co-op," fueling this speculation that the game will have some sort of co-op feature.

Also found in the game's code were markers for Player 1, Player 2, Red Team, Blue Team, Character 1, and Character 2, further implying the possibility of a multiplayer mode. It could be a simple 1v1 mode, given there are two Spider-Men in the game.

As with any leak, however, this should all be taken with a hefty pinch of salt. This code could be left over from a cut or unfinished mode, some internal development testing, or any other number of non-co-op or multiplayer features.

Marvel's Spider-Man 2 was written about on the PlayStation blog and referred to as a single-player experience, which it still might be, but this could also have been written just to keep the inclusion of co-op a surprise.

With the inclusion of Venom as a villain in Spider-Man 2, and Subnautica: Below Zero writer Brittney M. Morris being hired to work on the game, we can be sure it'll be a much scarier tale than we experienced in the first.

Aiding this horror will be the terrifying voice of Tony Todd, the Candyman himself. It seems the legendary actor started motion capture work for the villain back in May. He tweeted, "Early riser. #Mocap time," which led many to believe he was referring to Spider-Man.