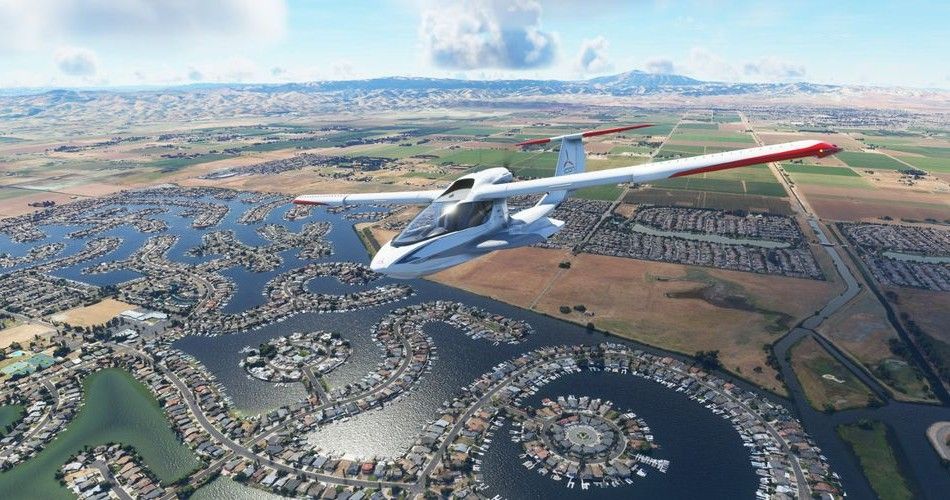 The download size for Microsoft Flight Simulator has been cut down from +170GB to just about 83GB thanks to a new patch. How did the developers do it? All the patch notes said was that the team “performed some optimization for the initial full download of the title”. So we assume it’s magic.

We’re not sure exactly what kind of optimization Asobo Studio has performed, but halving the total size of a game is no small feat. This is great for those of us who are plagued by storage issues or slow internet. Besides casually mentioning the game’s reduced download size, the patch notes also details changes made to the game’s navigation, weather, planes and bug fixes.

Last month, the game received a massive update which made improvements to monuments and terrains for France, Belgium, Netherlands, and Luxembourg. Before the update, many monuments in the region looked quite generic and lacked detailing. The update allowed us to have a better experience while flying over Netherlands’ famous windmills, the Rijksmuseum, Johan Cryuff Arena, and Rotterdam The Hague Airport. The Cathedral of Our Lady, Tournai Cathedral, Palais de Justice of Brussels in Belgium, and the Vianden Castle and d’Coque Centre National Sportif and Culturel in Luxembourg were also revamped.

France received the biggest makeover, with a ton of geographic regions tweaked to look more like the real thing. Strasbourg Cathedral, Chateau de Chenonceau, the Eiffel Tower, Arc de Triomphe, and a number of other monuments were also worked on as a part of the update.

It’s a pretty well sourced project, which allows you to choose a POI from the back-end and write-up a description about it. The team has also sourced a text-to-speech AI that then creates the audio based on your written description.