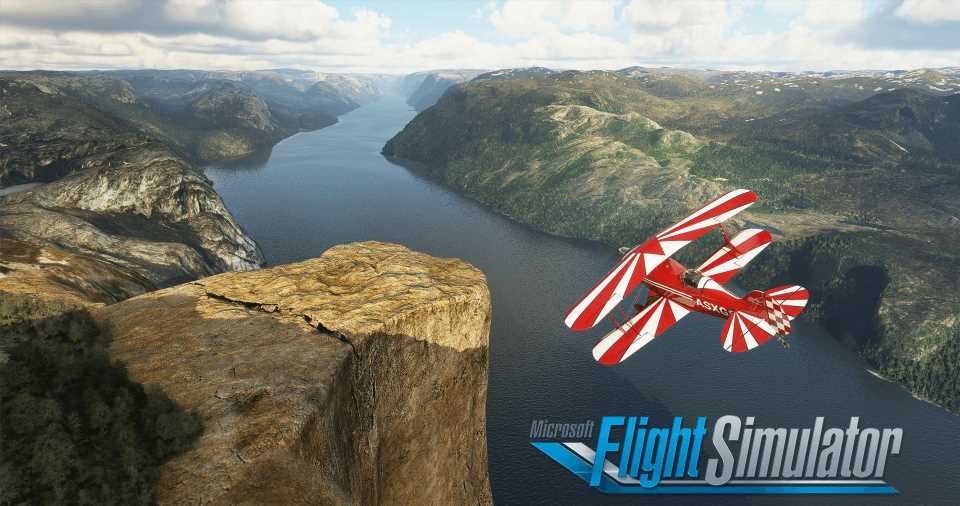 Like a number of video games over the past two years, it seems Microsoft Flight Simulator has also joined the Viking raiding party. More specifically, the game’s World Update 5 will be targeting improvements towards Nordic countries.

Denmark, Finland, Iceland, Norway, and Sweden will be getting visual overhauls for various points of interest and will be “rendered in its most realistic fidelity yet,” according to the patch notes. As part of the update, detailed improvements have been made to the region’s gorgeous landscape, with further enhancement to its architecture.

“Simmers can take to the northern European sky and explore vast fjords, intriguing urban vistas, domineering peaks, and centuries-old castles from within the cockpit,” add the notes notes. 100 airports and 77 points of interest will also receive improved data, along with a bush trip for each of the countries to showcase what they have to offer.

Five new landing challenges will also come with the update, along with a range of weather conditions to truly test your skills. Denmark’s Bornholm, Iceland’s Ísafjörður, Sweden’s Stockholm Arlanda, Norway’s Svalbard, and Finland’s Vaasa, have all been carefully replicated by hand for maximum realism during these challenges.

Getting into particulars, the update adds Swedish, Norwegian and Finnish as localized languages along with updated aerial imagery and elevation data for each of the countries. The revamped points include Roskilde Cathedral , Ǿresund Bridge, and Amalienborg in Denmark; Helsinki Cathedral, Petäjävesi Old Church, and Turku Cathedral in Finland; Hallgrimskirkja Church , Hvitserkur, and Perlan in Iceland; Arctic Cathedral, Heddal Stave Church, and Nidaros Cathedral in Norway; and lastly, Frederik Church, Church of Holy Trinity, and Kiruna Church in Sweden. These are just a few from a total of 77 unique points of interest.

Last week’s Microsoft and Bethesda E3 showcase revealed that the game will be coming to Xbox Series X|S and Xbox Game Pass on July 27. The announcement also revealed a very fitting collaboration between the game and the upcoming Top Gun Maverick movie. The free expansion will land in Fall 2021 and seems to include some of the iconic aircrafts from the movie.

An update that came out for the game last month significantly reduced its size from +170GB to just about 83GB. While the devs didn’t go into specifics about how they managed this, the patch notes mentioned “performed some optimization for the initial full download of the title”.