E3 2019 starts with its strongest foot forward this year. The next two days will play host to many more press conferences, from Bethesda and Ubisoft and Square Enix and more, but all eyes were on Microsoft headed into this event. Why? Because Sony skipped this E3, and this is the year Microsoft talks about its next-gen consoles.

Microsoft didn’t reveal much about “Project Scarlett,” the next-generation Xbox hardware, though it provided some tantalizing hardware teases and a holiday 2020 release date. We’ve broken that information out into a separate article about Project Scarlett and xCloud, Microsoft’s game-streaming service. And before the show kicked off, the company released Xbox Games Pass for PC for $10 per month, though it’s debuting at a mere $5 per month.

But E3 is about games, not just the hardware those games run on. And Microsoft revealed a slew of them. Here’s a rundown of all the major announcements from Microsoft’s E3 2019 press conference.

First up, a new trailer for Obsidian’s next RPG, Outer Worlds. Once again it’s more flavor than actual game, with footage of space fascists and art deco and some very Fallout: New Vegas-looking conversations. I’m pretty damn excited for this one though, and we’re due to see a longer demo during the show this week. Look forward to more impressions from us then.

Microsoft’s Ninja Theory acquisition finally pays its first dividends with Bleeding Edge, which looks um…a lot like Battleborn, Gearbox’s famously short-lived multiplayer shooter. I don’t think that’s actually what it is, but the hero art style is very reminiscent. Check out the stylish trailer above, but I’ve barely seen enough of this one to know what I’m in for. Some sort 4v4 combat game?

I thought Ori and the Will o the Wisps would be out by now. We’ve seen it at a few E3s now, and even played it last year. Alas, no. All we can do is stare at another gorgeous trailer and wait for the day when it finally arrives. Hopefully soon.

Mojang is making a new game after all these years! A decade after the release of Minecraft, we’re getting Minecraft Dungeons—basically Minecraft‘s voxel artwork but with a Diablo-looking action-RPG tied to it. It looks pretty neat, even if nothing too unique. It’ll have 4-player co-op both locally and online.

We already got plenty of footage of Respawn’s Jedi: Fallen Order yesterday—check out our hands-on preview impressions here. Spoiler: It looks okay. Microsoft put out another quick-hit trailer though, with some footage of the AT-ATs I mentioned in our write-up.

Our first “World Premiere” note of the night, we’re getting…a Blair Witch adaptation? And by Bloober Team, the developers behind the superb Layers of Fear 2? At first I thought it was simply a found footage horror game in the style of Blair Witch, but no, it’s an official adaptation. That’s potentially interesting, even if I feel like Outlast‘s already done that idea twice now and robbed it of some of the surprise. We’ll see.

It’s safe to say CD Projekt’s Cyberpunk 2077 is one of the most anticipated games of 2019 and any footage will be scrutinized to death over the next few weeks. That includes this new trailer that popped up at Microsoft’s press conference, which gives us a look at a deal gone wrong, plus our first glimpse of those iconic arm-blades from 2013’s reveal trailer in action. Even better? Keanu Reeves is apparently playing a role, probably the best celebrity tie-in I could imagine.

And best of all? We got a release date: April 16, 2020. That’s way sooner than I expected. I thought this was a next-gen game for sure.

Last year Microsoft announced it was finally resurrecting cult classic Battletoads. This year we finally got a look at what that means—and it certainly looks like Battletoads, long tunnel rides and all. Quick, somebody call GameStop and ask if they have copies yet.

This was an unexpected inclusion in Microsoft’s big press conference: Microsoft Flight Simulator is getting its first new entry since 2006’s Microsoft Flight Simulator X. Fly planes! Crash planes! Buy a flight stick! Get way too invested in this hobby! You know, the usual. It’ll be interesting to see how Microsoft plans to stand out, given X-Plane and the rest of the competition have continued iterating all the ensuing years.

I’m not sure what Age of Empires II: Definitive Edition could do to win me over from the not-that-old Age of Empires II HD, but I’ll give it a shot I guess. 4K visuals and remastered audio is enticing, but not exactly as eye-opening as the remaster that already exists. This certainly isn’t as interesting as last year’s remaster of the original Age of Empires, even if I like Age of Empires II more.

Sequel to our 2014 Game of the Year, Wasteland 3 is due to release sometime soon and we got our first real look at it today. It’s apparently set in snowy post-apocalyptic Colorado Springs and the surrounding area, an interesting change of pace from the usual desert-apocalypse settings. Everything looks so bright and colorful here, and I’m very curious to see whether InXile can sand the rough edges off the last one to let the writing really shine.

First, the big news: Microsoft added another stable to its first-party lineup, and it’s Double Fine, the creator of Psychonauts, Brutal Legend, and Broken Age. Between Double Fine, InXile, and Obsidian, Microsoft’s slowly acquiring all the noteworthy pseudo-indies. Oh, and there’s a new trailer for Psychonauts 2 as well, which is now presumably a Microsoft exclusive as well.

It’s been approximately 15 years since the original Lego Star Wars, a game that launched an entire genre. There have been a couple of movies since then though, and so we’re now getting The Skywalker Saga, a new-and-old Lego Star Wars that brings together adaptations for all nine mainline films. I wonder whether this marks a return to the original voiceless Lego game style as well. I hope so. 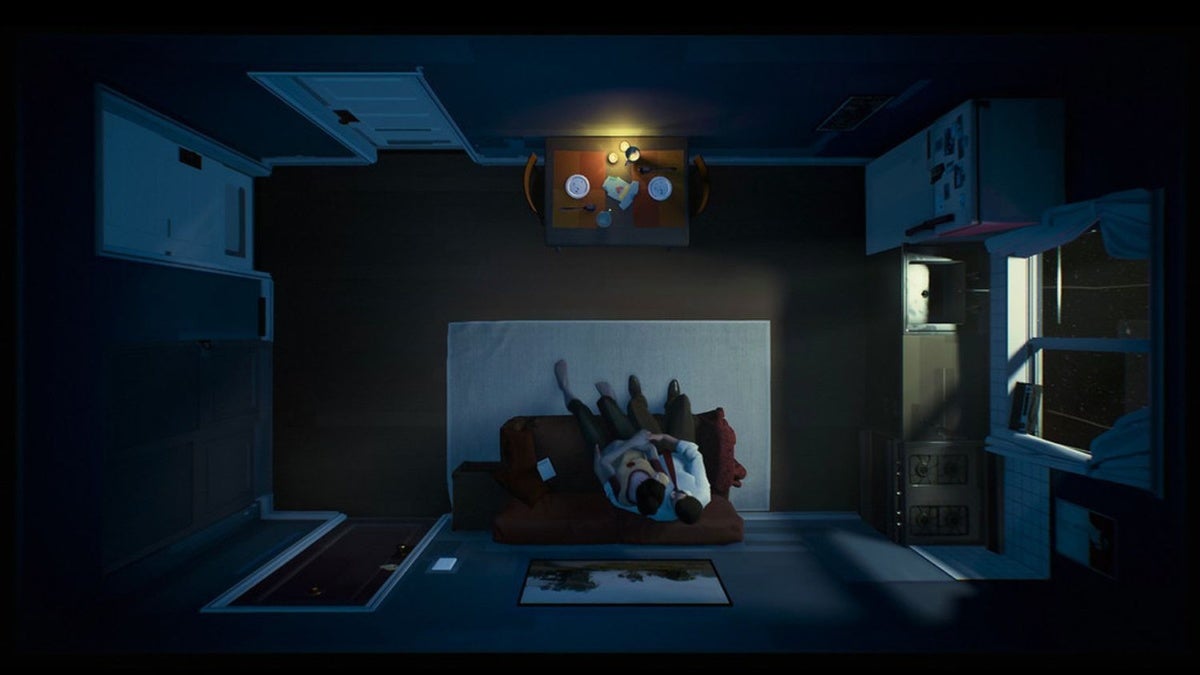 Annapurna’s loving time loops. After recently publishing Outer Wilds, it’s now publishing 12 Minutes as well, an “interactive thriller” that presumably centers around a 12-minute time loop, and the couple trapped within. Looks like yet another strong bet by Annapurna.

As expected, Microsoft devoted quite a bit of time to Gears 5, which is most likely its last major Xbox One exclusive before the console generation changeover. The focus this year is Escape, a three-person co-op mode that sounds almost like user-generated Horde Mode levels—playable in couch co-op too, from the sound of it. That’s neat, even if less likely to happen on PC.

Finally, the long-rumored Xbox Elite Controller redesign is here. One of my favorite controllers of all-time, the new Xbox Elite comes with both a rechargeable battery and the Bluetooth connectivity added to the baseline Xbox One controllers a few years ago now. That, combined with the same interchangeable analog sticks, D-pad, and so on should make this the best version of the best controller on the market, which is an exciting prospect indeed.

Another game arriving before I expected, Dying Light II will also be arriving in April 2020 alongside Cyberpunk 2077. It’s going to be a great month for fans of long, adaptive stories who have uh, 200-odd hours to set aside.

First Forza Horizon did Hot Wheels. Now it’s doing Lego. The next Forza Horizon 4 expansion is Lego-themed, with blocky versions of cars and tracks that look really damn cool. And in usual Microsoft fashion, there was a blocky life-sized Lego McLaren on-stage for the presentation as well.

State of Decay 2 is receiving an expansion as well, a year after release. Dubbed Heartland, it looks like it adds two unique stories to the pool, plus a batch of new zombies—and it’s available now, so just go play it if you’re intrigued.

Phantasy Star Online 2 has been out since 2012, but never officially in English or in the United States. Microsoft is changing that, bringing it over at long last, seven years later—which seems appropriate, given the original PSO‘s importance to the Dreamcast and early Xbox.

I’m not sure the industry really needs another game with bearded soldiers and jet planes, but uh…Smilegate is making one, dubbed Crossfire. That’s about all we know right now, so I certainly hope there’s a cool hook we just haven’t seen in this trailer. All we’ve seen here is knockoff Call of Duty.

Bandai Namco’s whole lineup leaked before E3 so we knew this was coming, but Tales of Arise will be here in 2020, next in the long-running series and the first since 2016’s Tales of Berseria.

I’m sure everyone’s seen enough Borderlands 3 at this point to know whether or not they’re interested, but it showed up at Microsoft’s press conference (where else?) with another tightly-edited trailer that’s light on actual game footage. We got a look at every class’s powers this time, including one who can make a hologram version of themselves and another who…sprouts four arms?

We’re due to get some hands-on time with this one later in the week, where I’m hoping to get more of an idea what Borderlands actually plays like in 2019 before this fall’s release.

One of my most anticipated reveals of E3 2019, Elden Ring is the George R.R. Martin and From Software collaboration that leaked last month. It looks fantastic, with some eye-catching monster designs and incredible looking environments. After years of Dark Souls, it’s been neat to watch From branch out again with Sekiro and now Elden Ring.

And as you might expect, Microsoft closed out with Halo Infinite—which we also now know is an Xbox Project Scarlett launch game, due at the end of 2020. The trailer seems to indicate Master Chief lost and that humanity has fallen, an ominous start coming off the back of Halo 5. A broken Halo ring, Master Chief left for dead, these images and more are in what’s easily the most interesting Halo trailer since probably 2013’s desert-set Halo 4 teaser.

That’s Halo though, always nearby when Microsoft needs to sell a new console. Hopefully 343’s changed the formula enough to return the series to prominence, especially given this is the first Halo due to hit PC day-and-date in 15 years.