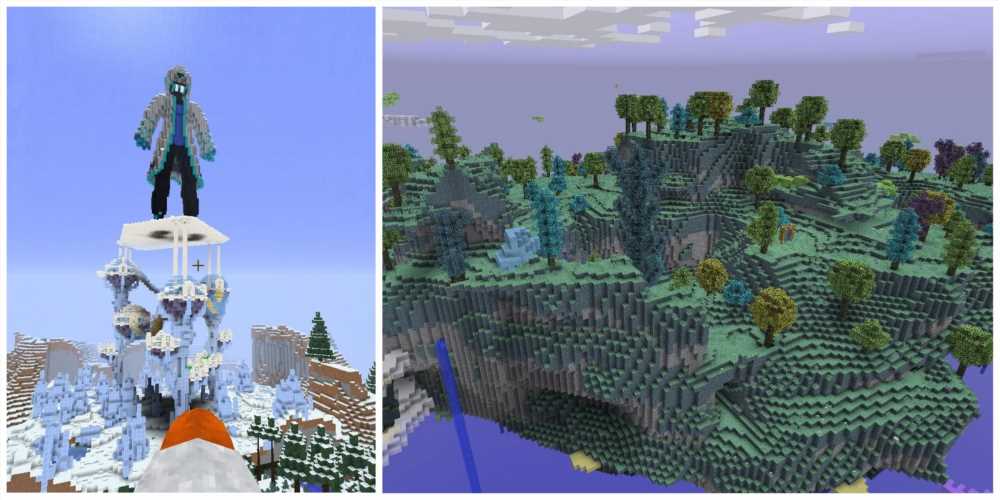 RLCraft is a mighty modpack, adding thousands of hours of content to the beloved Minecraft game. RLCraft actually stands for Real Life Craft, as there is a lot more realism to your Minecraft world now, including thirst, temperature, seasons and the inability to punch a tree into submission.

It can be overwhelming to decide what to even do, as across its 126 mods, RLCraft adds stacks of challenging mobs, brand new mechanics, dungeons, and amazing structures. A new player is going to die – a lot – but once you've struggled to your feet, there are so many fun challenges to accomplish and useful goals to achieve. This list suggests only ten of them, and the rest is up to you to uncover. 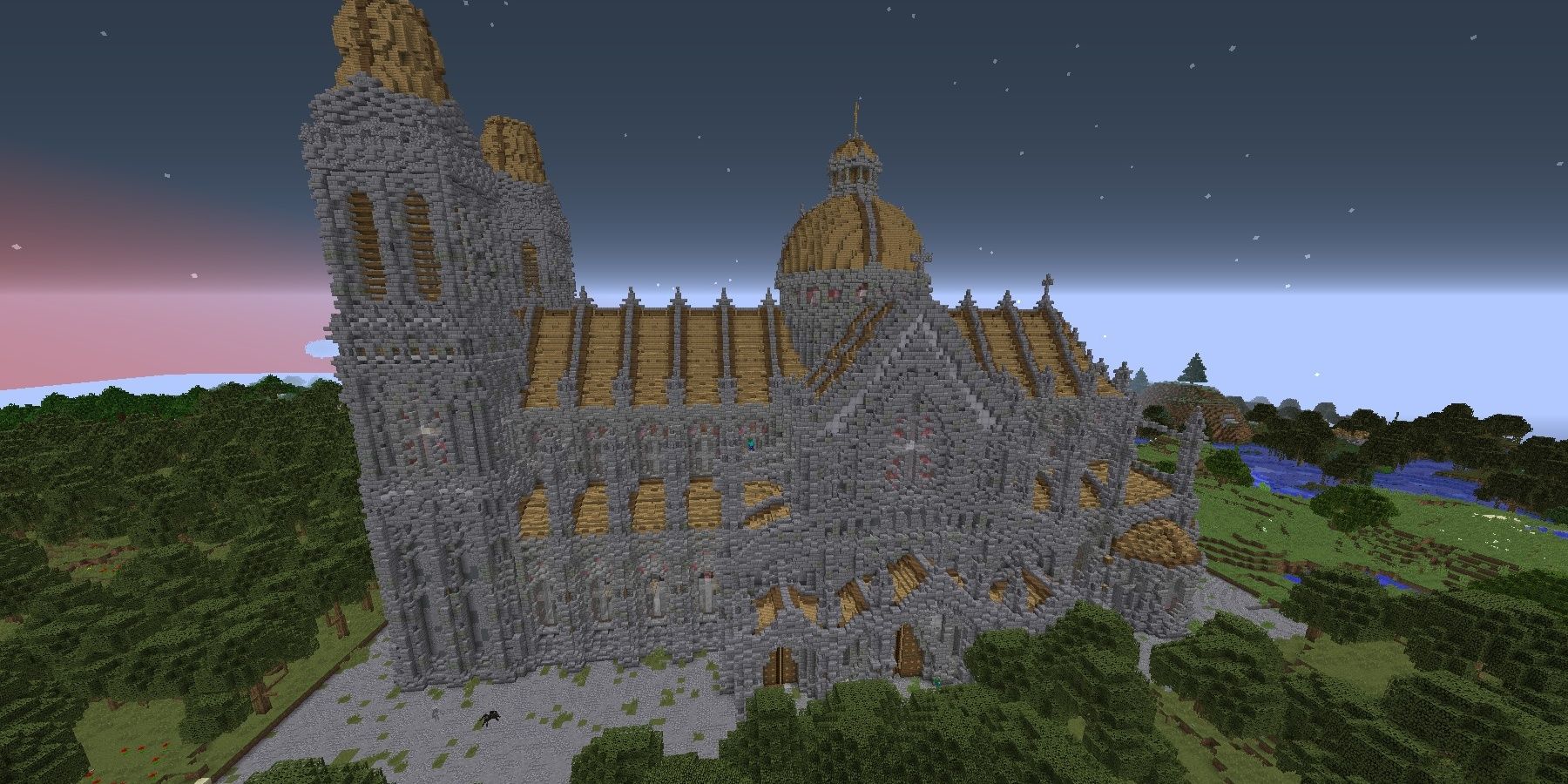 When everything wants to kill you, and even needing to go to bed to avoid summoning a demon, it's a very good idea to have somewhere safe to run (or warp) back to. RLCraft boasts a huge number of premade homes that players can run into while running through the landscape.

Some are very simplistic, offering a roof, a bed and sometimes a chest to hide the loot you've managed to acquire. Whereas other structures can be entire medieval villages, including your very own castle and villager subjects.

Building your own home is a good idea too, but make sure you choose non-flammable materials. Make sure to scout the biomes first, as Dragons have fairly large territories, and they will protect their hoard viciously.

9 Max Out Your Armor 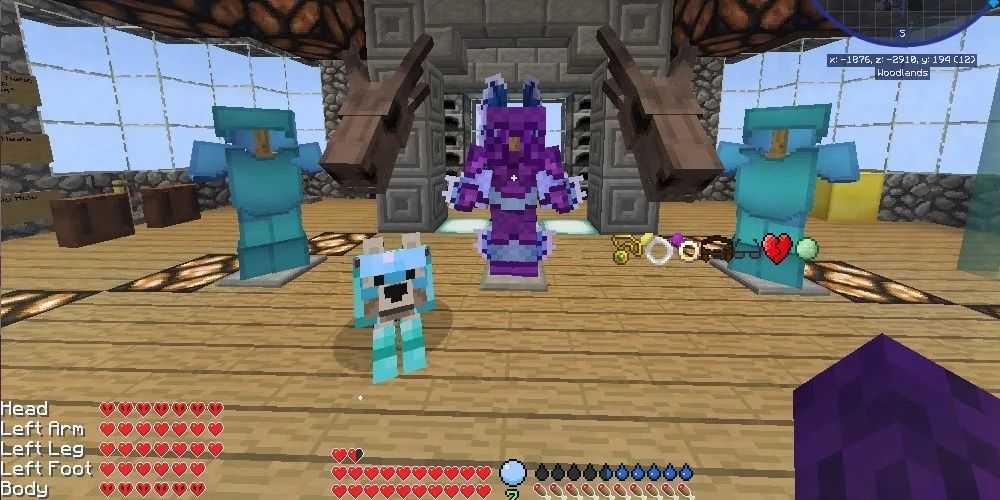 Armor is much more exciting in RLCraft than vanilla Minecraft, as it can be crafted out of great foes you fell. Different materials grant the player different boons, with Sea Serpent Scales forming Tide Guardian sets with Respiration and Depth Strider abilities built-in. If you manage to down a Dragon, make sure to right-click the corpse to take every scale, enough of which can make Dragon Armor of specific colors and provide fire resistance.

Enchantments are way more varied in this modpack too, with advanced protection being the best you can apply to your armor, along with Advanced Feather Falling, Strengthened Vitality, and Agility for your legs. Currently, the strongest armor to be found is the Golem Armor, requiring Runes to be collected and red in order to reveal the items required to craft the armor. Place these around a diamond armor piece you want converting in a crafting table, and you'll be able to craft its golem equivalent. 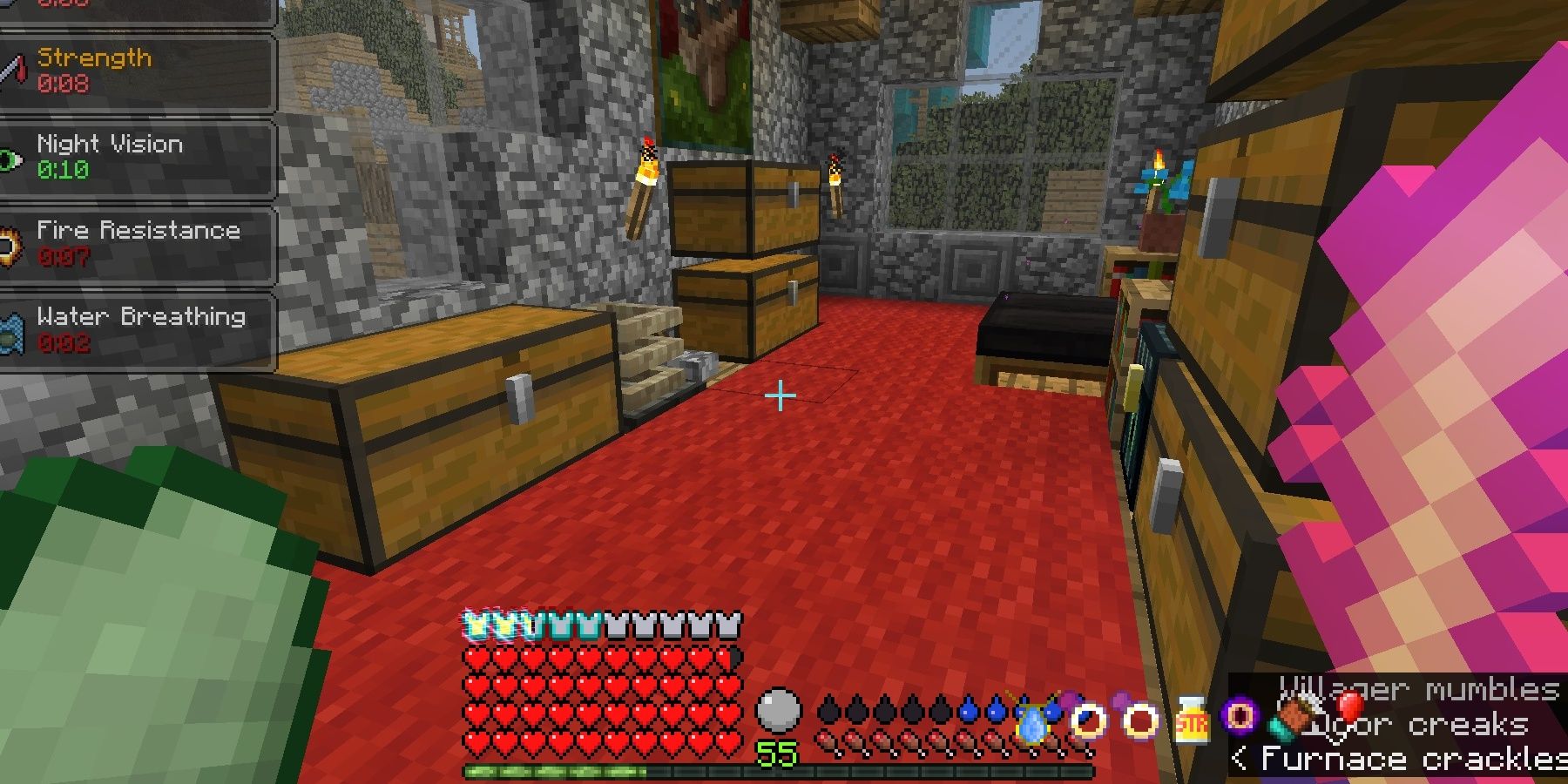 This may not sound very exciting and a little obvious, but the benefit of having a lot of hearts is unmatched. Enchantments such as Strengthened Vitality will increase the health you have depending on the hearts, so these go well together. To vastly improve your chance of survival, you should keep an eye out for Heart Dust, Heart Crystal Shards and Heart Containers.

These can be found in loot chests and dropped when destroying mob spawners. Heart Crystal Shards appear as a vein around diamond level too, so use a Fortune-enchanted Pickaxe when you find one to harvest as many as you can. 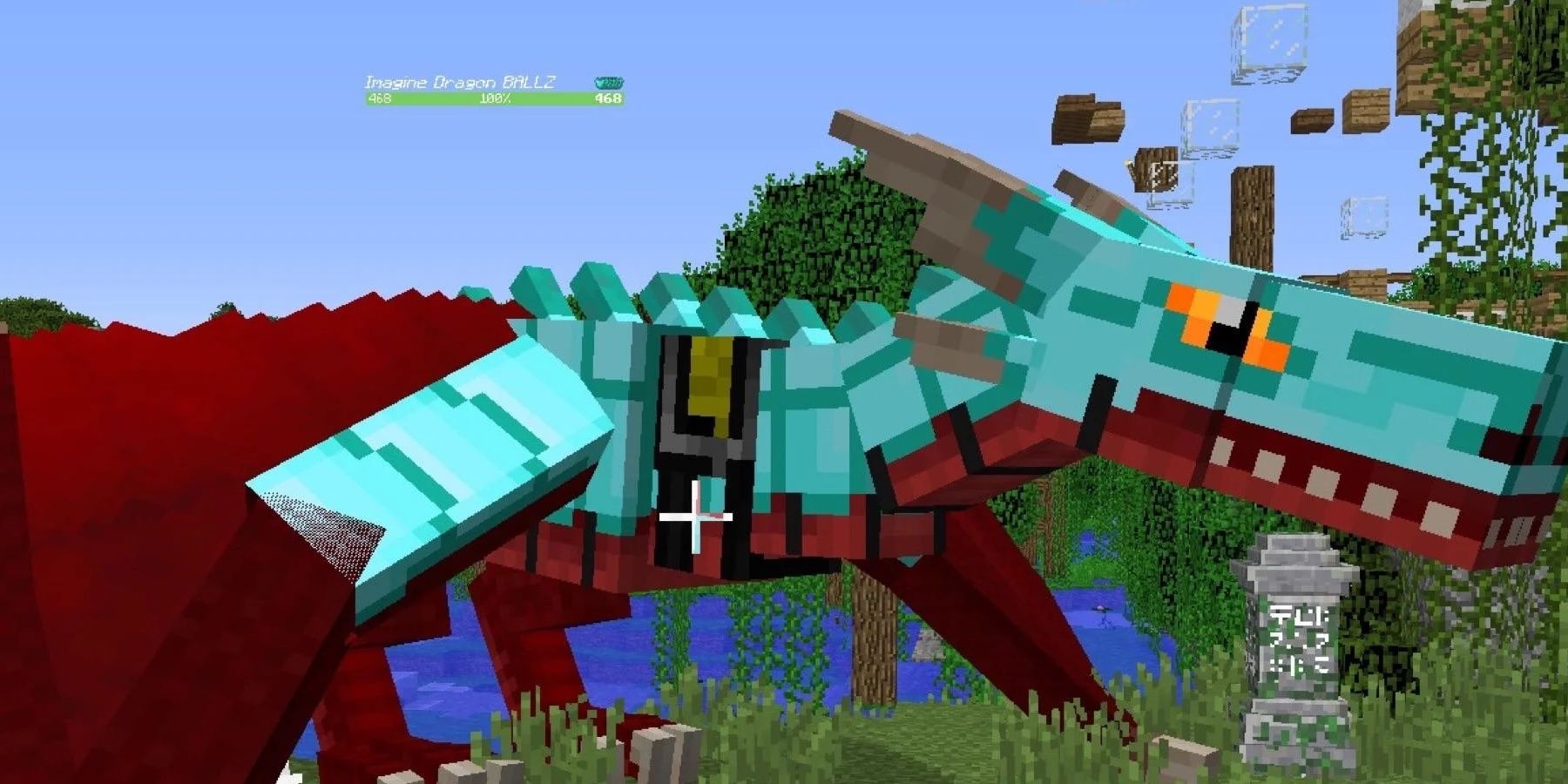 It's a big job, but someone's got to do it. RLCraft introduces flying and swimming mounts to the game, some of which can be summoned using a Summoning Staff and some which act more like vanilla mounts. Dragons, for instance, require Dragon Treats to be tamed, and can then be flown around the Overworld, laying waste to it at your will.

Other mounts are easier to tame and still provide decent buffs for their owner. Salamanders can swim through lava while giving their rider Fire Resistance, useful for traveling through Nether lakes. A Roa is at the other end of the spectrum, taking the player through the dangerous oceans at break-neck speeds while allowing you to breathe normally. It will take a long time to find and tame every type, but think of how cool your menagerie will end up. 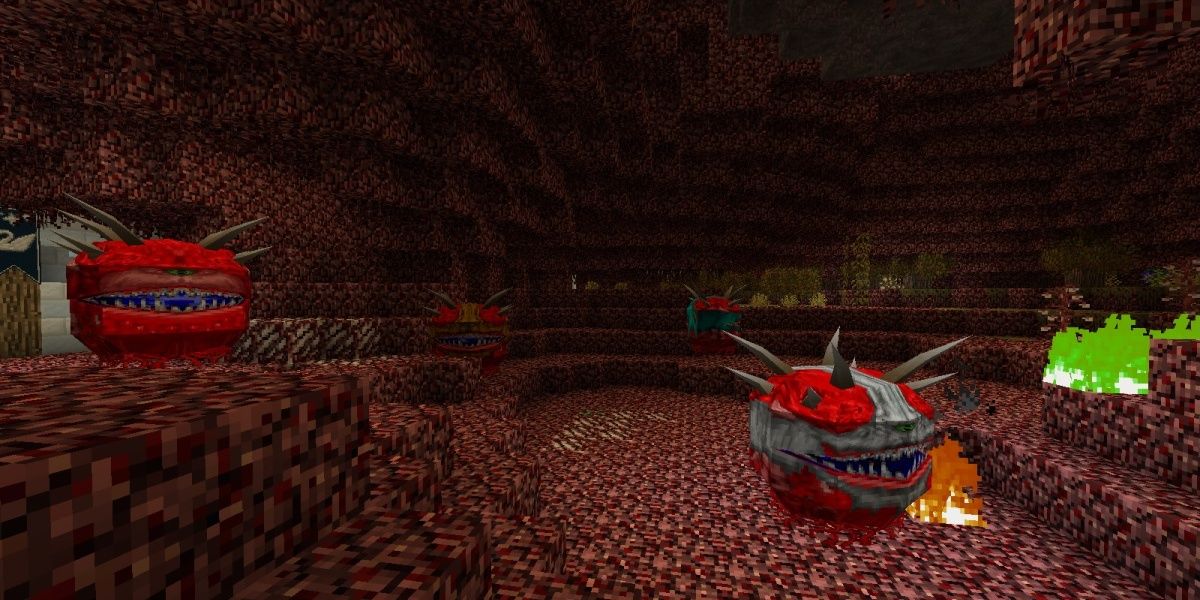 The Nether has never been the easiest place to survive, but with the RLCraft make over, it's basically impossible. You'll need Fire Resistance, Advanced Protection, cooling liners, and good mounts to traverse this hellscape. Unfortunately, it's the best place to gather some important materials, such as Cincinnasite, Nether Wart, and Blaze Rods.

Nether-specific dungeons pop up here too, looking similar to vanilla Nether Fortresses but housing Wither Spawners, Trites and Magma Cubes, and with loot ranging from a measly loaf of bread to a ready-made Beacon. Flat, open areas are often littered with Behemoths and Pinkies, both of which cause a lot of damage. The payoff is great, though, as Pinky farms are a great food source. 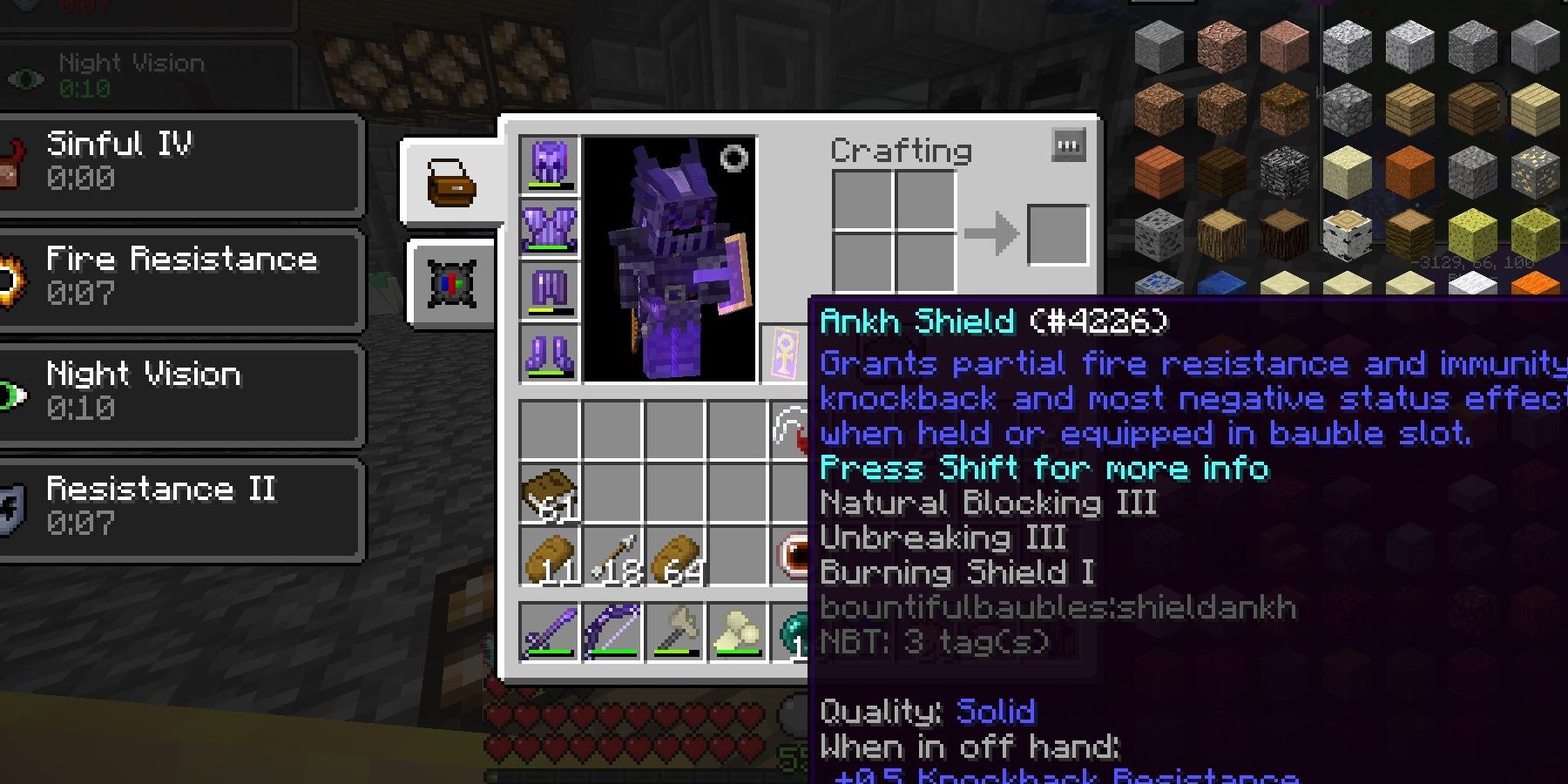 Baubles are items that provide buffs and have their own Bauble slots accessed in the inventory. Some can be crafted, some found, and some require a combination of weaker Baubles to create something more powerful. Terraria's accessories have been a big influence on the Bountiful Bauble mod, contributing items such as the Ankh Shield, a Balloon that causes you to fall slower and jump higher, and Bezoars that provide immunity to poison.

Most Baubles also have qualities, again similar to reforging in Terraria, that have positive or negative effects on the player when equipped. The ultimate Bauble is often cited as the Ankh Shield due to all the buffs it has, alongside the Dragon Eye, which causes Fire Resistance and Night Vision, and can be used to find valuable veins of ore. 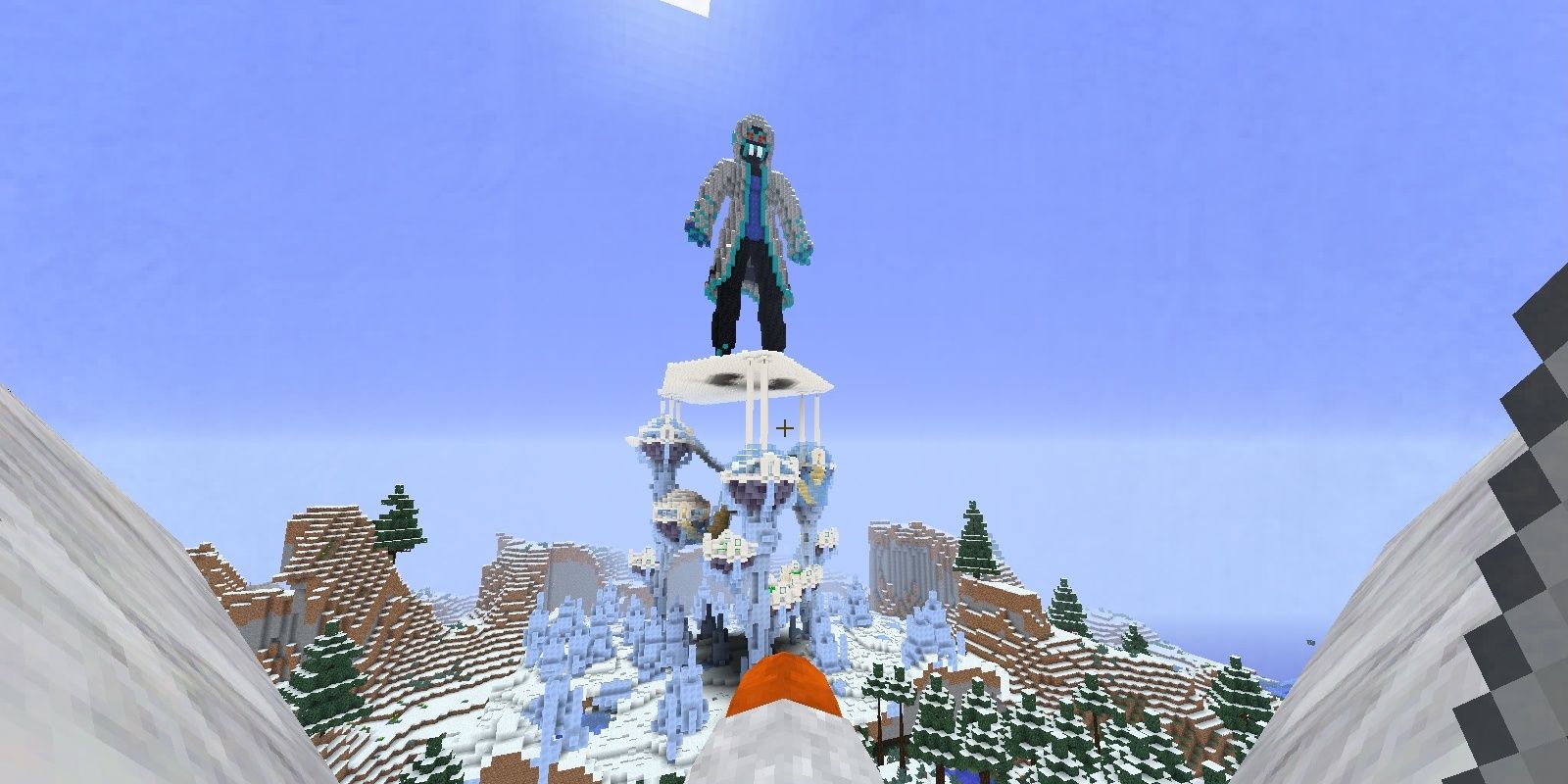 Among the hundreds of structures this modpack introduces, there is one generally accepted as the most rare and difficult to find. Shivaxi's Monument stands incredibly tall and is dedicated to the mod's curator, Shivaxi. Players travel millions of blocks hoping to find it, particularly paying attention to the icy biomes where it spawns.

It's not just about Shivaxi's pretty face either, as the floating orb-like huts contain some of the best game loot available. For those that enjoy completing collections, this is a great place to find Teal Sea Serpent Scales to craft the teal armor set. There's also a makeshift fridge containing a stack of each overpowered food item in the modpack. Enchanted tools, rare Baubles and valuable ores can also be found in these four containers. 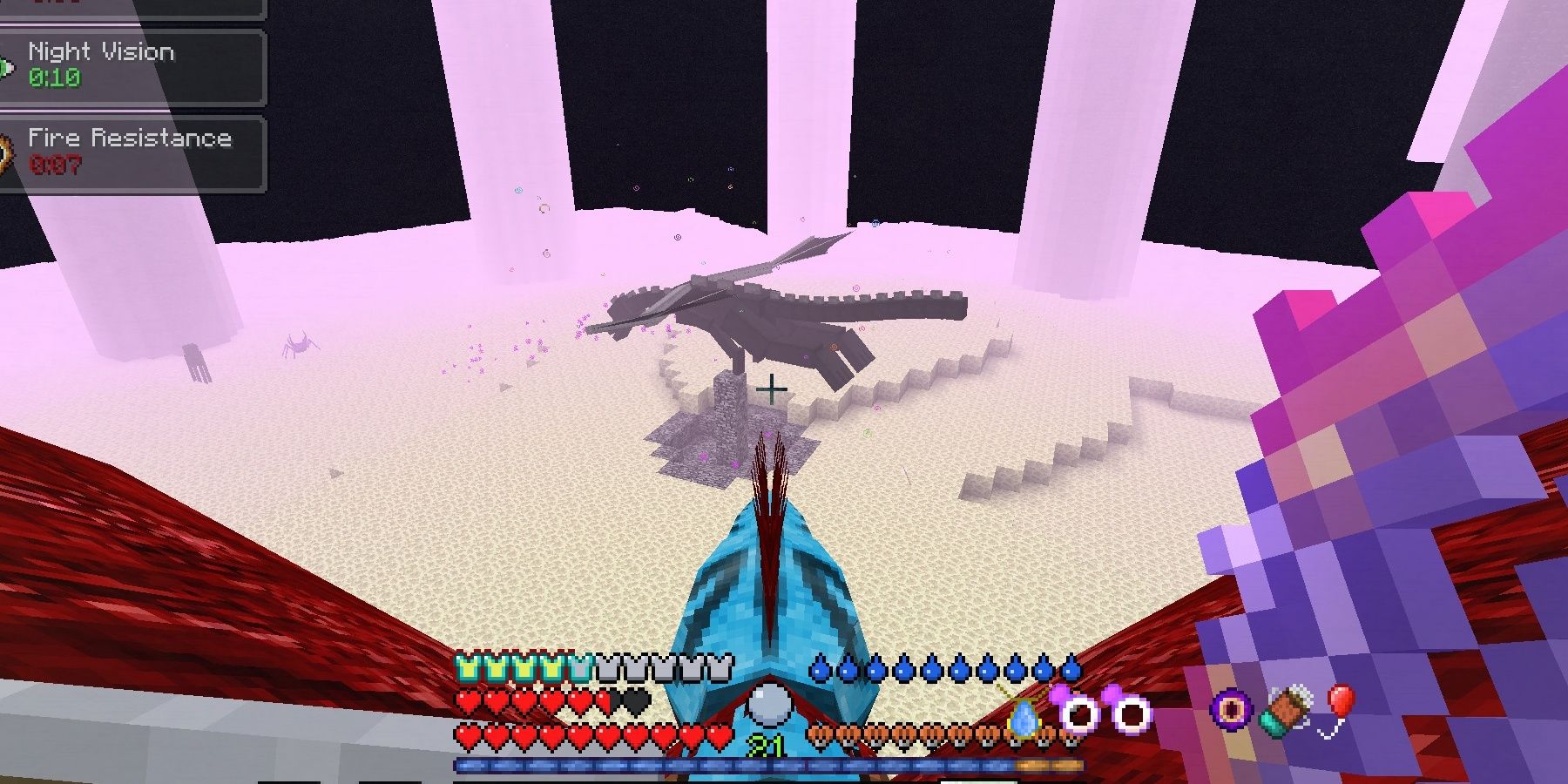 For some Minecraft veterans, the thought of killing the Ender Dragon is pretty underwhelming; they basically farm it at this point. But RLCraft is for players looking to punish their hubris, as you'll find a lot worse than Endermen scurrying around the Void. Flying mobs will suck you over the edge of the floating islands, and Chaos Mobs will cause Instability, making you jump randomly.

But at the end, it's all for the experience points, and unlocking the rest of the Void. The dragon can still be shot at with a bow, and your best bet at avoiding the other mobs is to bring a trusty flying steed. If you're still feeling unsure of yourself, craft an End Chest to put all your items into before you plummet to your doom. 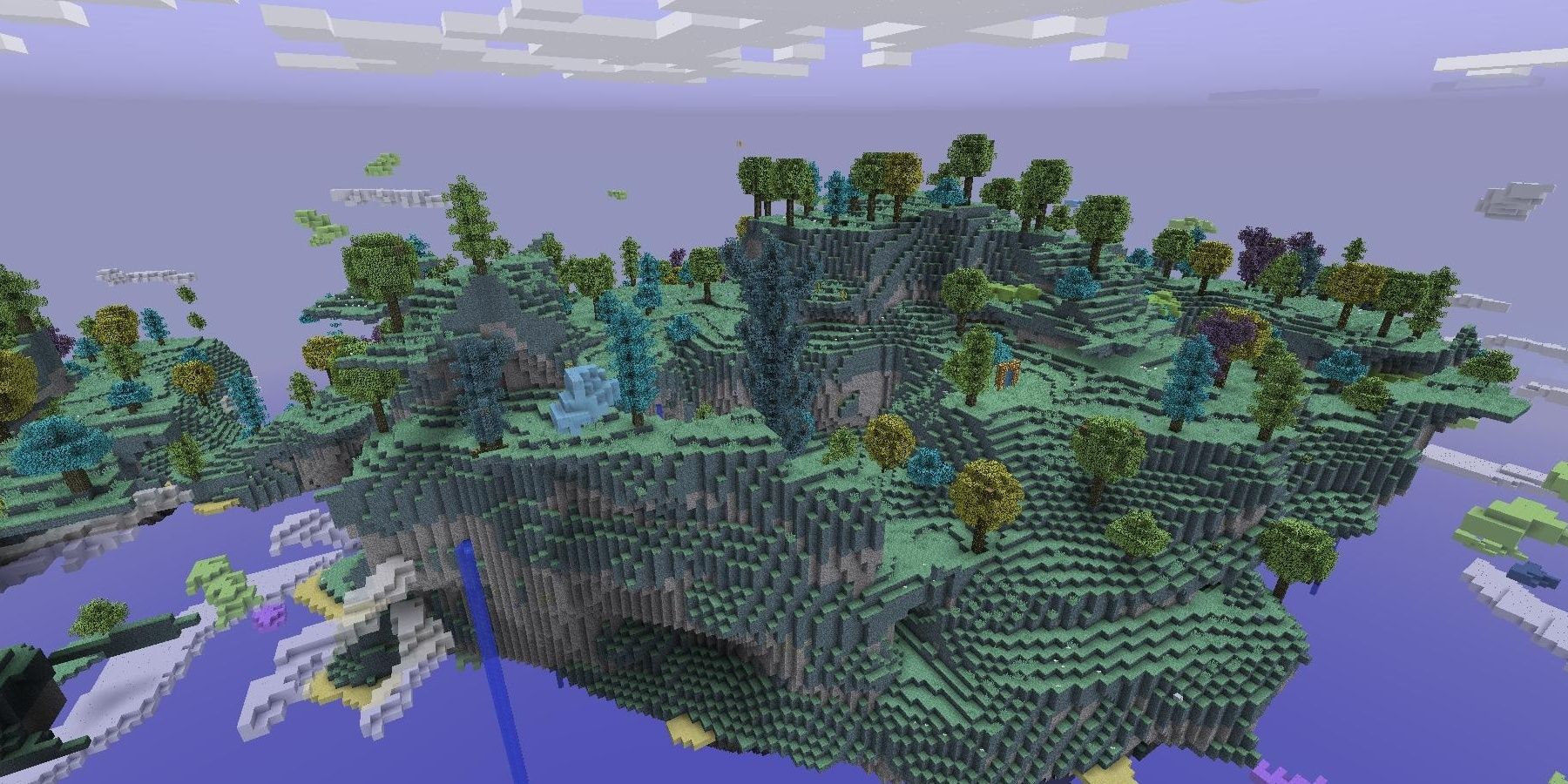 Is the basic dimension not doing it for you anymore? Are the randomly generated endless dungeons, loot and bad guys too boring for an expert such as yourself? Then craft a magical portal to another realm and try out your luck there. For a mystical quest in a shadowy woodland, simply jump into the Twilight Forest. Fireflies and flying books inhabit this whimsical dimension.

If you're prepared to freeze to death while flying, then visit the Aether by crafting a portal of Glowstone and water. There are dimension-specific bosses here, along with fluffy friends and pastel trees. But if all of these sound too cute, then throw your life away in the Lost Cities, a dimension of skyscrapers and hoards of enemies. There's no way home from here without defeating every wave successfully. 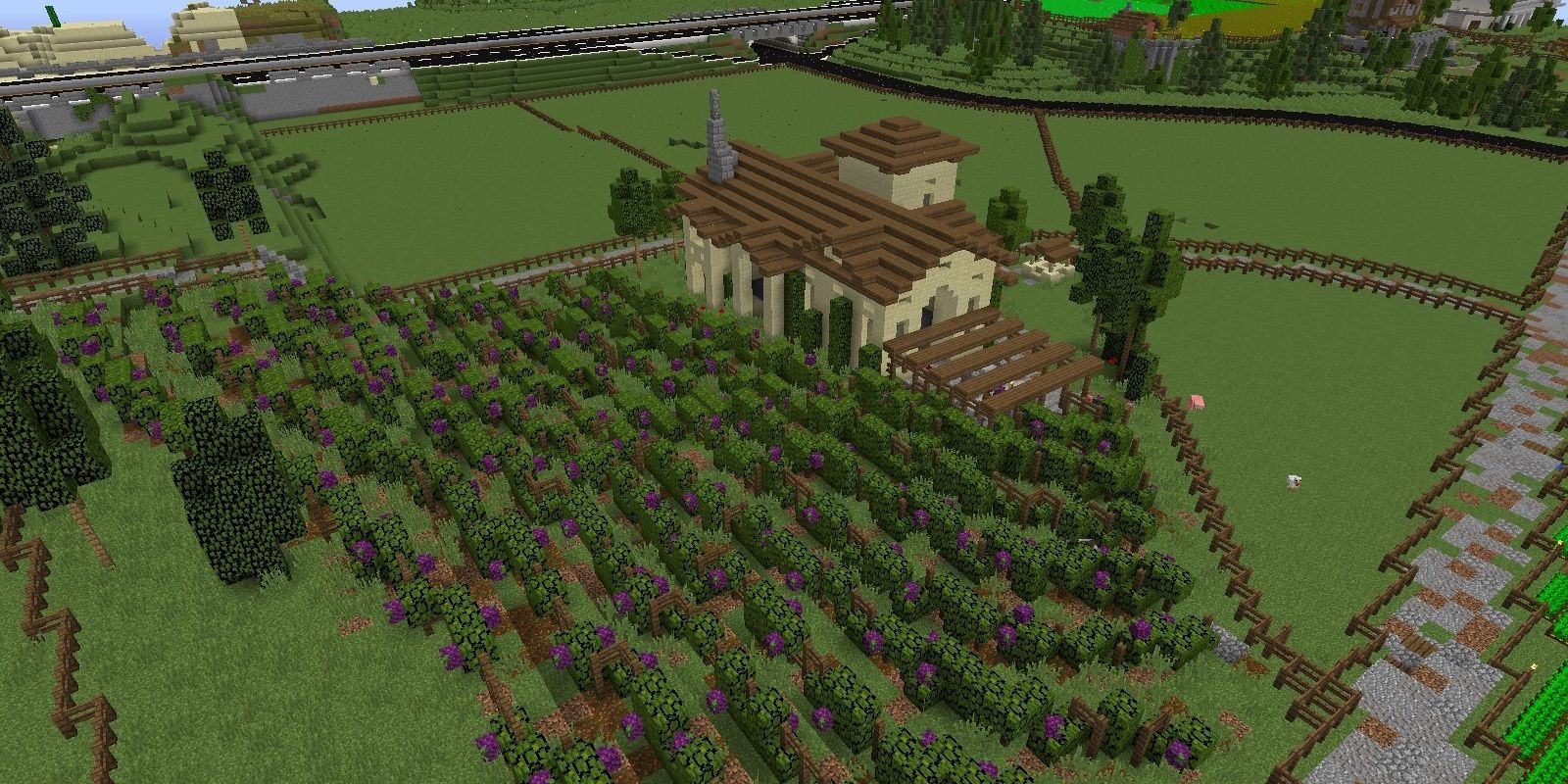 When you've maxed out your skill trees, defeated every boss from every dimension, and strut your stuff in a fresh Golem suit every day, maybe it's time to retire. Wander your world until you come across some grape seeds, then plant them beside a trellis to discover your favorite varieties. From here you can stomp the juice yourself, and ferment different qualities of wines, taking your time to get the yield just right.

Combining a high-quality wine with an Ankh Shield and a Battle Burrito will make any player basically unstoppable. Or, you could sit back in your castle, relax, and just watch the sun set on your world.