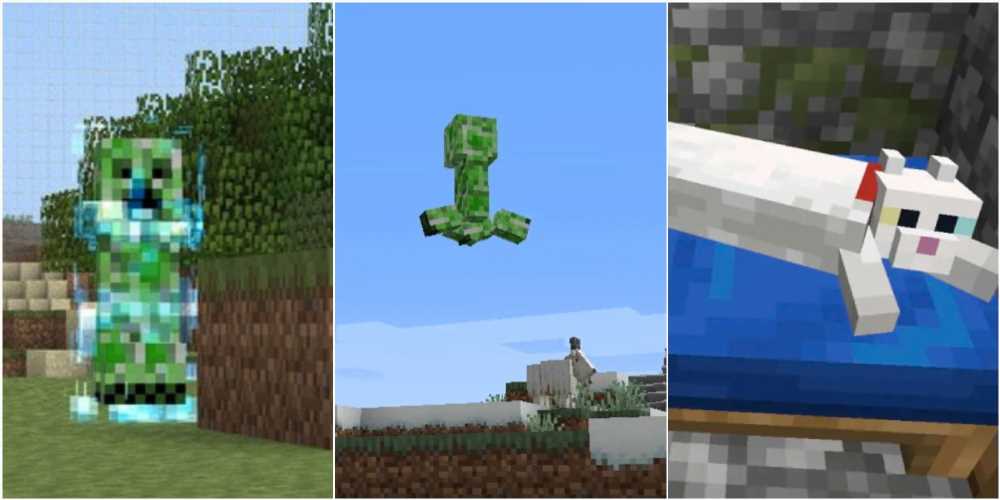 Minecraft is an amazing game. It’s full of endless possibilities, offers unbridled creativity and is incredibly moddable. It is the perfect time waster and a great game for kids to enjoy in their downtime. However, there is one wrinkle that simultaneously makes Minecraft an enjoyable yet nightmarish experience.

Of course, we’re talking about creepers. These little guys have a long history, having been in Minecraft since 2009. There are so many amazing facts about them that many players still don’t know about to this day. From cat phobias to a rivalry with goats, these facts will sure make you a little less bitter about them destroying your home.

5 Apparently, They Have Cat Allergies 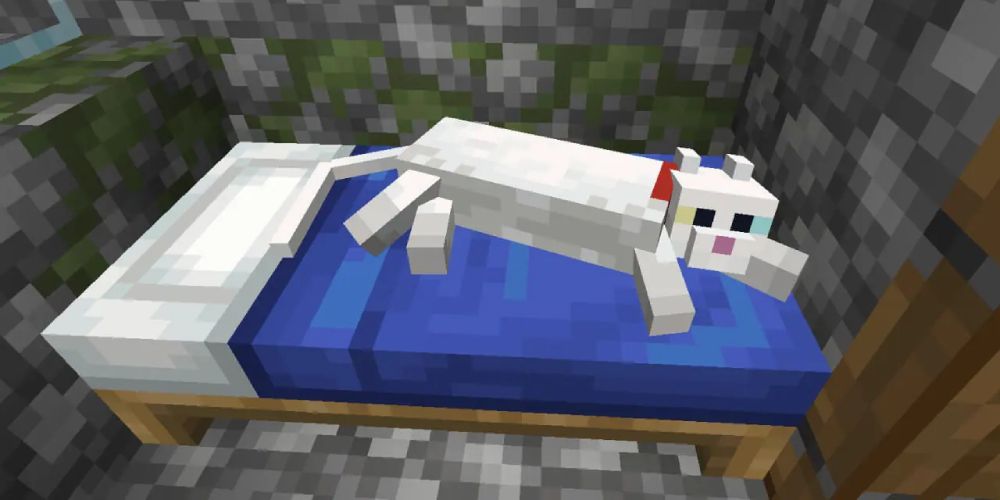 It’s a well-known fact that creepers pretty much hate everything. They’ll blow you up, they’ll blow your mates up, and they’ll even blow up that innocent chicken that was just minding its own business. However, there is one species that creepers simply cannot stand. They’re deadly, will invade your home and take over your stuff, leave a mess everywhere they go and leave dead animals by your doors. That’s right, this terrifying creature is known only as The Cat!

For whatever reason, creepers are deathly afraid of cats and ocelots. They’ll immediately start running away from these furry creatures the moment they get within range. This is despite the fact that cats and ocelots won’t bother attacking creepers. Like at all. They just remain seated watching as the creeper runs for its life. Where this animosity towards our feline friends comes from beats us. But surely there’s a deep history between these two species just waiting to be unraveled in a ten to fifteen minute long YouTube video. 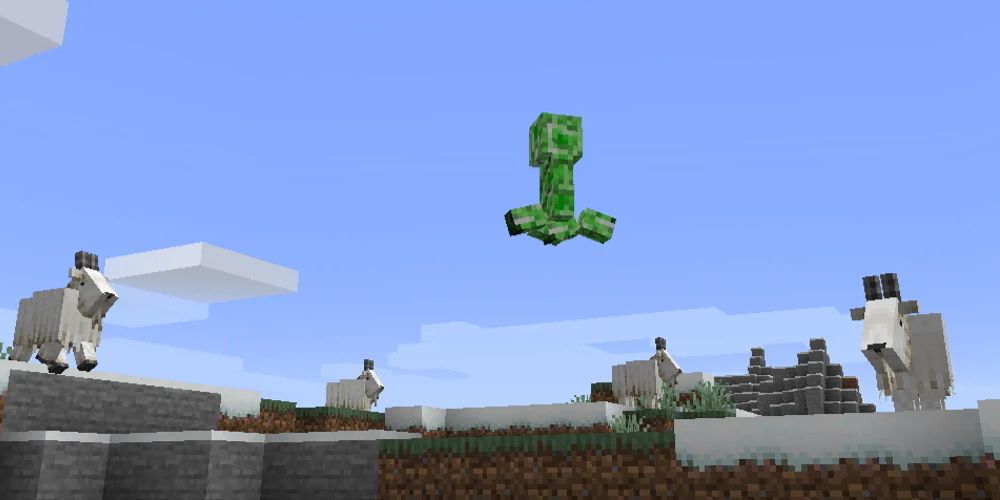 This entry makes sense right? We don’t need to clarify any further than the title, surely? No? You don’t know why goats really really hate creepers? Well, frankly, neither do we. You see, goats have a tendency to wildly attack creepers without cause at a moment's notice. One minute the two are peacefully sitting side by side and the next a goat is trying to ram its horns into the creeper’s face.

Like the whole creepers hating cats thing, this one doesn’t make much sense, especially since creepers are essentially scared of the wrong mob. In fact, it makes so little sense that it was initially reported as a bug. That’s right, someone thought it was so weird that they couldn’t fathom it being a reality. However, good old Mojang set them straight and listed it as “Works As Intended”. What a strange and surreal world we live in. 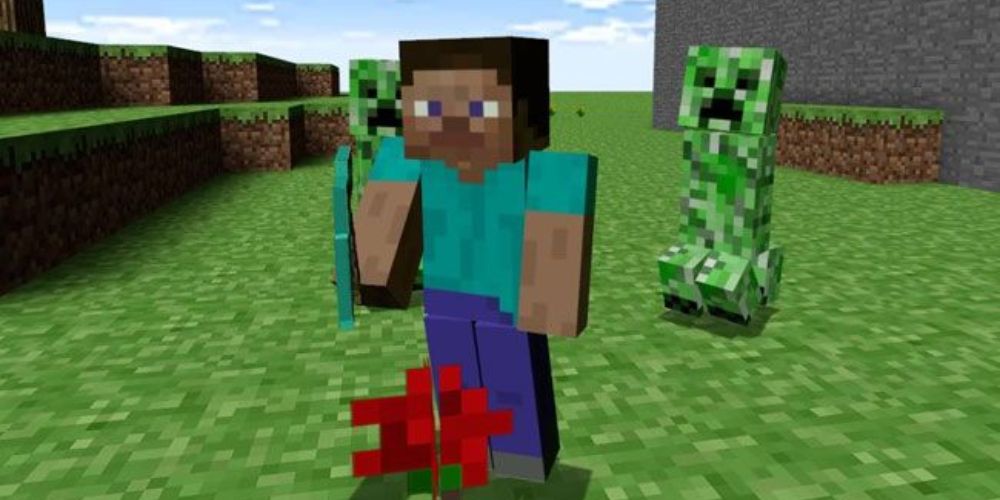 Creepers are pretty terrifying mobs in Minecraft. They have a habit of destroying the things you love the most, ruining hours of work and making you turn the game off quicker than it takes an Enderman to teleport out of the rain. Basically, they make Minecraft the amazing survival game that it is. However, what makes them infinitely more, well, creepy is their complete lack of unique movement sounds. Essentially, they sound just like us when they walk.

This means that should you be roaming around the wild collecting materials to finish that sweet dirt house you’ve been working on for five hours, your footsteps crunching against the dirt beneath you will sound exactly like a creeper’s. The same applies when you’re in the water, as creepers share the same movement sounds there too. The only way you’ll know if a Creeper is coming to get you is if it starts hissing. But by that point, you’re pretty much screwed anyway. So, good luck with that.

2 Don't Let It Get Hit By Lightning 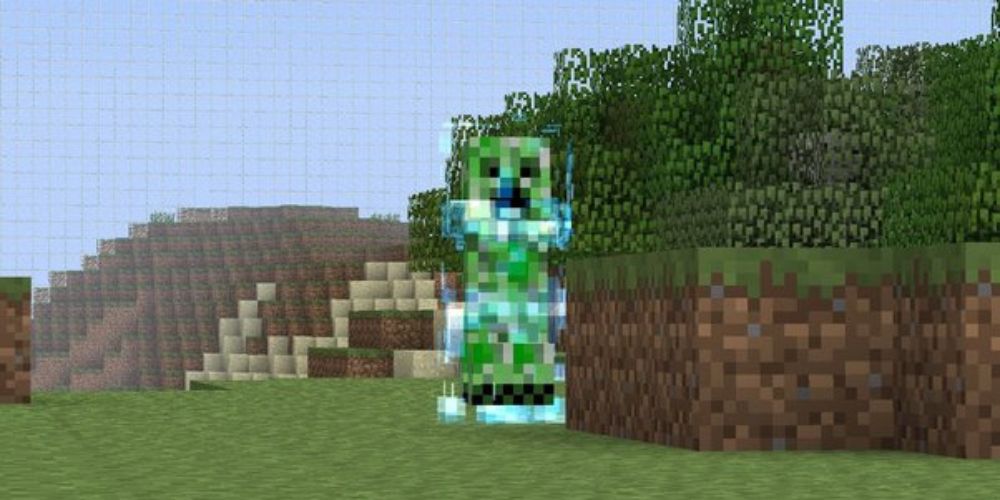 Generally, your arch-nemesis getting hit by lightning is not a bad thing – in a video game mind you. To watch the things that normally blow you up get destroyed by a singular bolt of lightning is terrifically exciting. Unless, of course, it's a creeper. In which case, keep it as far away from lightning as possible. In fact, make it your roommate, give it a cup of tea and chat to it about the latest Marvel show until the storm passes.

A charged creeper – one that has been struck by lightning – is absolutely deadly. How deadly you ask? Fifty percent more deadly than TNT. That’s right, their explosion is fifty percent more painful than a regular block of TNT. Whereas a normal creeper may just destroy a side of your lovely dirt home, a charged creeper will completely and utterly annihilate it. Fortunately, charged creepers have a handy blue glow around them to signify they’re ready to pop. So, stay as far away from these guys as possible. Or else! 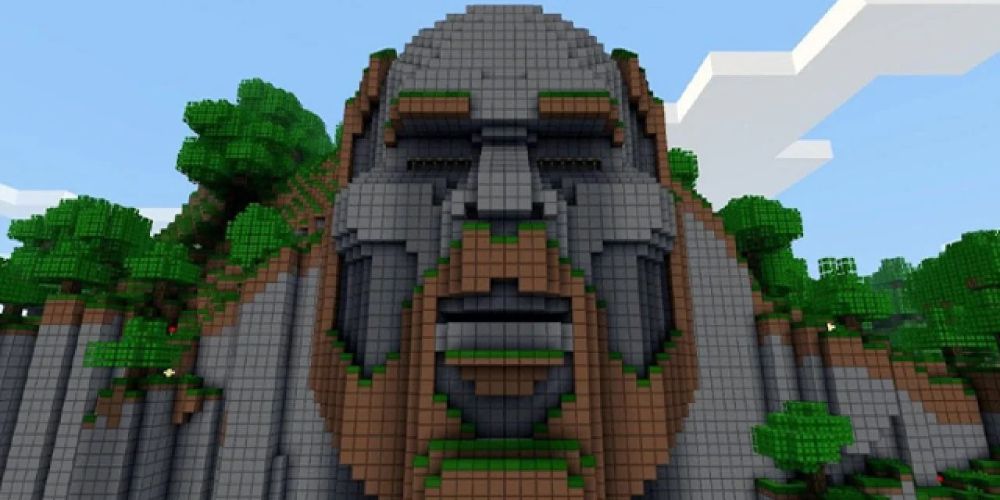 Like a lot of the mobs in Minecraft – well outside of skeletons and zombies – creepers don’t make a lot of sense. Sure, you can explain them away as weird green tall things that explode. But if we’re all being honest with each other here, does that really sound logical. Of course, Minecraft isn’t a logical world. But in the context of blocks that interact semi-realistically and magical dragons that live in a different dimension, creepers are just plain bizarre. We understand Endermen, but creepers, really?

Anyway, apparently, we’re not alone as Notch himself once said that he too didn’t know why creepers are the way they are. In a Twitter reply all the way back in 2010 – it’s hard to believe that decade even existed – he said “I’m not sure why they explode.” If he doesn’t know, then we’re not sure how we’re supposed to wrap our heads around it. He also said that he imagines them being like leaves, which is a fun idea but when was the last time you saw a bunch of leaves explode. Never? That’s what we thought. We’re just going to chalk this one up to yet another thing that makes no sense in Minecraft.