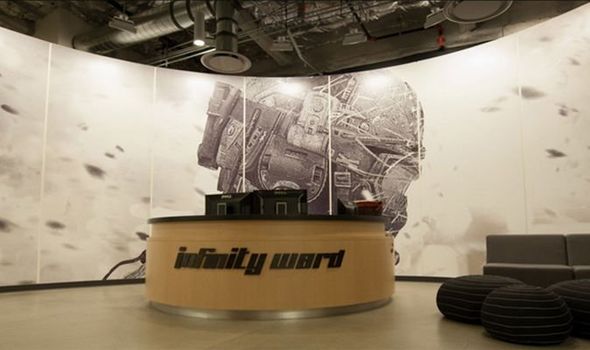 Call of Duty Modern Warfare is being revealed later today, May 30, on various streaming platforms.

But before that happens, we’ve had a few juicy leaks, providing an early glimpse at the new Modern Warfare game from Infinity Ward.

It appears new images have been sourced from a Call of Duty Modern Warfare Premiere trailer posted yesterday.

This was an official post to the COD YouTube, but it appears that it also contained low-res clips from the upcoming reveal.

These confirmed that the new Call of Duty game of 2019 would be called Modern Warfare, while also providing a few seconds of footage.

And as you might expect, this new slice of COD information doesn’t provide much in the way of details.

Fans can see a group of soldiers jumping out of an aeroplane and traversing an urban area.

No clues point to if this is part of the new story mode or a showreel for the upcoming multiplayer experience.

One of the biggest pieces of new information shared is the key art from the game, as well as the upcoming title, which had already leaked.

There’s also a piece of the image which appears to confirm an October release date, although it’s very blurry and hard to make out.

If that is proven correct, it would mean that Activision is ready to stick to the earlier release window started by Black Ops 4 in 2018.

Other leaks and rumours have already been shared about the upcoming title, although none of them has been confirmed by Activision.

This includes the company offering components of Free-to-play content with Call of Duty Modern Warfare.

A new Battle Royale mode would be the perfect way to incorporate something like this and a feature that Black Ops 4 toyed with.

This included making Blackout Mode free-to-play for a short period of time on PS4, Xbox One and PC.

But these reports remain mere rumour for now and must be taken with a big pinch of salt.

Another piece of information fans will be hoping to hear today is whether PlayStation or Xbox have locked down an exclusivity deal for Modern Warfare.

There have been no leaks suggesting that this has happened and it’s a subject we may learn more about today.

Activision has confirmed that the worldwide reveal for the next Call of Duty game will take place at 10am pacific time (6pm UK time) on Thursday, May 30.

Call of Duty Modern Warfare is rumoured to be a soft reboot and take inspiration from the controversial No Russian mission in MW2.