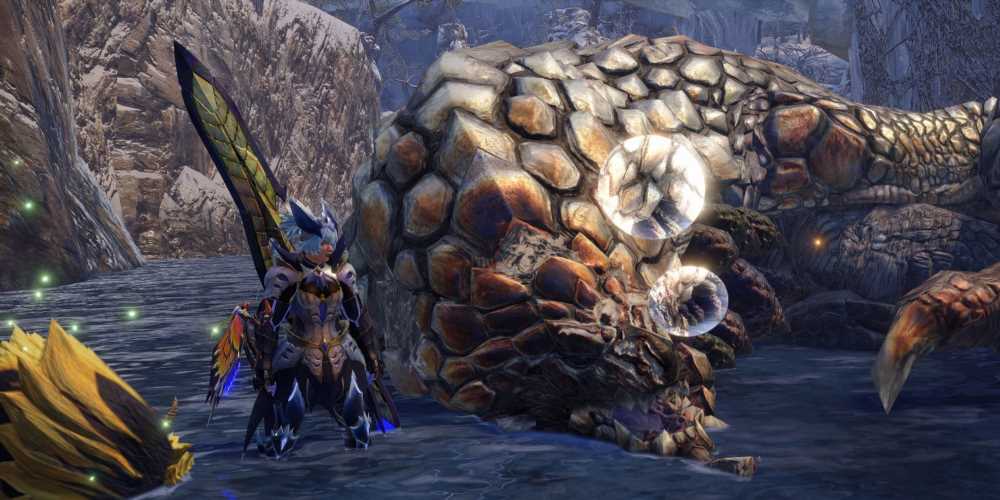 Monster Hunter Rise: Sunbreak brings players to the Elgado Outpost, where the residents of a fallen kingdom try to claim back their home from the influence of some malicious monsters called the Three Lords. In an adventure as dangerous as this, there are plenty of monsters to hunt, and even more mysteries to unveil.

After you start progressing through this expansion, you will gain access to new quests, challenges, and missions, and one of those will be "Bag A Bazel, Yeah?". This side quest will see you facing a Bazelgeuse in battle in order to obtain a new armor set as a reward, and here's everything you need to know about it.

Bag A Bazel, Yeah? Side Quest 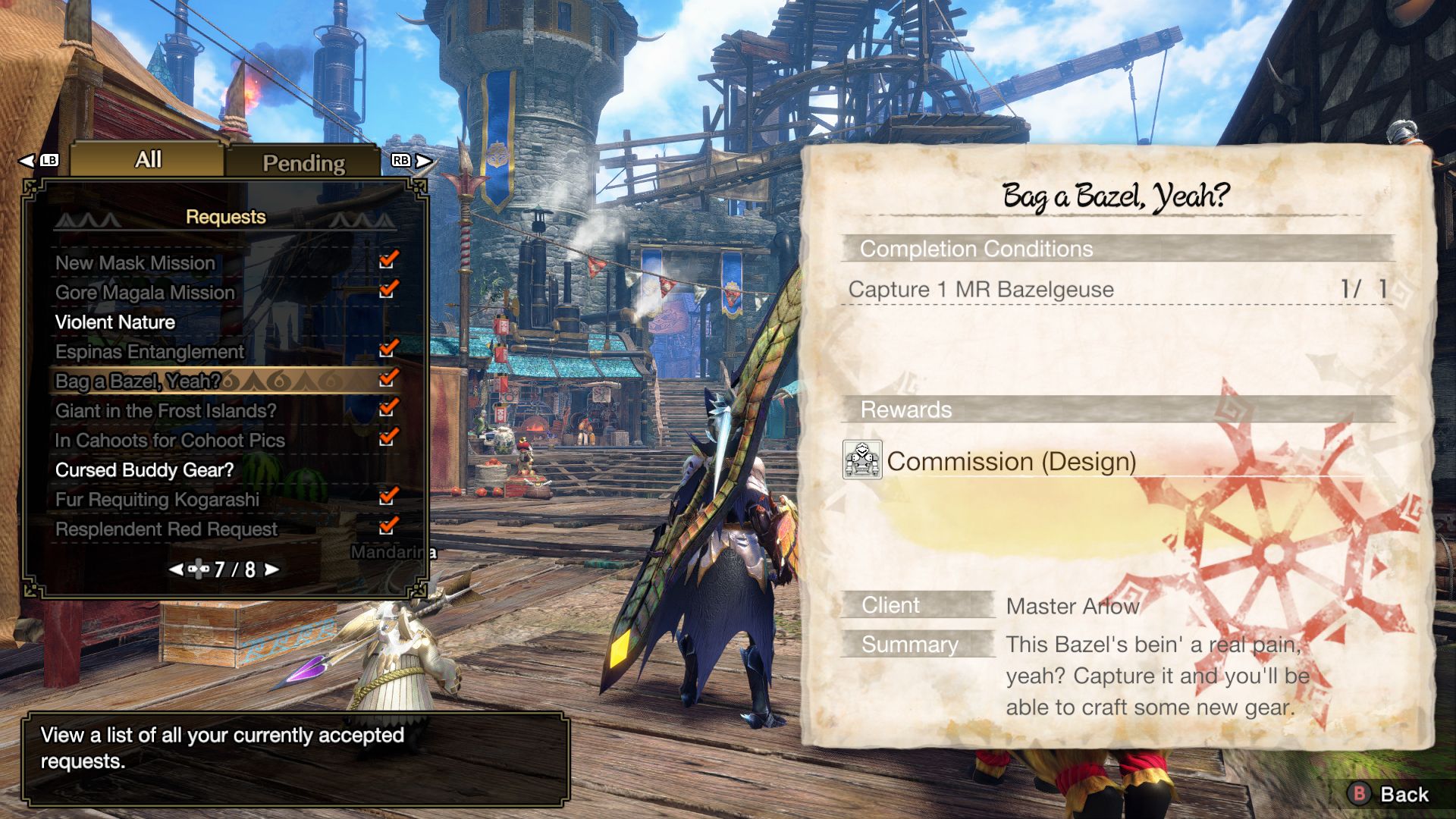 In the Elgado Outpost, an illustrious NPC called Arena Master Arlow will give you this side quest. You can find him standing by himself near the tavern.

To complete this quest you must capture a Master Rank Bazelgeuse, and while it doesn't matter if you do it solo, in online multiplayer mode, or even through a Follower Quest accompanied by other NPCs, you must specifically capture this monster, otherwise, it won't even count. Bazelgeuse is particularly weak against Thunder element and equally weak against both Slashing and Bludgeoning Damage, so take whatever weapon works best for you and take advantage of its elemental weakness to hit it harder.

Once you're done with the side quest, go back to Master Arlow and he will reward you with a new armor set blueprint for your hunter. 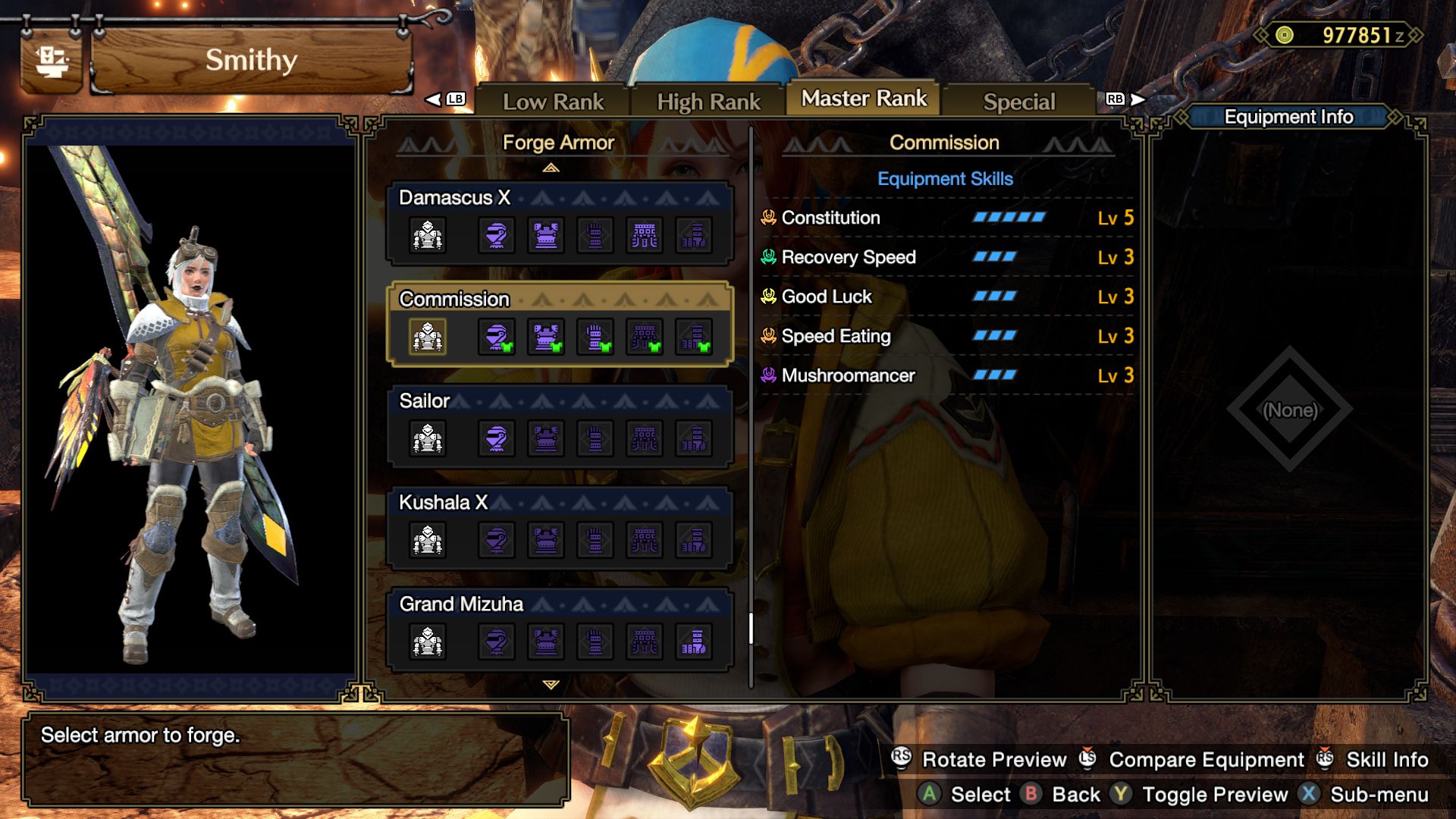 The reward for completing this quest is the Commission Armor Set blueprint, which you can build using Conqueror's Seals and a variety of monster materials, bones, and minerals. This set is modeled after the looks of the Quest Handler, your cheerful NPC companion of Monster Hunter World and Iceborne, and it will give you the following armor skills: