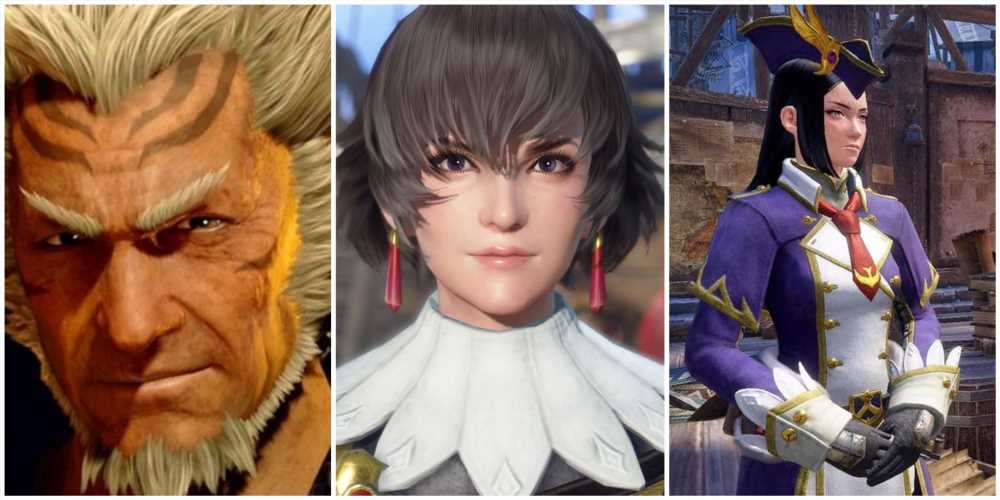 The Monster Hunter series has always had a loveable set of characters, though they've not always had the chance to shine, the stories of these games being as threadbare as they are. Sunbreak isn't a dramatic improvement in this regard, but being able to actually hunt with many of the important characters adds a bit more depth to them.

Letting Hinoa and Minoto actually hunt together, having Utsushi finally show off those supposed skills he's always had, and making pairings you might've never expected is a great way to see more of these characters. Plus, their AI is actually surprisingly intelligent, having enough nuance to showcase the unique aspects of each character without actually messing with the flow. 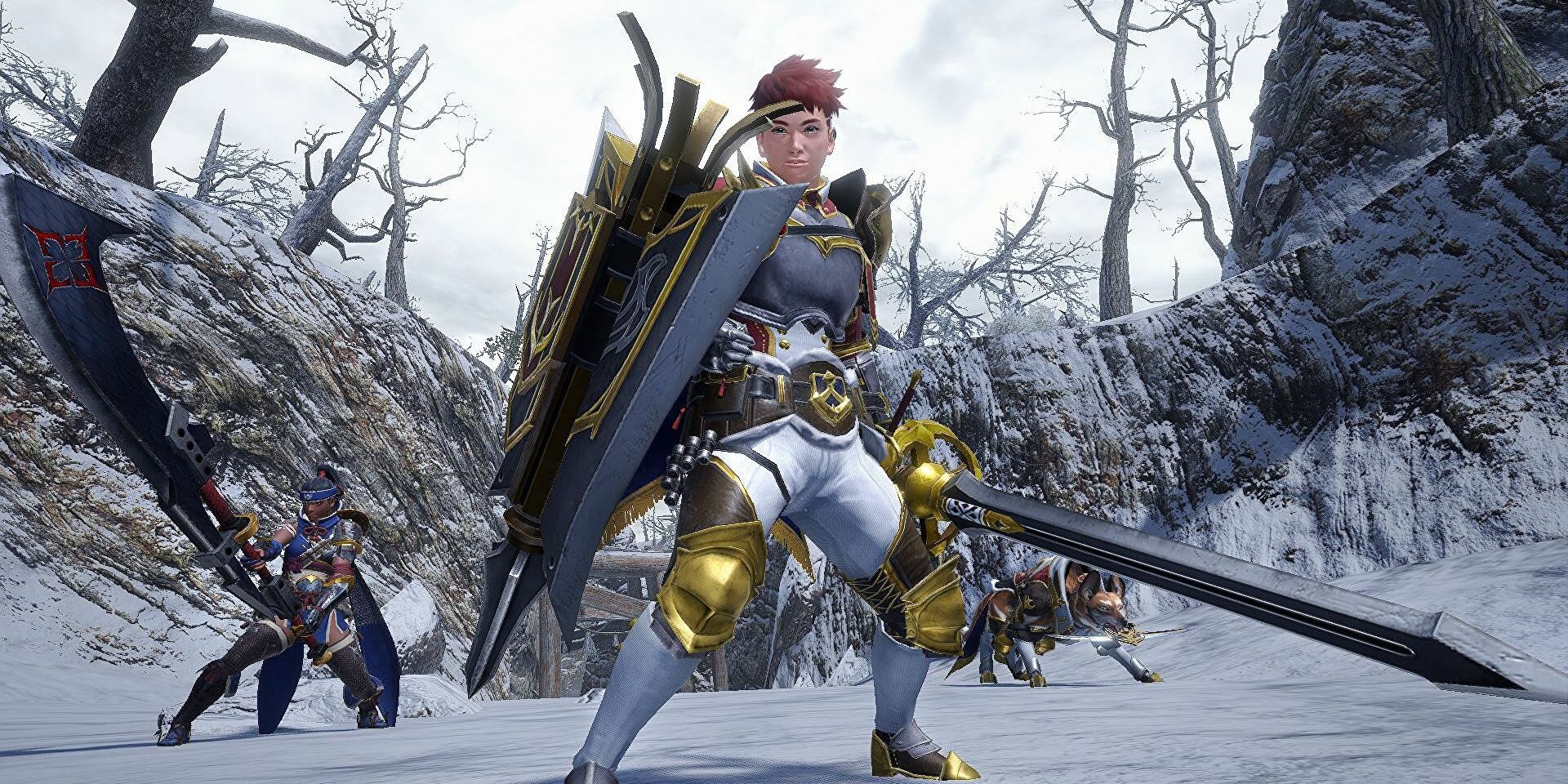 Jae is one of the new characters added in Sunbreak, a novice knight-in-training. He's an energetic sort, always ready to head out on a hunt, and is maybe a little overzealous too, throwing himself into the deep end to prove himself. He's also a big fan of Admiral Galleus, no surprise.

Actually out on hunts, Jae is that same joyful guy who wants to prove himself. He's a heavy hitter, vying for the more complex weapons, and can definitely take a bit of a beating. The thing is, that overexcited nature means he sometimes runs into the face of danger without much coordination or thought for his own health, so make sure to keep an eye on him. 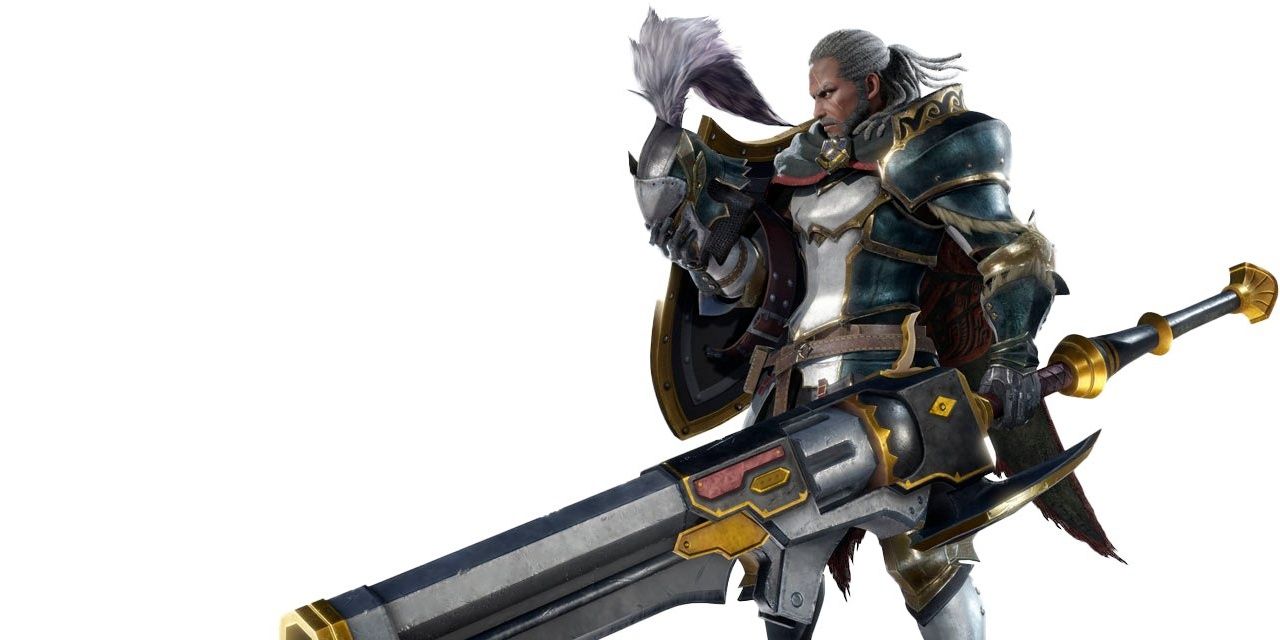 Arlow fulfills the same role for Elgado as Utsushi does for Kamura. He doles out combat advice for the hosts in the arena and so on. He's something of a veteran, offering more by ways of advice than pure action due to his age, but that doesn't stop him from journeying out on hunts with you every now and then. Even an old Canyne can learn new tricks.

Arlow wields some heavy weapons, but he actually plays a defensive role, being a tank with his high HP and skills that boost basically every one of his resistances. He'll take the brunt of the damage, but you'll still have to put in work to finish the hunt. 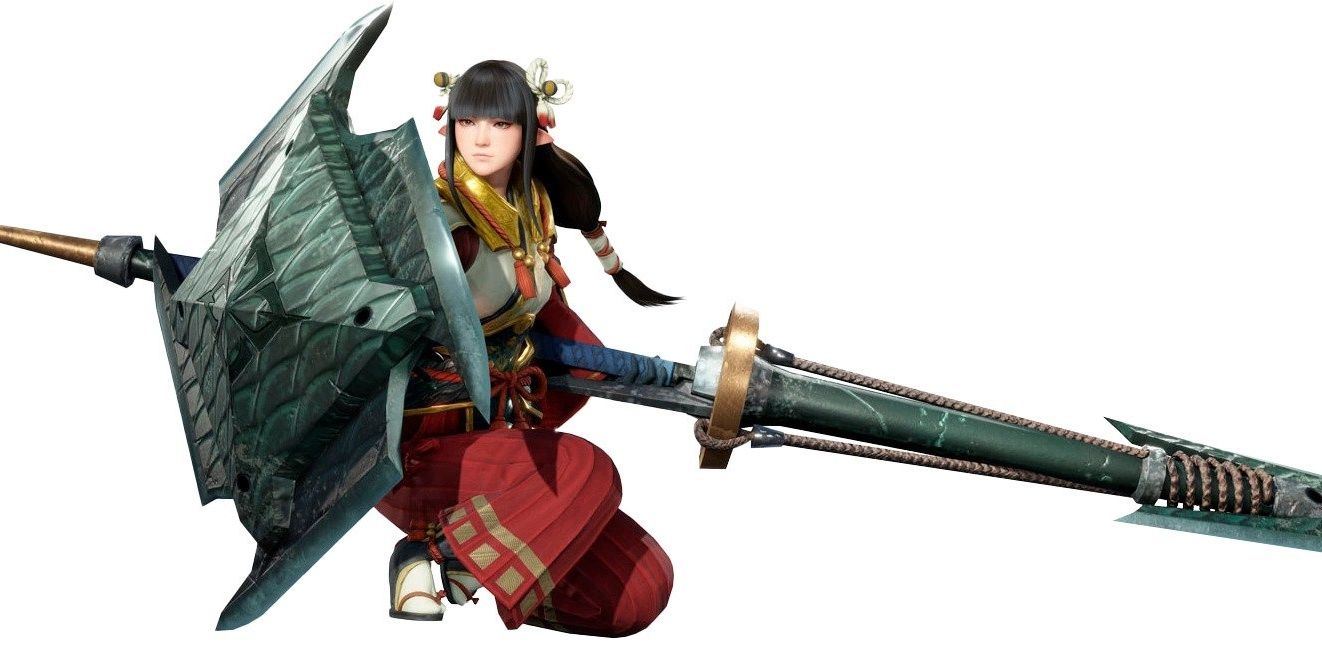 One of the Village Maiden twins from the base game, Minoto has known your player character since they were young, and is crucial in the story. She's deeply supportive of her sister, wishing only to keep her safe, and maybe even be a little bit more like her.

Minoto carries over that protective spirit in her hunts too. Once again, she plays a defensive role, but she has even higher HP than Arlow and the ability to buff you if she's equipped with a Hunting Horn. However, she's no slouch with her Lance either, keeping monsters effectively pinned for you to pummel them. 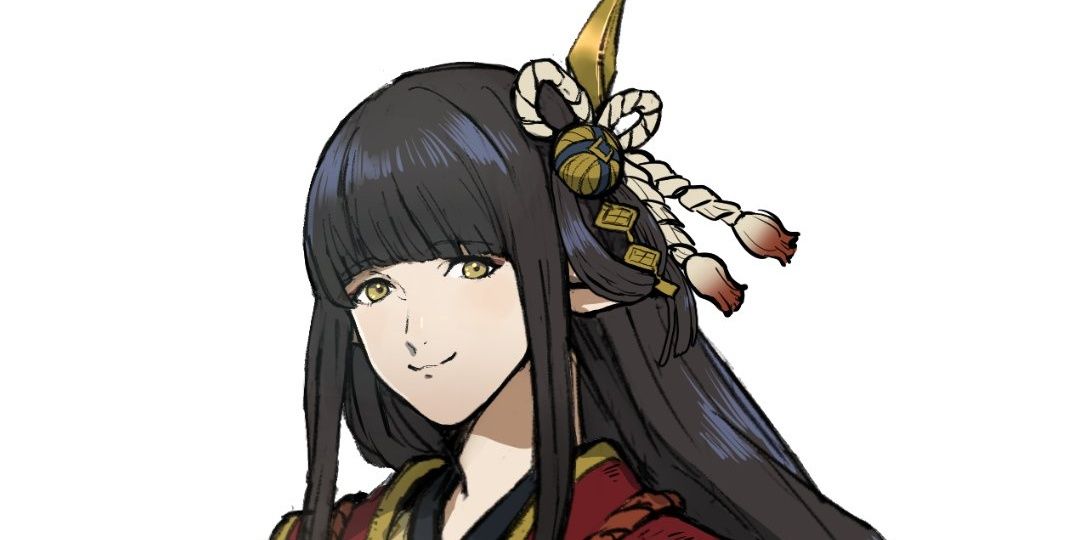 The second of the Twin Maidens of Kamura Village, Hinoa is a bright light in the village, able to uplift everyone's spirits no matter the scenario. She's a carefree soul, not burdened by any worries. She's also a tad obsessed with Bunny Dango, which just so happens to fit into her hunting style.

When out on hunts with the player, Hinoa takes on that of a support role. She tries her best not to attack enemies unless she absolutely needs to, using a Light Bowgun and Bow to keep that distance. She'll keep your health topped up and do her best to buff you, especially if she's equipped with a Hunting Horn. 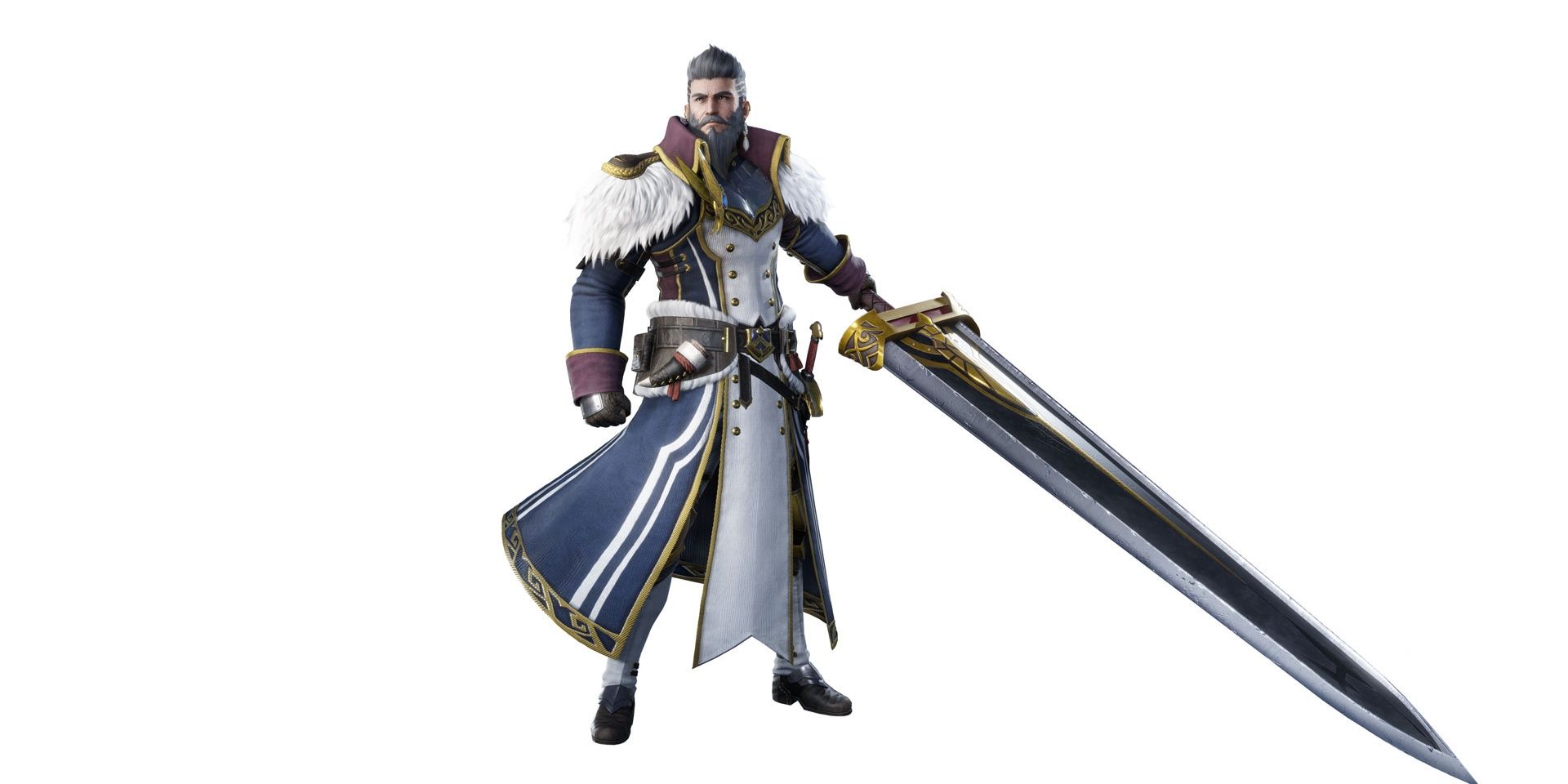 Admiral Galleus is Elgado's replacement for Elder Fugen and a man just as fearsome, if a tad more upright and imposing. He's a direct man, carrying for the people around him but determined to push through any issue that arises no matter what. He's yet to fail his people yet.

This plays well into his hunting role. Galleus fits a support role by the game's own definition, though in truth is more of a blend of that and a tank. His weapons are varied between fast and slow, but many of his skills rely on keeping his own special effects up to let him take a real beating while still putting on pressure, giving you ample time to attack in between. 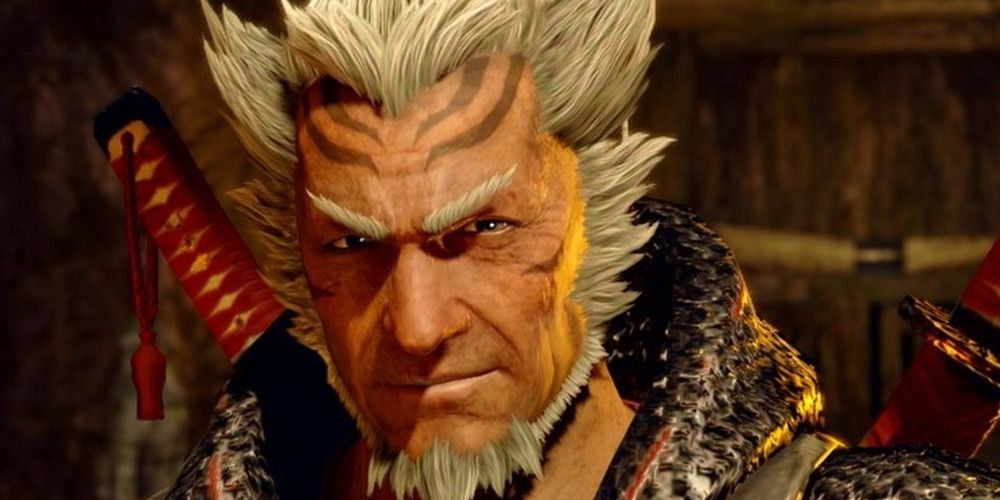 Fugen is the leader of Kamura Village, acting as a father figure to everyone there. A daddy even. He has a long history of hunting alone, making a renowned name for himself that's never lost its luster. He's a tough leader, pushing everyone to excel through rigorous challenges, but he's also a loving guy that can probably be heard laughing the world over.

Out in hunts, he lives up to his reputation. He's an offensive character, but a careful one. He won't rush into battle, he's too smart for that, but he'll make sure every hit counts. He only has three weapons to choose from but they all offer varied playstyles to fit the hunt, and his skills make sure none of those hits go to waste. 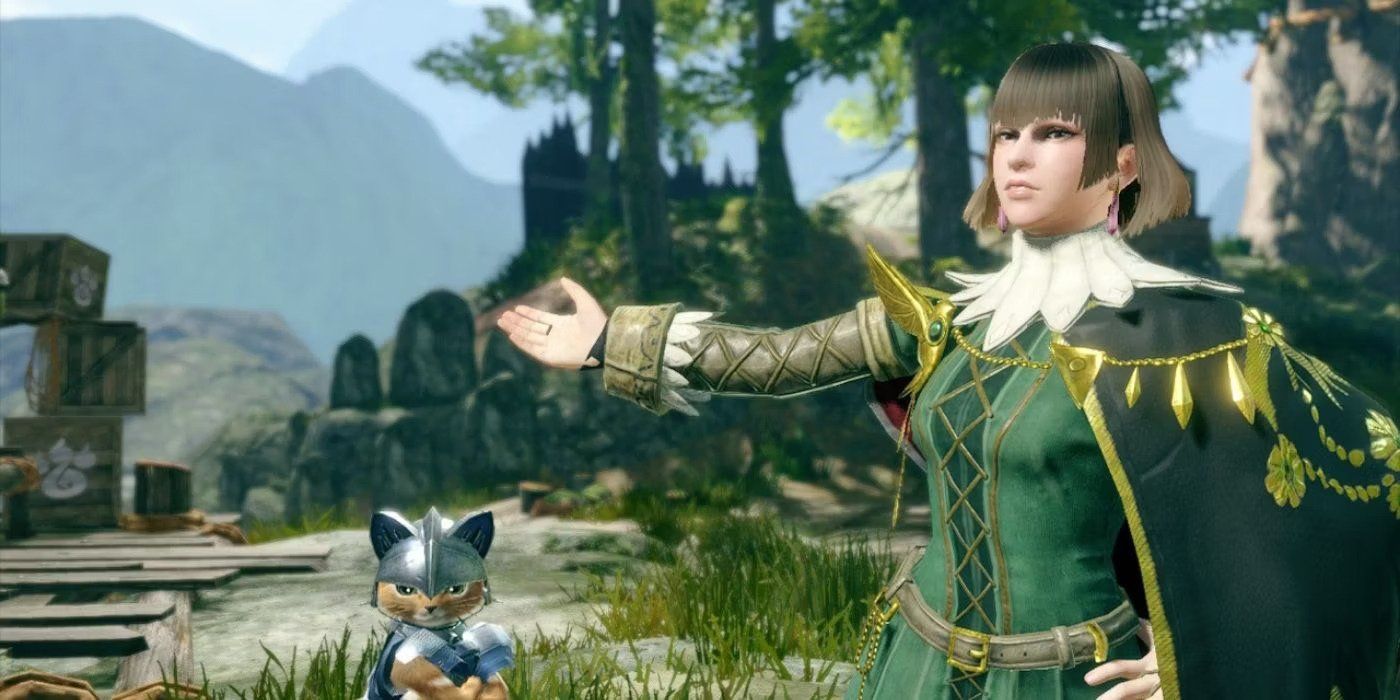 Rondine was always an interesting face in the base game. Operating a merchant vessel of dubious origins, she was always hiding something. Which just so happened to be that she was moonlighting as a merchant while she was in actuality a knight from the Kingdom and sister to Fiorayne. Fancy that.

That merchant persona doesn't go to waste though. While out on a hunt, she uses either a Longsword, Switch Axe, or Insect Glaive and is happy to carry her own weight in the middle of battle. Where she really shines though is in her use of items she's gained as a merchant. They offer varying effects, and plenty of her skills make sure those items stay effective for as long as possible. 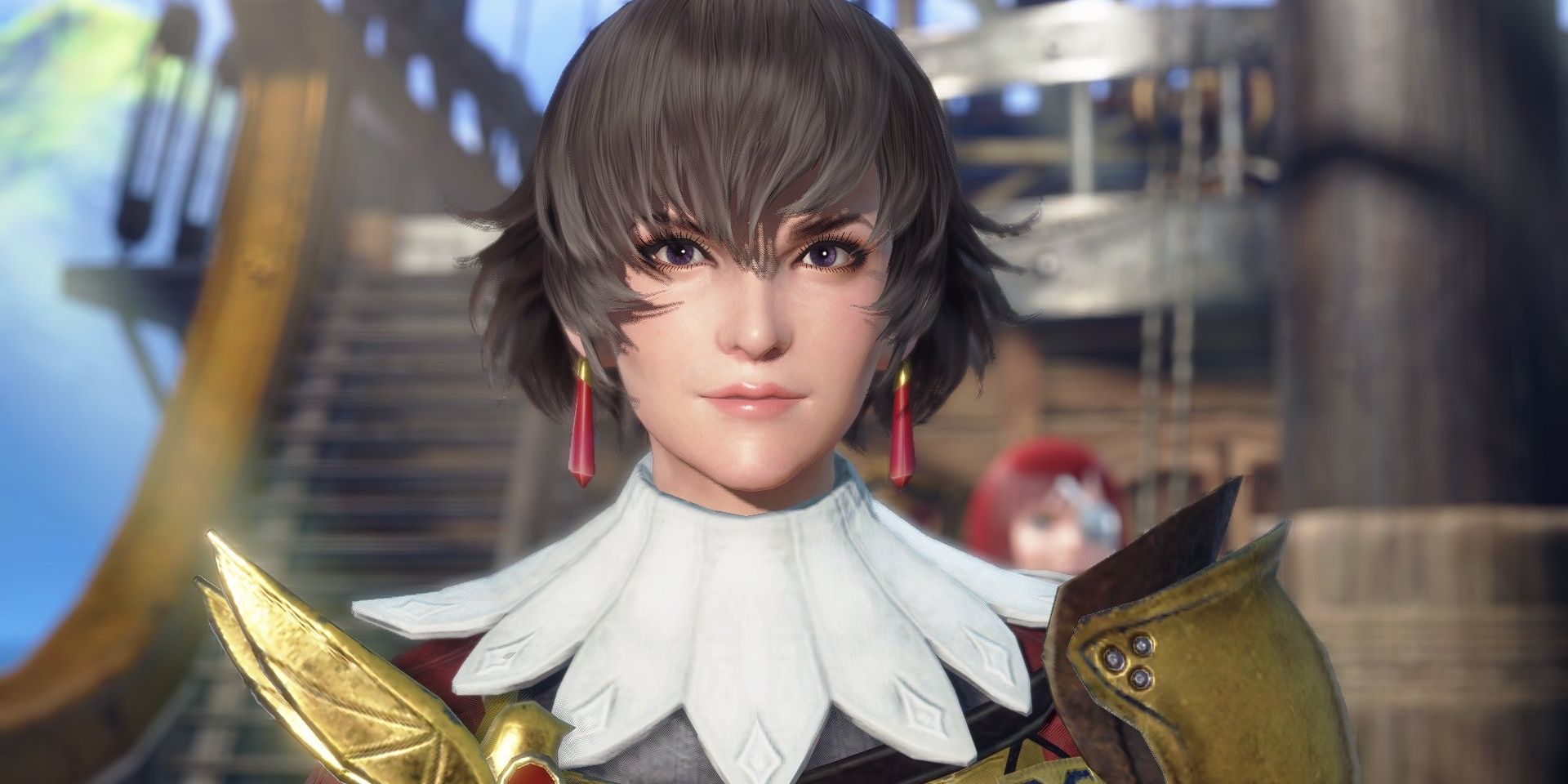 Fiorayne is the first face from Elgado you're introduced to, and she makes quite the impression. She's a serious person, but it's only because she wants to do right by everyone. She's quite the opposite of her more outgoing sister, but she also has a softer side in certain scenarios.

Her training as a knight was thorough though. She's the first follower you unlock for surveys, and though she doesn't have anything particularly special to her, that almost makes her more effective. She has a great variety of weapons to choose from, is careful but tactical with her attacks, and even makes sure to keep you healed when possible. She's an all-rounder who is surprisingly great at most things too. 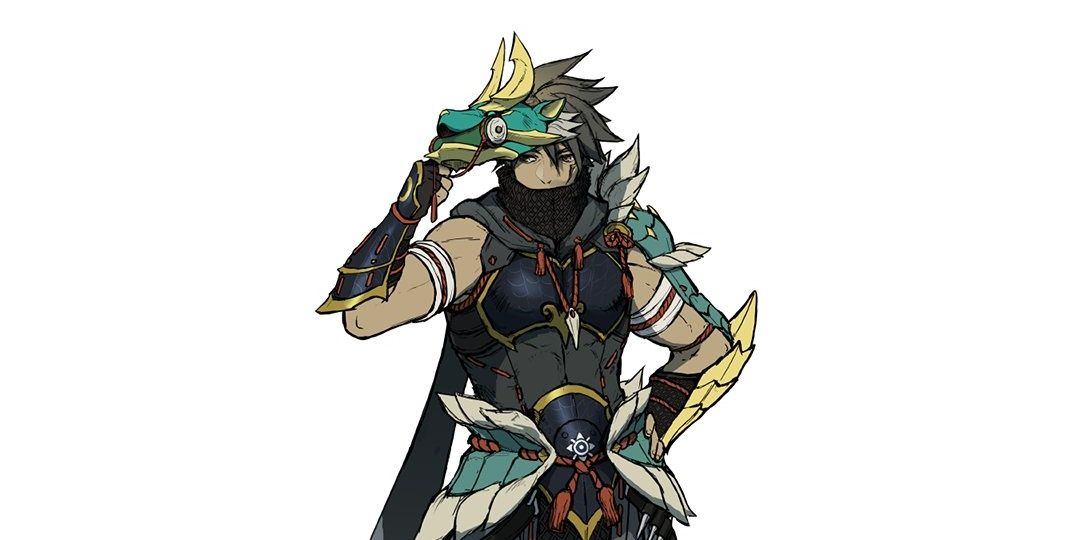 Utsushi is Kamura Village's resident hunter mentor, a man who's utterly delighted to showcase his skills and pass them on to you. The funny thing is though, you never really get a chance to witness those skills in the base game, so you somewhat have to assume your skills are his, in a way. Well, Sunbreak puts his talent on full display.

Utsushi is pretty special as a follower. He's a somewhat offensive character, maybe even a bit too much, but his versatility is immense. Not only does he frequently use various traps and bombs, but he's also capable of using every single weapon type. Couple this with him being one of the few followers able to perform Switch Skill Swaps, he's hard to pass up. No wonder your own hunter is capable of such versatility. 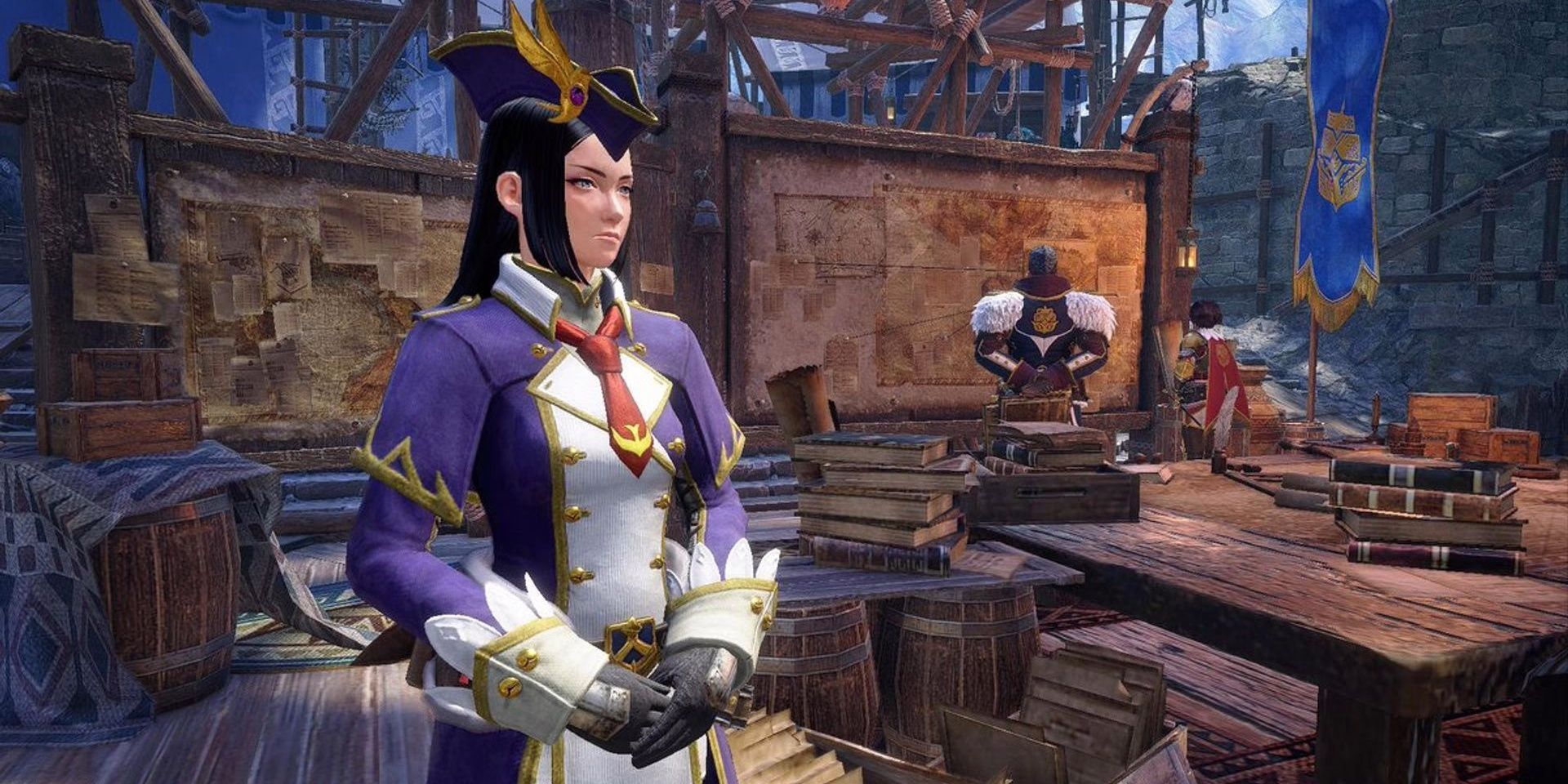 The first moment you meet Luchika, she may seem somewhat unassuming. She's stern, dedicated to her job, and grateful for your help. Then her reputation at Elgado starts to spread that maybe she is a little too excited about something. No, not about her research. About hunting. She loves hunting monsters.

The thing is, Luchika is ideally not someone you'd actually want to bring on a hunt with you. Every other character will heal you given the opportunity, but not Luchika. As soon as a monster appears, she gains a singular focus in this world, and that is the monster's annihilation. She will faint, she will plant bombs. Things will most definitely go awry. But absolutely there is no other experience in the game, online or otherwise, quite as chaotic as hunting with Luchika.