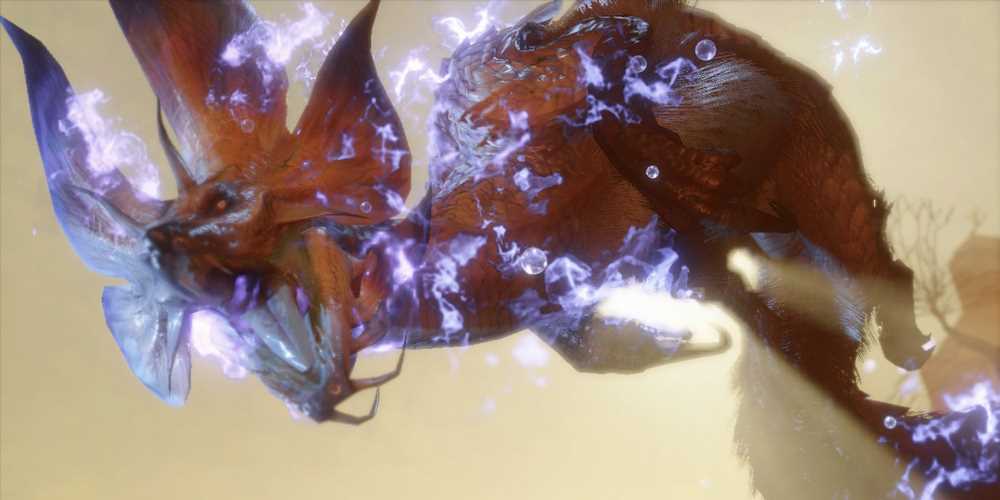 Monster Hunter Rise newest Title Update is here, taking the hunt to another level with newly introduced layered weapons, missions, and monsters to challenge in combat. These subspecies are new versions of well-known monsters, sporting new and dangerous moves and elemental attacks!

One of the new additions is the Violet Mizutsune, which is blue and white, weirdly. While there are numerous Mizutsune variants already out there mixing fire and water, the way this subspecies applies Fire element into its classic movements brings a whole new fight to the table, and the differences are huge enough to distance it from other versions of this beloved monster. 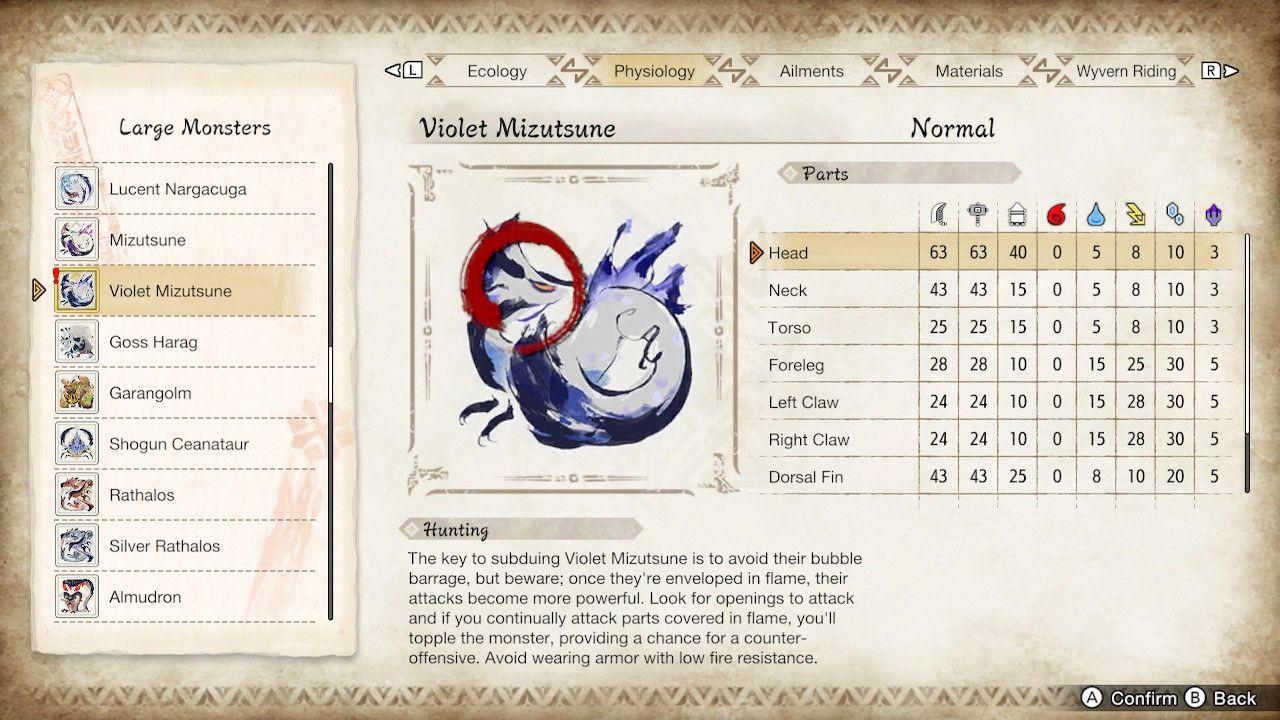 Mizutsune is the weakest at its head and neck, which are fairly easy to hit. However, its dorsal fin it's a different story, so you may need to employ some airborne strategies to destroy that part. On the Elemental side, it's significantly weak to Ice and in a minor fashion to Thunder, so you want to keep that in mind at the moment of equipping a weapon. Do not waste your time with ailments because he's pretty much resistant to all of them, and Gunner weapons won't hit it as hard as Blademaster ones, so your choices are plenty, but specific.

Given Mizutsune's weakness to Ice, you will find your best options in the likes of the Flicker Blizzard Slash (Aurora Somnacanth's Longsword), Blizzard Biter (Barioth's Greatsword), and Fengul Frostclaws (Lunagaron's Dual Blades). Keep in mind that Violet Mizutsune is pretty sturdy against any other element or ailment, although you could try some Thunder weapon lines like Zinogre or Astalos as good alternatives.

On the armor side, you will need both Fire and Water Resistance, although anything with good raw defense should also serve it's purpose. Armor sets like the Lucent Nargacuga, Seething Bazelgeuse, or Flaming Espinas should do the trick. 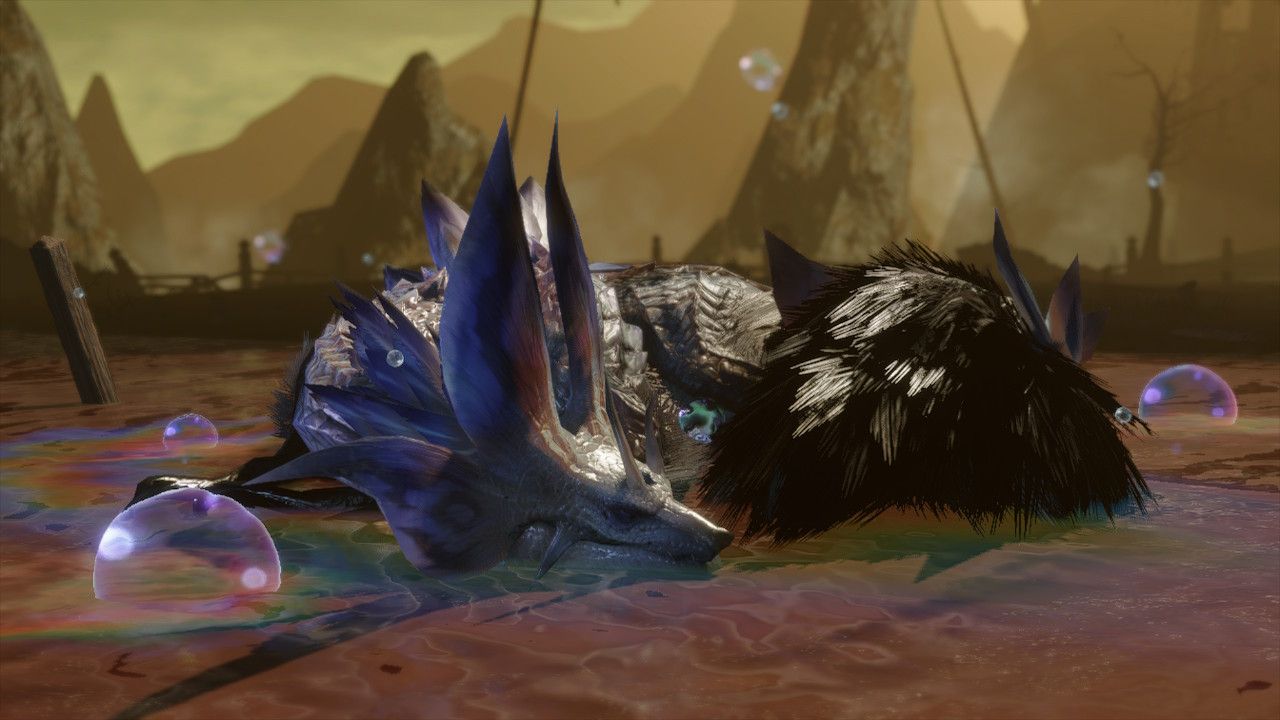 First off, let's talk about Violet Mizutsune's mobility. This dude is in another whole level of agility and annoyance, and you must step up your game. Choose weapons that can keep you as mobile as possible because you will spend a good chunk of the fight just evading and shifting positions. This monster never stops moving, and its elemental attacks accompany that, presenting a twist on the usual water shots and bubbles.

These will have new effects, with the water shots dealing both Water and Fire damage, and the bubbles not inflicting Bubbleblight anymore, but acting as homing missiles that follow you around and explode in Fire Damage instead. Violet Mizutsune's deadliest attack, however, comes in the form of a massive Exploding Bubble AoE attack, and you must get out of the way if you don't want to get wiped like a wimp. Again, be as agile and move as often as possible, and do not waste your HP getting greedy with your offensive, it's always better to be safe than sorry. 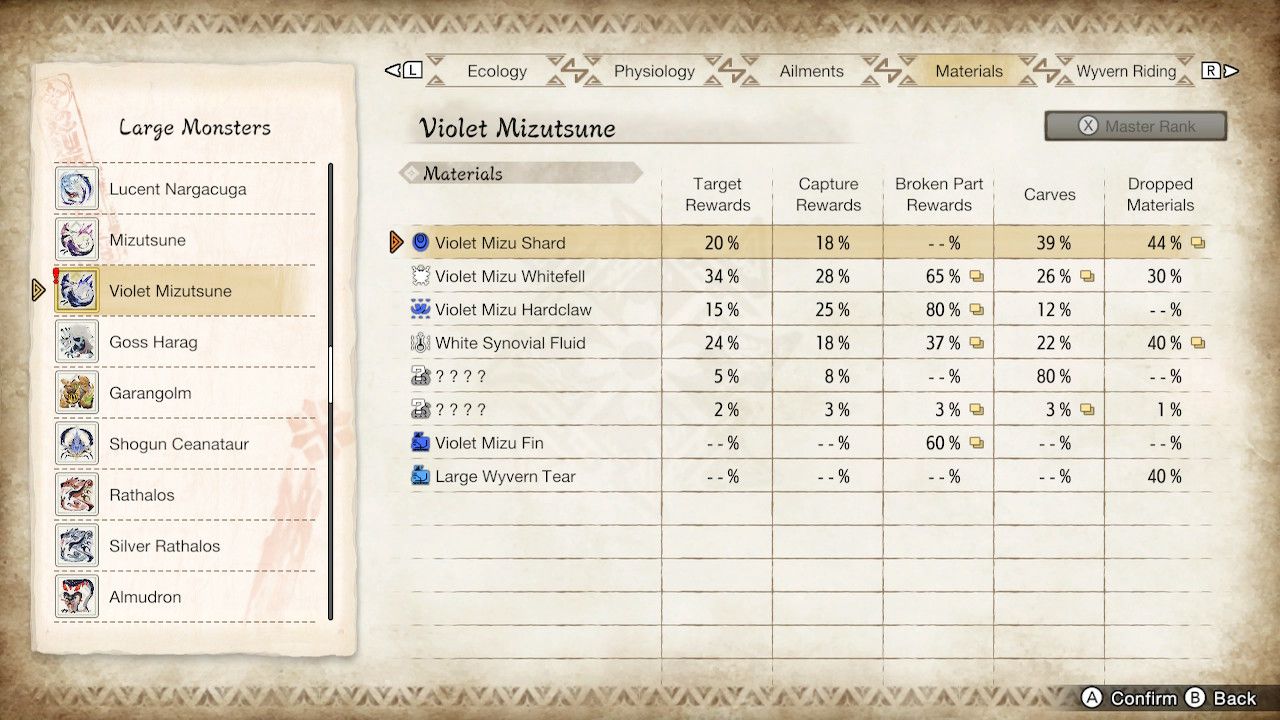 Violet Mizutsune will drop the following items after having its parts broken or being defeated in battle: