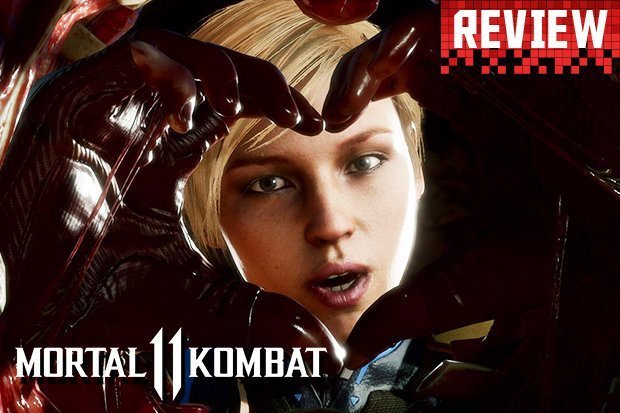 When Mortal Kombat launched earlier in the month, we had our reservations.

The game – despite being built on a decent core – was weighed down by its grind. To progress, to unlock cosmetics or power up your fighters in the hope of getting through Towers, you had to dedicate a stupid amount of time to grinding.

God forbid you wanted to specialise in more than one or two characters! NetherRealm’s first pass at the game seemed ill-advised, poorly tested and short-sighted. This was a game that was supposed to live on for years – support a rumoured 19 DLC characters – and it fell on its face at the first hurdle.

Instead of resting on their laurels though, NetherRealm listened to fan feedback and worked diligently and quickly to supply fans with a hotfix to increase rewards and reduce AI difficulty.

This is the work of a developer keen to improve on its product and take players seriously. This is a patch that has fundamentally changed the way the game works. And we feel it means the game, therefore deserves a re-review.

Everything we said what takes center stage in Mortal Kombat 11 in our original review still stands: as a 2D fighting game, Mortal Kombat is one of the best out there.

From the training suite the game offers to new players in the form of a three-tiered, in-depth tutorial to the unashamedly Michael Bay-inspired silliness of the Story Mode, Mortal Kombat 11 is a robust package – something that deserves praise. Genre rivals – Street Fighter V, Soul Calibur VI – have demonstrated that a fighting game launch isn’t always taken seriously these days, and the sheer amount of content NetherRealm has provided in MK11 deserves praise.

This was, pre-patch, inhibited by aggressive gating – locking content off behind expensive currency walls and forcing players to grind through thankless Towers in order to chip away at the Krypt (where all the best stuff is hidden in loot boxes).

Now the patch is out, we are genuinely having fun in the Towers of Time – rotating arcade ladders of enemies themed with various buffs and nerfs on enemy combatants.

Trying to figure out the best character to use against a rushdown Baraka that slows you down when in contact is legitimately fun – challenging fun! – and battering a Tower where you have to kill enemies within seconds otherwise they become too powerful really shows off the toolkit NetherRealm has developed in MK11.

The creativity the programmers have showcased in composing these Towers and making all the modifiers rhyme with each other and complement each other should not be overlooked: this is a fighting game that will endure for years to come.

And all it took to reveal this was turning down the AI difficulty and make sure AI combatants have the same health as player characters (or close enough, anyway). The challenge in Mortal Kombat 11 is fun again, and you can choose to take on more Brutal Towers if you desire – making things feel more like a ‘pre-patch’ experience.

Thanks to the higher reward rate, the fairer AI and the refocus on letting players steadily unlock in-game elements, Mortal Kombat 11 has gone up massively in our estimations.

Pair that with some solid netcode and a remarkably well-balanced cast of characters, and we’re happy to review our score of Mortal Kombat 11.

This is one of NetherRealm’s best ever games – offering more than fan-favourite MK9 and doing it better than MKX.

In light of the changes we’ve seen since the patch, we think MK11 may be one of the best fighting games released this generation. And we don’t say that lightly.