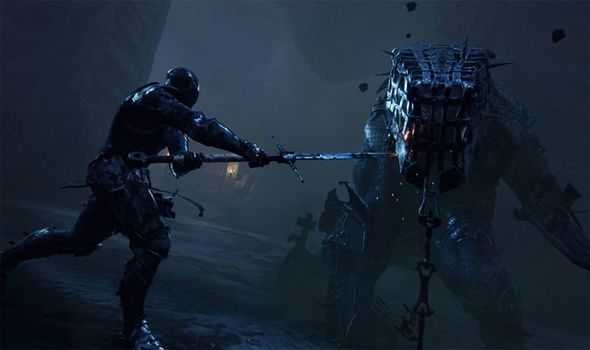 Mortal Shell is coming to PS4, Xbox One and the Epic Games Store this week, following a successful beta earlier this year. The full launch is just a few days away, but it looks like console gamers are going to miss out on pre-ordering the new title from developers Cold Symmetry. This was addressed earlier this month, leaving just the Epic Games Store as the place you can pre-order from.

“In the past month, we have received a huge number of requests to pre-order Mortal Shell on Playstation 4 and Xbox One.

“We expected an interest but nothing like this. We are truly overwhelmed and eager to repay the interest you have shown.

“We wish it were possible to open Mortal Shell pre-orders on console, and certainly we have tried. Ultimately we are unable to do this, and there will be no pre-order phase for console. For PC, you can pre-order now on the Epic Games Store.”

This means that Mortal Shell will not be appearing on the Microsoft Store and PlayStation Store to buy until the day of launch.

WHEN IS THE MORTAL SHELL RELEASE DATE ON PS4 AND XBOX ONE?

As confirmed earlier this month, the Mortal Shell release date has been set for Tuesday, August 18, on PS4, Xbox One and the Epic Games Store.

The game will also be landing on Steam, but this won’t be happening until next year, leaving a long wait for those faithful to the Valve platform.

When it comes to the Mortal Shell release time, none has been confirmed yet for any platform.

It will be worth keeping an eye on the game’s social media channels and checking the digital storefronts from midnight onwards on release day.

For those who are happy to wait a little longer, a physical release for Mortal Shell has also been announced.

This will be happening in October but will be limited to stores in Europe and North America.

A message from Cold Symmetry explains: “We’ve heard your requests. In fact, we’ve been stunned by the sheer amount of people who have asked for a physical edition of Mortal Shell.

“So we’re delighted to reveal that a boxed version of Mortal Shell is now in production!

“Due to the extra time required for manufacturing and distribution, the boxed version will arrive a little later than the digital edition.

“Please note: The PC edition of the physical version does not carry a disc – enclosed instead is a key that can be redeemed on the epic games store.

“We appreciate that many of you wanted a choice and we’re delighted to offer it.”