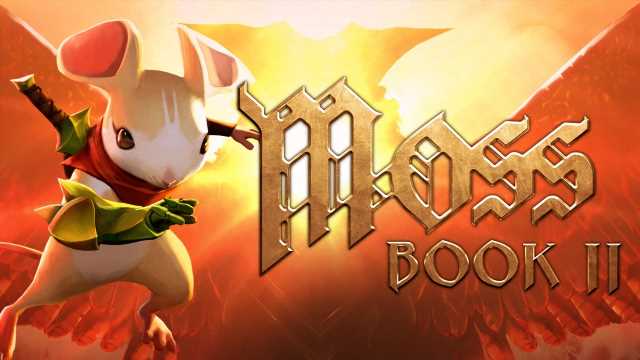 Quill’s next adventure isn’t too far off; Moss Book 2 releases in spring 2022.

Developer Polyarc stopped by the Upload VR Showcase today to confirm the news. Currently, Moss Book 2 is confirmed to be releasing on PSVR, and Polyarc hasn’t confirmed if any other versions are in the works. It’s worth remembering, though, that the first Moss came to PSVR first before arriving on PC VR and Quest at a later date. Check out the original trailer with the new end card below.

Moss Book 2 will pick up right after the end of the first game, with Polyarc promising a longer, deeper adventure this time around that continues to build on the connection players built with Quill in the original. We haven’t seen any new footage of the game since its reveal in summer, but the initial trailer hinted at new weapons, enemies and environments for the third-person adventure game.

The original Moss (which first released all the way back in 2018) remains one of our favorite VR titles, ranking in practically every one of our best VR games lists, so we’re keeping a keen eye on the sequel. Hopefully, it won’t be too much longer until we have more solid release details to share.

Moss Book 2 closed out today’s Upload VR Showcase, but there’s still plenty of other news to catch up on! Check the video above for new game announcements, gameplay walkthroughs, release date news, and a few things you can jump into today. Are you looking forward to Quill’s next adventure? Let us know in the comments below.